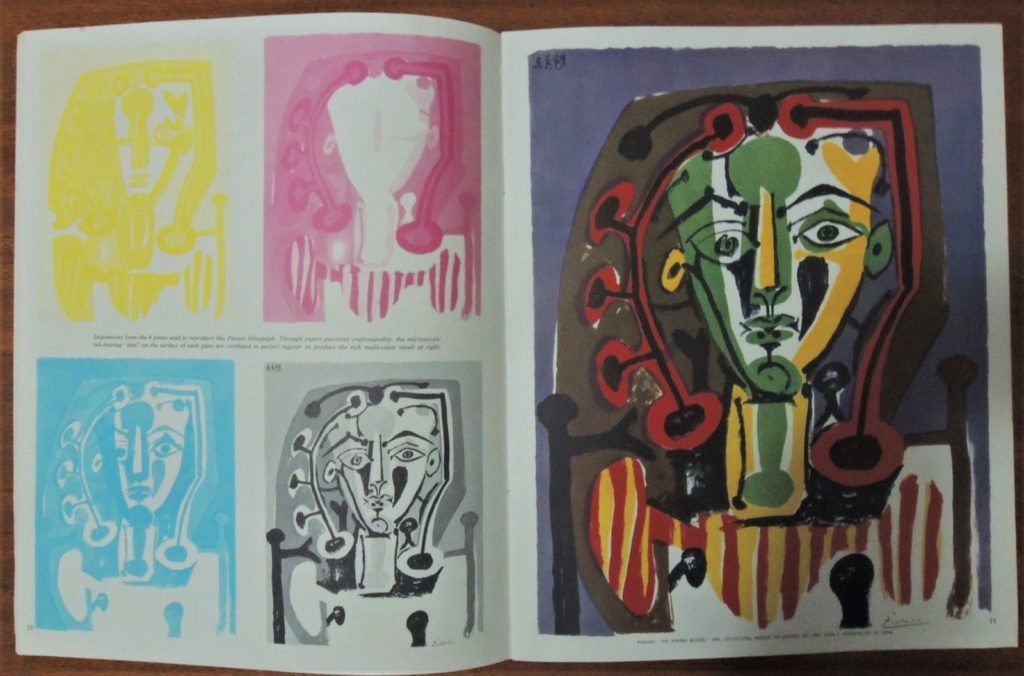 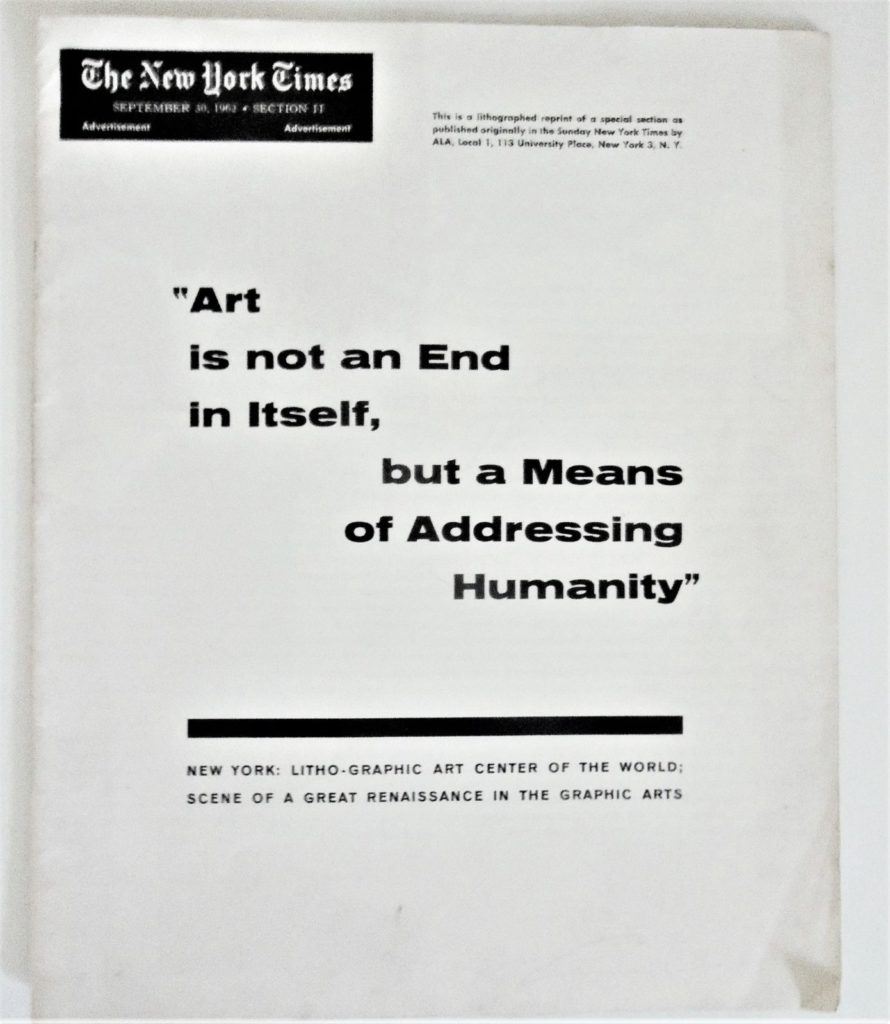 On September 30, 1962, a letter from President John F. Kennedy appeared in the New York Times. He wrote “Your two great New York ALA building projects, Litho Central City and Litho-Graphic Arts Industrial Center, are concepts which express my own philosophy that urban redevelopment must be motivated out of respect for the essential values of human betterment—education, art and brotherhood. I congratulate you, Eddie Swayduck, as president of a great union that is recognizing its responsibilities to the social community.”

Mayor Robert F. Wagner added “I congratulate your organization on its wonderful history of public service, Eddie. You can count on my enthusiastic cooperation in the development of the exciting building project, Litho Central City, sponsored by ALA Local I, and the proposed Litho-Graphic Arts Industrial Center.”

The Wall Street Journal commented “This is a union that not only accepts labor-saving devices but actually pours funds into promoting their use. This magnificent dream is actually coming true in the lithographic industry” 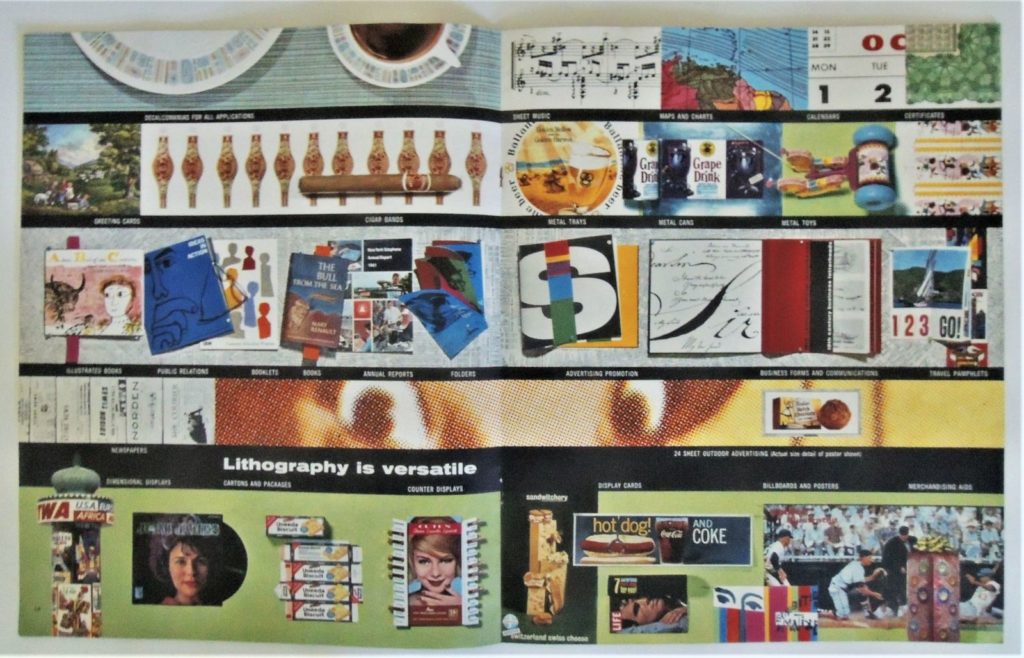 The 28-page special supplement was published in the New York Times by ALA Local 1, the labor union of the Amalgamated Lithographers of America to promote the building of two enormous complexes in Manhattan: “The litho-graphic art center of the world and scene of a great renaissance in the graphic arts.” Bold letters proclaimed “Art Is Not an End In Itself, But a Means of Addressing Humanity.” ‎  Following an extended history of lithography, page 24 notes, “Today, Litho Central City, now in the advanced stages of planning–and the proposed Litho-Graphic Arts Industrial Center …–are potent evidence of the power for progress that can be generated by a far-thinking craft union in a great industry.” 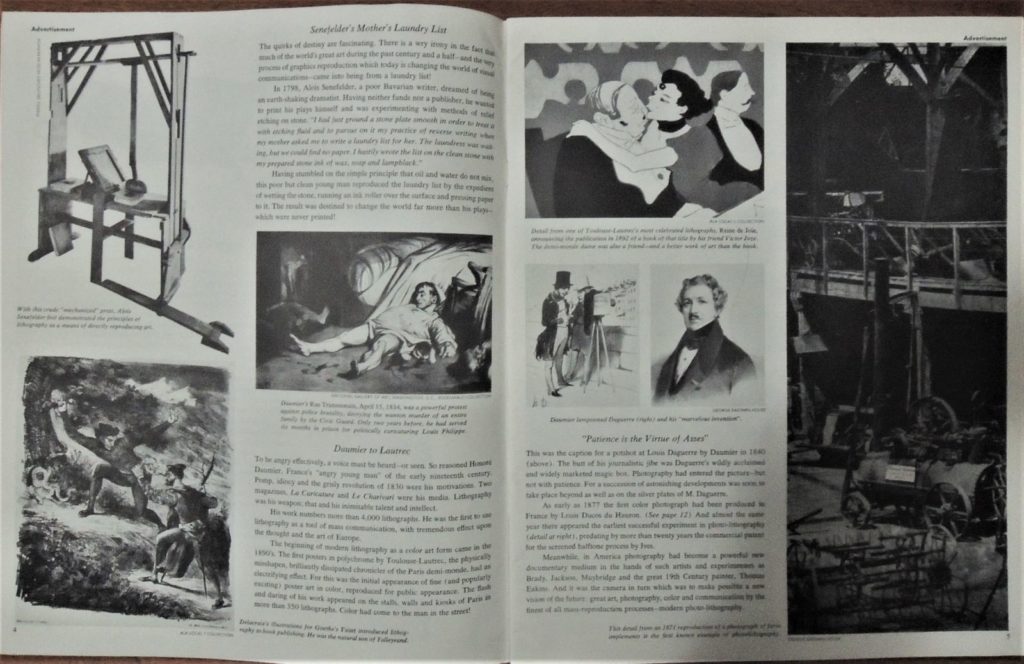 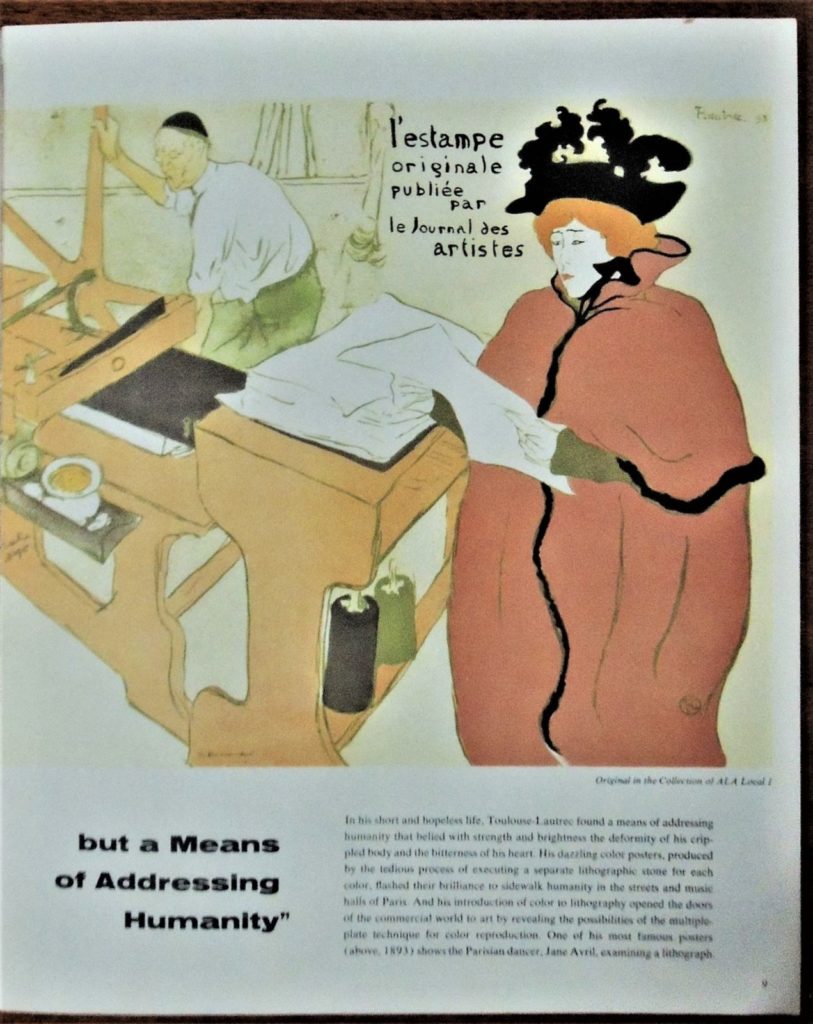 Scheduled for completion in 1967, neither the Litho Central City or the Litho-Graphic Arts Industrial Center were built. Instead the property at Pier 25 was used for Borough of Manhattan Community College and the Westside lots became the Jacob Javits Center. Project designer Paul Rudolph’s webpage continues to note:

“The proposals for the Graphic Arts Center are based on the concept of the megastructure, or the idea that many functions can be served in a single large building complex. In this case there are facilities for industry (lithography, legal and financial printers); office space; 4,000 apartments of varying kinds; elementary schools, kindergartens; play spaces at grade, as well as on platforms in the sky; community center; restaurants; commercial shopping; gardens and recreational space; and parking-trucking access incorporating portions of the West Side Highway. In other words, it is a city within a city. The idea of a megastructure is different from the idea of building an apartment house, industrial and office space, schools and restaurants. Rather, it is the intent to build all of these multiple functions in one complex. https://www.paulrudolphheritagefoundation.org/196701-graphic-arts-center 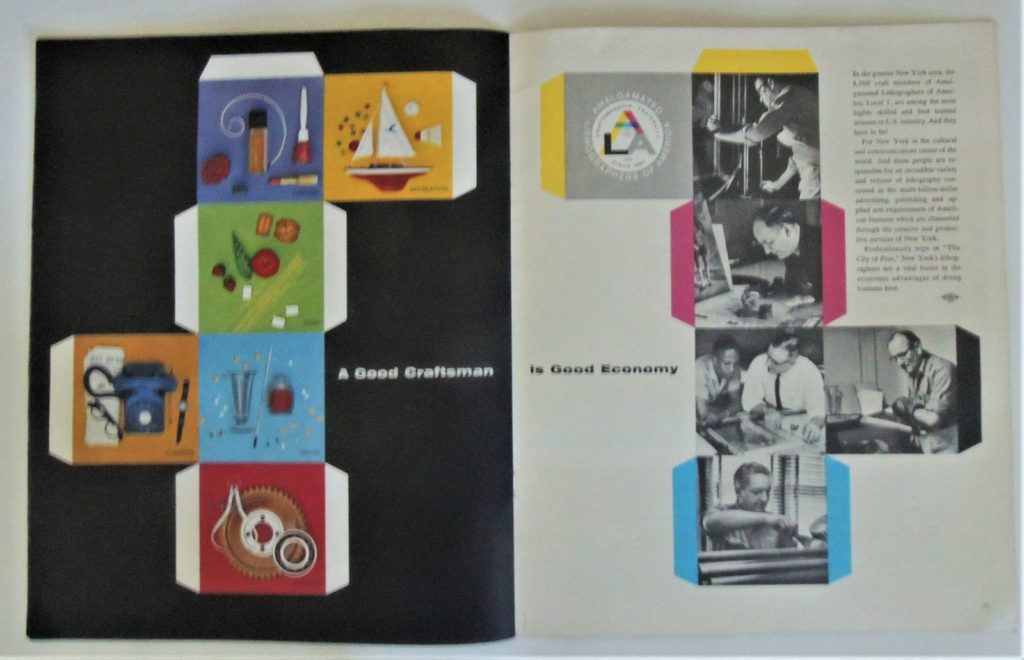 This special section is not available from the New York Times digital site or from Proquest, except for the single page 2 with a letter from Edward Swayduck, ALA local 1 president, who wrote “Today we’re at the beginning of a great renaissance in the graphic arts. Business management can now tap the entire treasury of classic art or commission the finest work of living artists, photographers and designers, with a finally developed process which can bring to millions all the world’s beautify and richness with an economy only dreamed of a short lifetime ago. It’s a New York story. And I think you’ll find it interesting … and perhaps profitable!”

The majority of the NYTimes supplement provides a history of lithography “from the Stone Age of art to the Space Age of communications…” along with a history of the ALA union.  It seems a beer and crabcake outing of the Romar Fishing Club was held on Sunday April 23, 1882. The Club’s five members were lithographers by trade and that afternoon their fishing club became “the first craft union in a hungry but hopeful new industry.” The Amalgamated Lithographers of America (ALA) posts a timeline of its labor union that begins:

April 1882: Romar Fishing Club is organized.
June 10, 1882: Romar Fishing Club becomes Hudson Assembly 1971, which was part of the Knights of Labor.
1886: First general lithographers’ strike to reduce the workweek to 54 hours. Romar Fishing Club becomes the Hudson Lithographic Association and then develops into the Lithographers’ International Protective and Benevolent Association (LIP&BA). Withdrawal from Knights of Labor.
1892: Organization of the Artists, Engravers and Designers League.
1906: General strike for the 48-hour/6-day workweek. (The strike was so successful that by
1912: The Artists, Engravers and Designers League develops into the International Union of Lithographic Workmen.
1915: Amalgamated Lithographers of America is formed.
…1958: ALA withdraws from the American Federation of Labor and Congress of Industrial Organizations (AFL-CIO)
Labor Day 1964: the Amalgamated Lithographers of America merges with the International Photoengravers Union (IPEU; founded in 1900) to form the new Lithographers and Photoengravers International Union (LPIU). Membership total reaches 60,000. 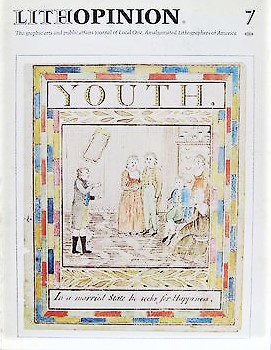