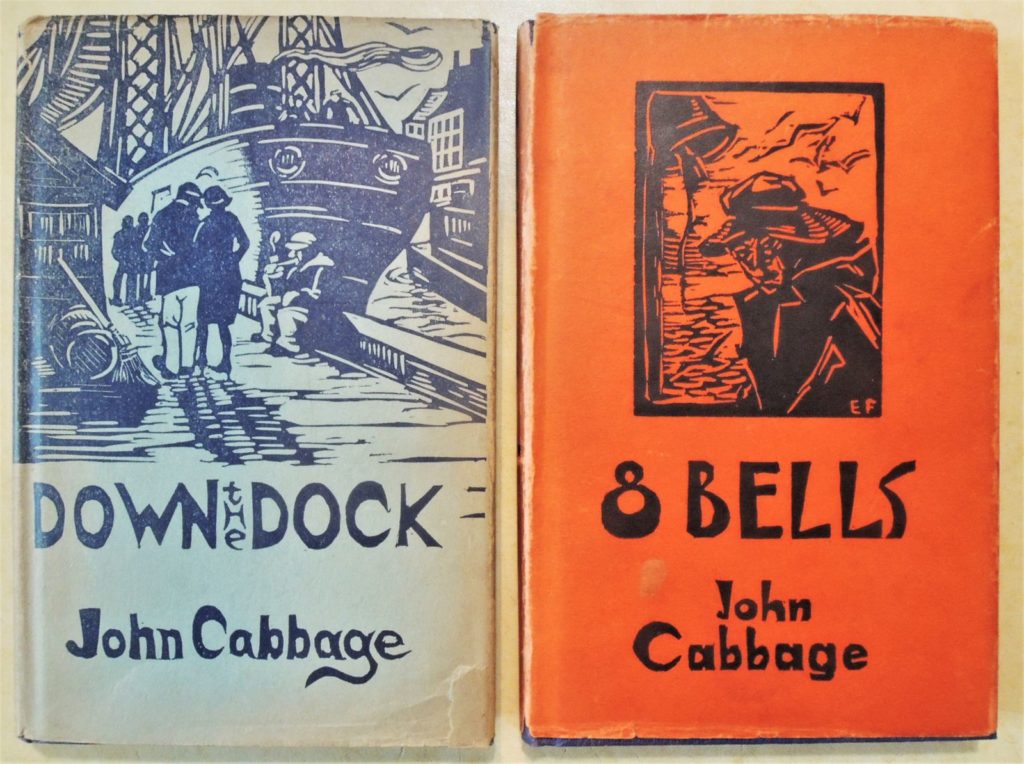 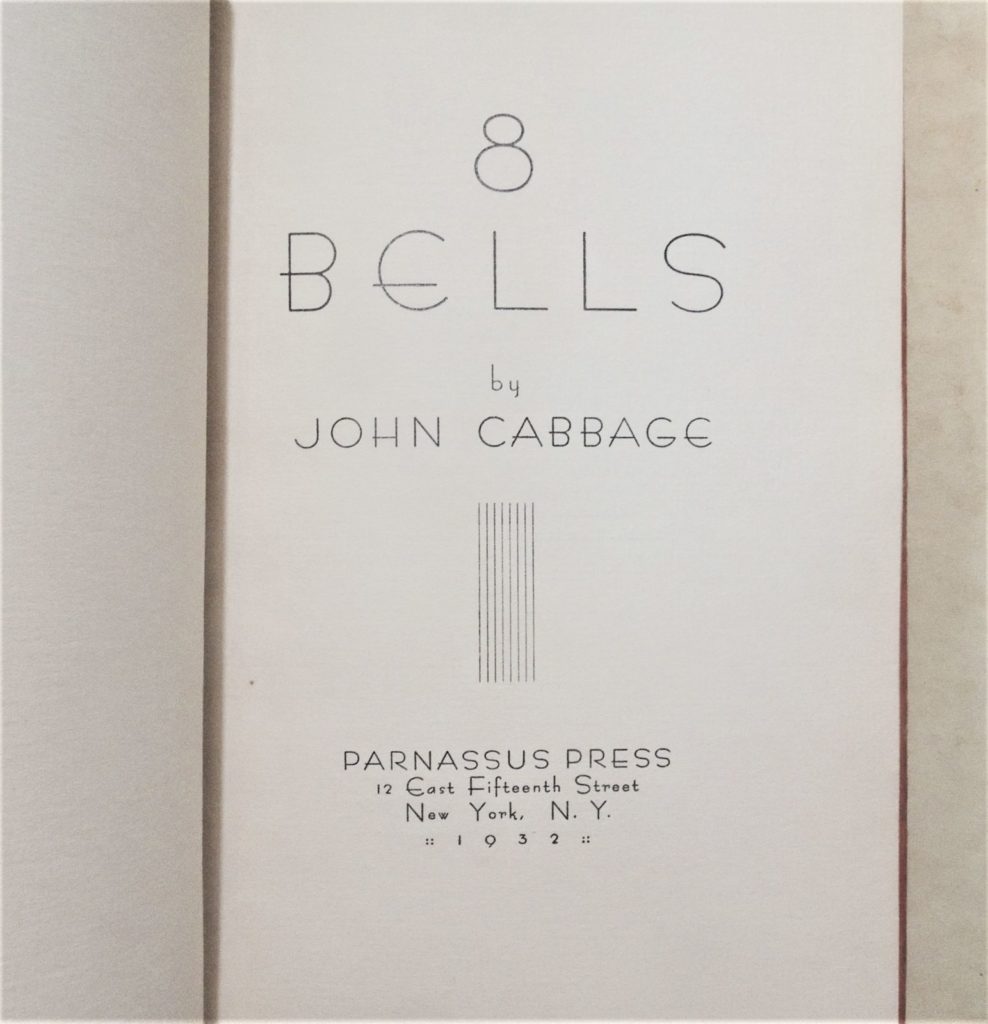 John Herman Kepecs (May 20, 1897-December 21, 1981) arrived in the United States in 1922 from Pécs, Hungary. The trained sailor found work with the New York City Department of Sanitation first as a Captain on a garbage scow and eventually Deputy Inspector of the entire fleet. He also wrote poetry under the pen name John Cabbage, chosen because his Hungarian name sounded like ‘cabbage’ when New Yorkers tried to pronounce it. 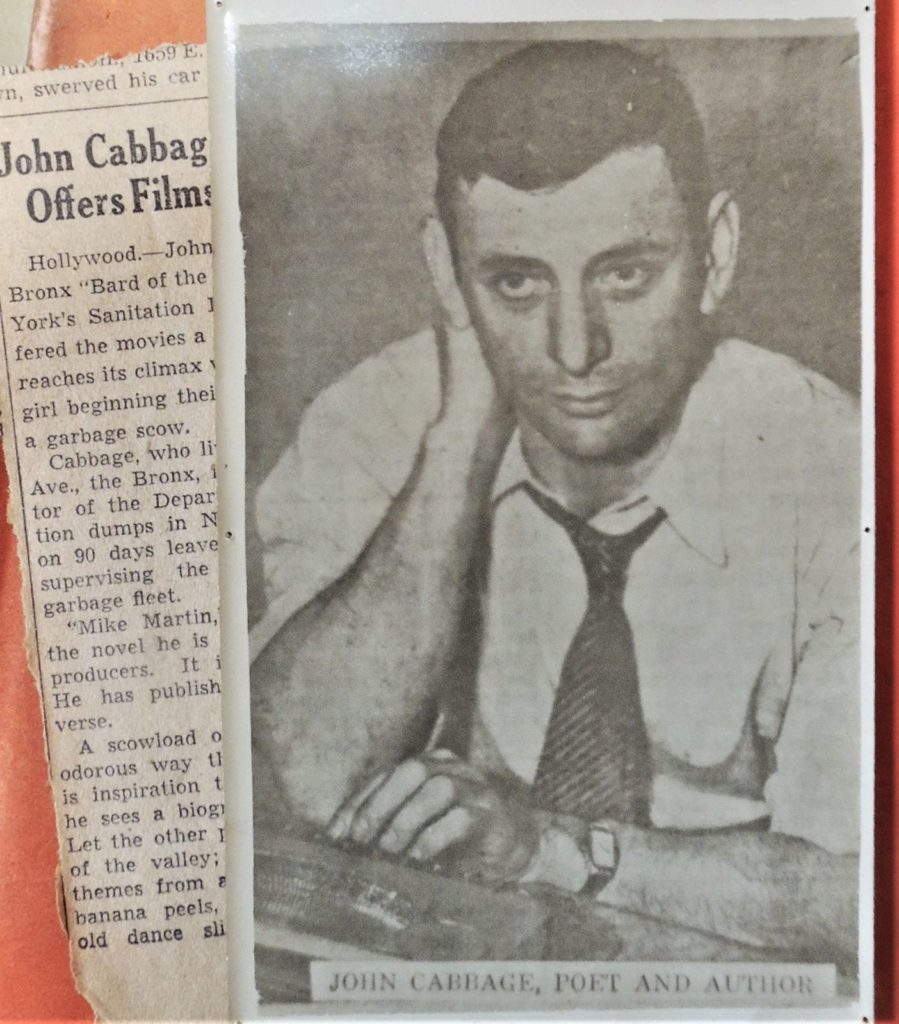 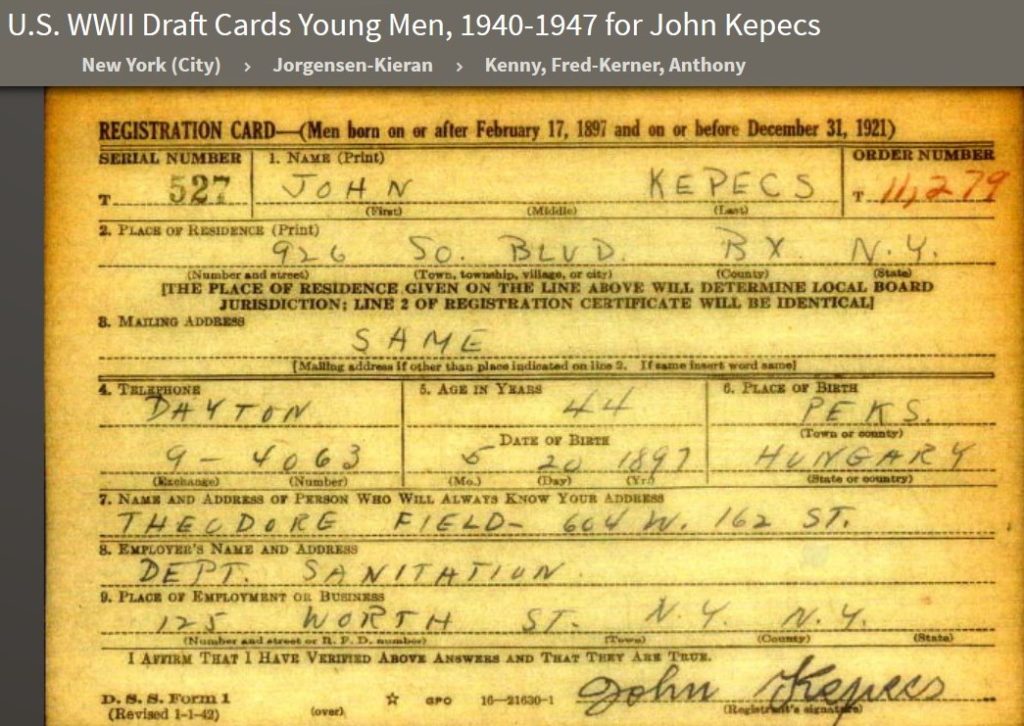 Meet John Cabbage, garbage scow sailor and poet, author of more than 1,000 verses and of a new volume, just published called “8 Bells.” Mr. Cabbage goes down to the sea in the scows that bury New York’s waste beneath the clean waters of the Atlantic. When that task is accomplished, Mr. Cabbage sits on the stern with ruled notepaper and a pencil, and meditates upon life. One of his effusions goes like this: Mr. Cabbage’s most persistent resolution is to save enough money to fit out a schooner and go to the south seas where he can sit on a beach instead of a scow, and listen to the wild waves. The sailor-poet’s latest book is dedicated “to ships and shipmates who rest in the deep, and woman whose love I could not keep.”

Three volumes of Cabbage’s poetry were printed and published by the Greenwich Village bohemian Lew Ney (Luther E. Widen, 1886-1963) at his Parnassus press on 15th Street (later Brooklyn Heights) including 8 Bells (1932); Down the Dock (1937); and Time and Tide (1938). Lew Ney was the first to draw national attention to Cabbage in 1927 through his weekly column “Greenwich Village As IZ” in Variety, proclaiming that Cabbage would be internationally famous in twenty years. 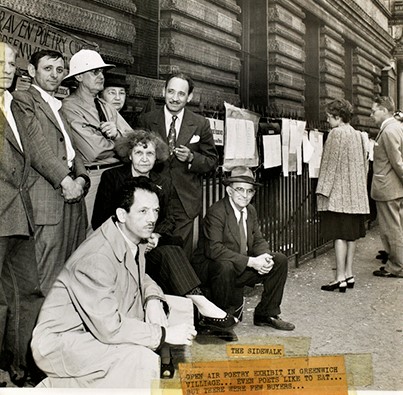 Cabbage was an original member of the Raven Poetry Circle when it was formed in May 1933 (see the film Joe Gould’s Secret for a typical meeting). The group is remembered for their annual spring exhibition of handwritten poems mounted to the fence around Washington Square Park and Cabbage was often highlighted because of his unusual occupation. “Mere rhymers, wise-cracking doggereleers and other nuts are positively not welcome, and our only word to them is ‘Scram!'”

On the left, we see Cabbage with his work against the Judson Church building across from the park. His poems also appeared in the Raven Anthology 1933-1947, a quarterly magazine of members. “Poets of Village Get Day in the Sun,” announced the New York Times May 22, 1933:

Beneath a benign, approving sun the poets of Greenwich village flooded into a half-block of Washington square south yesterday, tacked their work upon a board fence and invited the passing public to read and buy. A good deal of reading and some buying was in progress until the sun disappeared. It was the beginning of poetry week, and it probably will go down in the village’s history, if and when written, as the first sidewalk poetry show.

From its beggining, Chumley’s restaurant, a Greenwich Village icon, featured book jackets for publications by local authors. They describe the series: “The authors ranged from Theodore Dreiser to John Cabbage, the poet of the garbage scow.”

In 1937, possibly inspired by Francis Alexander Durivage’s novel Mike Martin or, The last of the highwaymen. A romance of reality (1845), Cabbage traveled to California to sell his novel, also titled “Mike Martin” to Hollywood. The press loved the story of a garbage poet hoping for fame in the movies and the story appeared in newspapers across the country. 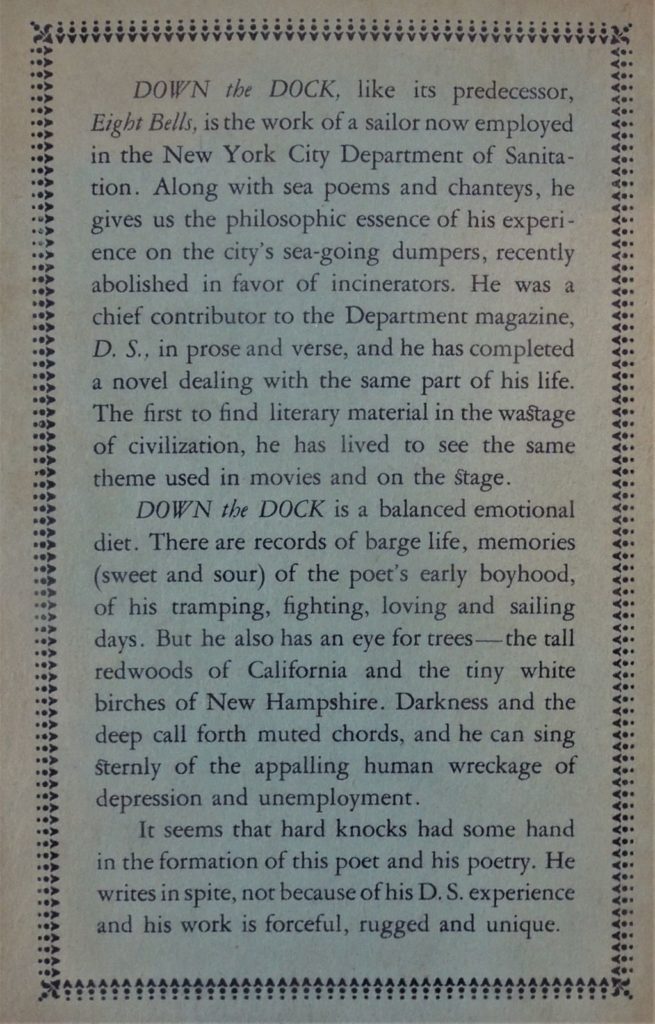 “John Cabbage the ‘Bard of the Barges’ today offered to sell the movies a story that reaches its climax with the boy and girl honeymooning on a garbage scow. Cabbage, deputy inspector of the department of sanitation dumps in New York, is on 90 days leave from his job of supervising the loading of the garbage fleet.

“Mike Martin” that’s the novel he is peddling to movie producers –is his third volume. He published two books of verse. Let the other poets write of lilies of the valley. Cabbage born John Koppecs 38 years ago in Hungary, take his themes from a discarded top hat, banana peels, coffee ground, an old dance slipper. He imagines perhaps the hat and slipper danced together. ‘Go’ he says ‘go get your song where life and love are cheap. I shall wait till they reach the heap.” 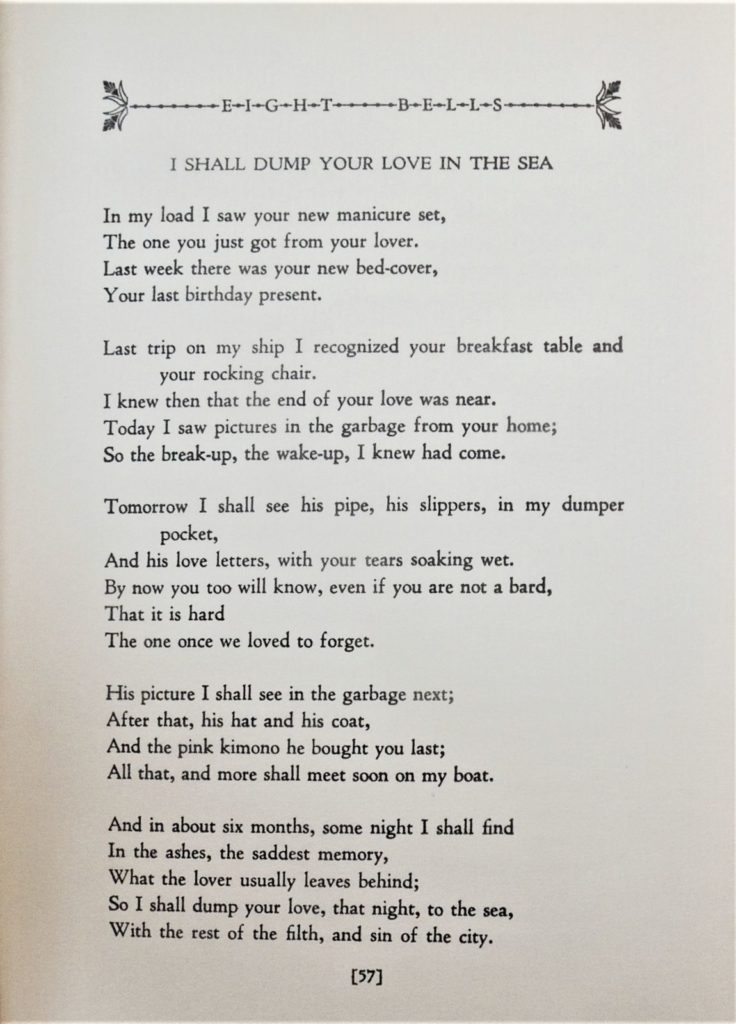 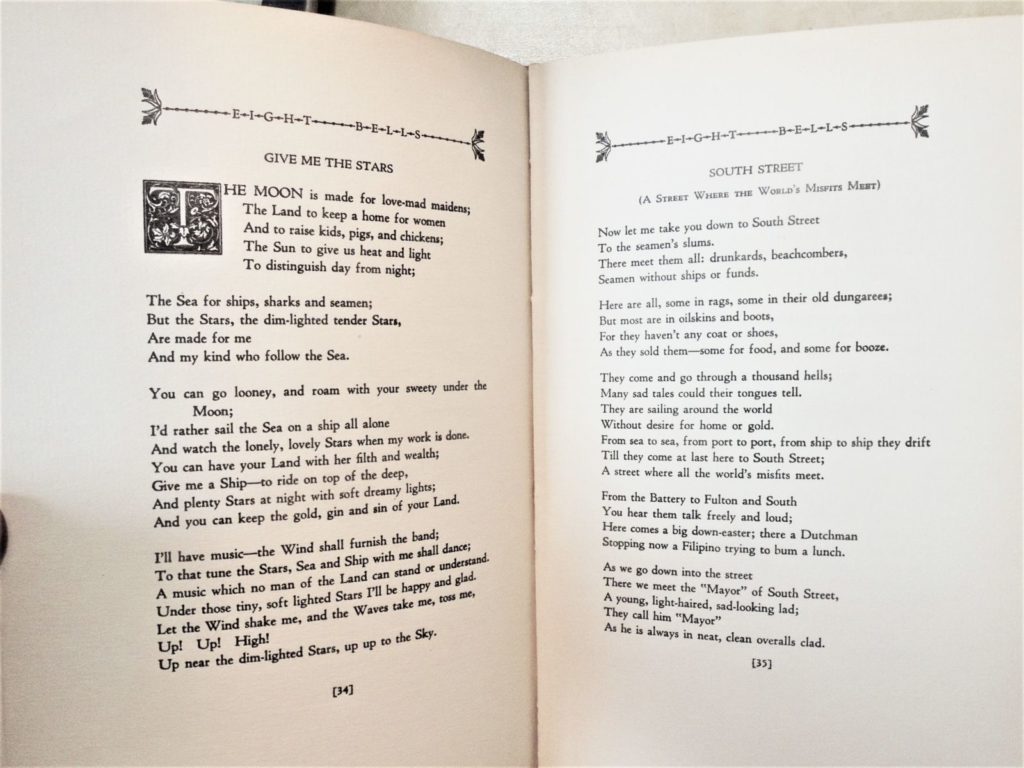 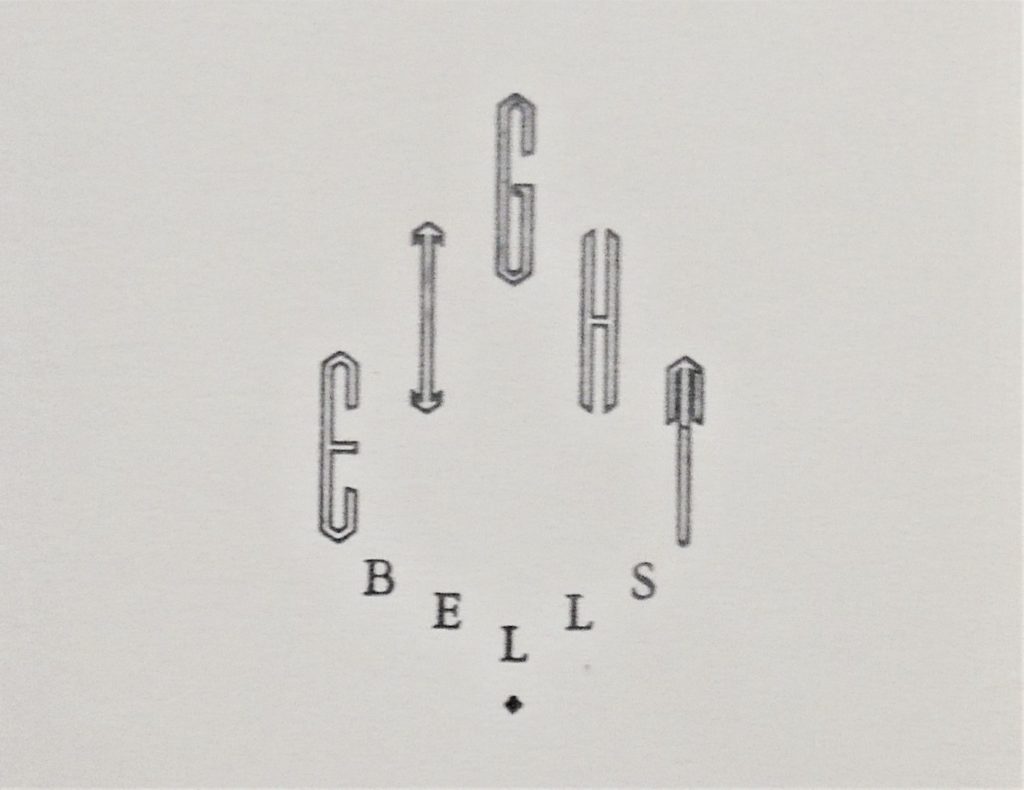 “You may not believe it, but his name is John Cabbage. He works on a garbage scow—and writes poetry. John is ‘captain’ of Scow F of the Street Cleaning department of the city of New York He likes his unlovely but necessary job because it provides him with more leisure and privacy to write than he used to experience on freighters. Every afternoon at a time which varies according to the tide John makes his scow shipshape at the city dump in the shadow of the Brooklyn Bridge. …The trip is a long, slow one. When darkness comes a blog of light appears on the end of each scow and three highpoints glow in the shape of a cross on the tug ahead. If the water is rough when the open ocean is reached there may be hard work in keeping the tow intact. Otherwise there is little to do but watch the receding harbor “with a thousand little stars abreast” as John puts it.– “Men, Things, and Places: In the Mud and Scum of Things” The New York Sun, February 21, 1930. 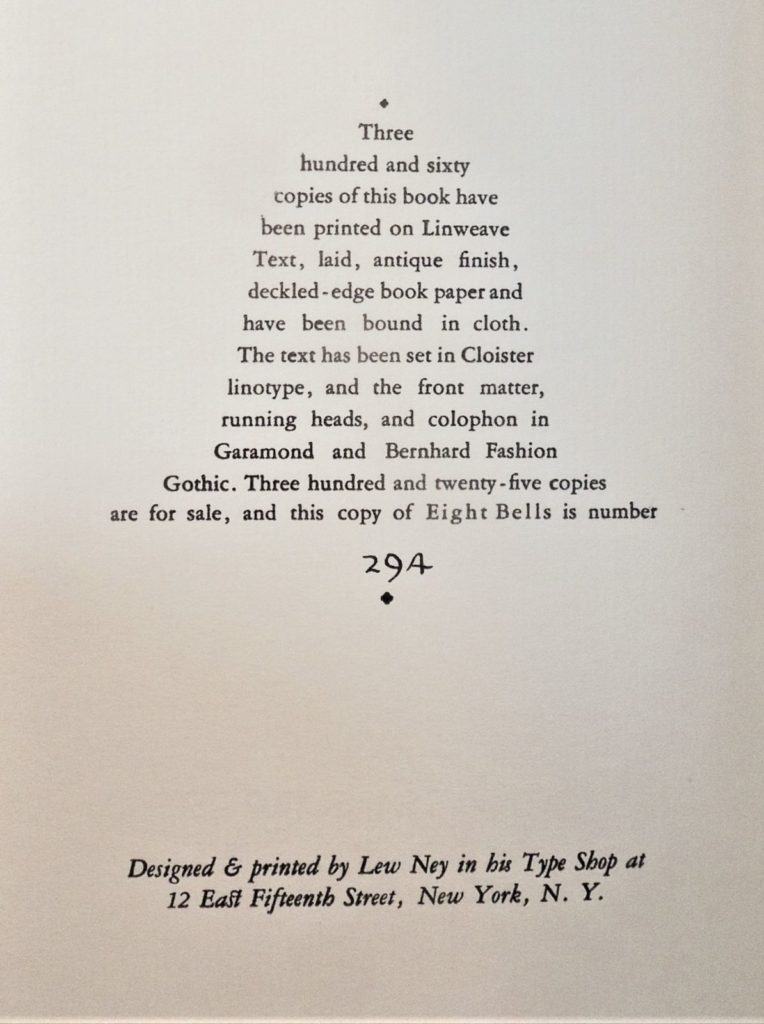 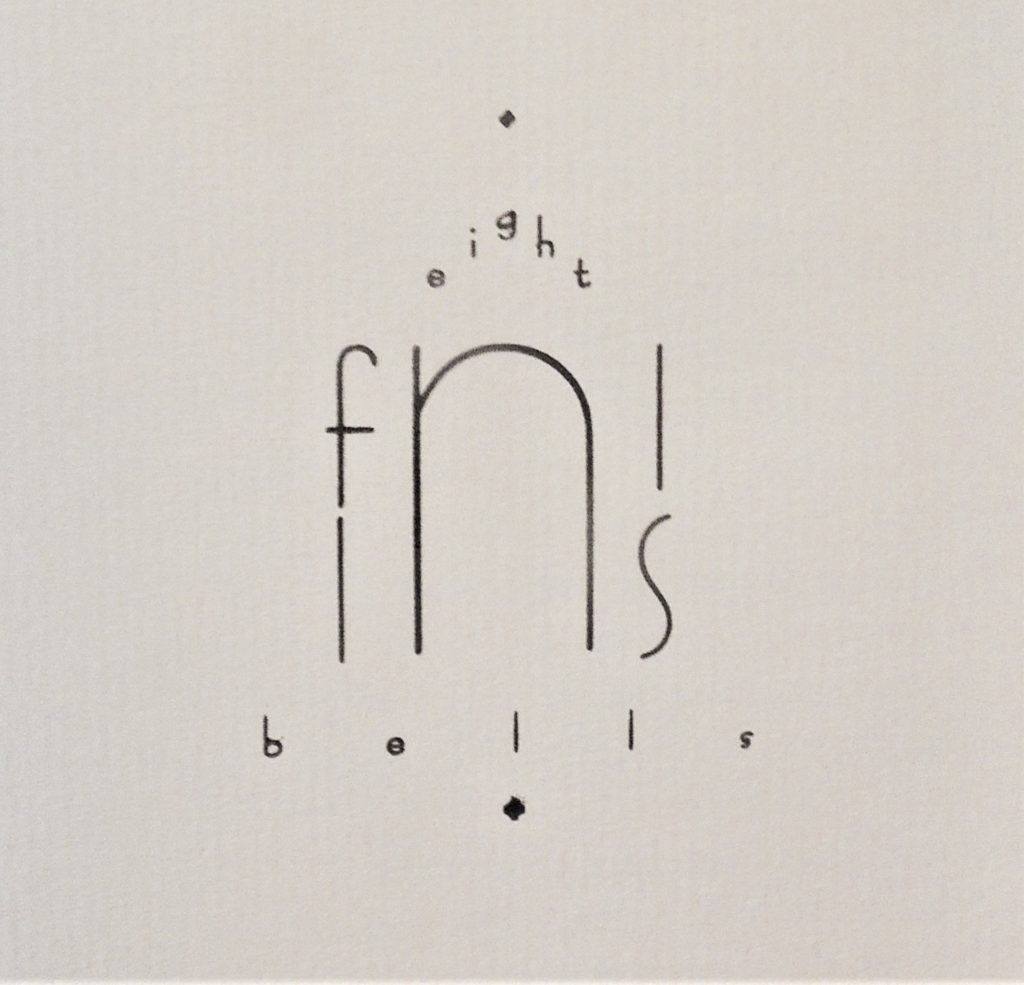