Increase Mather (1639-1723), An essay for the recording of illustrious providences: wherein, an account is given of many remarkable and very memorable events, which have happened in this last age; especially in New-England. By Increase Mather, teacher of a church at Boston in New-England (Boston in New-England: Printed by Samuel Green for Joseph Browning and are to be sold at his shop …, 1684). William H. Scheide Library 100.9. Reproduction here from the University of Michigan’s copy.

This collection of spellbinding and miraculous stories was published in 1684 by Increase Mather (1639-1723) under the title: An essay for the recording of illustrious providences: wherein, an account is given of many remarkable and very memorable events, which have happened in this last age; especially in New-England. Several digital copies are available, highly recommended as bedtime reading. The stories include shipwrecks, witches and demons, pirates, earthquakes, and many other miraculous events. Here is one (images added here not in the book):

In the Year 1616. A Fleming whose name was Pickman, coming from Norway in a Vessel loaden with Boards, was overtaken by a Calm, during which the Current carried him upon a Rock or little Island towards the extremities of Scotland To avoid a Wreck he commanded some of his Men to go into the Shallop, and to Tow the Ship. They having done so, would needs go up into a certain Rock to look for Birds Eggs: But as soon as they were got up into it, they at some distance perceived a Man, whence they imagined that there were others lurking thereabouts, and that this man had made his escape thither from some Pyrates, who, if not prevented, might surprize their Ship: and therefore they made all the hast they could to their Shallop, and so returned to their Ship. But the Calm continuing, and the Current of the Sea still driving them upon the Island, they were forced to get into the Long-boat, and to Tow her off again. The Man whom they had seen before-was in the meantime come to the brink of the Island, and made signs with his hands lifted up, and sometimes falling on his knees, and joyning his hands together, begging and crying to them for relief. 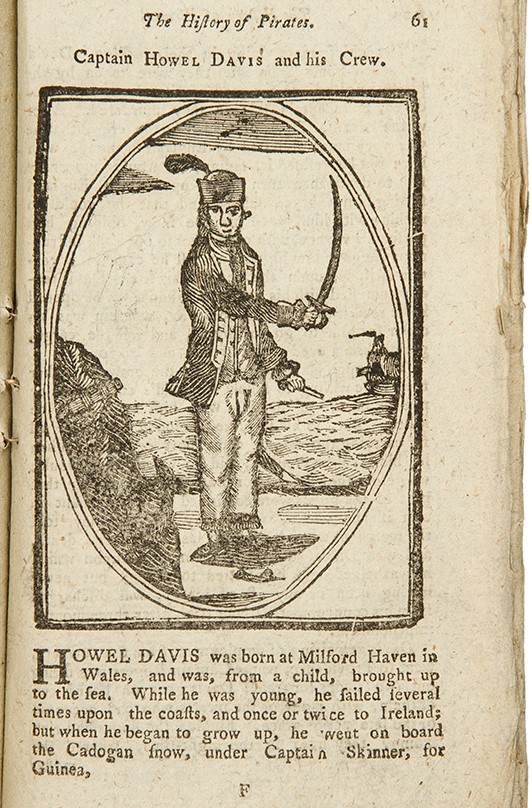 At first they made some difficulty to get to him, but at last, being overcome by his lamentable signs, they went nearer the Island, where they saw something that was more like a Ghost than a living Person; a Body stark naked, black and hairy, a meagre and deformed Countenance, with hollow and distorted eyes; which raised such compassion in them, that they essayed to take him into the Boat: but the Rock was so steepy thereabouts, that it was impossible for them to land: whereupon they went about the Island, and came at last to a flat shore, where they took the Man abroad. They found nothing at all in the Island, neither Grass nor Tree, nor ought else from which a man could procure any subsistence, nor any shelter, but the ruins of a Boat, wherewith he had made a kind of a Hutt, under which he might lie down and shelter himself, against the injuries of Wind and Weather. No sooner were they gotten to the Ship, but there arose a Wind, that drave them off from the Island: observing this Providence, they were the more inquisitive to know of this Man, what he was, and by what means he came unto that uninhabitable place?

Hereunto the Man Answered;
I am an English Man, that about a Year ago, was to pass in the Ordinary Passage. Boat from England to Dublin in Ireland; but by the way we were taken by a French Pirate, who being immediately forced by a Tempest, which presently arose, to let our Boat go; we were three of us in it, left to the mercy of the Wind and Waves, which carried us between Ireland and Scotland, into the main Sea: In the mean time we had neither Food nor Drink, but only some Sugar in the Boat; upon this we lived, and drank our own Urine, till our bodies were so dried up, that we could make no more: whereupon one of our Company being quite spent, died; whom we heaved overboard: and a while after a second was grown so feeble, that he had laid himself along in the Boat, ready to give up the Ghost: But in this extremity it pleased God that I kenned this Island afar off, and thereupon encouraged the dying man to rouse up himself, with hopes of life: and accordingly, upon this good news, he raised himself up, and by and by our Boat was cast upon this Island, and split against a Rock.

Now we were in a more wretched condition than if we had been swallowed up by the Sea, for then we had been delivered out of the Extremities we were now in for want of Meat and Drink; yet the Lord was pleased to make some provision for us: for on the Island we took some Sea-mews, which we did eat raw: We found also in the holes of the Rocks, upon the Sea-side, some Eggs; and thus had we through Gods good Providence wherewithal to subsist, as much as would keep as from starving: but what we thought most unsupportable, was thirst, in regard that the place afforded no fresh Water but what fell from the Clouds, and was left in certain Pits, which time had made in the Rock. Neither could we have this at all seasons, by reason that the Rock being small, and lying low, in stormy Weather the Waves dashed over it, and filled the Pits with Salt Water. 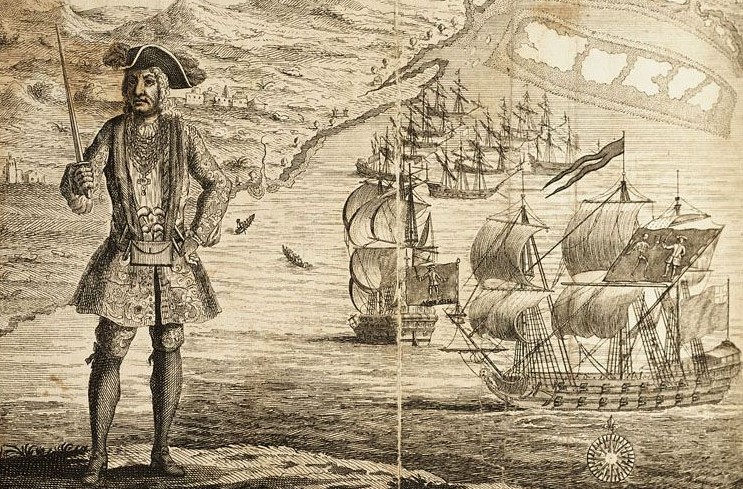 When they came first upon the Island about the midst of it, they found two long Stones pitched in the Ground, and a third laid upon them, like a Table; which they judged to have been so placed by some Fishermen to dry their Fish upon; and under this they lay in the nights, till with some Boards of their Boat, they made a kind of an Hutt to be a shelter for them. In this condition they lived together, for the space of about six Weeks, comforting one another, and finding some ease in their common calamity: till at last one of them being left alone, the burden became almost insupportable: For one day, awaking in the Morning he missed his Fellow, and getting up, he went calling and seeking all the island about for him, but when he could by no means find him, he fell into such despair, that he often resolved to have cast, himself down into the Sea, and so to put a final Period to that affliction, whereof he had endured but the one half, whilst he had a Friend that divided it with him. What became of his Comrade he could not guess, whether despair forced him to that extremity, or whether getting up in the night, not fully awake, he fell from the Rock, as he was looking for Birds Eggs: for he had discovered no distraction in him, neither could imagine that he could on a sudden fall into that despair, against which he had so fortified himself by frequent and fervent Prayer. And his loss did so affect the Surviver, that he often took his beer, with a purpose to have leaped from the Rocks into the Sea, yet still his Conscience stopped him, suggesting to him, that if he did it, he would be utterly damned for his self-Murther.

Another Affliction also befel him, which was this; his only Knife wherewith he cut up the Sea-Dogs and Sea-Mews, having a bloody cloth about it, was carried away (as he thought) by some fowl of Prey; so that, not being able to kill any more, he was reduced to this extremity, with much difficulty to get out of the Boards of his Hutt, a great Nail, which he made shift so to sharpen upon the Stones, that it served him instead of a Knife. When Winter came on, he endured the greatest misery imaginable: for many times the Rock and his Hutt were so covered with Snow, that it was not possible for him to go abroad to provide his Food; which extremity put him upon this Invention: he put out a little stick at the crevice of his Hutt, and baiting it with a little Sea-Dogs fat, by that means he got some Sea-Mews, which he took with his hand from under the Snow, and so kept himself from starving. In this sad and solitary condition, he lived for about eleven Months, expecting therein to end his dayes, Gods gracious providence sent this Ship thither, which delivered him out of the greatest misery that ever man was in. The Master of the Ship commiserating his deplorable condition, treated him so well, that within a few dayes he was quite another creature; and afterwards he set him a shore at Derry in Ireland; and sometimes after he saw him at Dublin: where such as heard what had hapned unto him, gave him Money, wherewithal to return into his Native Countrey of England. —http://name.umdl.umich.edu/N00296.0001.001 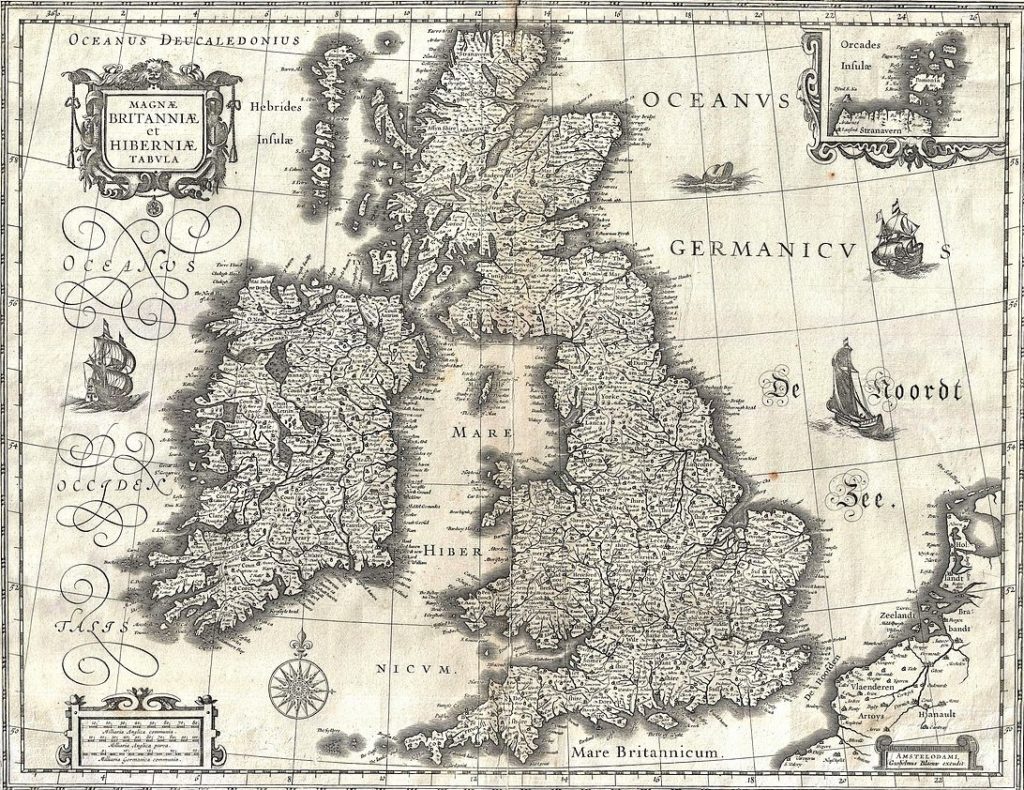 Writing for the Guardian, William Skidelsky listed his favorite books with vivid accounts of being marooned in literature:

Note, the book is listed as available at Walmart: https://www.walmart.com/ip/MatherS-An-The-Pamphlet-Massachusetts-Boston-Essay-Cleric-Mather-1639-1723-For-Title-Page-Increase-Namerican-Edition-Providen-Witch-Hunt-1684-Of-Illu/290607773