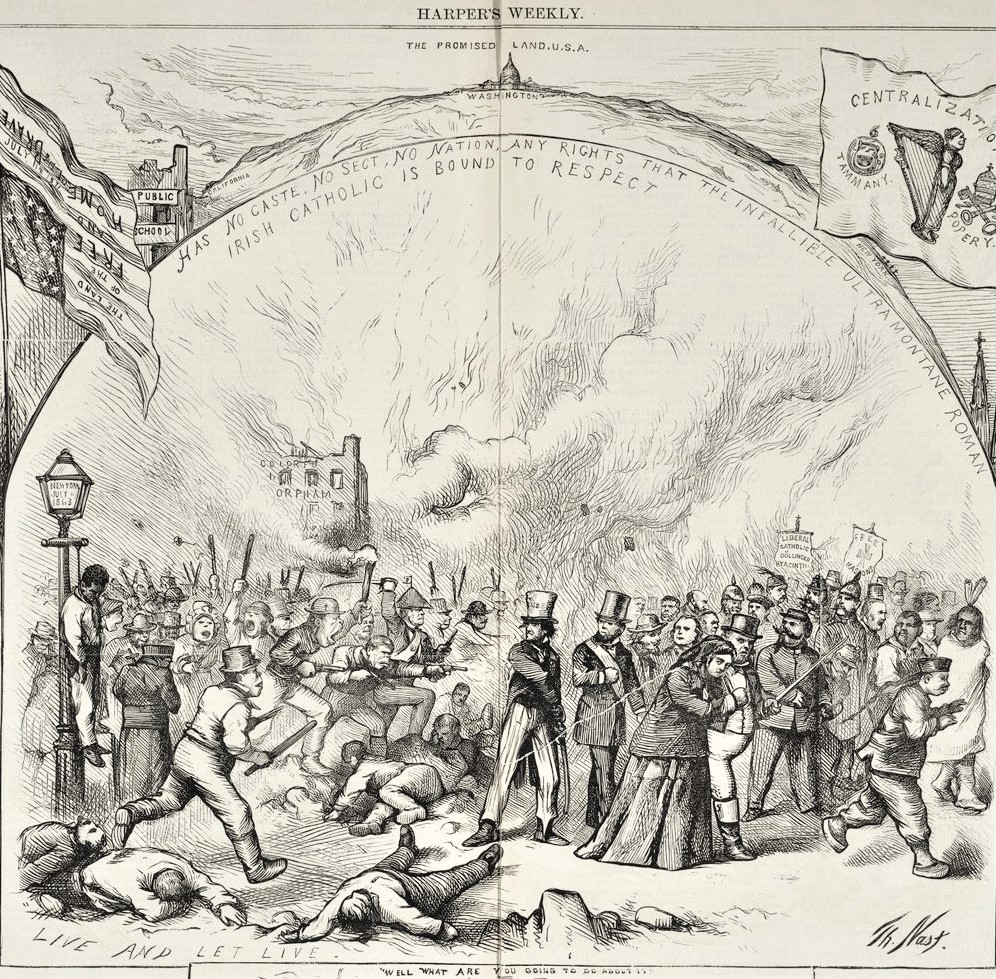 When the Irish Protestant Orange Day parade kicked off on July 12, 1871, in New York City, artist Thomas Nast was one of 5,000 National Guardsmen called out to protect the marchers from hundreds of Irish Catholic protestors. Shots were fired and the resulting Orange Day Riots left 60 civilians and three guardsmen dead, along with many others wounded. Nast recorded a first-hand account in a double-page wood engraving published July 29, 1871 in Harper’s Weekly.

Although Harper’s printed two texts presenting the two sides to the Protestant/Catholic debate, Nast’s depiction is clearly anti-Catholic, showing the protestors as apes and thugs connected to Boss Tweed who Nast was in the midst of overthrowing. Nast titled his print “Something That Will Not ‘Blow Over’” alluding to the words used by Mayor Abraham Oakey Hall when he dismissed the allegations of Tweed’s corruption, claiming they would soon “blow over.”

At the center of Nast’s design is a globe-like vignette; Washington at the top, California on one side and New York on the other. It is named “The Promised Land. U.S.A.” with an upside-down flag on the left, with the words embedded: “The land of the free, home of the brave.”  Mixed in with the Orange Day rioters below, several figures have been identified as (left to right) Queen Victoria, John Bull, King Victor Emanuel of Italy, Emperor Franz Josef of Austria, and Tsar Alexander II of Russia, along with Uncle Sam at the center. On the left, a lynched black man and the burning Colored Orphan Asylum are references to the 1863 Civil War Draft Riots in New York City. 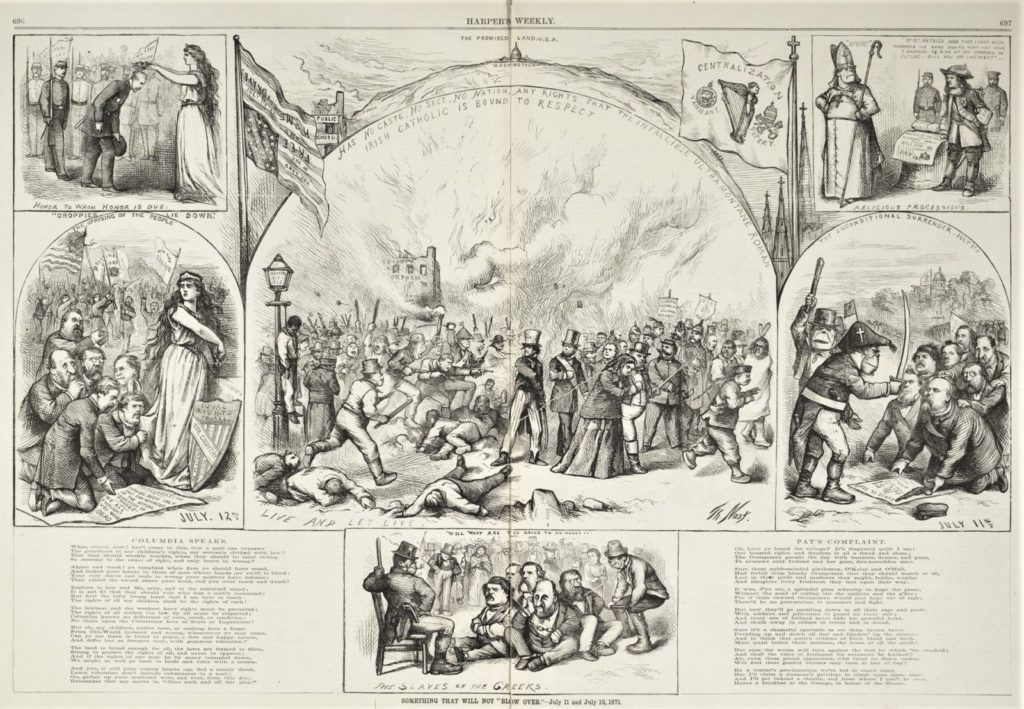 Below the central panel we see Boss Tweed with his crew being asked the question, “Well What Are You Going To Do About It?”–a question famously posed by Tweed during the corruption trials. 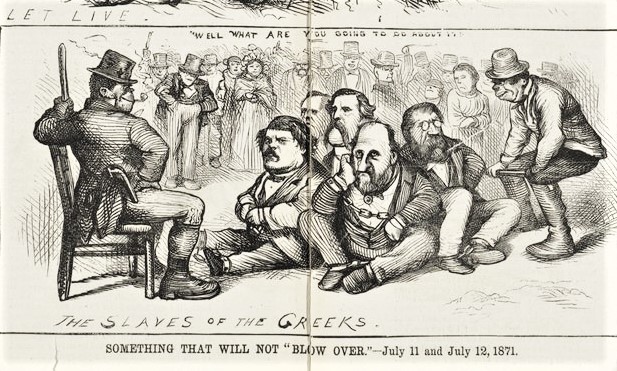 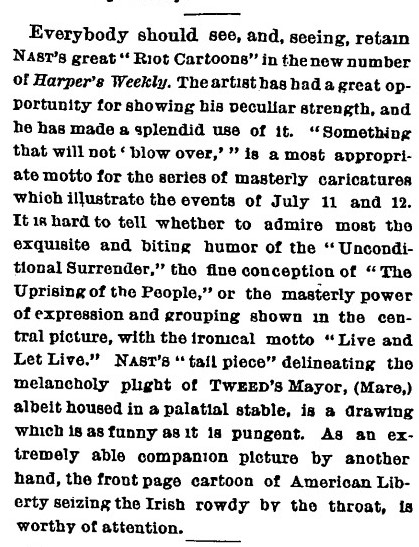 Nast’s work drew such attention that a New York Times editorial was printed, urging readers to see the Harper’s Weekly issue. “Everybody should see, and seeing, retain Nast’s great ‘Riot Cartoons’ on the New Number of Harper’s Weekly.” 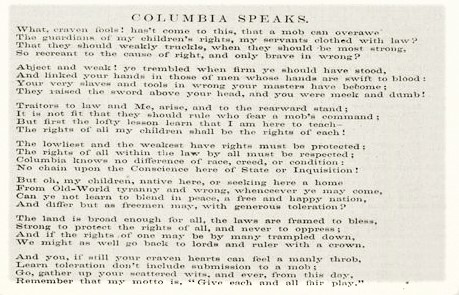 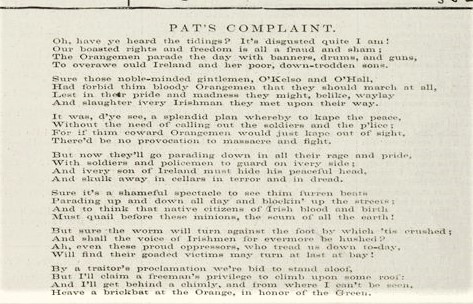