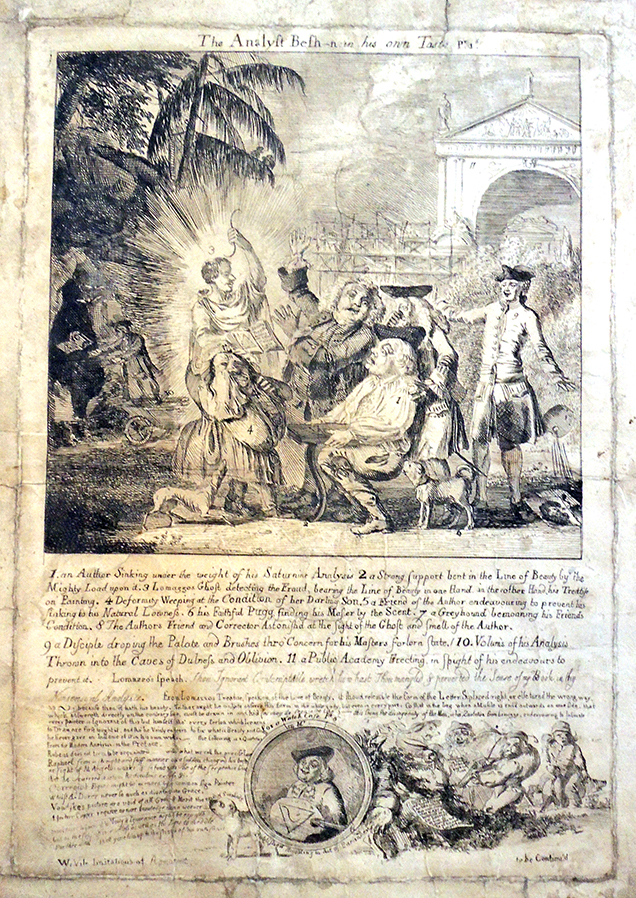 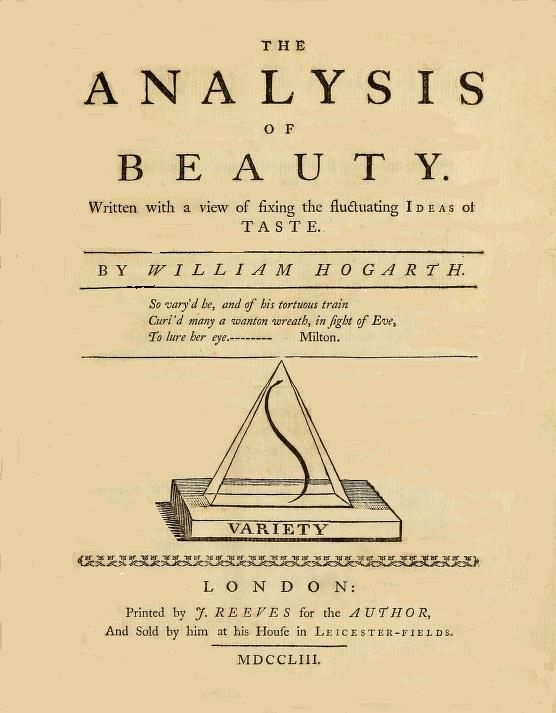 The Analysis of Beauty, first published by William Hogarth (1697-1764) in 1753, was an attempt to describe the artist’s theories of visual beauty in a manner accessible to the common man. Not everyone was persuaded of the book’s success, especially Hogarth’s younger rival Paul Sandby (1731-1809), who lost no time in making fun of the old master.

In truth, they disagreed about many things, including The St Martin’s Lane Academy, a drawing club Hogarth organized in 1735. The Academy prized new ideas over traditional styles and operated under a democratic rule that allowed everyone to have an equal vote, down to the poses their model would take. But in 1853, the Academy began to change under various leaders, moving and eventually closing 1871 to form the Royal Academy of the Arts, which Sandby joined. Hogarth did not.

Sandby lampooned Hogarth and his artistic theories in a series of satirical etchings dubbed “The Analysis of Deformity.” Writing for the New York Times, Souren Melikian noted that “Humor does not age well. Seen with a modern eye, Sandby’s satirical etchings are unamusing and the texts intended to be witty seem immature in their crudeness. But the art historical interest of the prints is unquestionable. They confirm Sandby’s astonishing ability to practice with great ease genres at opposite ends of the aesthetic spectrum.”

Depending on how you interpret them, Sandby may have published as many as eleven prints against Hogarth (although some can be interpreted as jokes on other artists) including Hogarth Vindioated; Burlesque sur le Burlesque; A New Duneiad; Puggs Graces; The Analyst, &c.; The Author run Mad; A Satire, &c.; The Magic Lantern; The Painters March; Mountebank Painter; and A Stir in the City, &c.

The Graphic Arts Collection recently acquired one  of these prints caricaturing The Analysis of Beauty, titled The Analyst Besh[itte]n, in His Own Taste, ca. 1753. Although the condition of this sheet is not perfect, the contents are highly desirable and outshines the surface imperfections. There are two editions of this print. The reference table etched at the foot of the first is :— “A. Dianas Crescent B. a Multiplying Glass. 0. a Modern Cherubim 76 a Gammon of Bacon 14 Rays of Light 4 Beauty stays 68 jack boot”. On the second the following is added :——“ n. a Disciple unable to find out the Meaning of y’ Book 1!: the Daubers Face shewn (by a Satyr) in proper Colours 1. his hour is out 2, a Bust of Raphael Destroyd for pugs Wig block “. 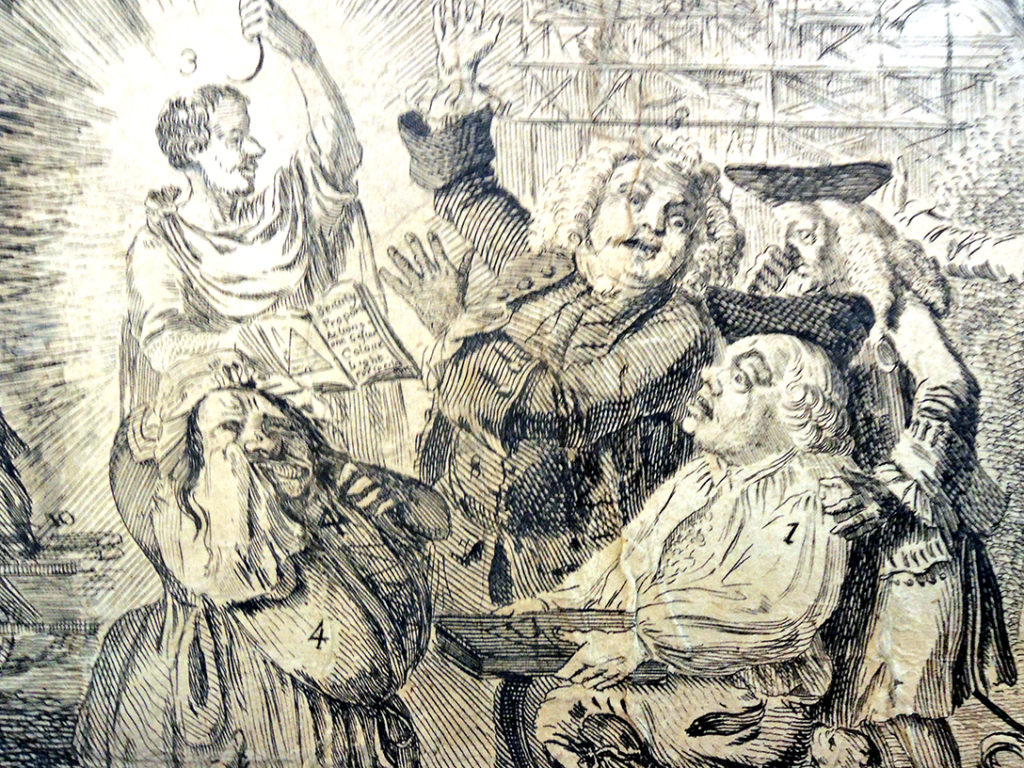 Notice the numbers on the figures, beginning with Hogarth, who sits with a copy of Analysis of Beauty on his lap. The references beneath the design are as follows :  1. an Author Sinking under the weight of his Saturnine Analysis ; 2. a Strong support bent in the Line of Beauty by the Mighty Load upon it ; 3. Lomazzos Ghost detecting the Fraud, bearing the Line of Beauty in one Hand. in the other Hand, his Treatise on Painting. ; 4. Deformity Weeping at the Condition of her Darling Son. ; 5. a Friend of the Author endeavouring to prevent his sinking to his Natural Lowness. ; 6. his Faithful Pugg, finding his Master by the Scent. ; 7. a Greyhound bemoaning his Friends Condition. ; 8. The Authors Friend and Corrector Astonishd at the sight of the Ghost and smell of the Author. 9. a Disciple droping the Palate and Brushes thro’ Concern for his Masters forlorn state. ; 10. Volum’s of his Analysis Thrown into the Caves of Dulness and Oblivion. ; 11. a Public Academy Erecting in spight of his endeavours to prevent it. Lomazzo’s speach, ‘Thou Ignorant Contemptable wretch how hast Thou mangled Q‘ perverted the Sense of my Book, in thy Nonsensical Analysis.

Thanks to the British Museum, some of the other Sandby satires of Hogarth include: 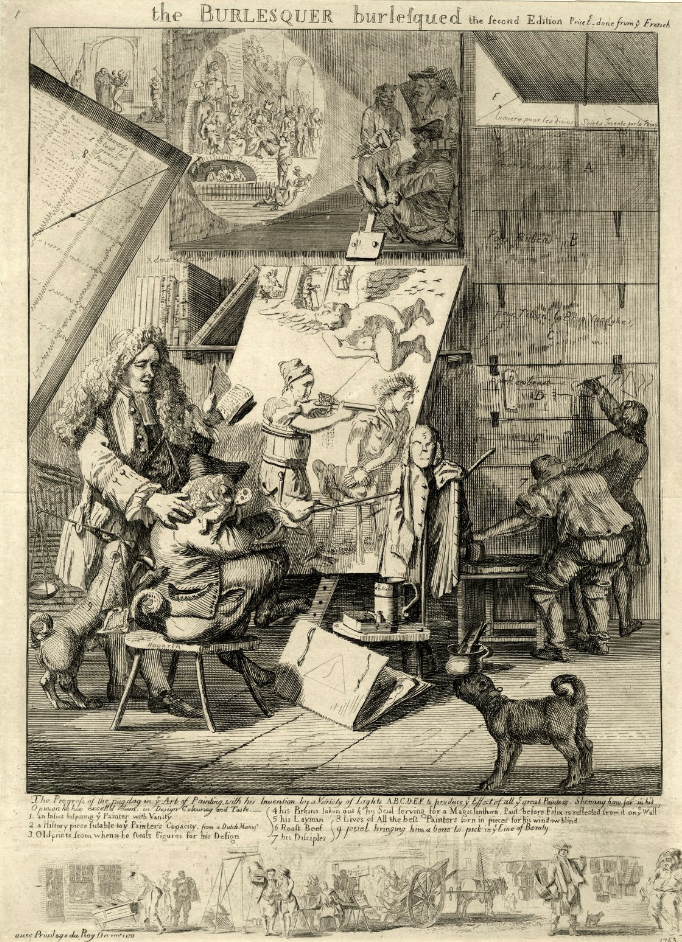 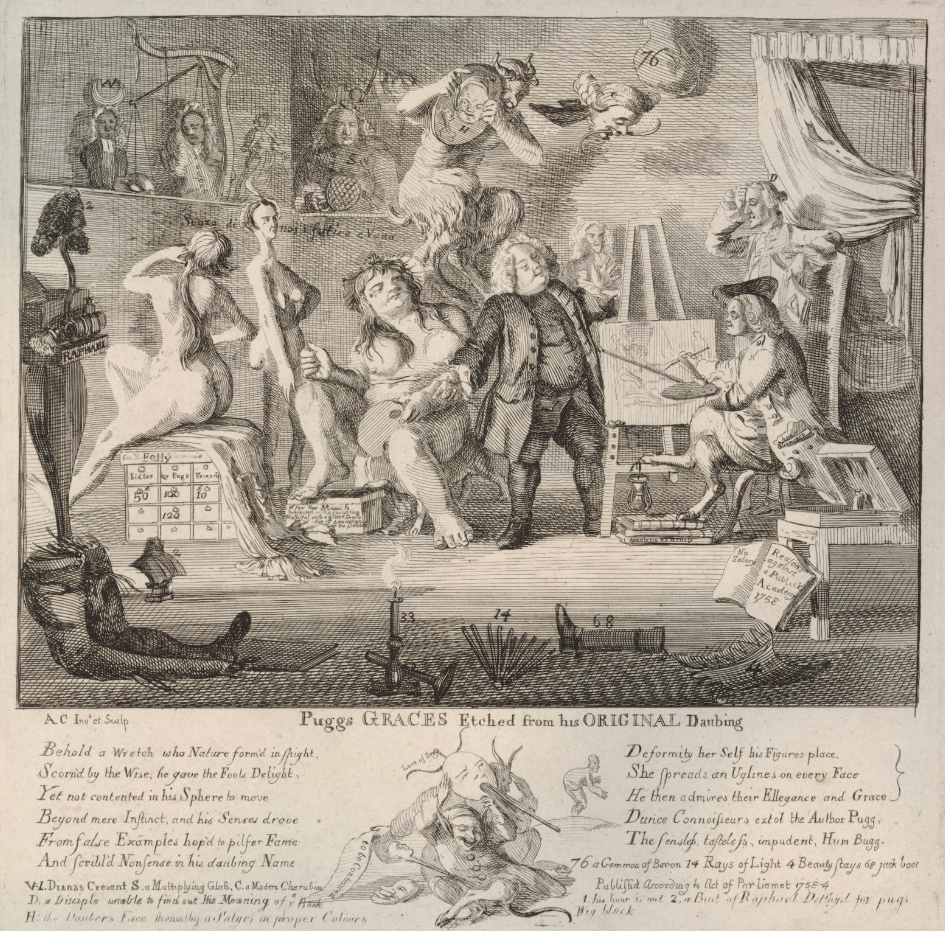 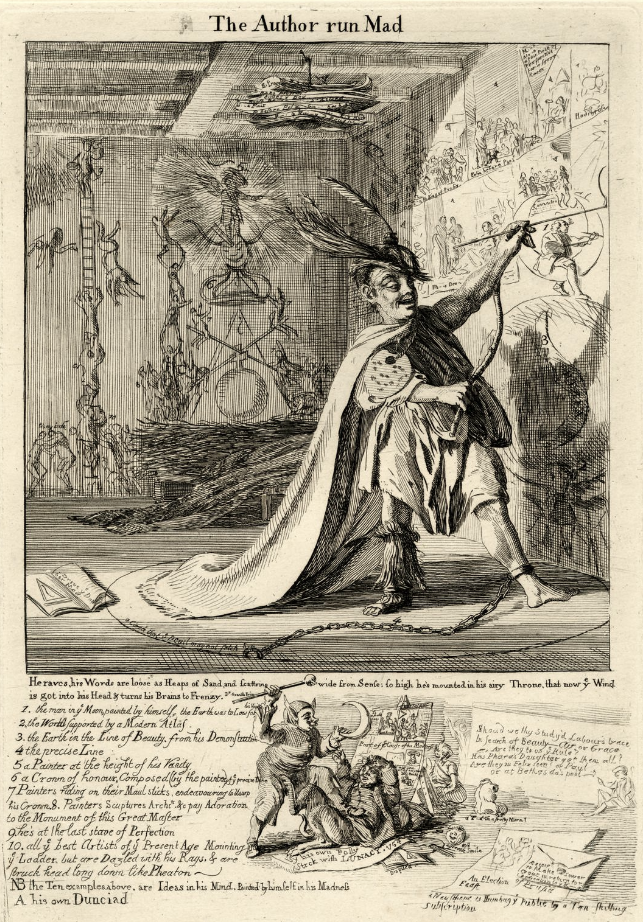