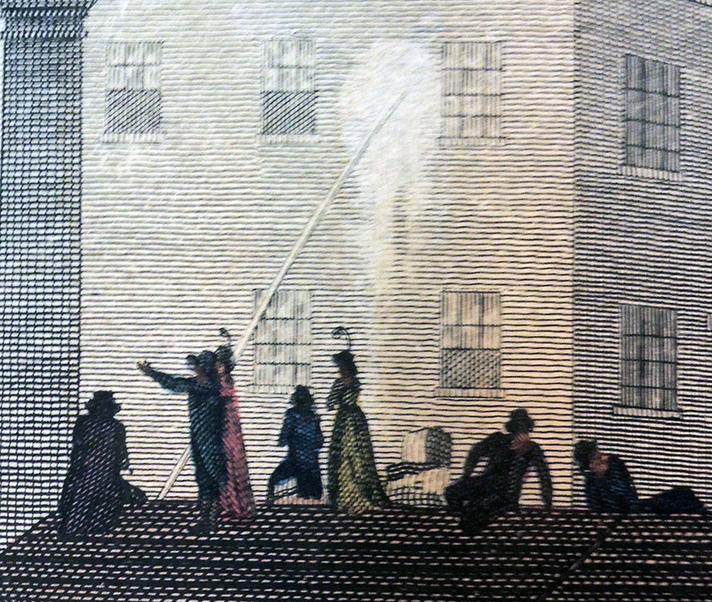 A view in Covent Garden showing St Paul’s Church on fire, as people watch from a roof nearby. “As it appeared on Fire, at eight O’Clock on Thursday Evening, 17th Sepr. 1795.” 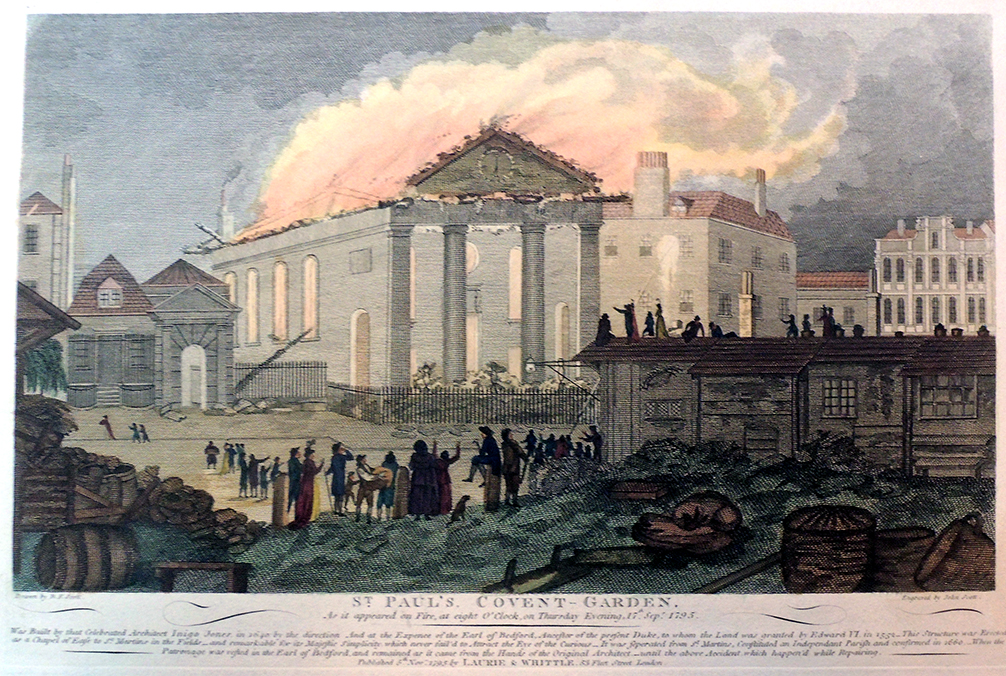 Was Built by that Celebrated Architect Inigo Jones, in 1640 by the direction And at the Expence of the Earl of Bedford, Ancestor of the present Duke, to whom the Land was granted by Edward VI in {1552 – This Structure was Erected} as a Chapel of Ease to St Martins in the Fields – and remarkable for its Majestic Simplicity, which never fail’d to Attract the Eye of the Curious – It was seperated from St Martins, Constituted an Independent P{arish, and confirmed in 1660 – When the Patronage was vested in the Earl of Bedford, and remained as it came from the Hands of the Original Architect – until the above Accident, which happen’d while Repairing

Thank to a generous donation by Bruce Willsie ’86, the Graphic Arts Collection has eleven new hand-colored vue d’optique, primarily from the 18th century. Here are a few scenes. 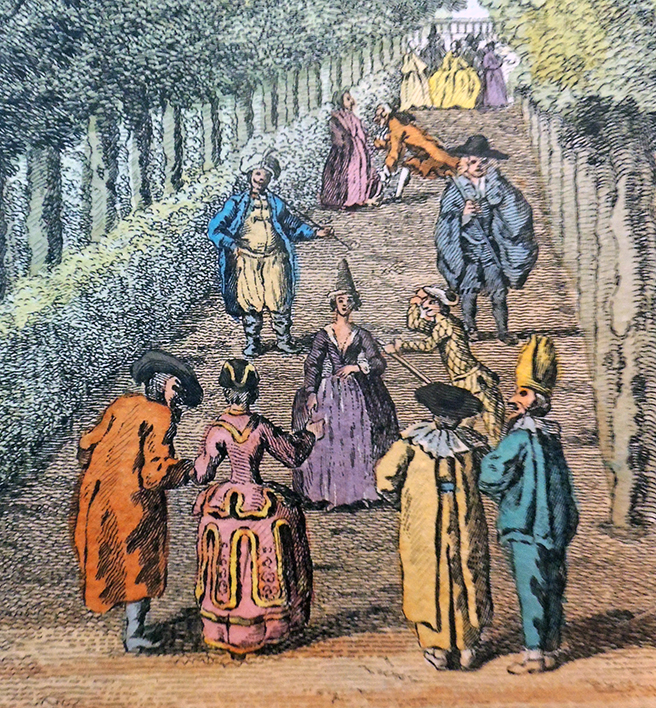 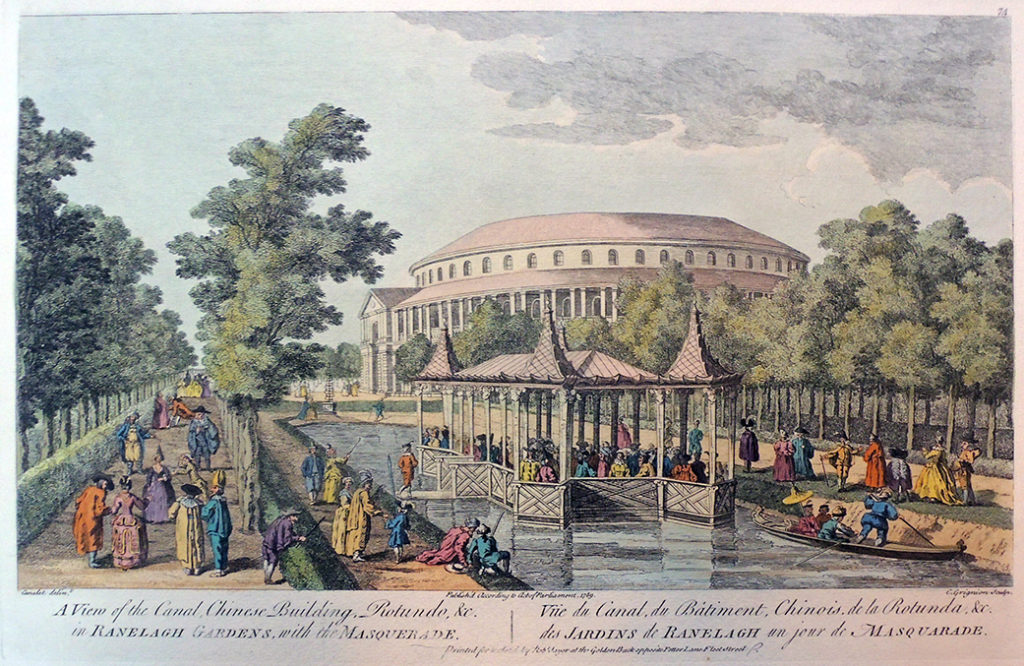 “Pleasure gardens were the great melting pots of 18th-century society and centres for public entertainment. First opened in 1746, Ranelagh Gardens in Chelsea boasted acres of formal gardens and tree-lined promenades. Visitors came to admire the Chinese Pavilion, watch the fountain of mirrors and attend musical concerts held in the great 200-foot-wide Rotunda. Originally designed to appeal to wealthier tastes, pleasure gardens soon became the haunt of the rich and poor alike, where both aristocrats and tradesmen enjoyed spectacles side by side.”-British Library 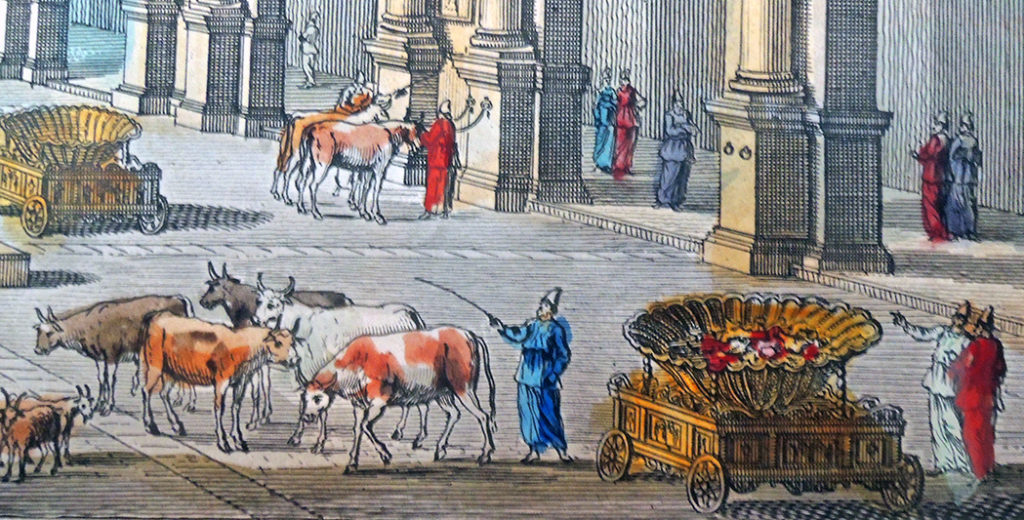 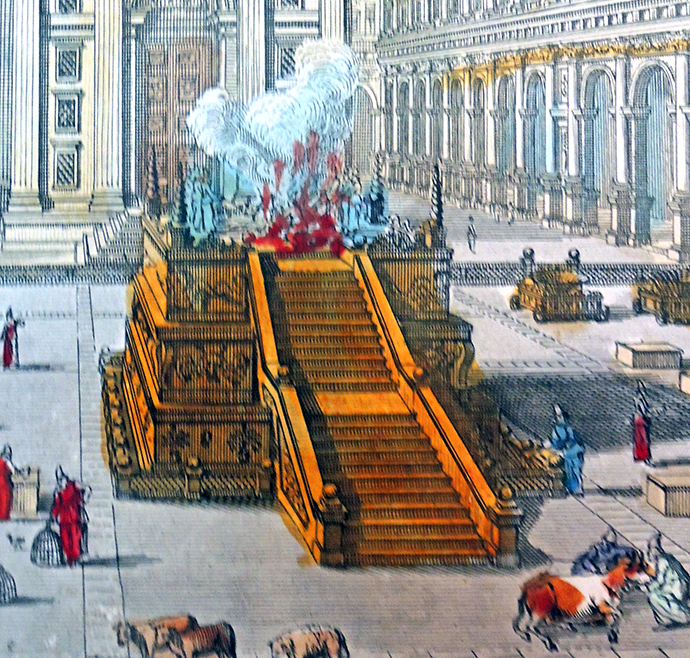 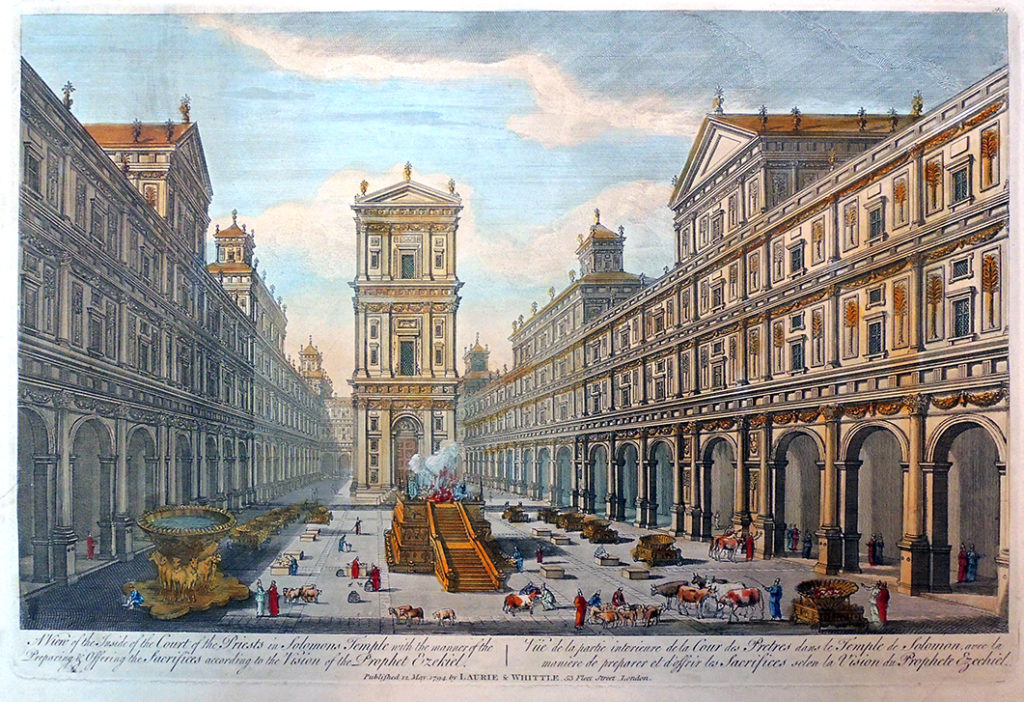 View of the Inside of the Courts of the Priests in Solomon’s Temple, with the manner of the Preparing & Offering the Sacrifices according to the Vision of the Prophet Ezekiel, May 12, 1794. Printed for Rob.t Sayer at the Golden Buck opposite Fetter Lane Fleet-street, London. Hand colored engraving. Graphic Arts Collection GAX 2020- . Gift of Bruce Willsie ’86.

Note the large basin on the left: Brazen Sea by Morris Jastrow, Jr., Ira Maurice Price, Marcus Jastrow, and Louis Ginzberg, “The brazen laver of the Mosaic ritual; made by Solomon out of bronze captured by David at Tibhath and Chun, cities of Hadarezer (I Chron. xviii. 8). It served the same purpose for the officiating priests of Solomon’s Temple as did the layer for those officers at the tabernacle. The dimensions of the sea (I Kings vii. 23-26) were as follows: height, 5 cubits; circumference, 30 cubits (consequently it was about 10 cubits in diameter); and a handbreadth in thickness. It was capable of holding 2,000 “baths”; on the smallest calculation, about 17,000 gallons. “Under the brim of it round about there were knops which did compass it, for ten cubits compassing the sea round about; the knops were in two rows, cast when it was cast” (ib. 24). This great brazen vessel was set on the backs of twelve brazen oxen; three of them facing each cardinal point, and all of them facing outward…”–http://www.jewishencyclopedia.com/articles/3659-brazen-sea 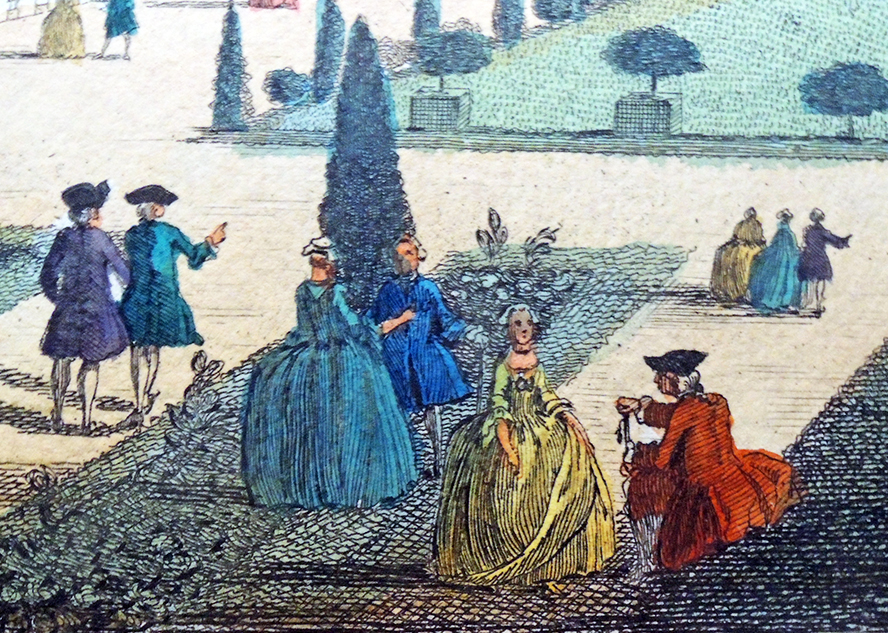 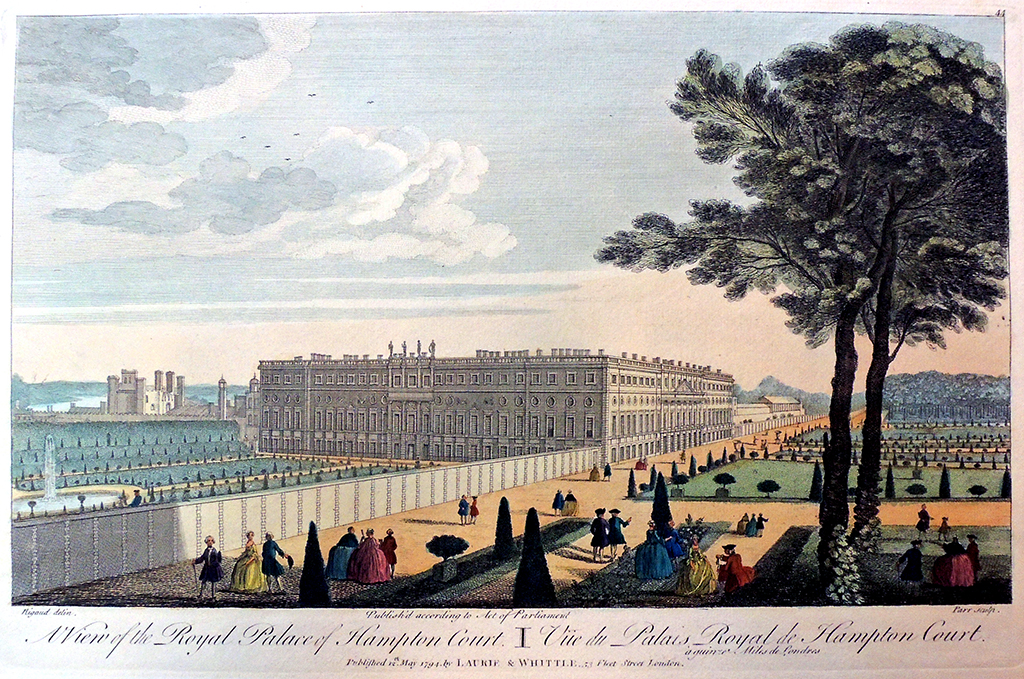