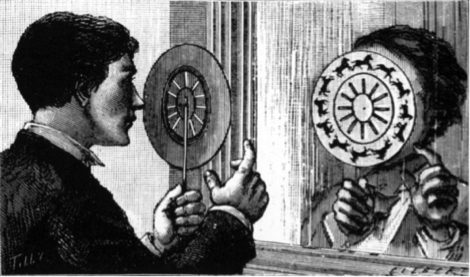 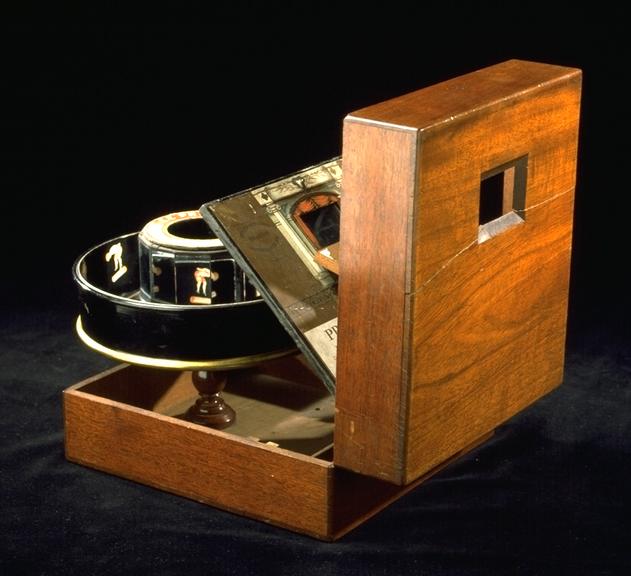 One of the problems with the original phenakistoscope, pictured above as it was invented around 1833, was that you needed to provide your own mirror. Looking through the slots in the circular print while it turned, a moving image appeared like magic in the reflection. Unfortunately, many 19th-century rooms (similar to our classrooms) were completely lacking in mirrors.

Within a few years, this toy evolved into the zoetrope and then the praxinoscope, devices that were all-inclusive moving image suppliers. Émile Reynaud further designed a portable praxinoscope theater [on the left] around 1879, which included all the parts needed to have a mini motion picture theater in your home.

Not to be left behind, someone also developed a portable phenakistoscope theater, complete with the circular prints, the turning handle, and the mirror. Most customers had already moved on to more elaborate devices and this model never caught on, making it rare in pre-cinema collections. Happily, we now have an example of this optical theater in the Graphic Arts Collection. Take a look. 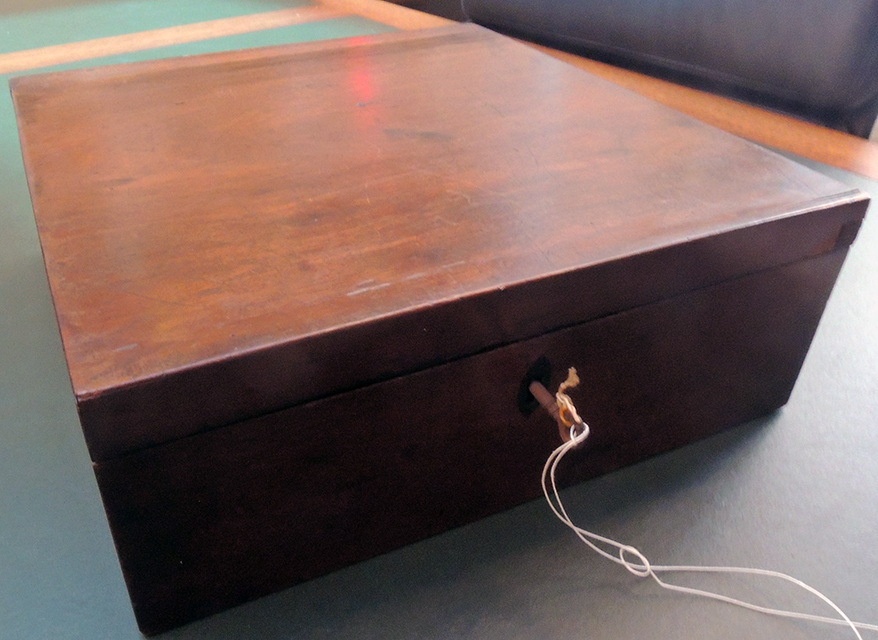 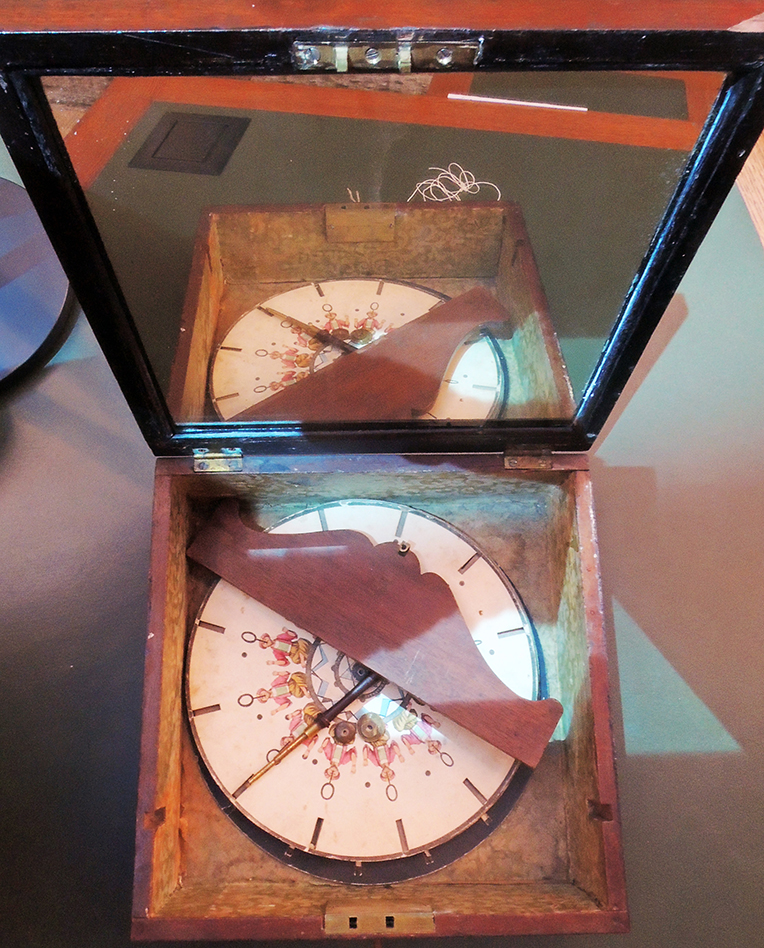 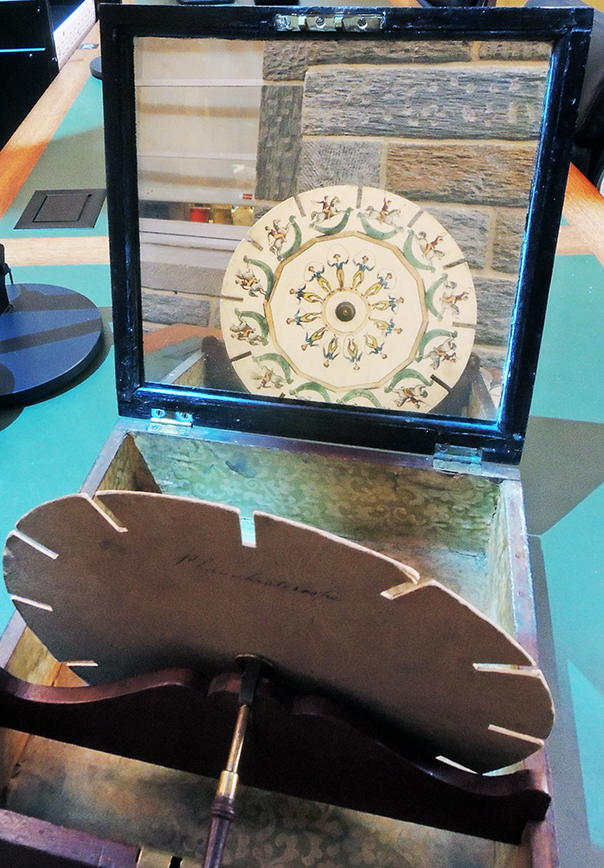 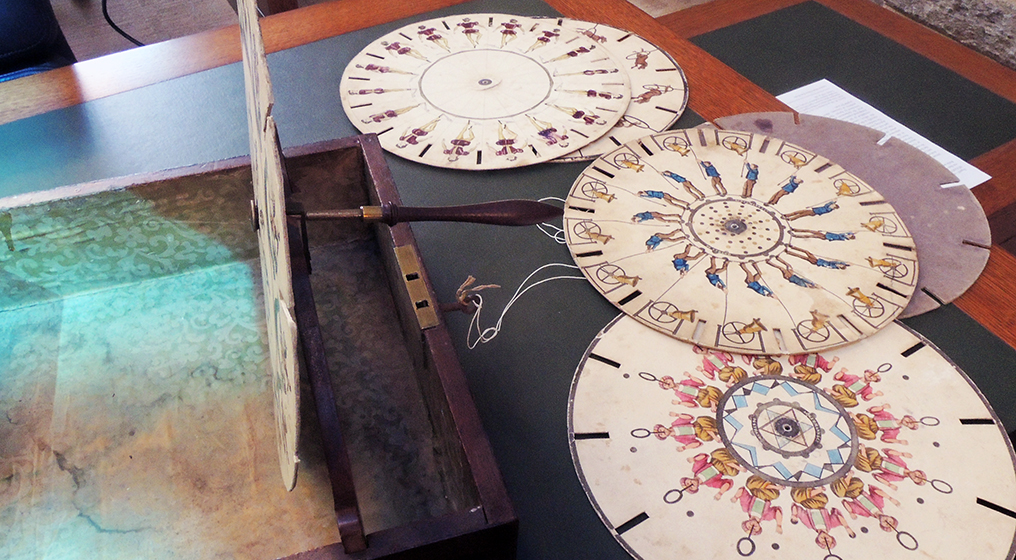 Thanks to Nicholas Gallop who made this thumbnail gif

1 thought on “A Portable Phenakistoscope Theater”