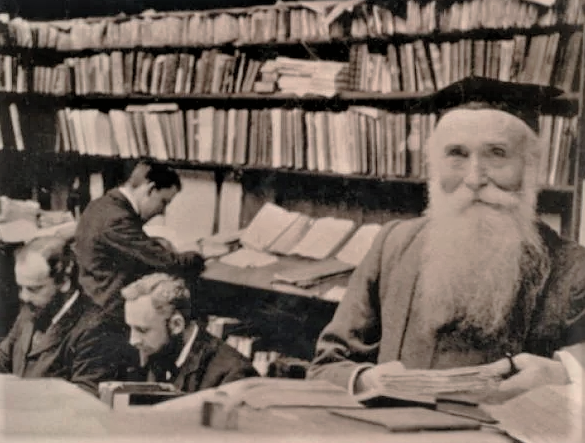 Perhaps it was an odd match to cast Mel Gibson [below] as Sir James Augustus Henry Murray [above]  (1837-1915), editor of the Oxford English Dictionary from 1879 until his death, and Sean Penn as William Chester Minor (1834-1920), one of the OED’s major contributors. They star in the film adaptation of Simon Winchester’s 1998 book The Professor and the Madman: A Tale of Murder, Insanity, and the Making of the Oxford English Dictionary (also called The Surgeon of Crowthorne) chronicling Minor’s relationship with Murray, while confined in the Broadmoor psychiatric hospital. 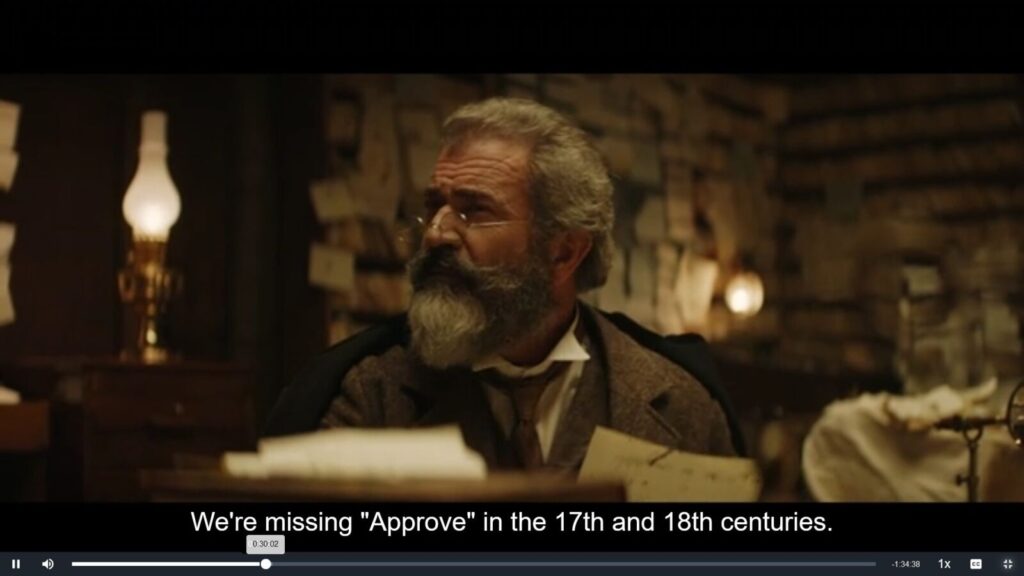 After years of delay, the film is streaming on Kanopy: https://princetonlibrary.kanopy.com/video/professor-and-madman

Work on the OED began in 1857 and unbound fascicles were published from 1884 forward under the title A New English Dictionary on Historical Principles. https://catalog.hathitrust.org/Record/009038919.  In 1899 alone, Minor provided 12,000 quotations for the OED. The project was expected to take ten years to complete and be some 7,000 pages long, in four volumes. In fact, when the final results were published in 1928, it ran to twelve volumes, with 414,825 words defined and 1,827,306 citations employed to illustrate their meanings.

Among the other work inspired and produced thanks to the OED are the animations of William Kentridge, who took over the video screens of Times Square in December 2019 with “To What End?” for that month’s Midnight Moment.

In 1994, the Cuban American photographer Abelardo Morell created a series around the dictionary, including Six Dictionaries, 1994 and Dictionary, 1994. Morell was a 2006 Visiting Professor in the Humanities Council and Class of 1932 Fellow in Visual Arts. 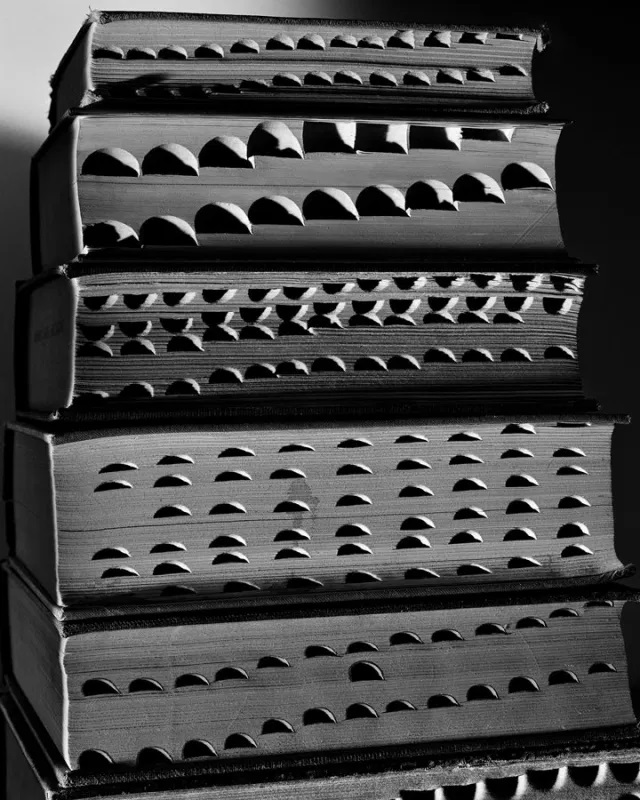 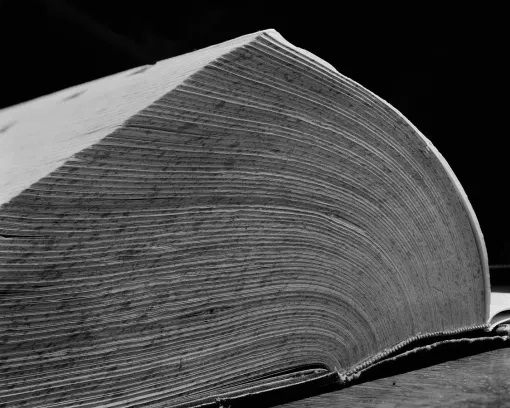