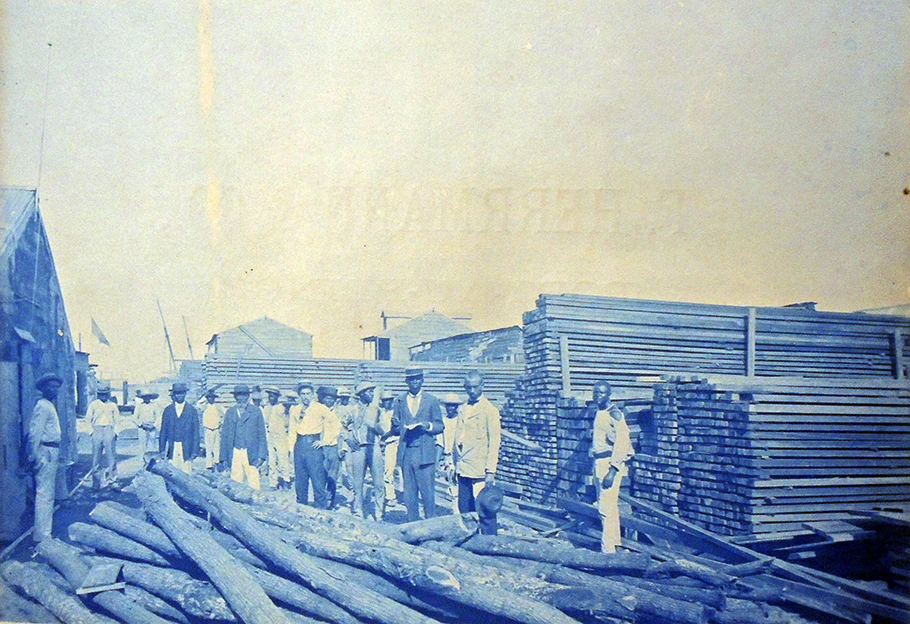 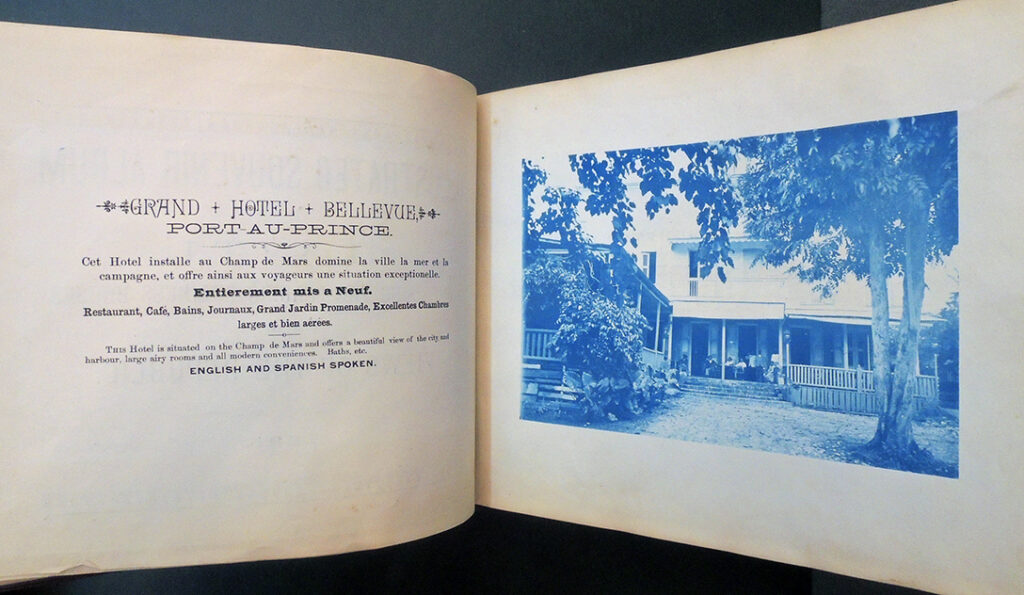 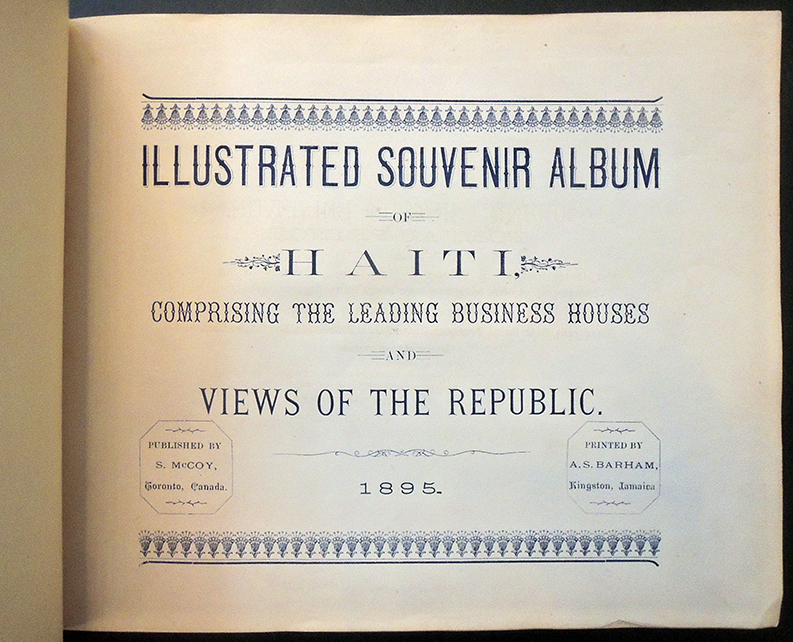 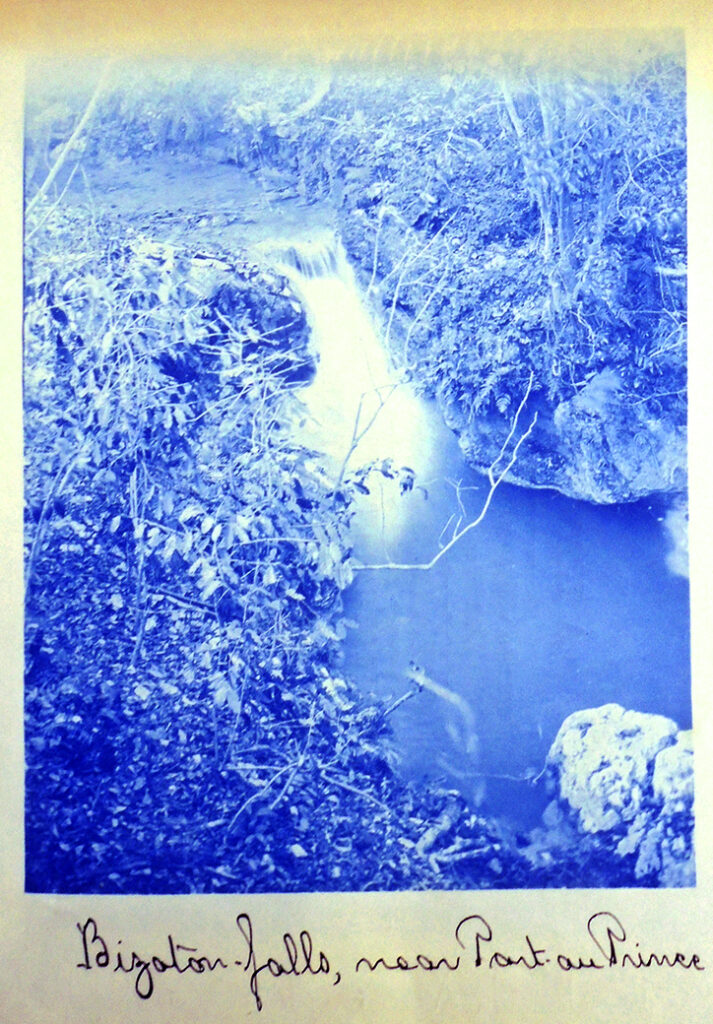 Born in New York City on October 18,1866, Edward George Mevs was registered as an American citizen while in Port-au-Prince, Haiti, in 1877. The purpose of his visit is listed as business although he was 11 years old. There is no information about his father’s occupation.

Back in New York in 1893, now 26-year-old Mevs applied for a passport to travel to Port-au-Prince as a photographer, promising to return in two years. A second application was completed in 1895 when the two years ran out.

Mevs continued to travel between the two cities throughout his life, the last recorded trip at the age of 63 in 1930. We know he was 5’ 11’’ with brown hair and a fair complexion, although his nationality is listed as American, Haitian, and West Indian on various documents.

Mevs is the one photographer’s name that has been found in a small volume labeled Illustrated Souvenir Album of Haiti, Comprising the Leading Business Houses and Views of The Republic (Toronto: S. McCoy, 1895). Each recto has a cyanotype, most illustrating a Haitian business with text identifying the company on the opposite page. Several prints are further described in a written caption. 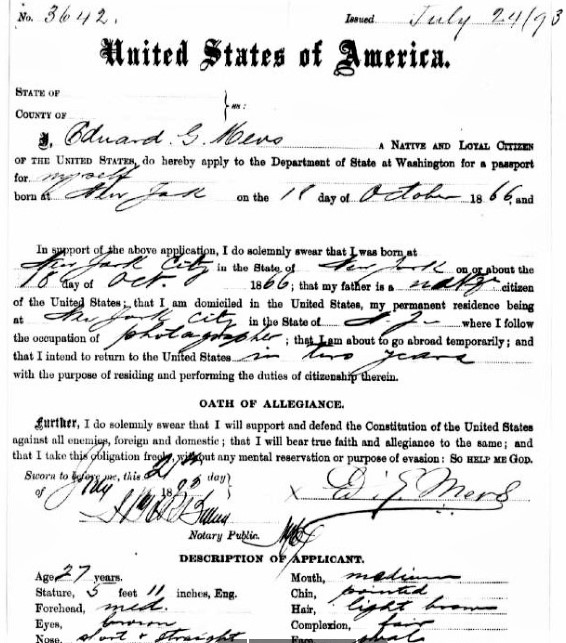 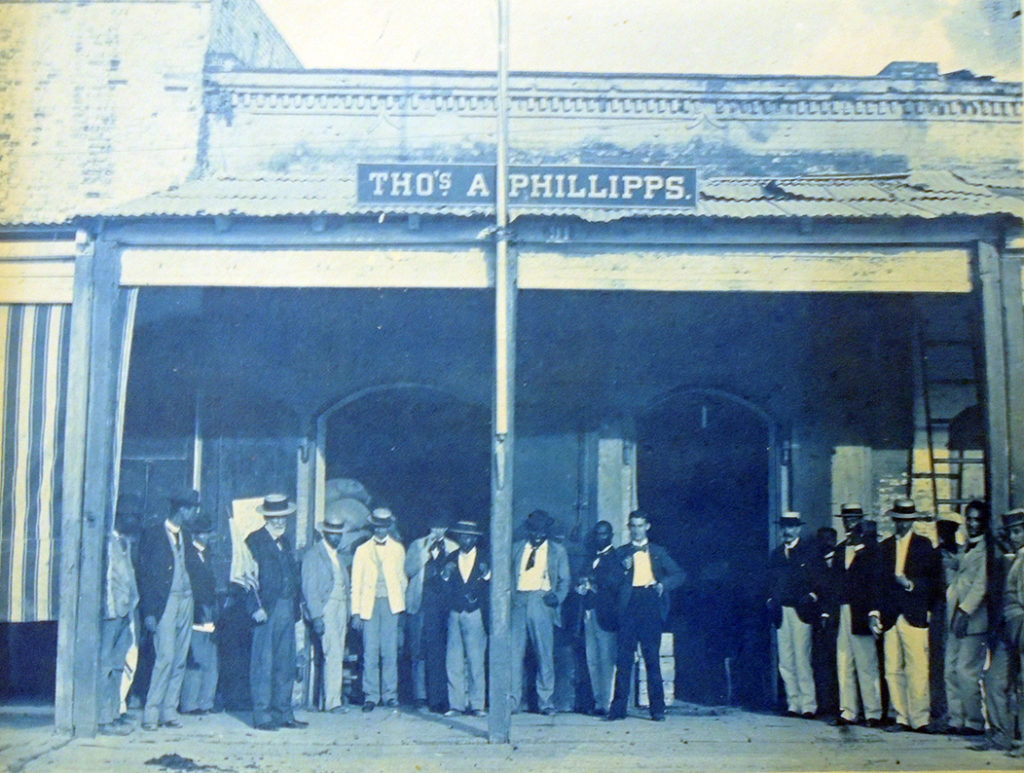 This is a curious album printed by A. S. Barham in Kingston, Jamaica, and published by S. McCoy from Toronto. Included are drugstores, hotels, banks, import/export merchants, suppliers of French goods, drugstores, coffee exporters, hardware stores, lumber mills, opticians, printers, a cooper, and an ice factory with diverse locations such as Port-au-Prince, Gonaïves, Cap Haitien and Jacmel.

It is not unusual for a photographer to use cyanotypes in this period, which is a relatively inexpensive process. Also called Blueprints, the image is made by painting iron salts on paper or cloth and then exposing the material to sunlight through a photographic negative. Long term, the image is susceptible to fading when given too much light exposure, but it is also surprisingly resilient, as the image may return when left in the dark. 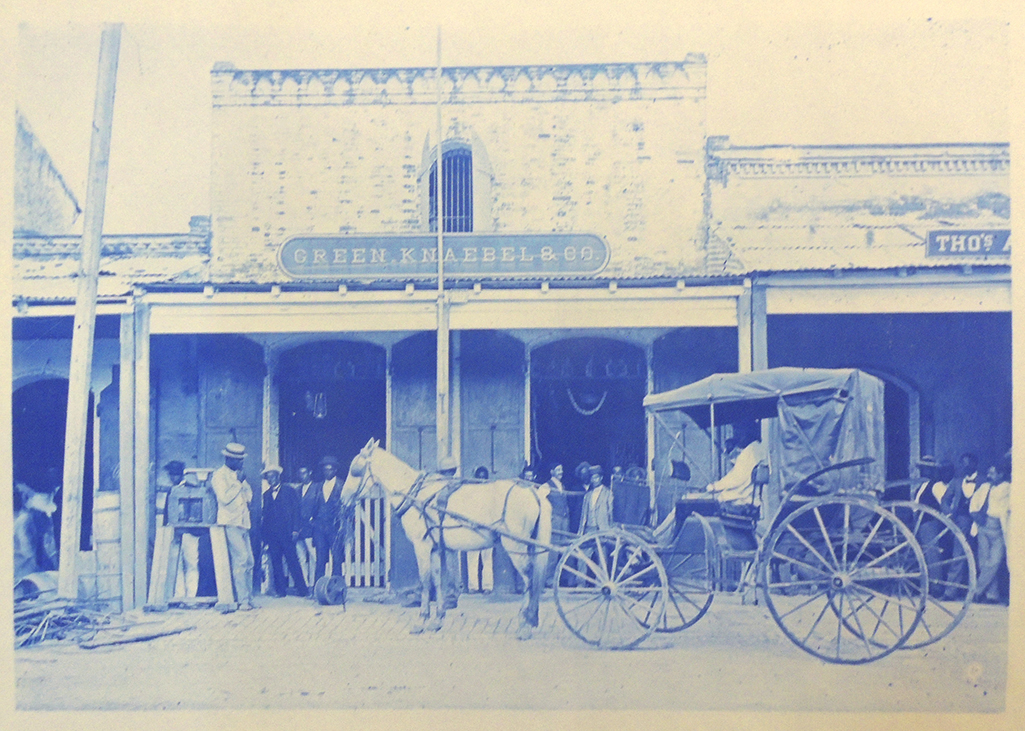 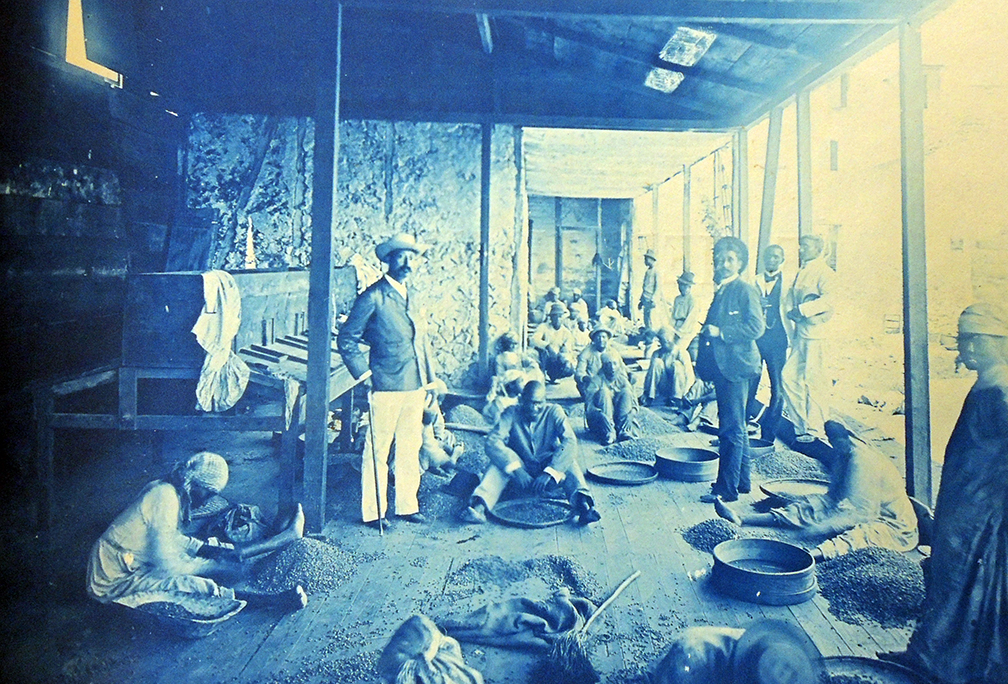 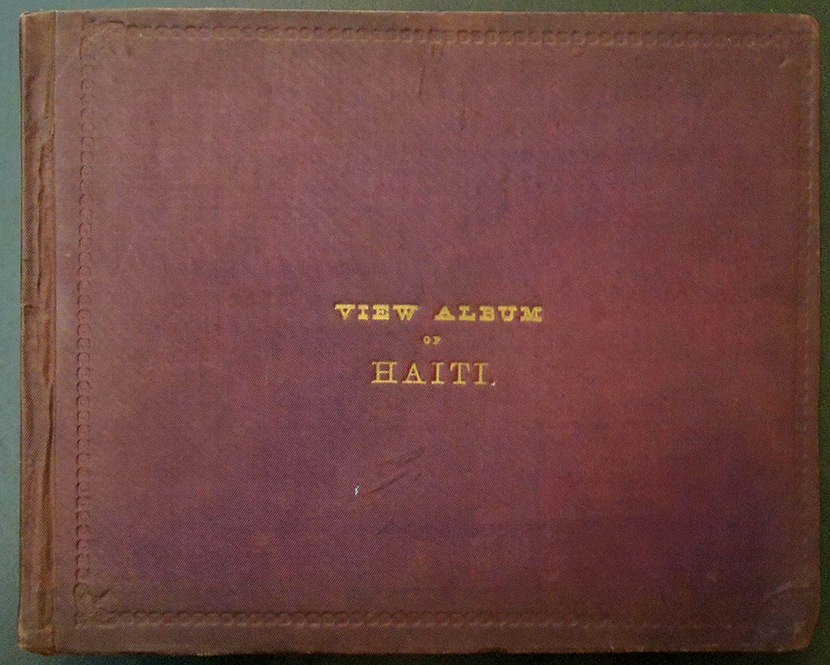