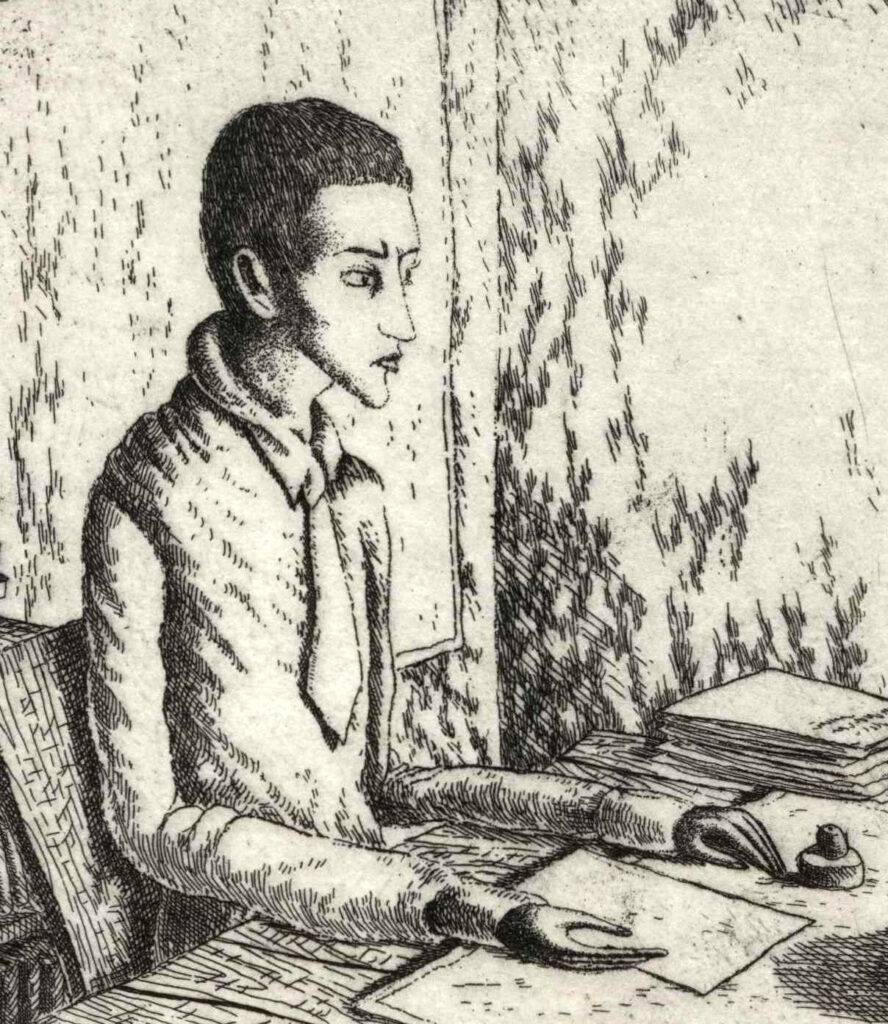 Das Schloss, also spelled Das Schloß (The Castle) was written by Franz Kafka (1883-1924) at the end of his life and published posthumously in 1926. Princeton University Library holds more than 60 editions of the novel or critical essays concerning the text. Its protagonist, known as “K” was the inspiration for this etching by Otfried Culmann titled Das Schloß – F. Kafka [The Castle – F. Kafka] and printed in 1970 in an edition of 50. With sincere thanks to the Ike und Berthold Roland-Stiftung an impression is now part of the Graphic Arts Collection.

The Roland Foundation generously donates art works to museums and libraries around the world, for example to the Goethe Museum in Rome, to the townhall of Capri, the National Library Austria, Vienna, the National Library of Switzerland, Bern, the Bibliothèque Nationale, Paris, and now, Princeton University. Originally owned by Dr. Berthold Roland, former Director of the State Museum of Mainz, Germany, this print is it one of many works on paper by German artists that he collected. We are especially grateful to his son Oliver Roland, Managing Director of the Roland Foundation for this donation. 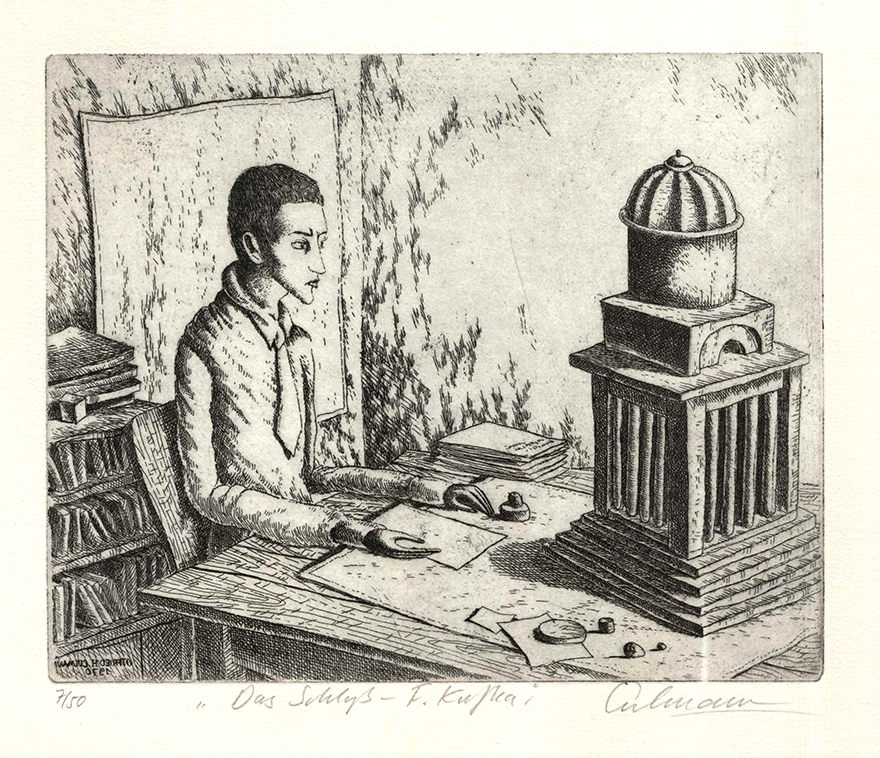 Culmann was born in 1949 and studied Academy of Fine Arts in Munich with Mac Zimmermann. This print was probably made while in Stuttgart where he work briefly with Walter Brudi at the State Academy of Fine Arts. In the 1980s, Culmann turned to writing and is known as much for his fantasy fiction as his visual art. The artist has also transformed the house where he was born, a former parsonage, into a fantastical work of architectural imagination, hopefully opening again soon to the public: