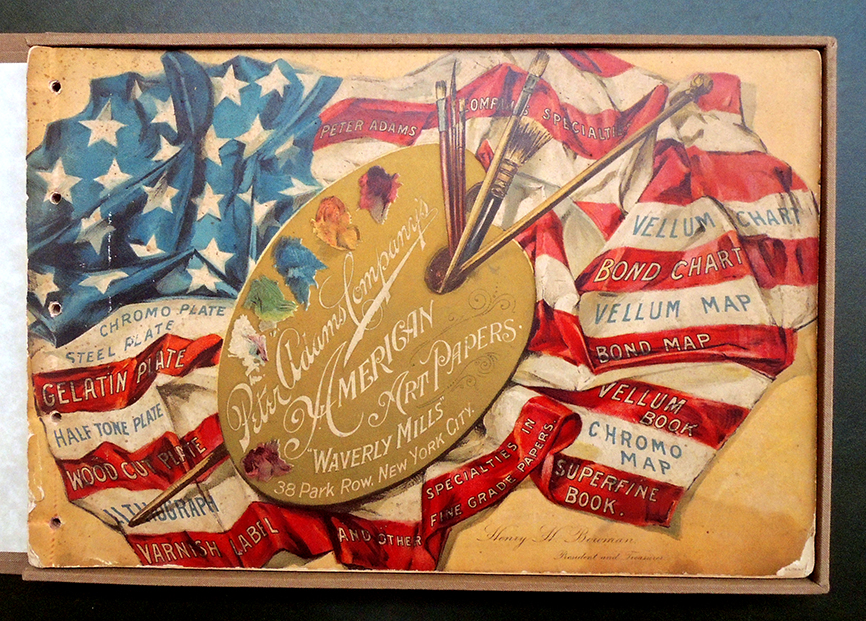 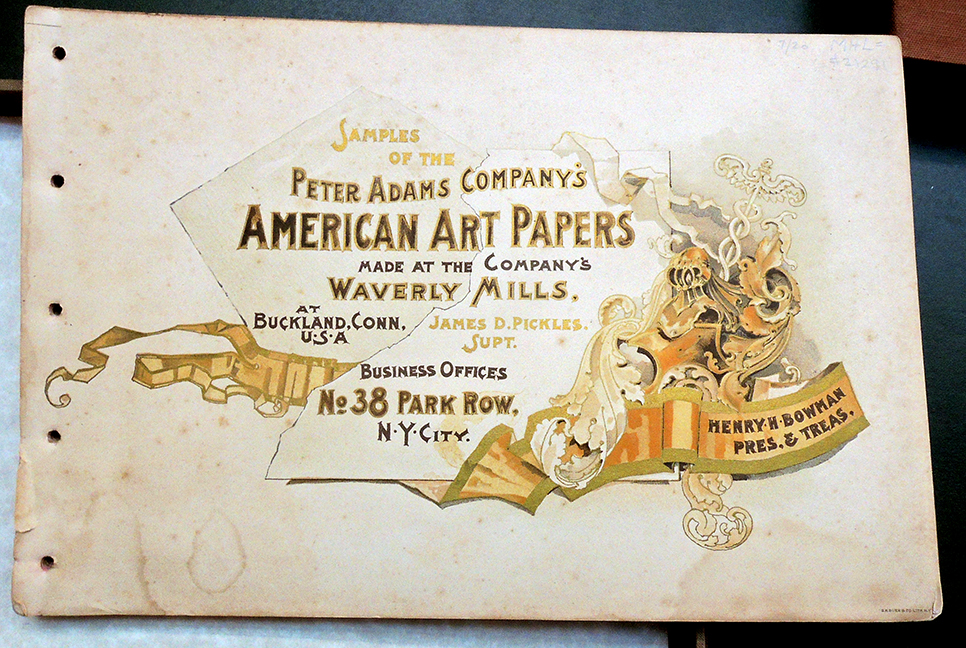 “The Waverly Mills were established by Peter Adams, at the village of Buckland, near the city of Hartford, Connecticut, U.S.A., in the year 1861,” wrote Henry H. Bowman in this 1893 paper sample book for the Mill, although other sources indicate Adams purchased the mill in 1863. The book continues:

“…Mr. Adams was born in Scotland, and there learned thoroughly, in all its branches, the business of paper making. His father died when he was very young. His parents were in very moderate circumstances, and the spirit of self-reliance and the restless energy that throughout his career overcame all obstacles to success, were manifested by him then, when, at the tender age of eight years, he commenced the work of making himself an adept in the art of paper making.

To this work he applied himself steadily until he became an expert paper maker in all the branches of the art. At the age of twenty-one years he came to America. He and three other young Scotchmen set up and operated, at Saugerties, N.Y., the first fourdrinier paper machine that was operated in America. He soon became superintendent of a paper mill, and thereafter his services were in constant requisition in that capacity until he entered int the business of paper making on his own.” 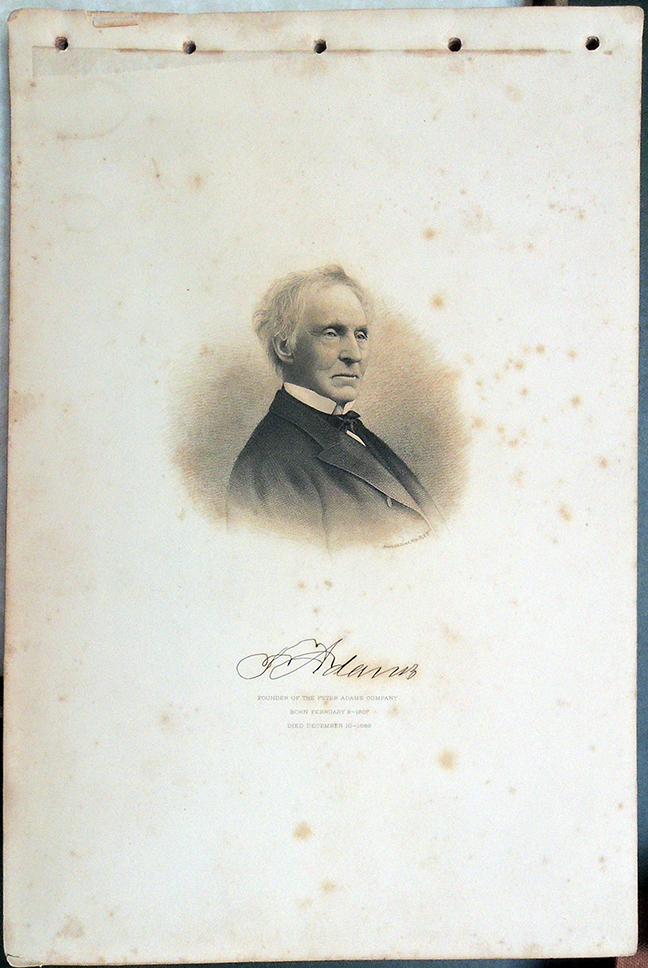 By 1884, Peter Adams (1807-1889) was known as one of the oldest and most successful paper manufacturers in the United States. http://www.manchesterhistory.org/reprints/MHS3_AdamsMill.html 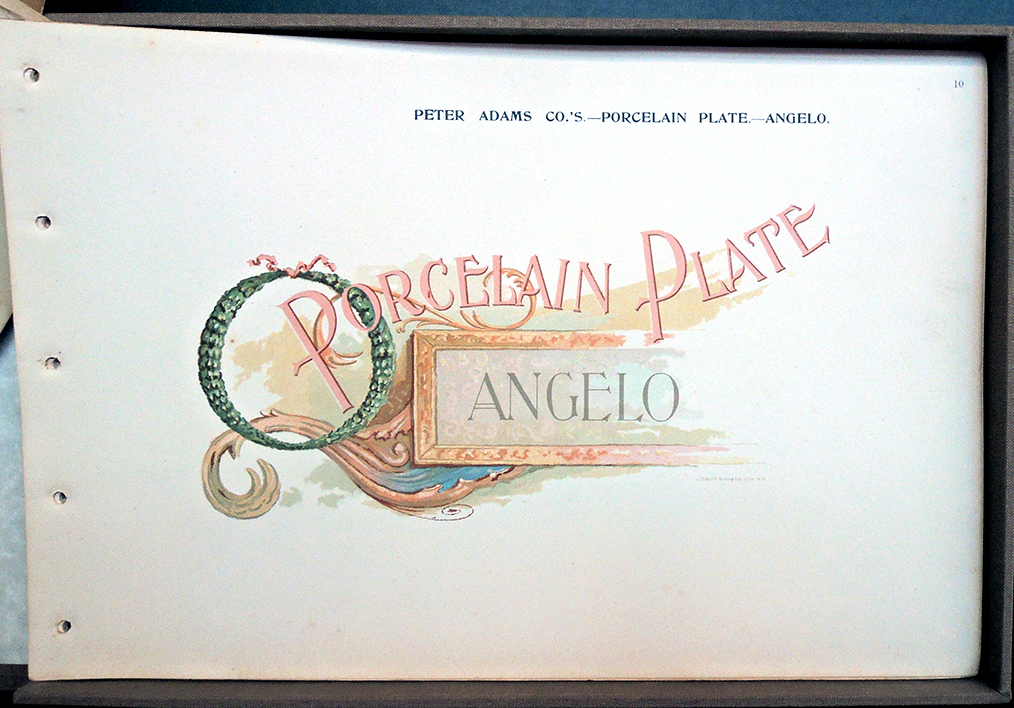 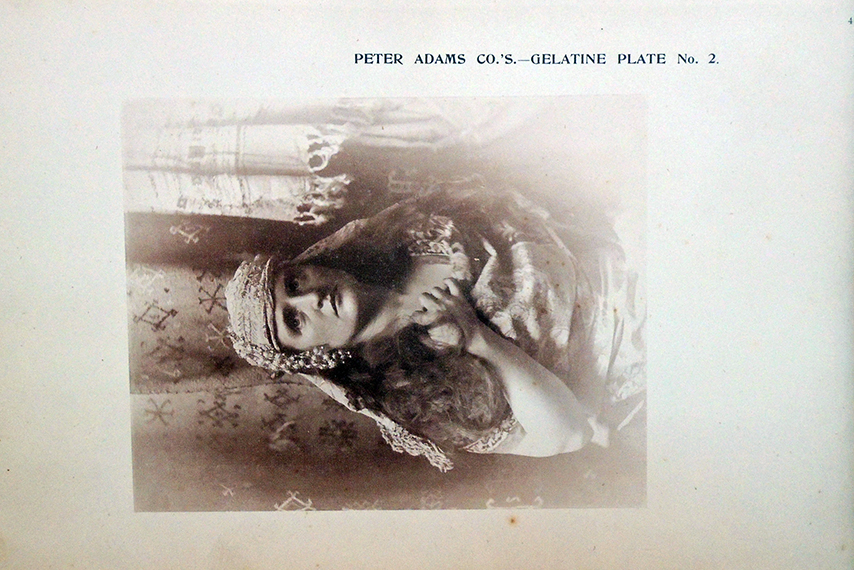 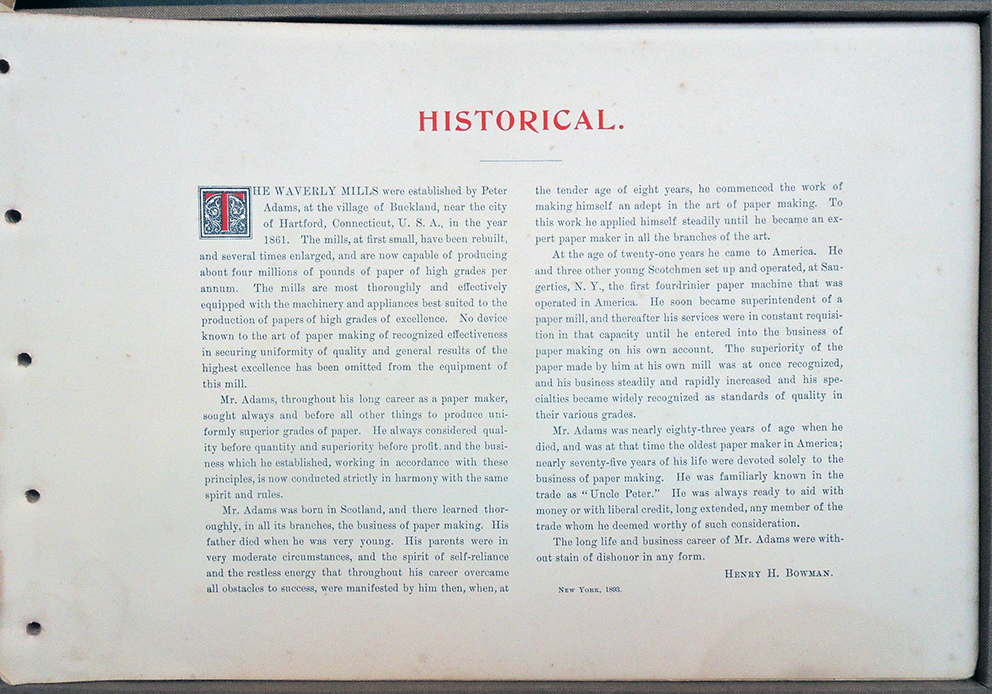 The importance of the Adams firm is demonstrated by their New York City offices, housed at 38 Park Row, in the eleven-story Potter Building commissioned by Orlando B. Potter and constructed in 1883-86 to replace Potter’s World Building, destroyed by fire in January 1882. 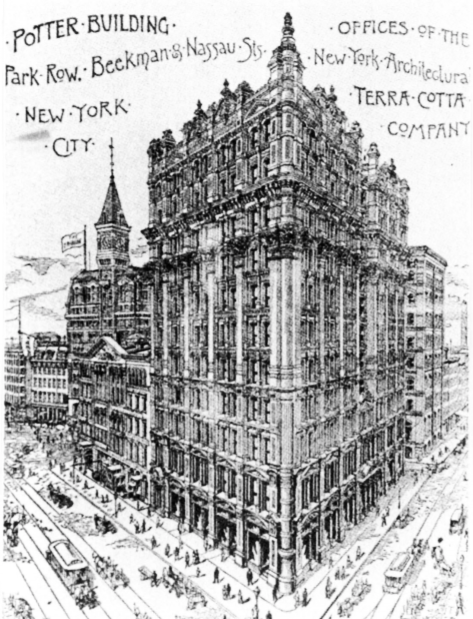 King’s Handbook mentions that there were two hundred offices in the Potter Building, “including those of several newspaper and periodical publishers, insurance and other companies, lawyers and professional men.” Among its newspaper tenants were the editorial and business offices of The Press, a popular penny newspaper founded in 1887 with ties to the Republican party, and the New York-Observer, the oldest American religious newspaper, started in 1823 and previously located in the World Building until the fire.

Other tenants included Peter Adams Co. and Adams & Bishop Co., manufacturers of fine papers for printing, maps, photography, etc.; the Mutual Reserve Fund Life Association, established in 1881 and the then largest assessment insurance firm in the world; the business offices of Otis Brothers & Co., manufacturers of elevators since 1855 and the leading maker of passenger elevators; the New York Architectural Terra Cotta Co. offices; and O.B. Potter himself, on the top floor.

The mill is now a restaurant, located along a popular hiking trail: https://www.journalinquirer.com/living/adams-mill-repurposing-an-old-building-for-a-restaurant/article_449e527a-2533-11e7-88ba-470bf2fdb629.html 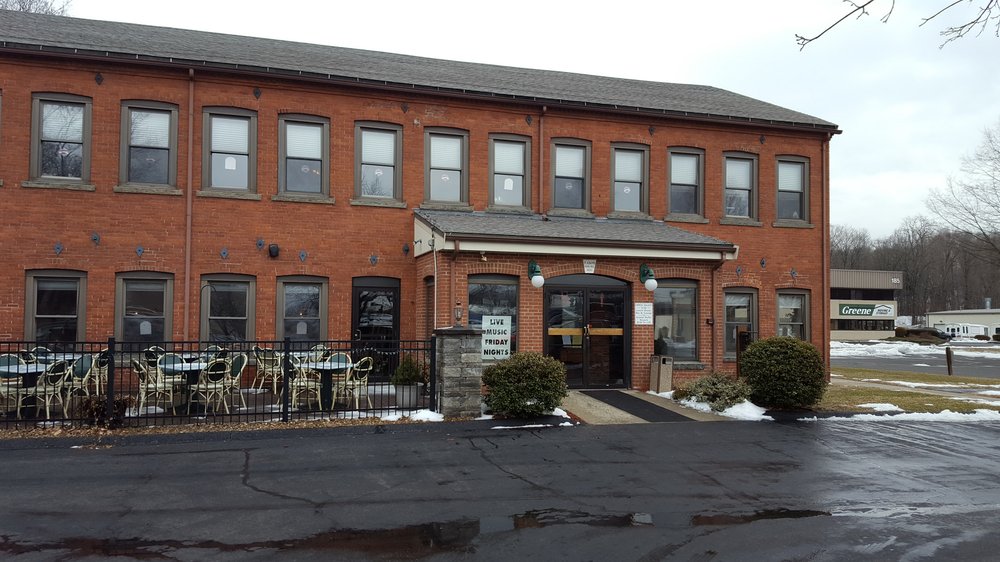