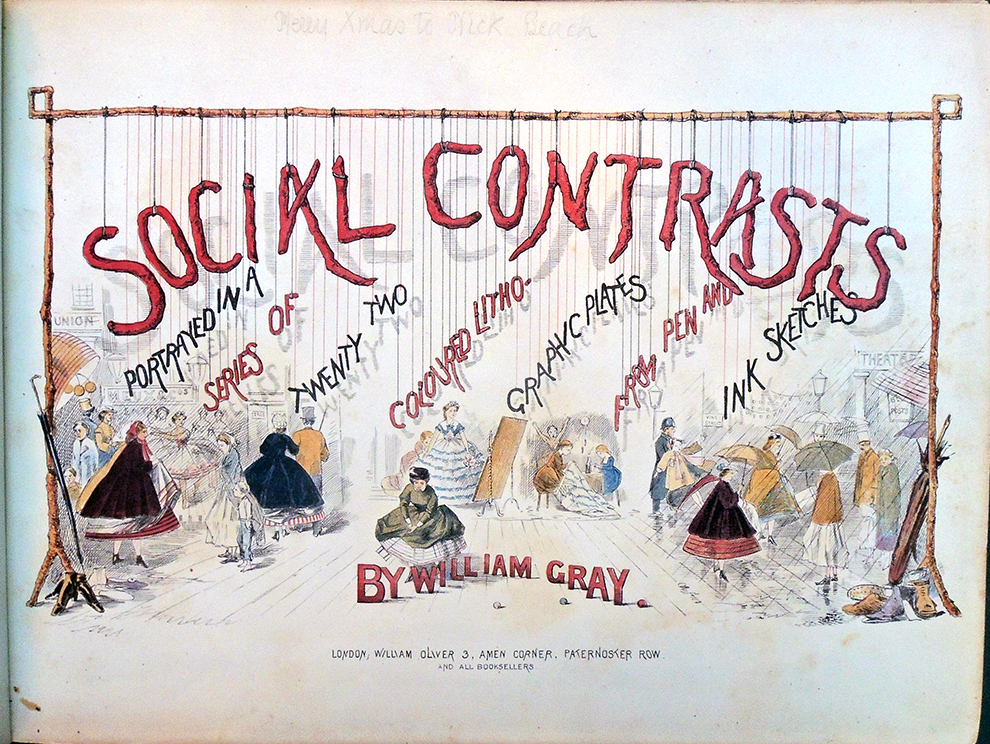 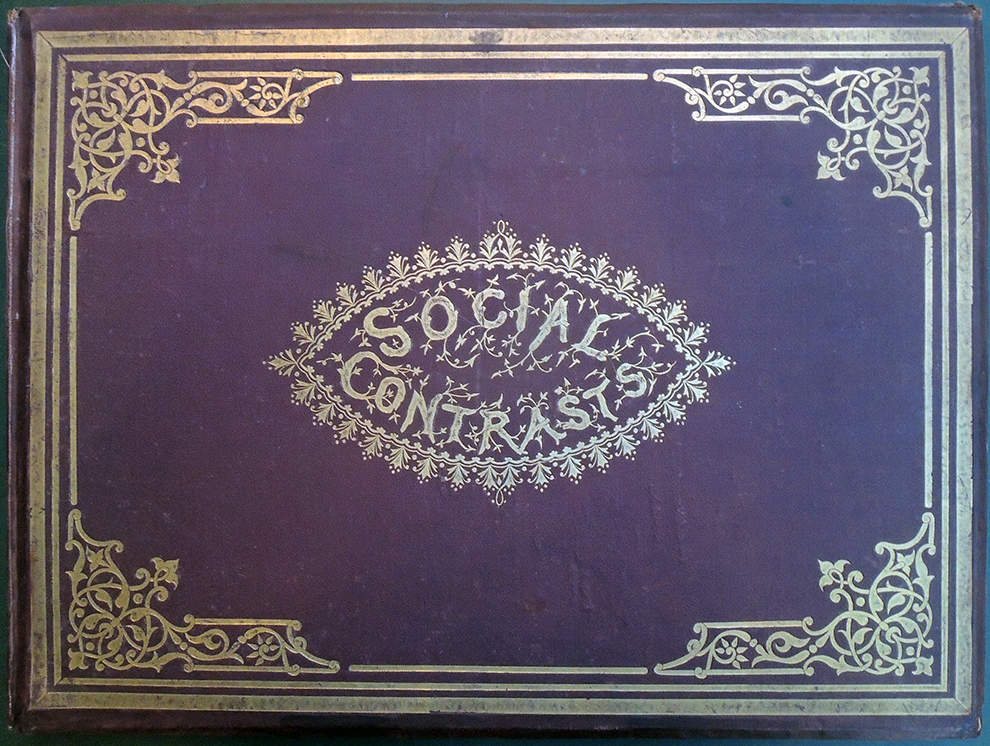 In Victorian London, women were either good or bad, wealthy or poor, public or private, lucky or out of luck. There was no in-between. While this lovely volume offers charming lithographic plates, it also highlights the lack of options for women at that time. A successful performer is seen “Coming out in the lime light” but at the end of the night “Going Home in the Rain.” 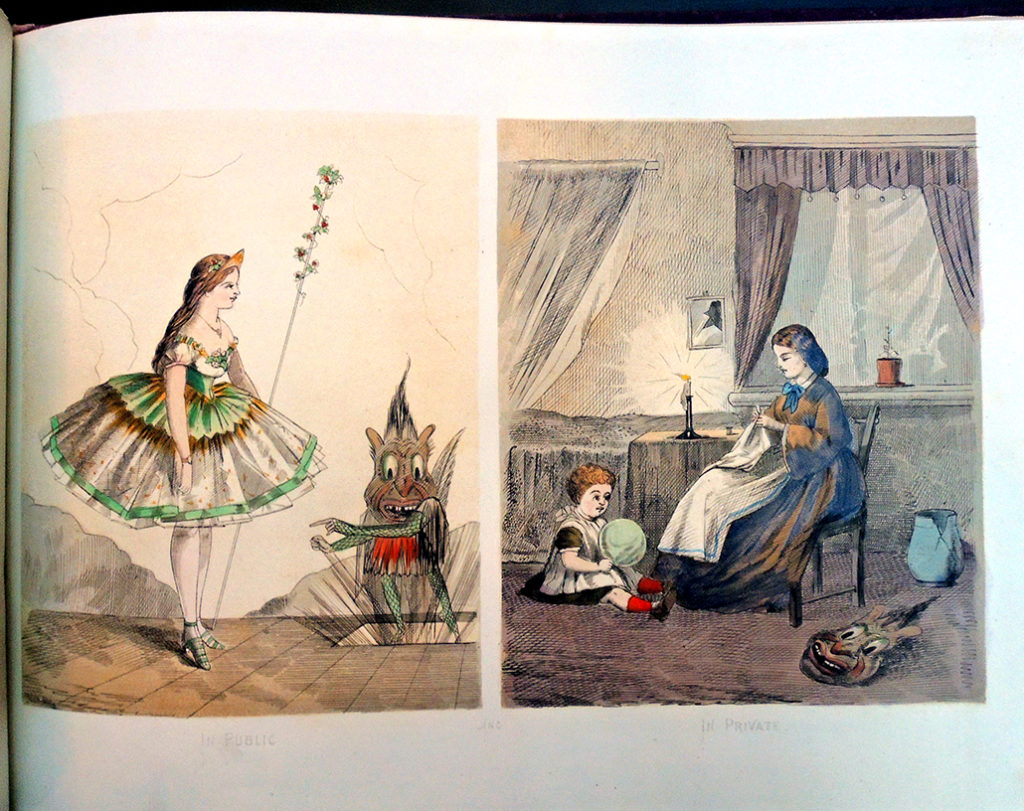 Gray’s work was enthusiastically advertised in the March 31st issue of The Bookseller (1865), which promoted the “magnificently-coloured lithographic plates, copied from the original coloured pen and ink sketches” designed and executed by William Gray. In the same issue, the editor comments,

Mr William Oliver, who has recently commenced business in Amen Corner, Paternoster Row, publishes a volume, which in its way, is the most striking thing we have seen since the appearance of George Cruikshank’s “Bottle”. It is by a new artist, William Gray, and is entitled “Social Contrasts” … All are thoughtful studies, and preach more impressive sermons on a painful subject, than even Mr. Spurgeon [Charles Spurgeon the noted preacher] or the Bishop of Oxford could deliver. Shall we add that like many other erring objects, the pictures in this volume are so pretty, that we look on them with great enjoyment’ (p. 157). 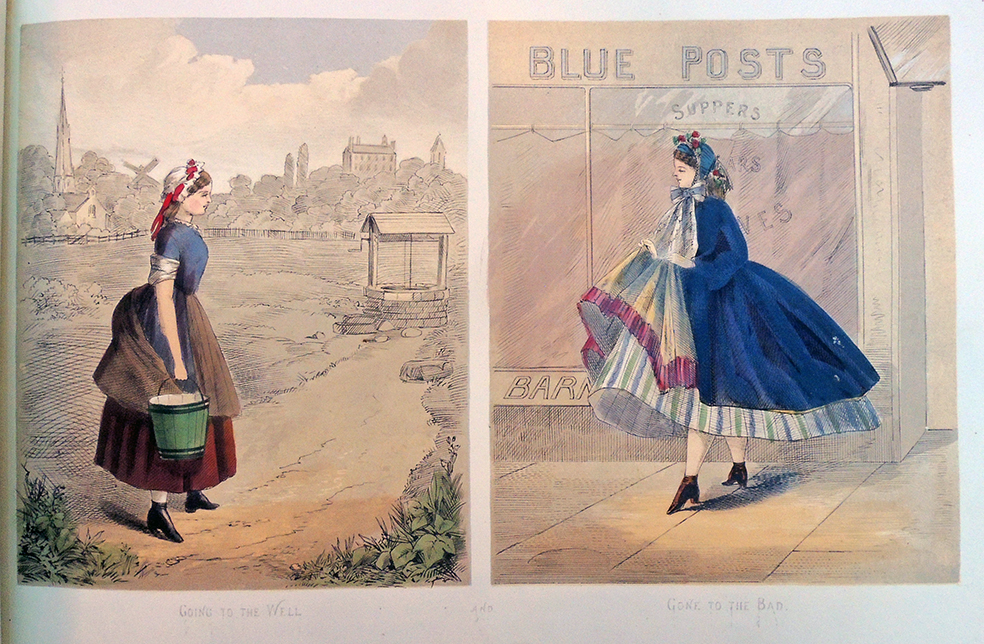 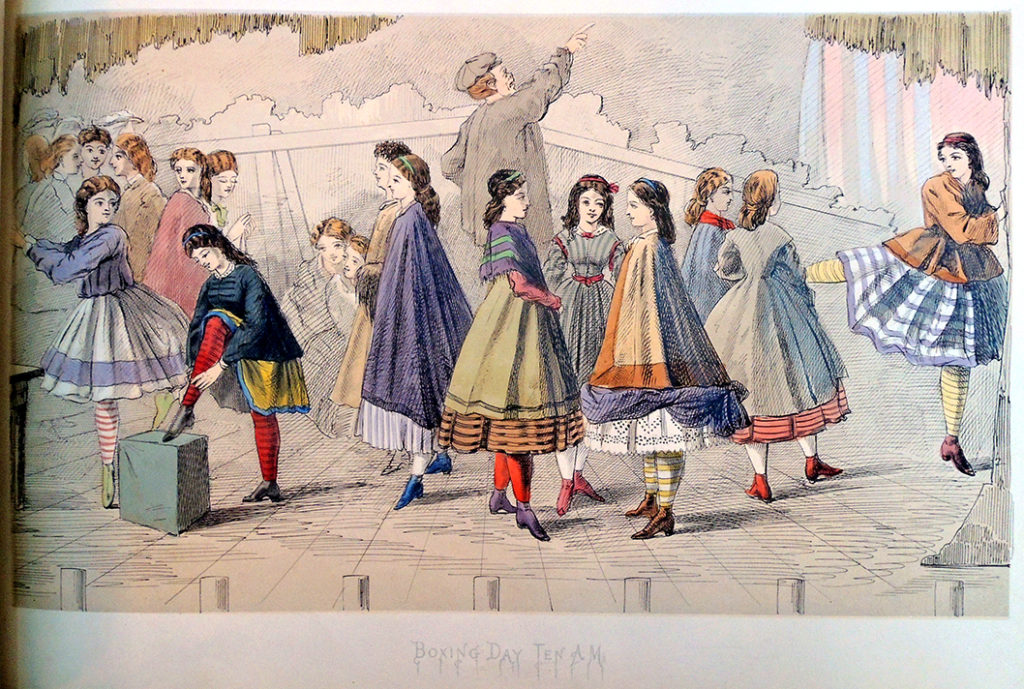 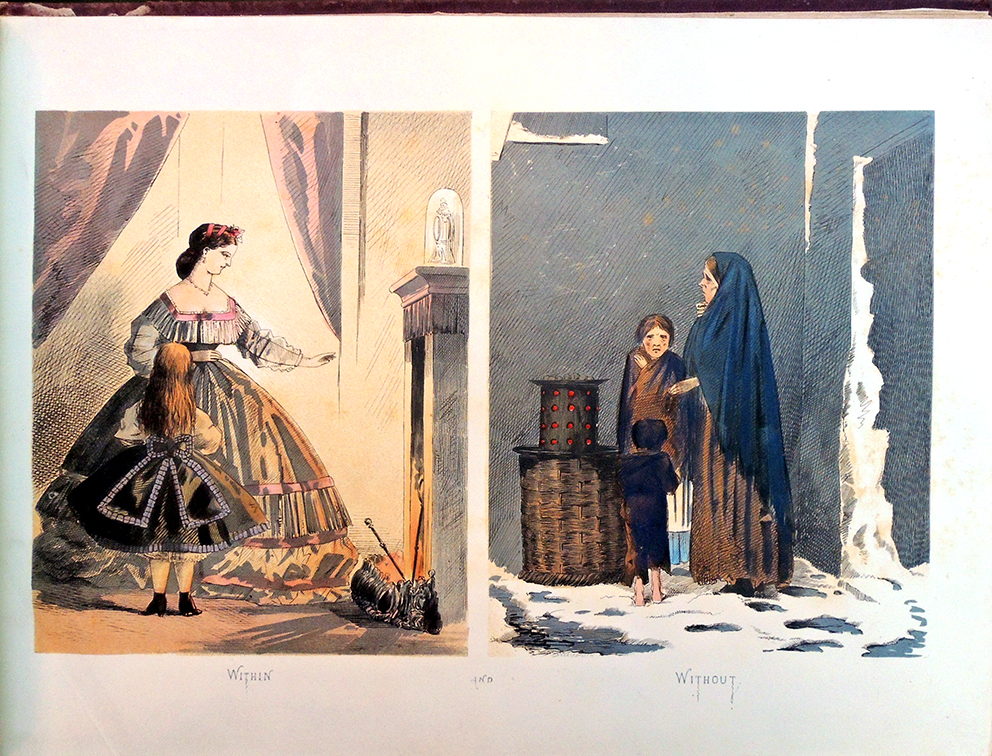 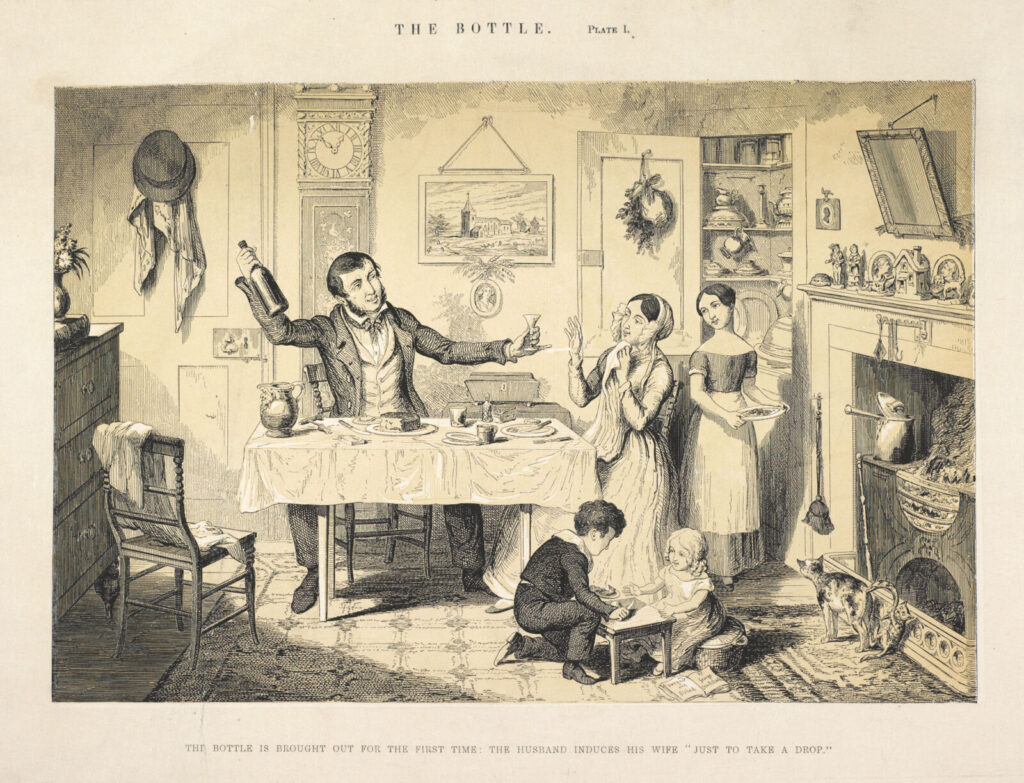 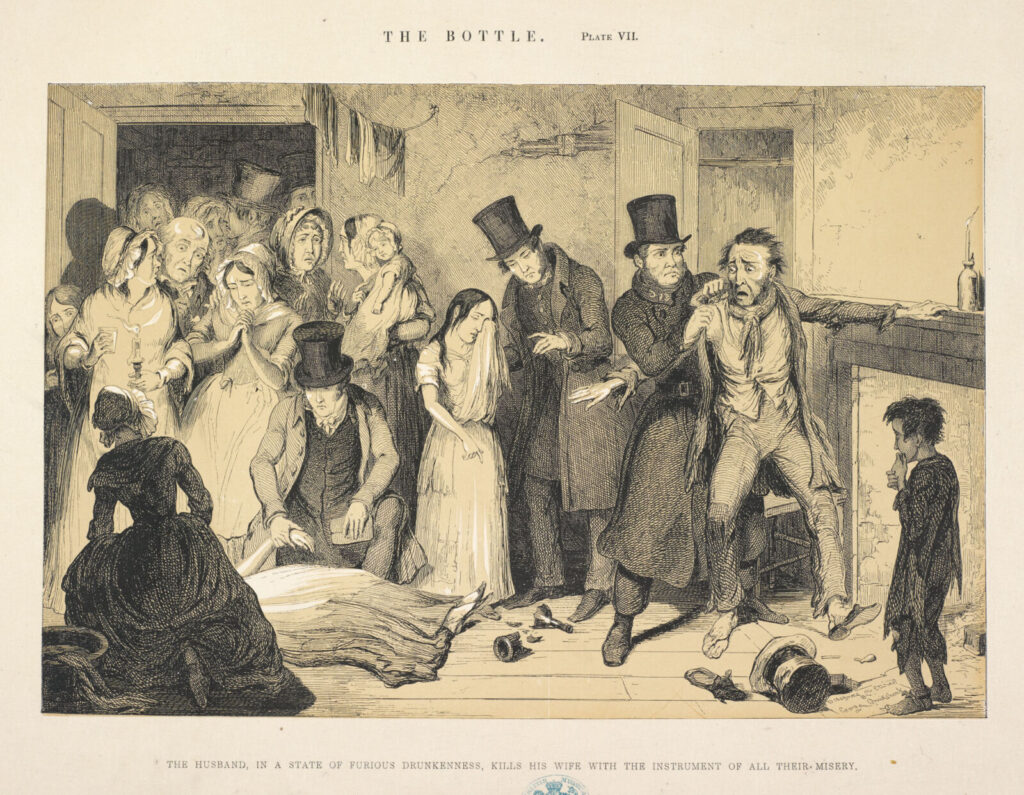