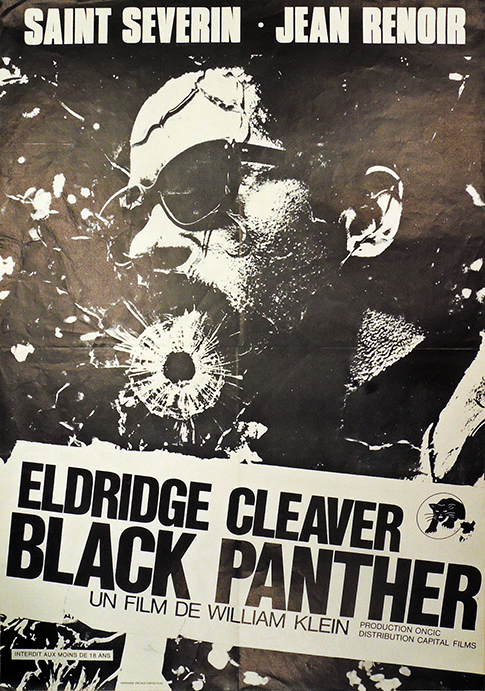 Filmed nonstop for three days by director/cinematographer William Klein (born 1928) on site in Algeria, this low budget film follows Eldridge Cleaver (1935-1998) after leaving the United States. When it was released in London, the Guardian noted, “Cleaver, on film as in life, is a complex mixture of profound political insight, socially crystallized ghetto cultural patterns and a multifaceted human personality.”

“When in Algiers to film the Pan-African Cultural Festival in 1969, Klein met Eldridge Cleaver, the Black Panther Party’s Minister of Information, in exile after being charged with murder in the United States and now invited by the Algerian authorities to take part officially in the Festival with his African-American Information Center. Klein is fascinated by this charismatic and controversial figure, openly advocating the use of violence by the Black Panthers as a legitimate revolutionary practice, and at the same time involved in humanitarian activities and an international solidarity network bringing together activists from Cuba to Africa to Vietnam. The documentary portrays Cleaver’s manifold personality against his daily life in Algiers, as he talks to Klein and to other Festival delegates about American society, the war in Vietnam and the ongoing struggles for independence and civil rights across the continents.”