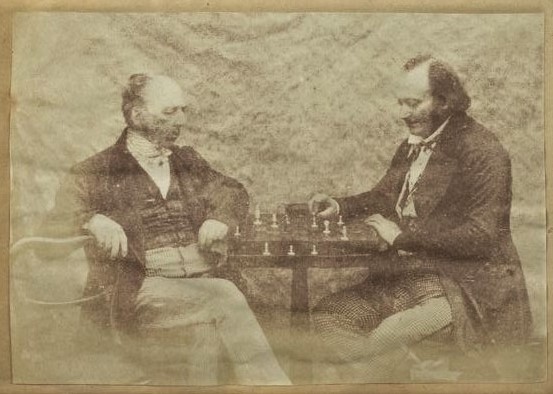 Given the success of The Queen’s Gambit by Walter Tevis (New York: Random House, 1983) [HathiTrust Emergency Temporary Access ReCAP PS3570.E95 Q4 1983] and the Netflix series, we thought it might be interesting to see what chess games were in our collection, played by all genders. Princeton owns one of the earliest calotypes of two men playing chess, attributed to the unknown British amateur named Brodie and undated [above: Richard Willats ark:/88435/k930bx11x, Treasures of the Graphic Arts Collection]. This rivals the calotype attributed to Antoine Claudet showing two men playing chess around 1845. https://talbot.bodleian.ox.ac.uk/2018/09/07/claudets-talbotype-or-calotype-portraits/ 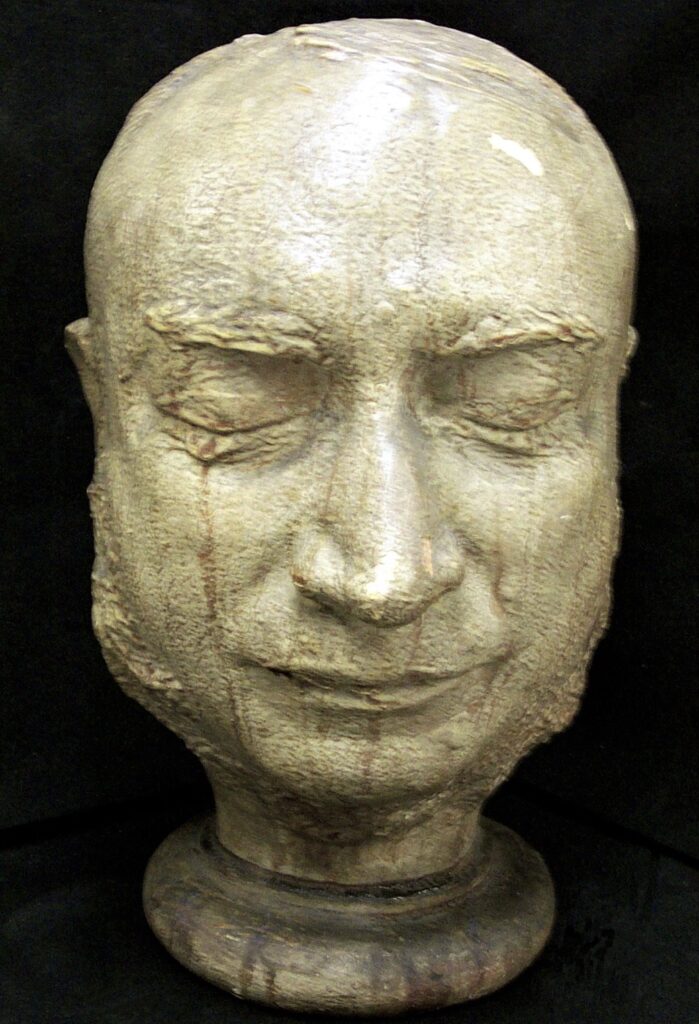 On the left is the death mask for the French chess master Louis-Charles Mahé de La Bourdonnais (1795–1840, box 25), who Wikipedia calls “possibly the strongest player in the early 19th century.” Unfortunately there is no picture of him actually playing.

Within the Cook collection is a portfolio holding nineteen prints and photographs (Cook Oversize GV1447 .C665e). Two are particularly interesting as they are both the French and German edition of the lithograph after Johann Peter Hasenclever (1810-1853) from the series Le musee des rieurs. The German print is titled Die Schachspieler (Berlin) and in Paris the print is called Les Joueurs d’echecs. 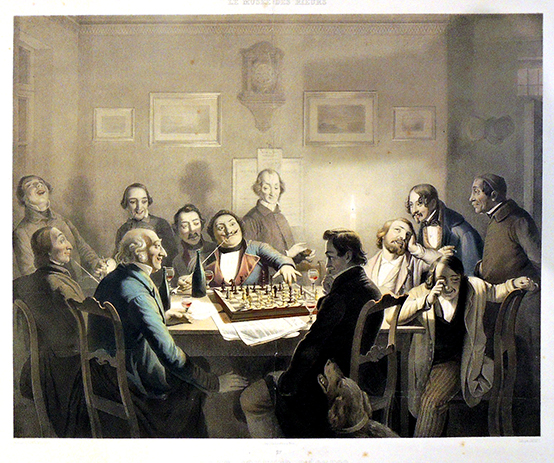 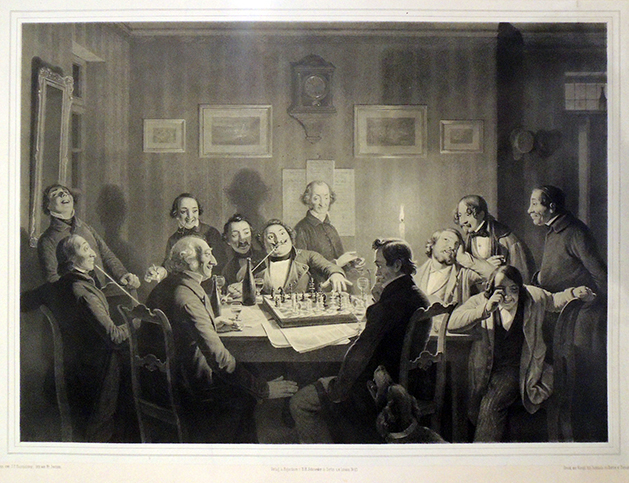 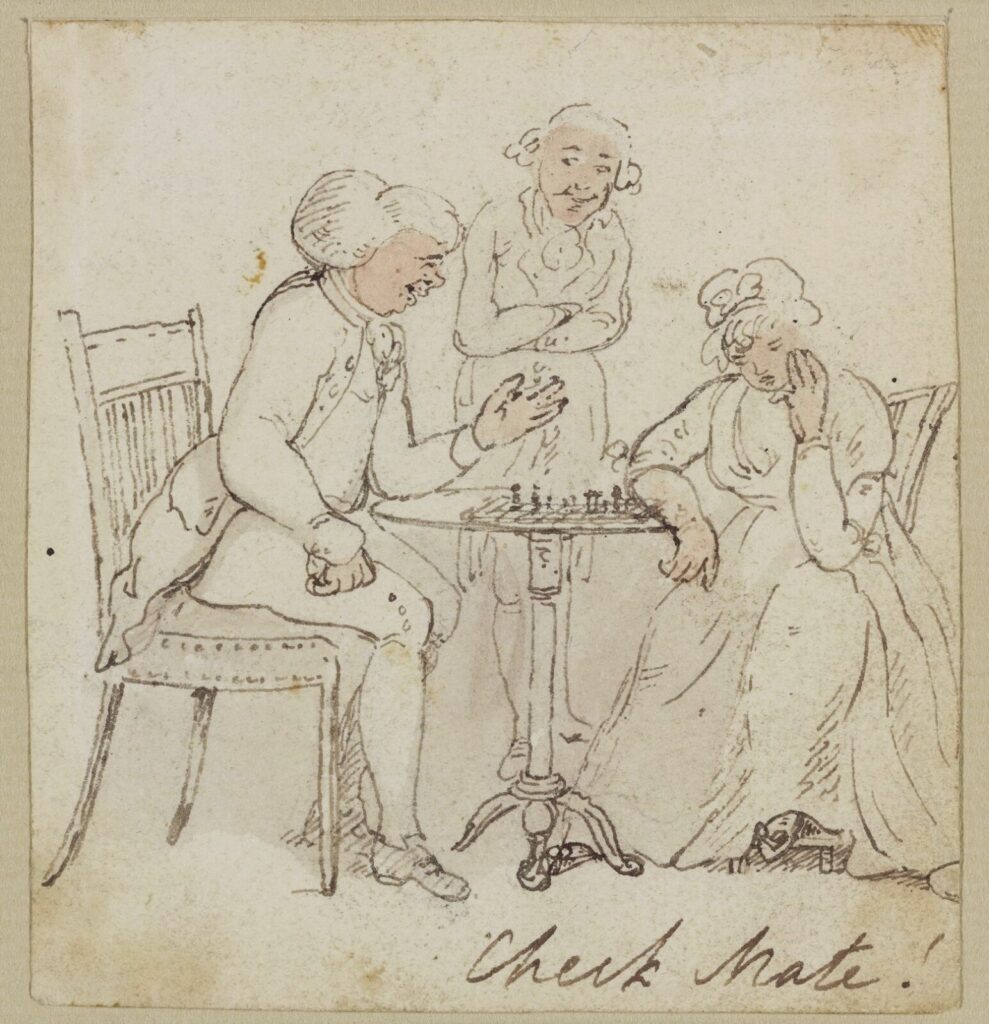 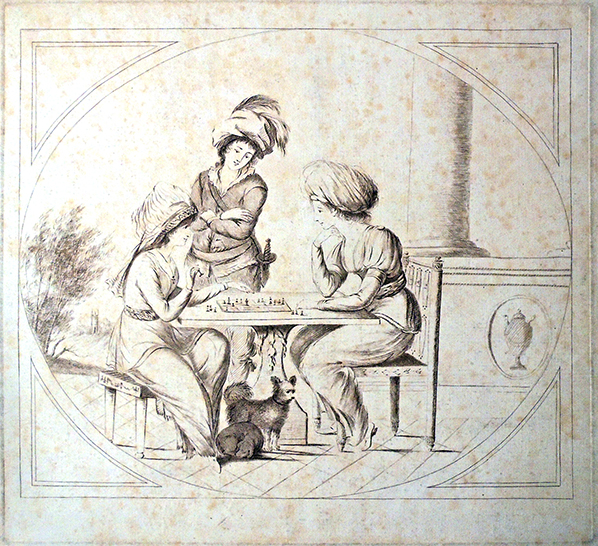 Proof before lettering above. Note the changes in the final print below, including a second dog. 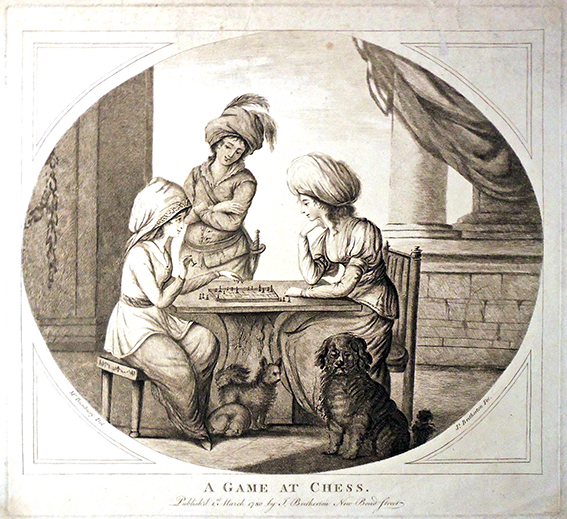 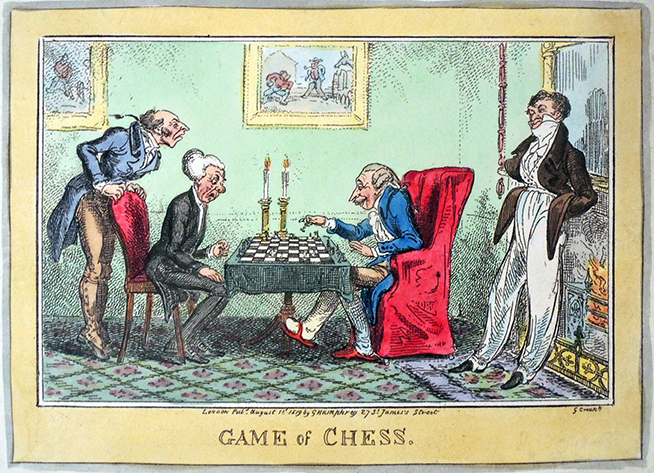 There is much more, of course, but this is a taste. 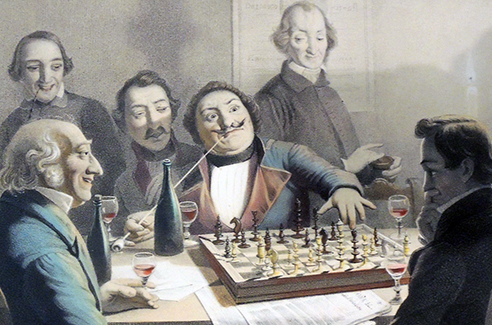