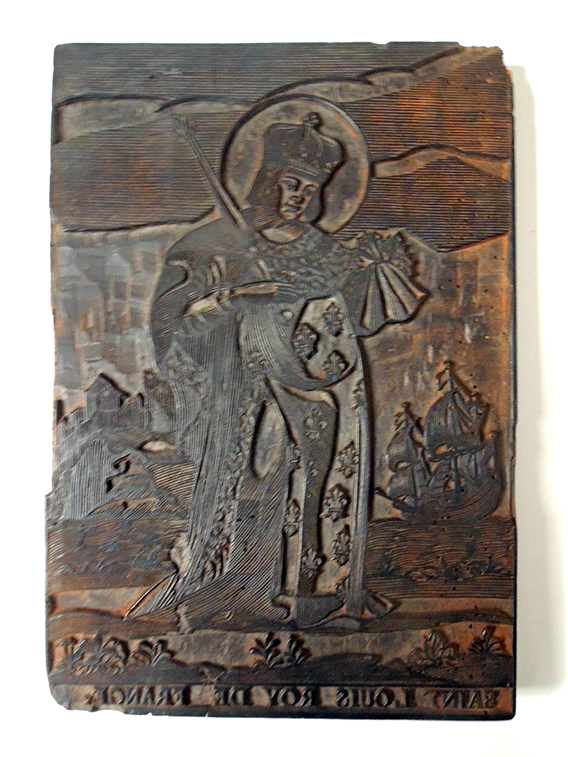 The Graphic Arts Collection recently acquired this large (302 x 208 x 21 mm) pearwood woodblock titled at the bottom “Saint Louis Roy de France.” The standing figure of St Louis, King Louis IX of France (1214-1270) holds a scepter in one hand and a crown of thorns in the other. On his right, a ship sails towards land on the left, which has been identified as Aigues-Mortes, his departure point for both the Seventh and Eighth Crusades. Sadly he never returned from the latter, victim of an epidemic, probably typhus, that devastated his army. 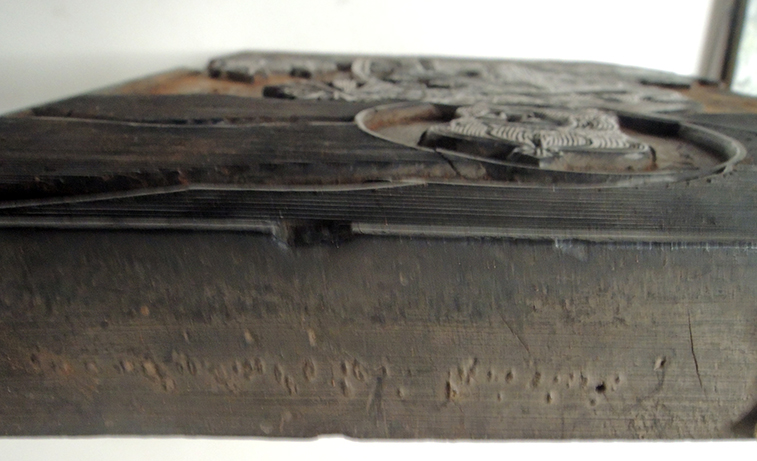 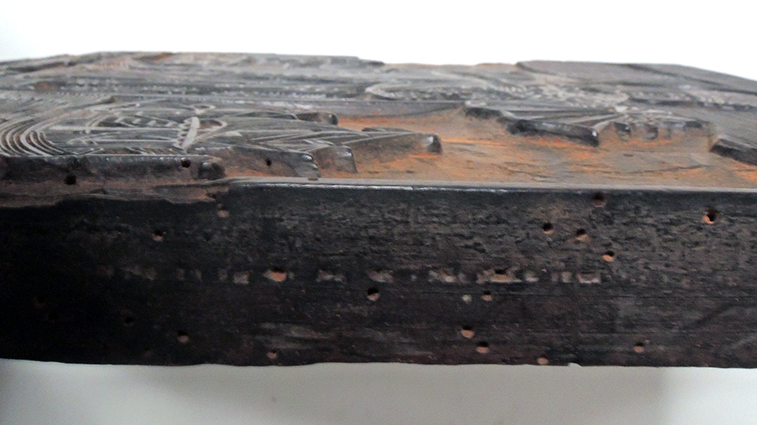 “St Louis, King Louis IX of France (1214-1270). Christian saint; son of Louis VIII and Blanche of Castile, succeeded his father as King of France in 1226 (although his mother acted as regent until 1234). In 1234 m. Marguerite of Provence. Leader of the Crusades (1248 & 1270), he was taken prisoner in Egypt and released in return for the surrender of the French army and a ransom. Died near Tunis. Canonized in 1297.”—British Museum database

The size of this woodblock leads us to believe it was intended for a broadside or large popular print. Do you recognize it? We would love to identify the print(s) made from this striking woodblock. 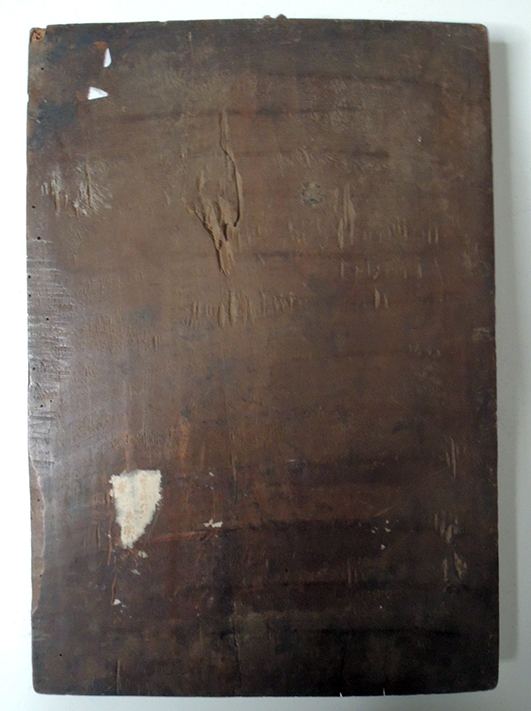