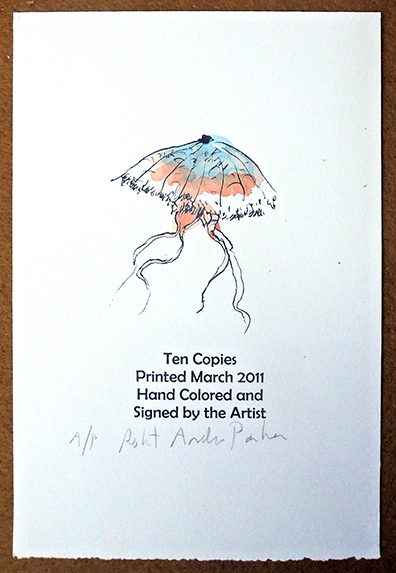 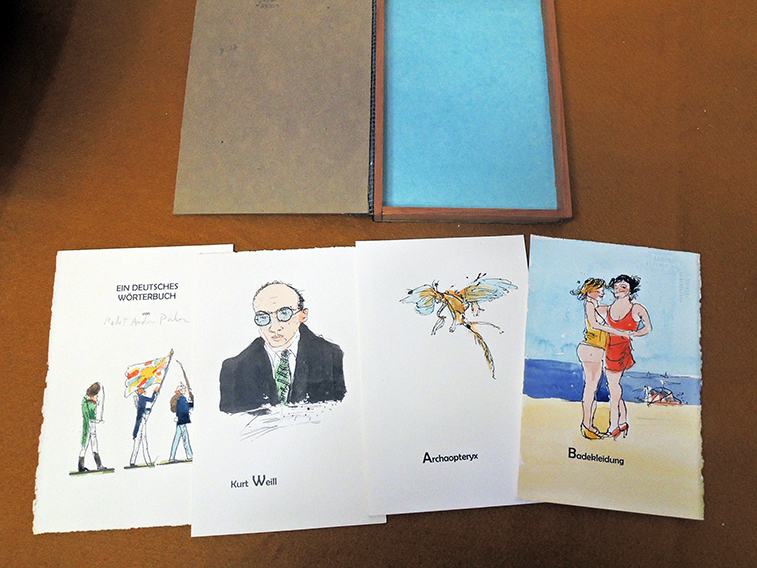 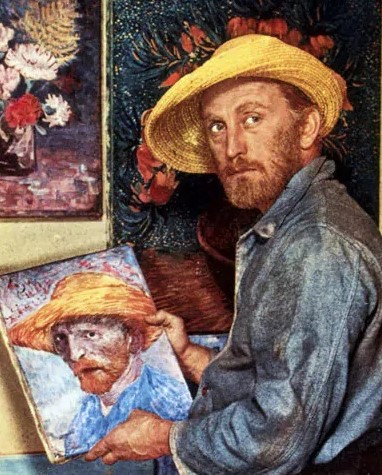 Robert Andrew Parker’s resume includes “hand double” in 1956 for Kirk Douglas’s Vincent van Gogh drawing and painting the art in Lust for Life. An accomplished jazz drummer, Parker not only performs but he wrote and illustrated a biography on jazz musician Art Tatum, Piano Starts Here.

Our most recent acquisition is Parker’s German alphabet book, editioned in only 10 copies. An adult alphabet, each letter is matched with a German word and ominous image. T is for Toten Kopf-Husaren (Death’s Head Hussars), other letters hold suggestions of war and pain. In his Print magazine profile “Robert Andrew Parker on Life and Illustration,” Michael Dooley notes:

The German series, originally produced as monotypes in the mid-1980s, is part of Parker’s lifelong preoccupation with war. Born in 1927, he was already sketching combat scenes by the age of ten. And it was his pictures of imaginary battlefields, published in “Esquire” in 1960, that first brought him to national attention. —https://www.printmag.com/post/robert-andrew-parker-on-life-and-illustration 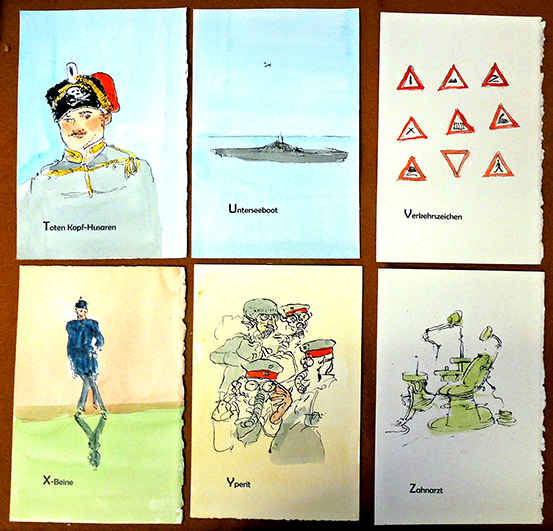 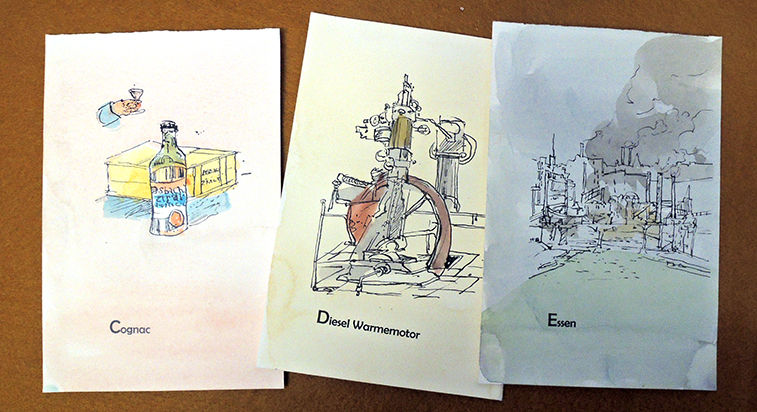 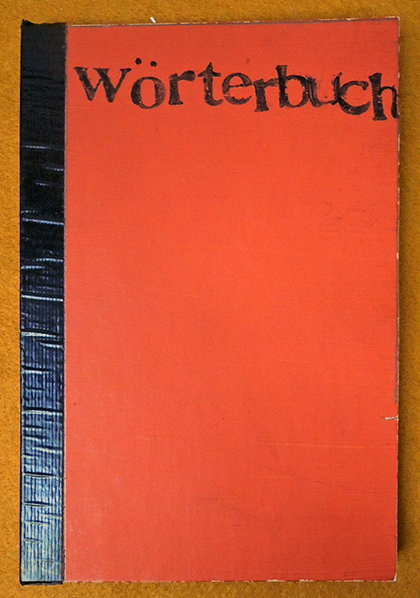 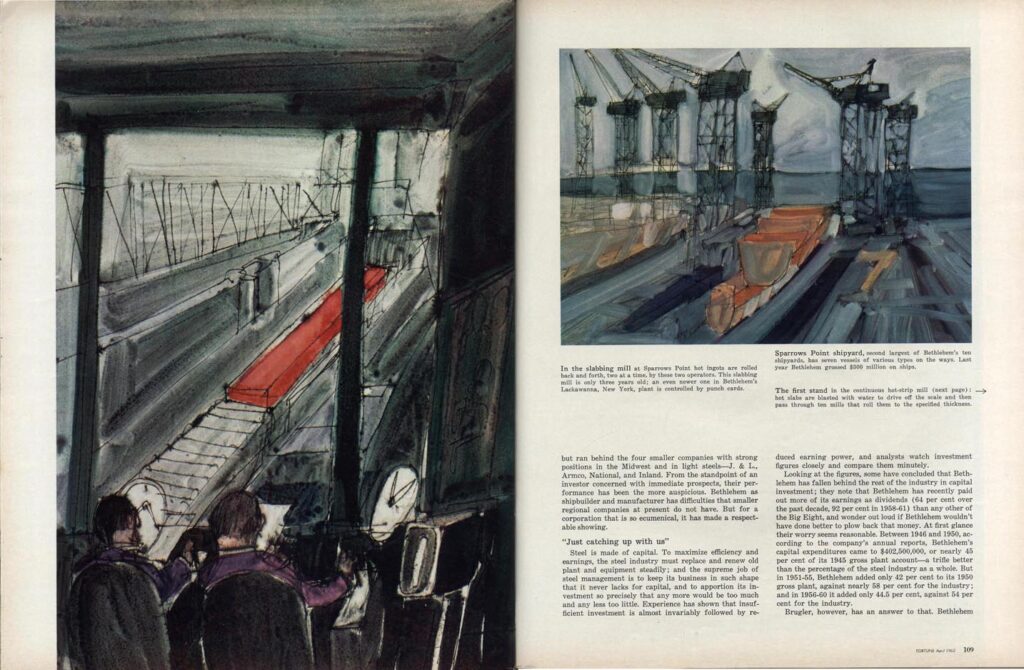 Parker is a prolific fine artist and illustrator, with work in hundreds of books and magazines, including the New Yorker, Life, and Forturne (above). Play the wonderful episode of Virtual Memories, no. 283 to hear an interview with Parker: