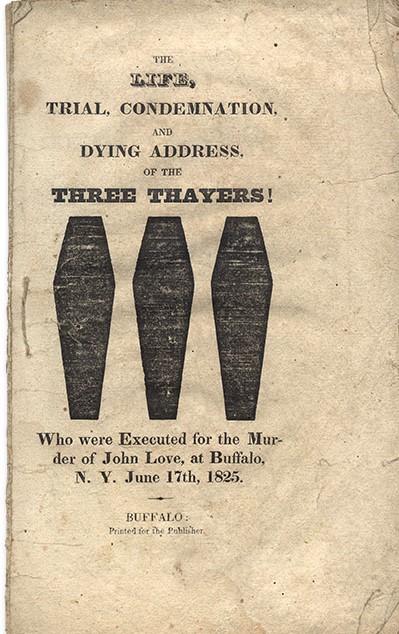 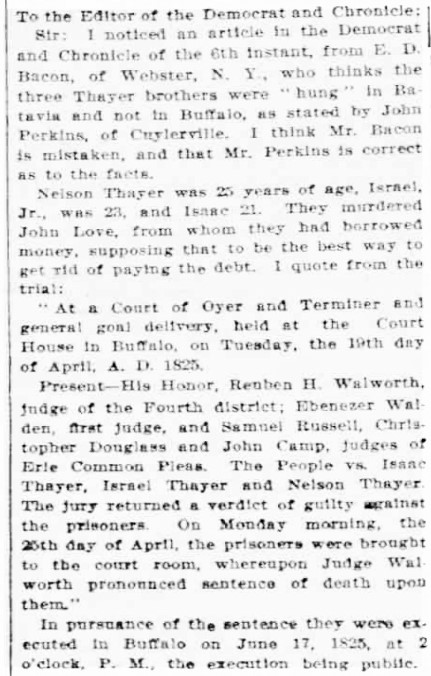 In London, public executions were banned in 1868 but they remained legal in the United States through 1936 and so, when the three Thayer brothers were convicted of murdering their border, John Love, in 1825 hundreds gathered to watch the Buffalo, NY, hanging. Two handbills were printed and sold to commemorate the event, one with a crude image of three hanging figures and the other with silhouettes of three coffins. The Graphic Arts Collection recently acquired the latter in its second edition, with the word “Life” added to the title The Life, Trial, Condemnation, and Dying Address of the Three Thayers…”

Nelson, Israel, and Isaac Thayer were described as lazy and uneducated, owing money to everyone. When Love came to town, he rented a room at the Thayer family home and foolishly agreed to lend them money. The brothers realized they were not going to be able to repay this debt and fearing that Love would take over their farm, they murdered him and hid the body. Eventually the crime was discovered, the three brothers tried and convicted.

The site of this hanging is marked with a commemorative plaque [below].

When a journalist complained in 1932 about the events in 1825, it was not to advocate for an end to public executions but to complain about the printing of these handbills, which he described as Tabloid Journalism: 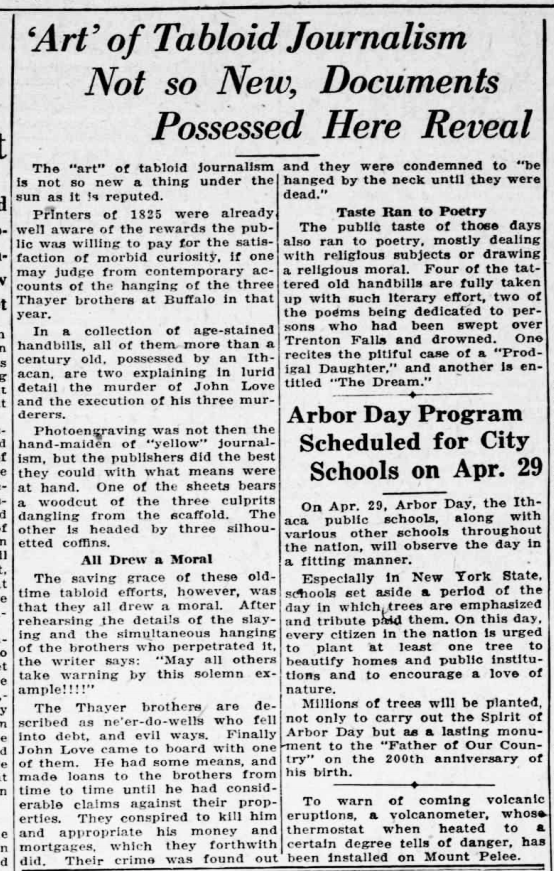 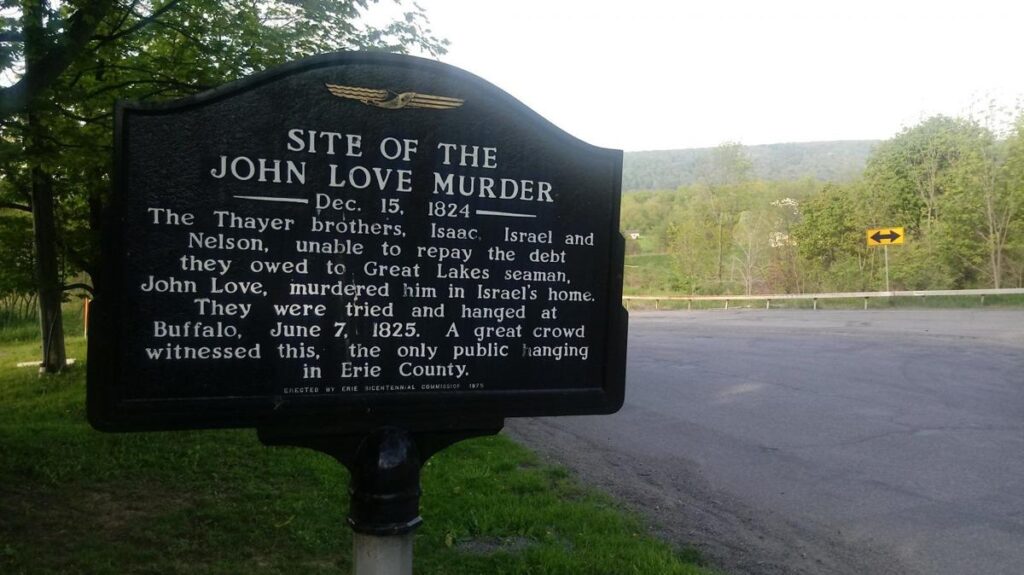 The life, trial, condemnation, and dying address of the three Thayers, who were executed for the murder of John Love, at Buffalo, N.Y., June 17, 1825 (Buffalo: Printed for the publisher, [1825]). Graphic Arts Collection GAX 2021- in process