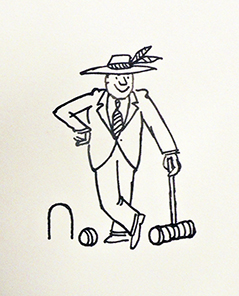 A simple question about James Tissot’s Croquet drypoint today [see below], led down a rabbit hole to many other croquet references.

According to The Lewis Carroll handbook (1962), Reverend Charles Lutwidge Dodgson (1832-1898), wrote Croquêt Castles. For Five Players in May 1863 while the Christ Church Mathematical Lecturer. He was also a founding member of the Overland Mallet Club and an avid croquet player. In Dodgson’s version of the game, each player has two balls, which are maneuvered through eight arches and four pegs. Unlike Alice in Wonderland, players take turns rather than playing simultaneously. More rules can be read here: https://www.spudart.org/chicagocroquet/rules/castle/index.html 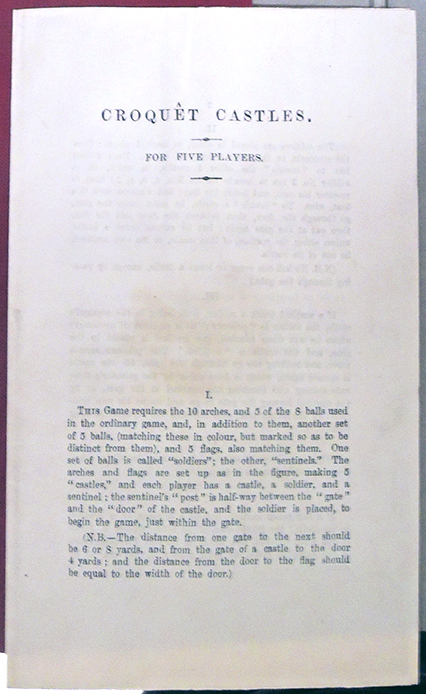 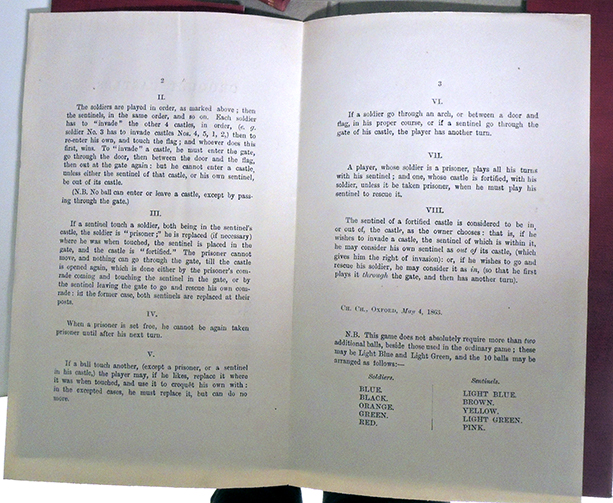 This copy of Dodgson’s pamphlet (one folded sheet) is from the Morris L. Parrish library, now at Princeton rather than Oxford, where it was “decided that the items constituted a shrine rather than a comprehensive collection of original artifacts. They turned [Parrish] down, declaring that theirs was an educational institution rather than a museum.” – Alexander Wainwright, “The Morris L. Parrish Collection of Victorian Novelists,” Princeton University Library Chronicle 62, no. 3 (Spring 2001)

Croquet achieved enormous popularity in the 1860s, first mentioned at Princeton in 1868 when a student wrote, “Croquet has lately been brought into the campus and become quite fashionable. Games may be seen at any time during the day, surrounded by a little crowd of admiring spectators.” —Nassau Literary Magazine June 1, 1868. 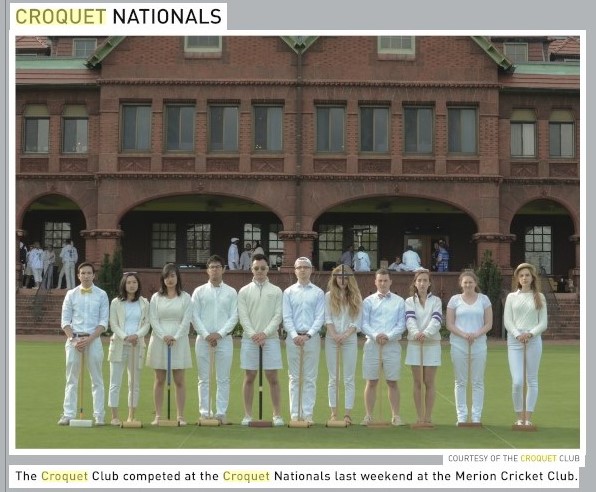 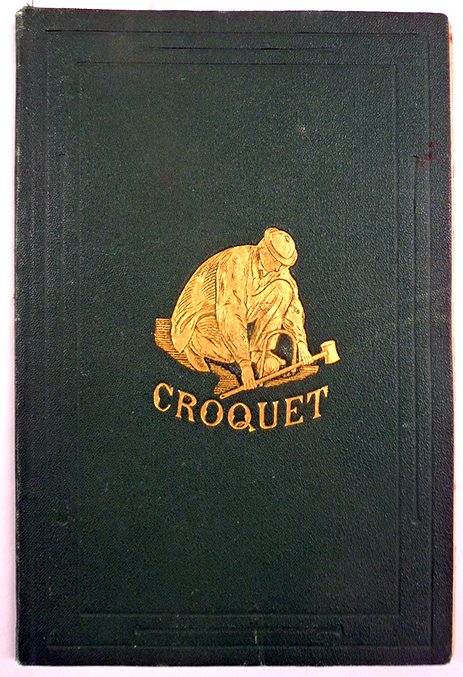 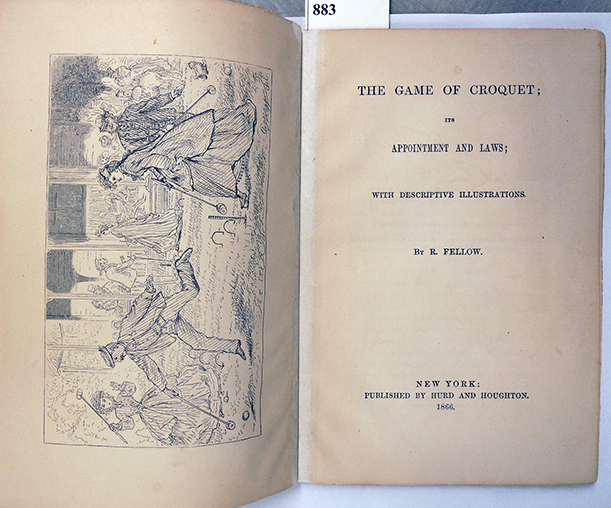 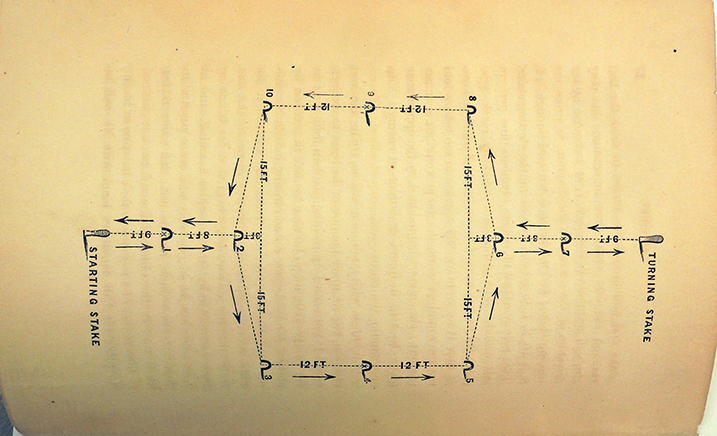 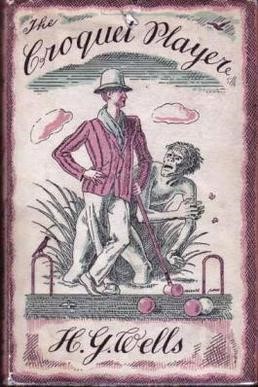 In 1936, H.G. Wells (1866-1946) wrote a ghost story called The Croquet Player, illustrated by Harold Jones (1904-1992). Goodreads describes it:
“This allegorical satire about a man fleeing from his evil dreams was written under the influence of the Spanish Civil War. The croquet player, comfortably sipping a vermouth, listens to the strange & terrible tale of the haunted countryside of Cainsmarsh–a horror which broadens & deepens until it embraces the world.as told to a cocktail drinking croquet player.”
Published London: Chatto & Windus, 1936). Ex 3982.95.3275 1936. 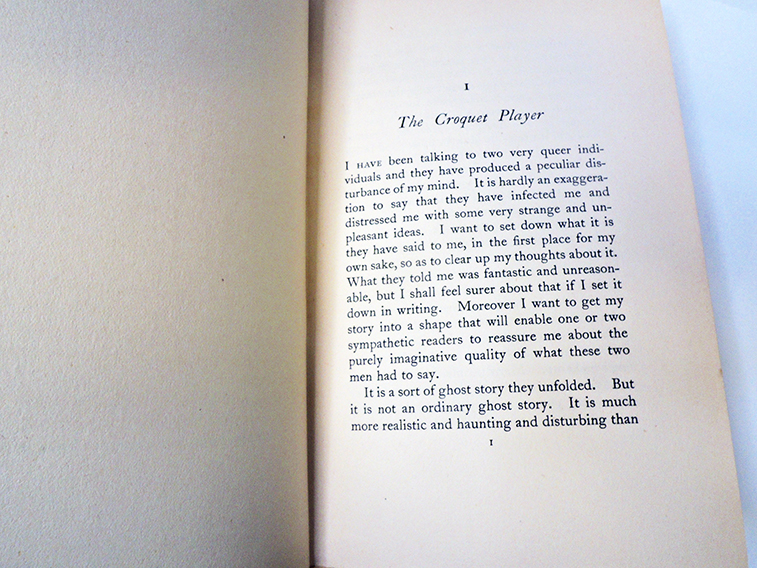 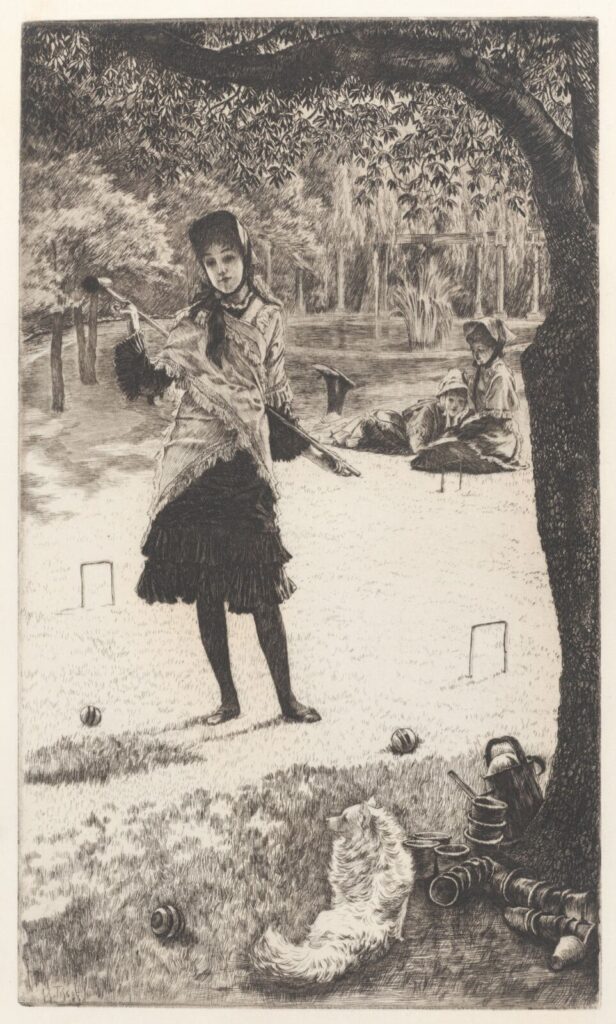