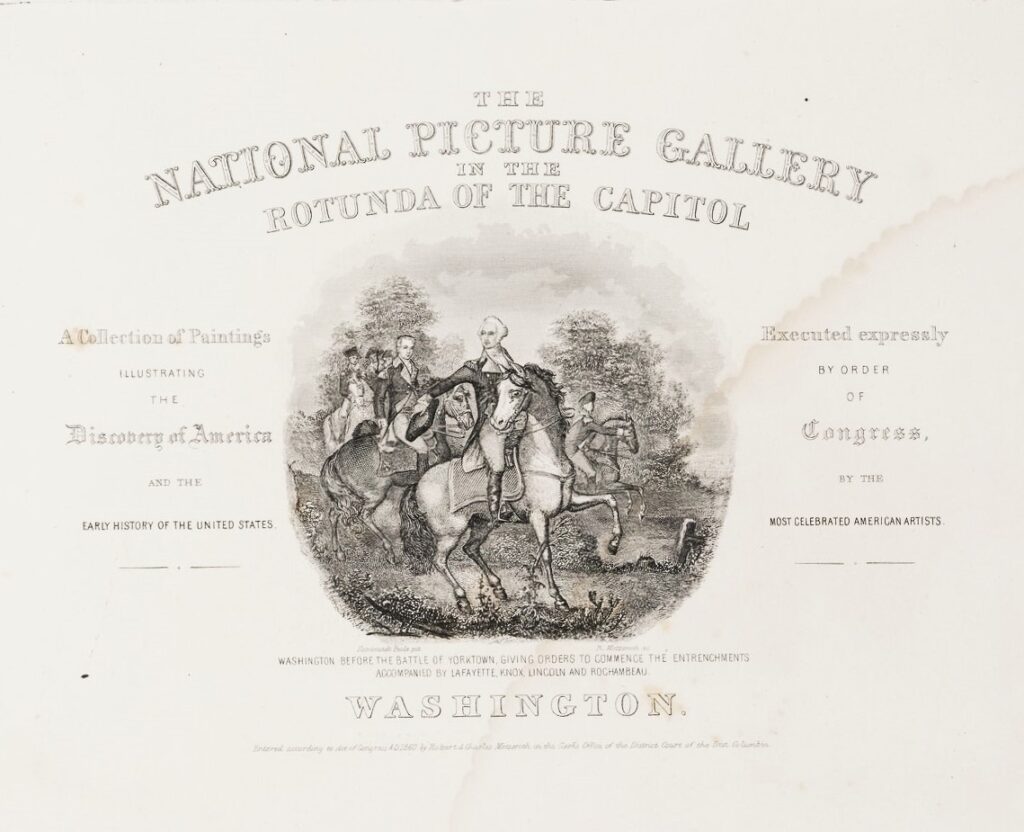 The National Picture Gallery in the Rotunda of the Capitol: a collection of paintings illustrating the discovery of America and the early history of the United States / Executed expressly by order of Congress, by the most celebrated American artists (Washington : [s.n.], c1860). [4] leaves, [10] leaves of plates : ill., ports. ; 24 x 30 cm. Special Collections – Graphic Arts Collection. Oversize 2006-0279Q. 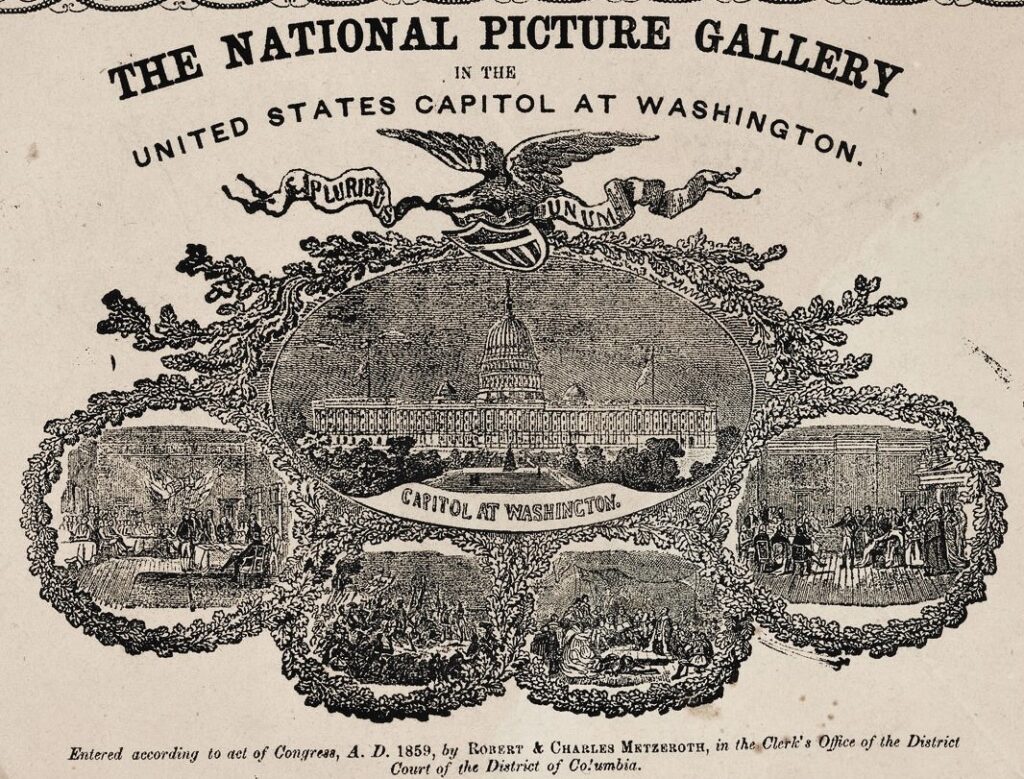 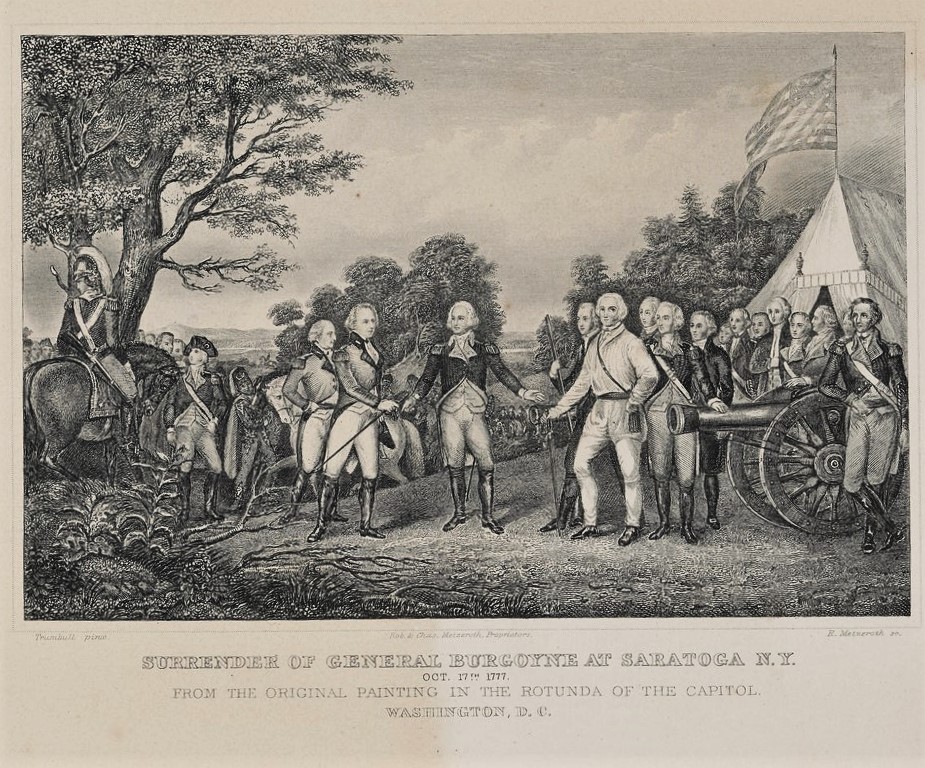 If you go to the rotunda today, you will see eight historical paintings: four revolutionary period scenes were commissioned by Congress from John Trumbull in 1817 and placed in the Rotunda between 1819 and 1824: Declaration of Independence; Surrender of General Burgoyne; Surrender of Lord Cornwallis; and General George Washington Resigning his Commission.

Four scenes of early exploration were added between 1840 and 1855: Landing of Columbus by John Vanderlyn; Discovery of the Mississippi by William Powell; Baptism of Pocahontas by John Chapman; and Embarkation of the Pilgrims by Robert Weir. 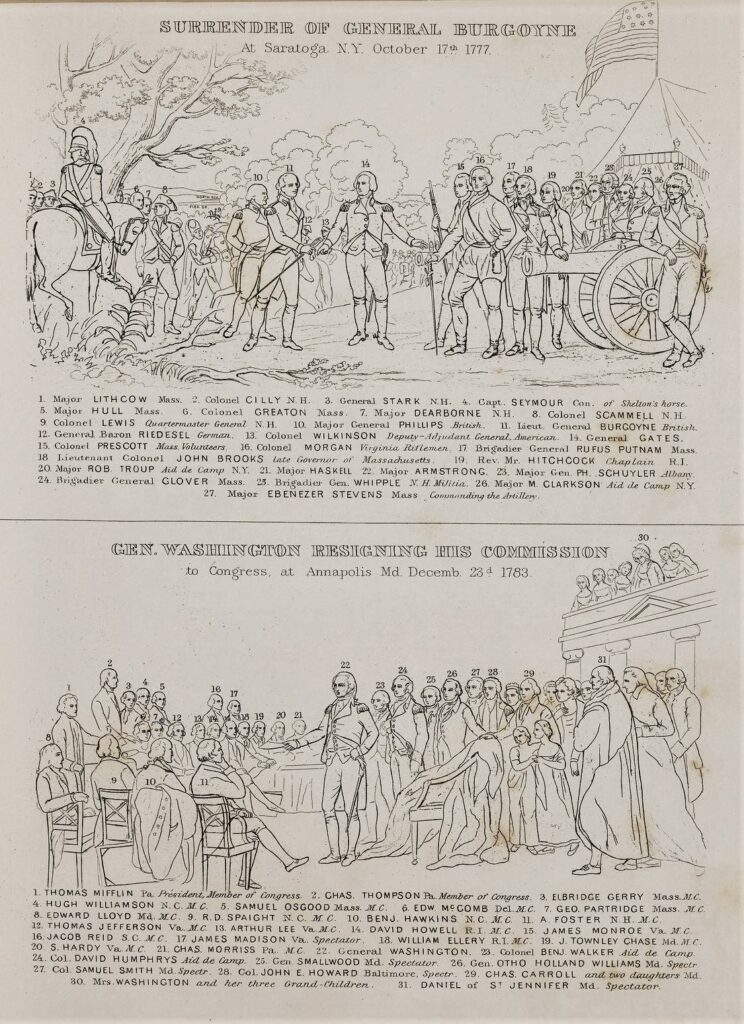 Because this volume of engravings is so rare and so fragile, the book has been digitized and is available online for viewing and downloading: https://catalog.princeton.edu/catalog/4736119

More information about the Capitol can be found here: https://www.aoc.gov/explore-capitol-campus/buildings-grounds/capitol-building/rotunda 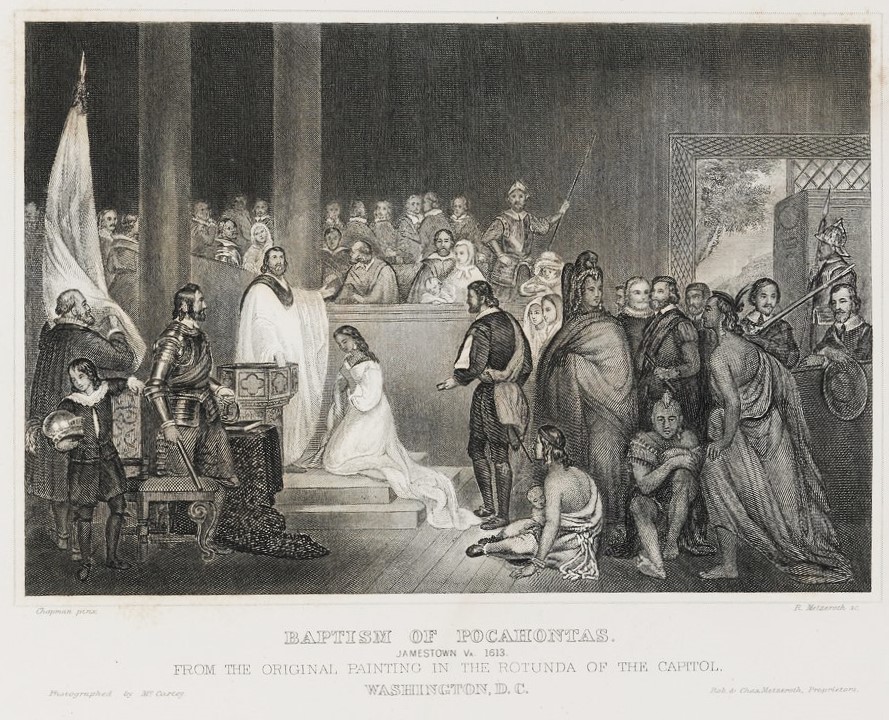 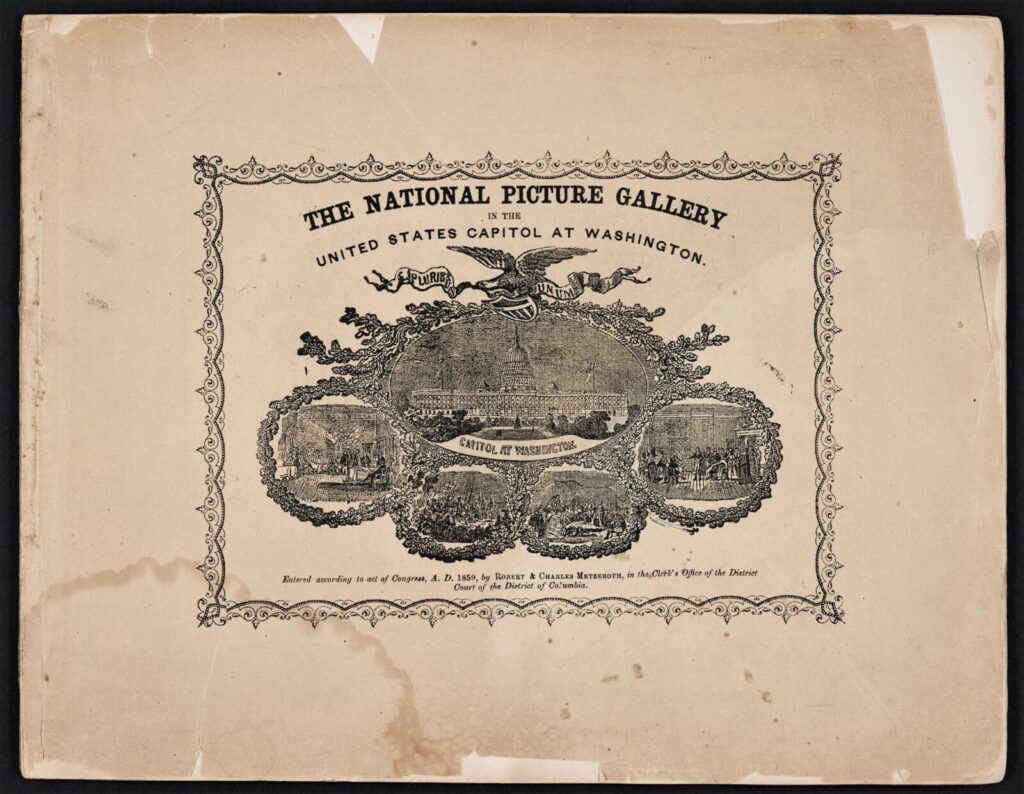 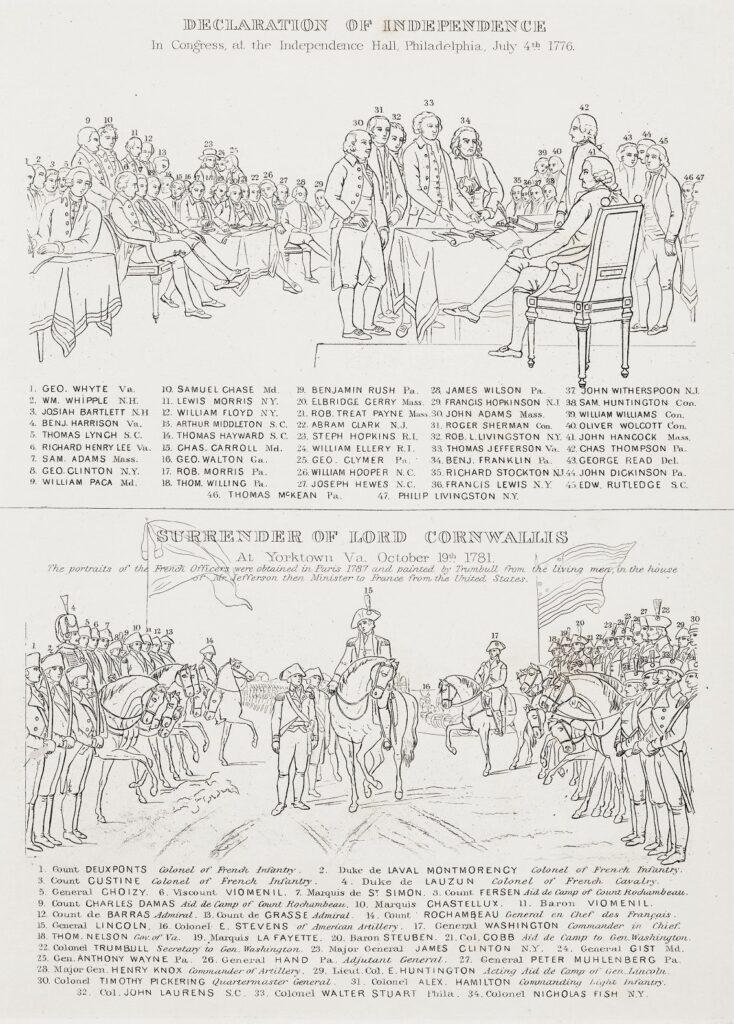