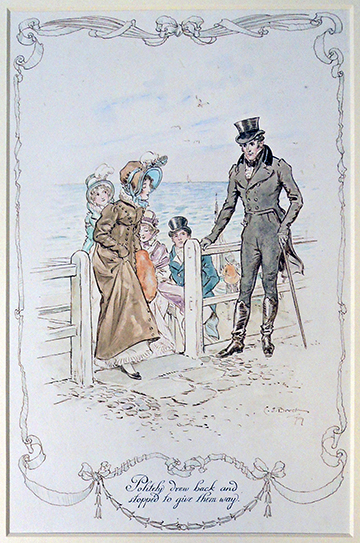 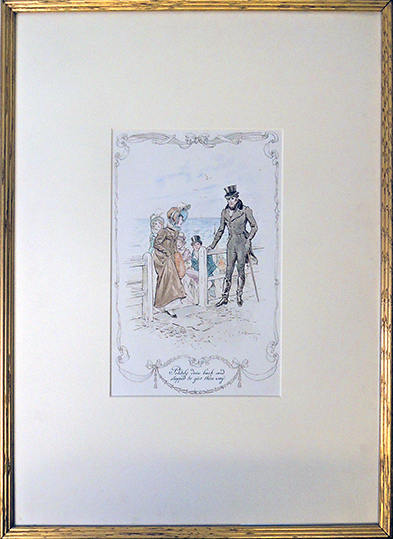 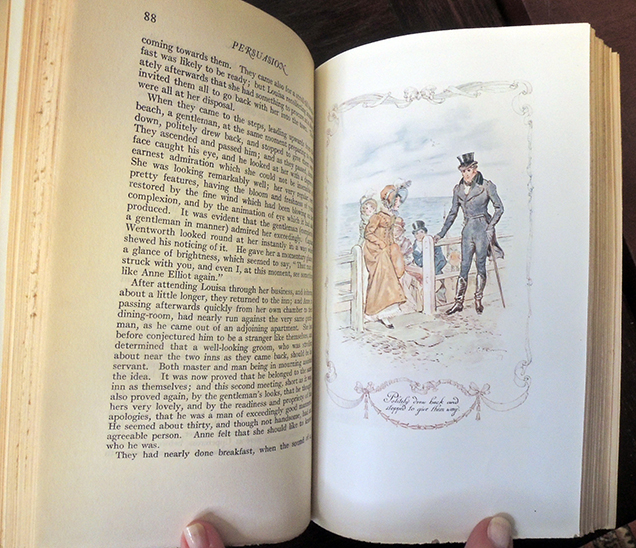 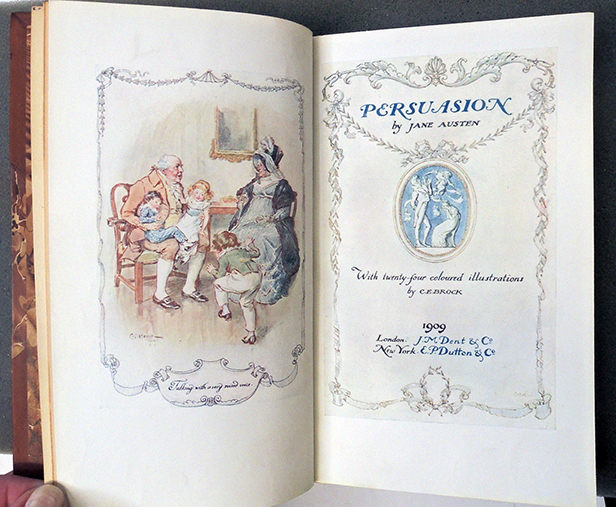 This is a brief exert:

…However, by 1898 a new printing technique that allowed inclusion of illustrations in colour had emerged—lithography, and Dent asked both Charles and Henry to create a new set of illustrations for the six Jane Austen novels.

The brothers agreed to share the task in equal parts: five volumes each, six illustrations per volume, one as frontispiece. Charles was in charge of Sense and Sensibility (volumes 1 and 2), Emma (volumes 7 and 8) and Persuasion (volume 10), while Henry was responsible for Pride and Prejudice (volumes 3 and 4), Mansfield Park (volumes 5 and 6) and Northanger Abbey (volume 9).

Thus the new 10-volume set of Jane Austen’s novels by J.M. Dent with illustrations by C.E. and H.M. Brock appeared in 1898 with great success. These “pen and ink drawings tinted in watercolour” gave a more exact and detailed period representation than ever before. It is classified by Gilson as E 90 and as he clearly notes, each volume included a frontispiece and five inserted plates, all in colour. They are bound in a now green-greyish gilt cloth and the covers presents a girl in Regency attire.

…The American reproduction of the 1898 illustrations took eight years to appear. In 1906, they were issued in New York by Frank S. Holby, also in ten volumes—since the publisher used the same text setting by Dent—but with an introduction by William Lyon instead of R. Brimley Johnson. This edition is also known as “The Old Manor House Edition” and Gilson catalogues it as E 106. 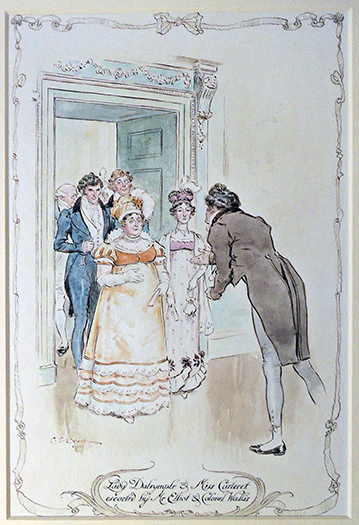 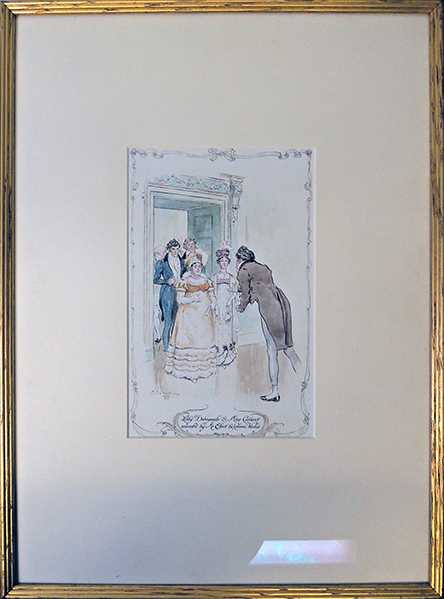 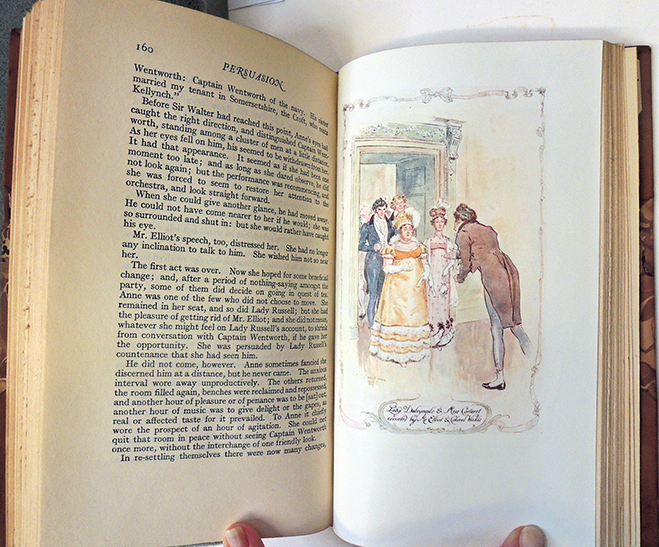 Rogerson, Ian. Entry for the “Brock family” in the Oxford Dictionary of National Biography.