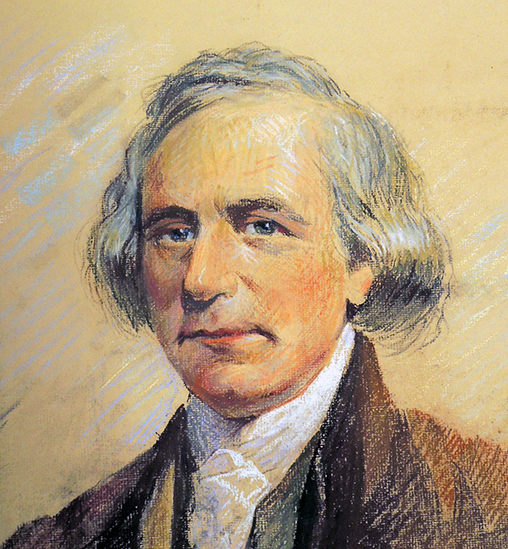 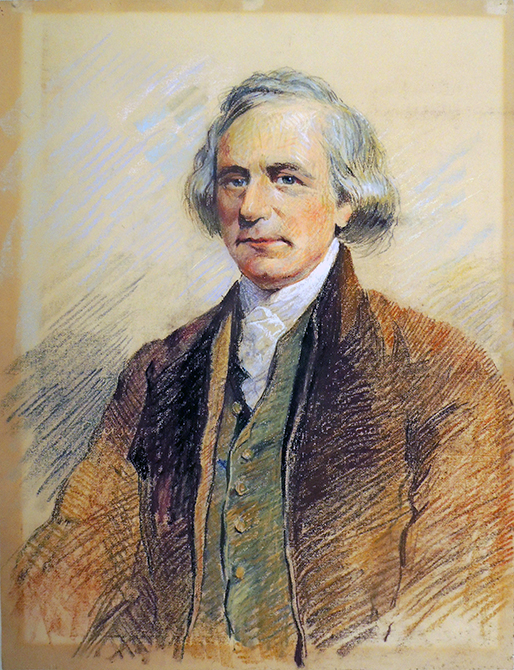 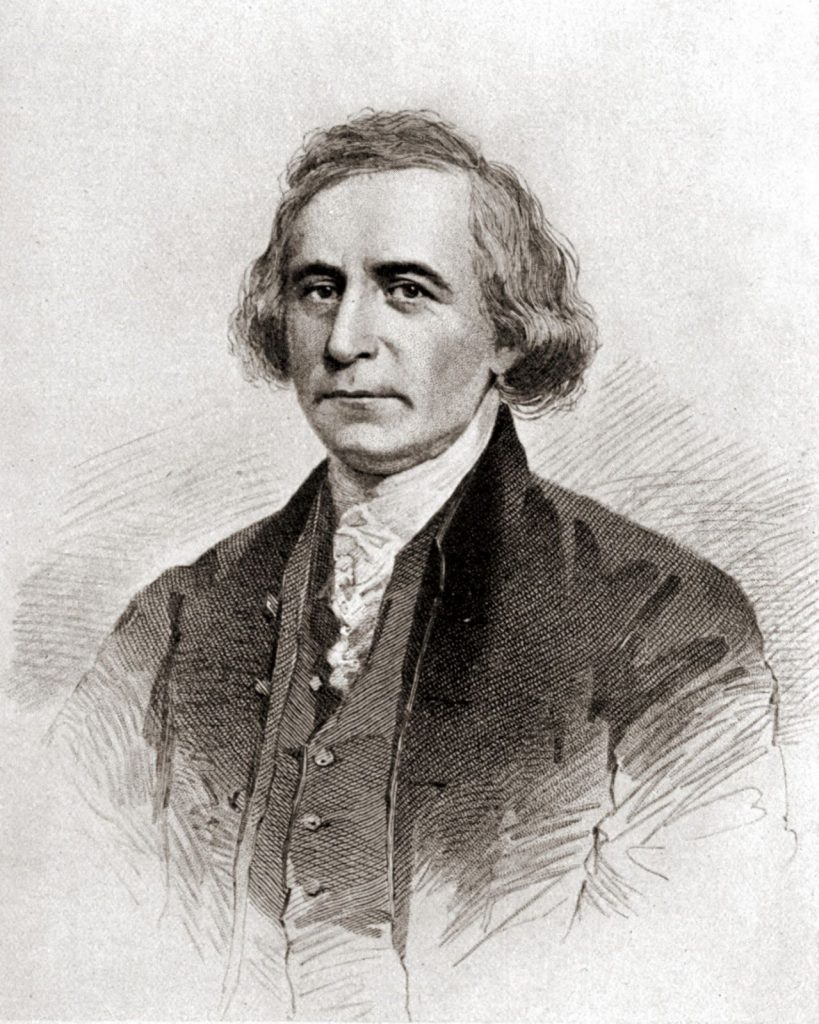 “Philip Morin Freneau (1752-1832) … entered the Class of 1771 to prepare for the ministry. …As his roommate and close friend James Madison recognized early, Freneau’s wit and verbal skills would make him a powerful wielder of the pen and a formidable adversary on the battlefields of print. Freneau soon became the unrivaled “poet of the Revolution” and is still widely regarded as the “Father of American Literature.”

Although Freneau had produced several accomplished private poems before college, it was the intense experience of pre-Revolutionary-War Princeton that turned the poet’s interest to public writing. Political concerns led Madison, Freneau, and their friends Hugh Henry Brackenridge and William Bradford, Jr., to revive the defunct Plain Dealing Club as the American Whig Society. Their verbal skirmishes with the conservative Cliosophic Society provided ample opportunities for sharpening Freneau’s skills in prose and poetic satire. Charged with literary and political enthusiasm, Freneau and Brackenridge collaborated on a rollicking, picaresque narrative, Father Bombo’s Pilgrimage to Mecca in Arabia [below] , which presents comic glimpses of life in eighteenth-century America. This piece, recently acquired by Princeton and published by the University Library (1975), may well be the first work of prose fiction written in America.”–Alexander Leitch, A Princeton Companion, 1978. https://www.princetonianamuseum.org/artifact/b3a7858e-3a87-4fe0-b9ca-1fe1de52029a 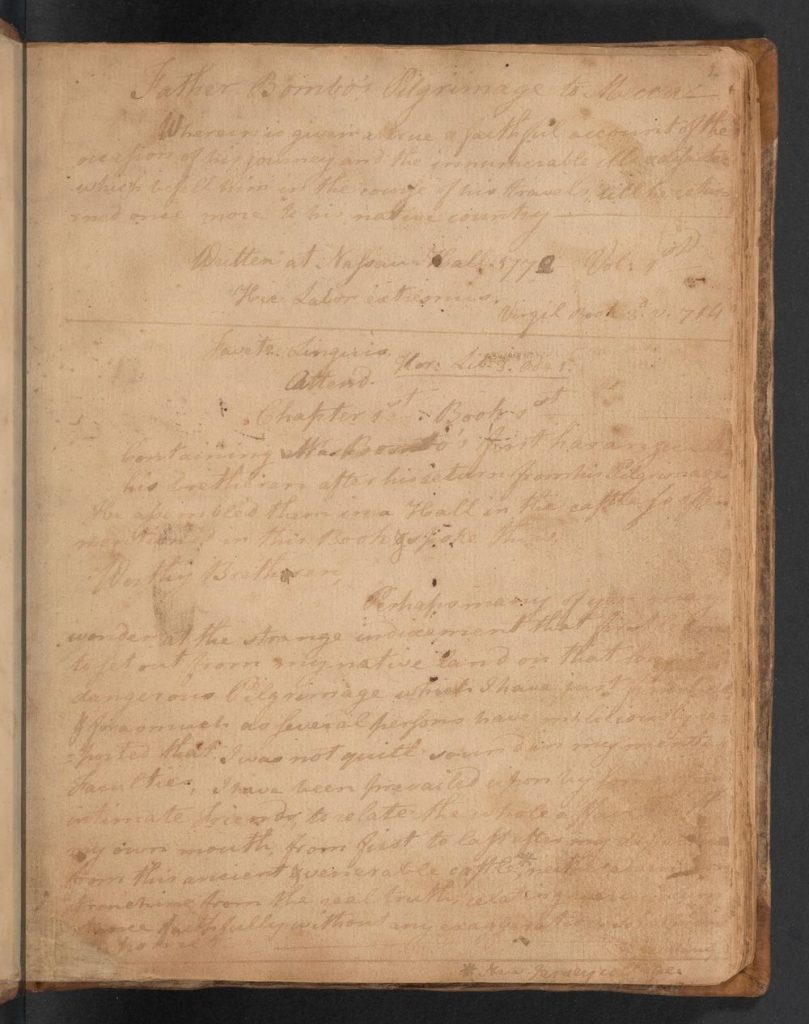 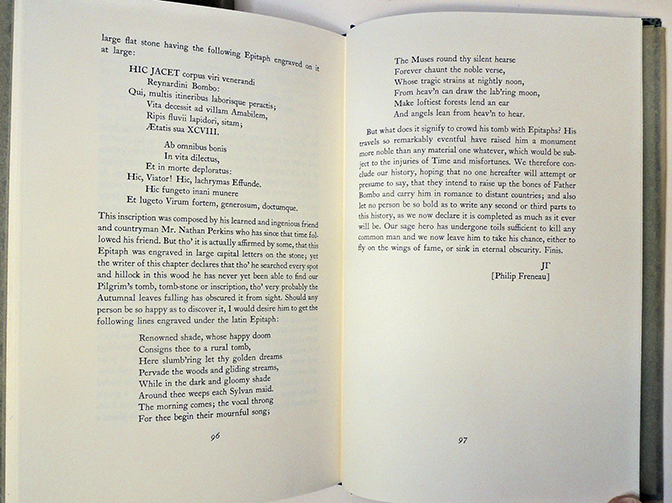 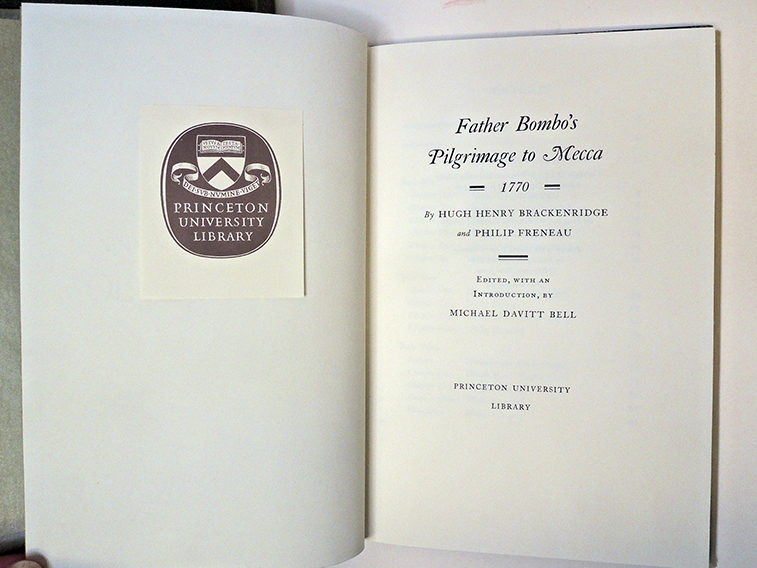