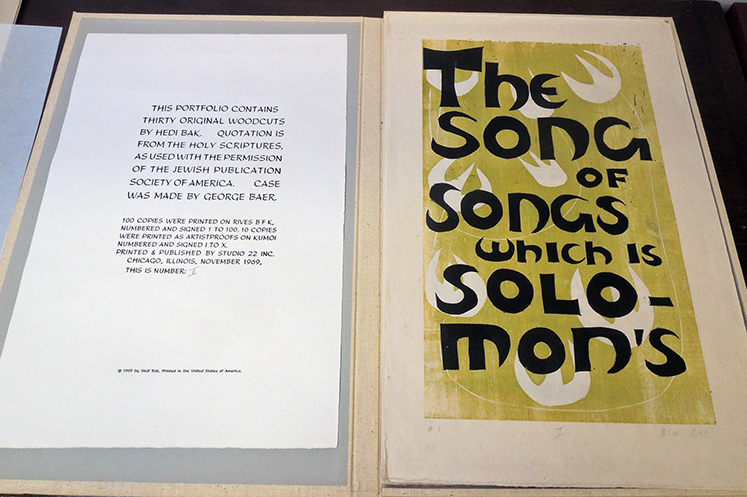 Hedi Bak (born Germany, active United States and Africa, 1927-2010), The Song of Songs which is Solomon’s (Chicago: [Printed and Published by Studio 22 Inc.], 1969. 30 woodcuts. Issued in portfolio. “Thirty original woodcuts by Hedi Bak. 100 copies … numbered and signed 1 to 100 …”. One of 10 artist proof copies on Kumoi paper, a soft Japanese paper which takes fine impressions. (The edition of 100 copies was printed on Rives BFK.) The quotation is from the Holy Scriptures, as used with the permission of the Jewish Publication Society of America. Graphic Arts Collection GAX 2021- in process 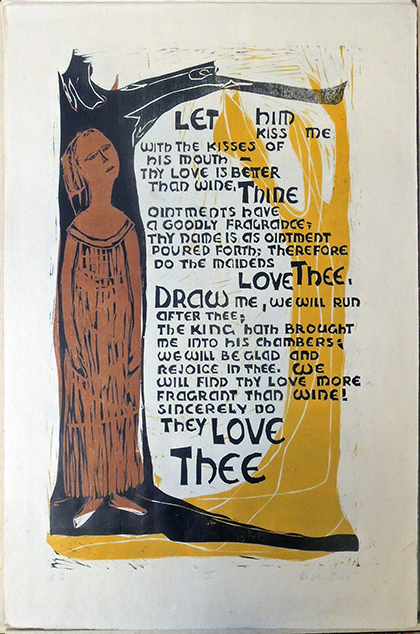 With little else to document of life and work of Hedi Bak, here are a few paragraphs from the Bak Art Legacy Project, a virtual museum to present the works of Bronislaw and Hedi Bak.

“Hedi Bak was a prolific printmaker, painter and educator. While working as a conservator at the Gutenberg Museum in Mainz, Germany, she was tasked with printing the first edition of prints from the newly rediscovered illustration blocks of the Luther Bible. Bruno and Hedi’s lives intersected World War II, immigrant life of artists in America – the south and the midwest and in Hedi’s case even Africa.” 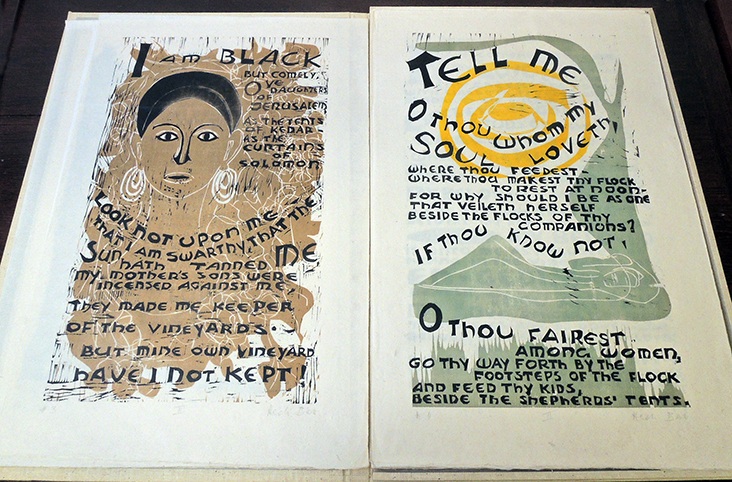 “The origins of the project began in 1984, shortly after Hedi Bak suffered a massive stroke and lost her ability to walk. It was only a few years since Bronislaw died unexpectedly from a heart attack, and she was in danger of losing her home and studios right off the campus of Georgia Southern in Statesboro Georgia. With hundreds of works of art in danger, a committee was formed led by many faculty members, friends and neighbors. Clemens Bak, the son of the artists was elected secretary and represented the family. An agreement was struck with the College, to move the work into temporary storage on campus. The Library at Georgia Southern offered to keep Bronislaw’s papers and also ended up with a considerable collection of prints and several paintings. The rest was moved to Atlanta, where Hedi and her sons and their families settled.” 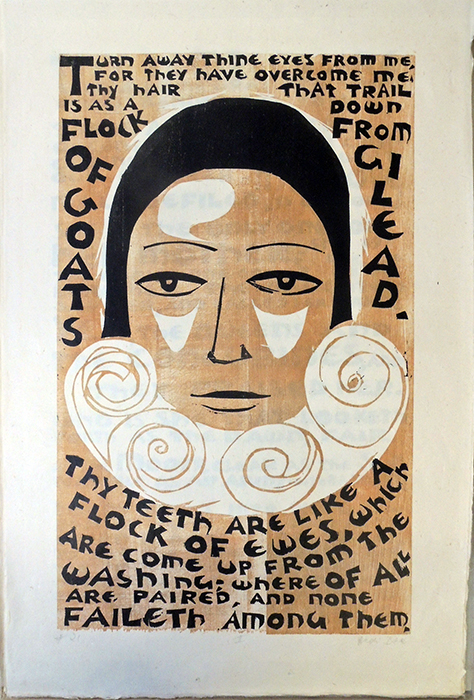 “In the 1960’s [Bak] managed Studio 22 and produced a volume of prints; both her own and in collaboration with Bronislaw. Later, when Bronislaw’s health gave out, the couple moved to Europe where she was employed, doing preservation work at the Gutenburg Museum in Mainz, Germany. In 1972 they returned to America and established studios in Statesboro, Georgia. Hedi continued to teach until 1980. In 1982 the year after her husband died, Hedi suffered a serious stroke while undergoing surgery. Told that she would never walk again, she struggled to regain her life. The next year her youngest son, Pieter died in a car crash.”

“In 1990, Hedi married another very talented artist, Charles Counts, a renowned potter, painter and poet from Tennessee. Charles had been teaching and living in Nigeria for many years. He took his wife back to Maiduguri in Northern Nigeria where he encouraged her to take up writing as well as her art, resulting in two delightful books, many stories and prints from her time in Africa. She spent many of her happiest years of her life with Charles, until he died unexpectedly in 2000.” 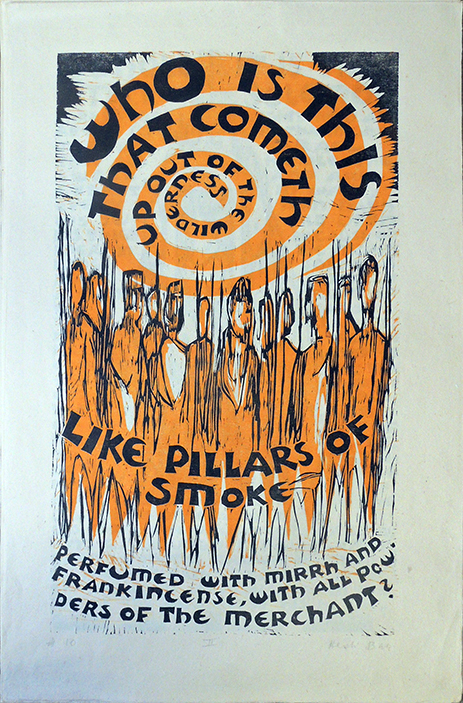 This is a biographical video about Bak’s husband Bronislaw.

A biography of her childhood: Hedi Bak, Mazel ([Place of publication not identified] : Rosedog Press, 2005).