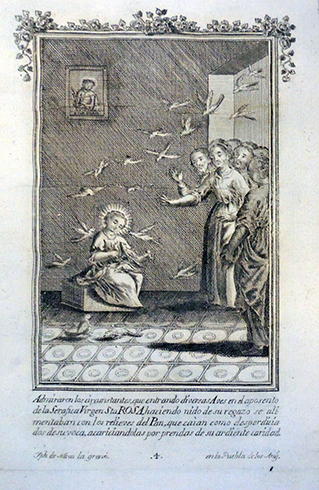 According to the Catholic calendar, September 4 is the feast day of Saint Rose of Viterbo (1235-1252), who was canonized by Pope Innocent IV. She is the patron saint of florists and all flower growers.

Born in Viterbo (present day Italy), Rose joined the Third Order of St. Francis (T.O.S.F.) at the age of 10 but never officially joined a convent (lacking the dowry). According to the legend, “on December 5, 1250, she foretold the death of the emperor which was fulfilled 8 days later on December 13. Rose went to the city of Vitorchiano, which was possessed by a sorceress and secured the conversion of all, even of the sorceress, reportedly by standing unscathed for three hours in the flames of a burning pyre.” 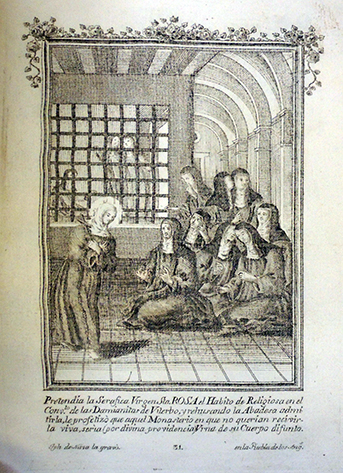 “José de Nava, active since 1748, is considered “the best known and most famous of the Puebla engravers.” He was possibly born around 1728 and died in 1817 at 89 years of age. Both he and [Miguel Jerónimo] Zendejas made works of art in the same year of his death. However, some of Nava’s creations were printed until after his death. According to Manuel Romero de Terreros, [Nava] devoted his entire life to his art and produced excellent prints, most of them dealing with religious matters. He worked with such rapidity that after the viceroy Marqués de las Amarillas entered Mexico on November 10, 1755, the following December Nava had already recorded and dedicated his excellent plan of New Spain to the viceroy.”

Francisco Perez Salazar noted that “Nava had the custom of signing almost all of his engravings and of stating the date of his work on many plates, in such a way that we can know with certainty when they were made. It was extremely fruitful.”

Nava lived in a two-story house on Calle de Chito Cohetero (now Calle 6 norte 400) in the city of Puebla. He produced almost all of his engravings in that city … at the printers of the College of San Ignacio de los Jesuitas and, after the expulsion of the Comparila de Jesus, in the same printing house then called the Palafoxian Seminary and in the printing house of Pedro de la Rosa. It should be noted that the most outstanding work of Nava was a set of 33 plates of the life of Santa Rosa de Viterbo.” 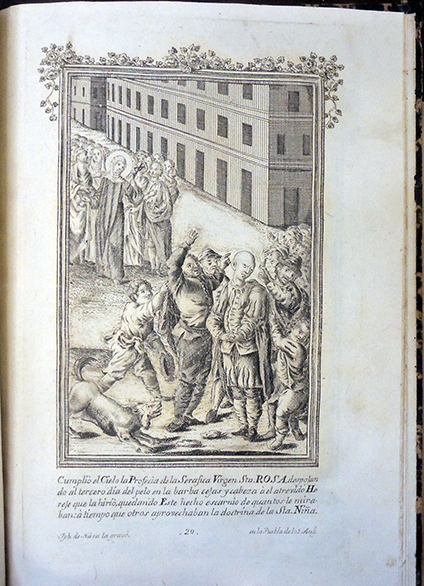 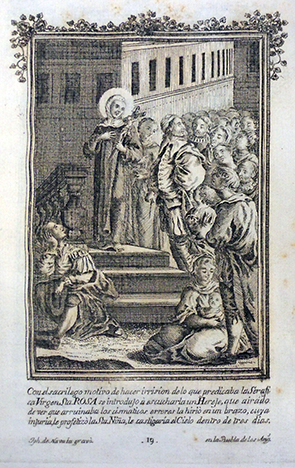 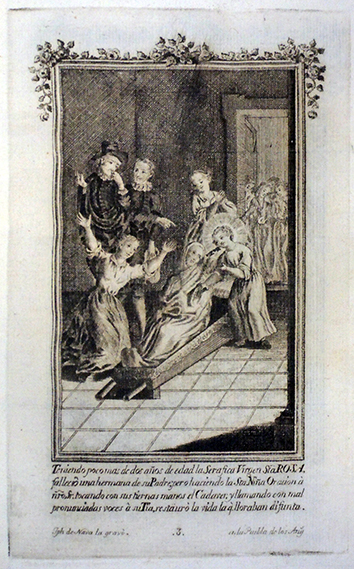 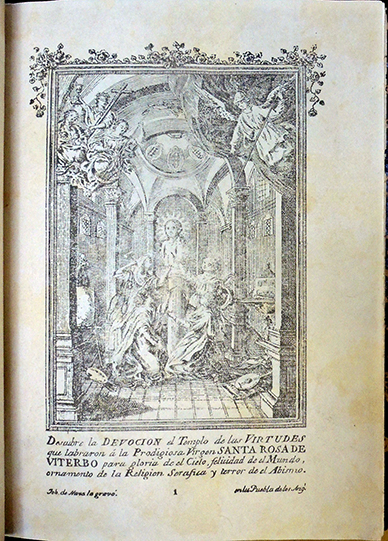