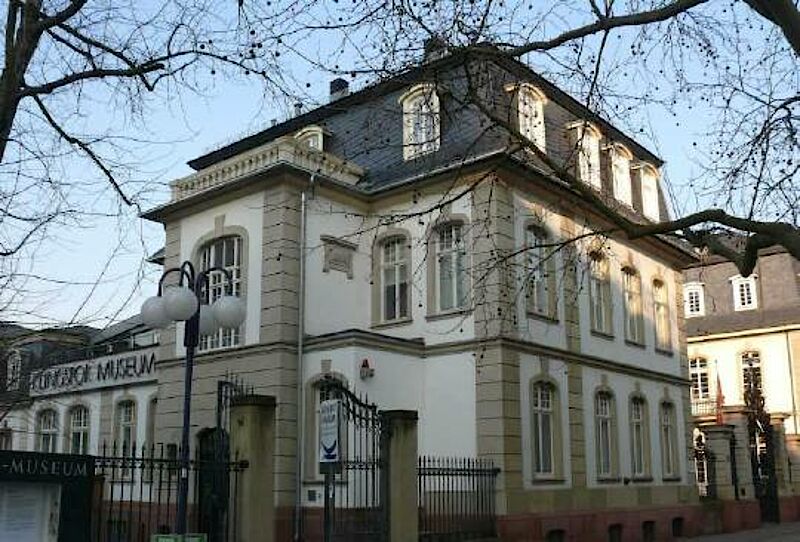 Reminder: Registration is open for the Association of European Printing Museums (AEPM)’s annual conference 2021: https://www.aepm.eu/aepm-2021/: Printing in Offenbach: the Art of a Craft and the Craft in the Art, a free, online conference 20-22 May 2021.

AEPM is an international printing heritage network that shares knowledge, experience, initiatives, and resources in all fields of the graphic arts as they have been practiced from the time of Gutenberg until the present day.

The event is being hosted by the Klingspor Museum and the Offenbach Local History Museum (Haus der Stadtgeschichte). Exceptionally this year it is being offered as a Zoom conference. The talks will be live streamed from Offenbach, complemented by various recorded visits to local places of printing and heritage interest. Participation is free of charge, though a donation to the host museums to help defray costs will be gladly accepted. 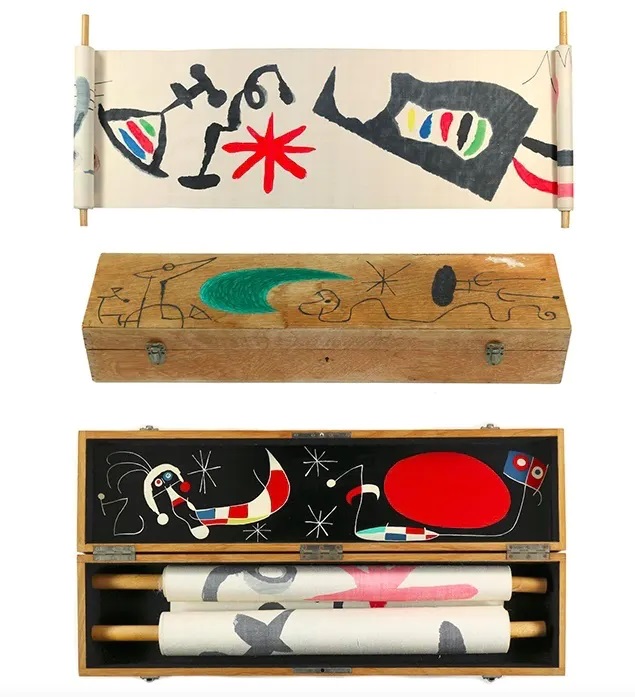 One special event is the presentation of Jean Miró’s Macimono (1955), a transverse scroll, ten meters long, created by the Spanish artist Joan Miró. Executed as a lithograph, with individual passages added in woodcut, the extreme format offered Miró a unique terrain for unfolding the quasi-metabolic features of his language of form and color in never-ending imaginative abundance. On the occasion of the AEPM conference, the roll will be given to the Klingspor Museum by its owner as a permanent loan.

The conference also wants to set an example by looking at how the City of Offenbach am Main is redefining itself as a place of printing on the basis of its long tradition in the field of the graphic arts, and at how local citizens and cultural policy-makers have come to see illustrious printing personalities such as Johann André and Alois Senefelder (lithography) on the one hand and Karl Klingspor (type founding) on the other as two complementary facets of a single historical narrative – that of the City’s contribution to the development of visual communication.

Discussions will turn around two main themes this year:
The first is the technology of the printing press, which will be encountered first hand in the form of the reconstruction of Senefelder’s original ‘pole press’ for lithographic printing which is conserved in the Haus der Stadtgeschichte, and the Manroland presses built in Offenbach that have had a significant influence on sheet-fed offset printing worldwide.
The second theme is that of the artists working in print media and the important patrons and producers who have promoted the work of these artists. Both themes will be displayed and discussed at the conference with speakers from Poland, Italy, France and Germany evoking a wide variety of related topics.

On Saturday Uta Schneider and Ulrike Stoltz, the two artists who co-founded Unicat T and later USUS, along with Dominik Gussmann the workshop manager, will take us away from the lectern of the previous day’s talks and into the Museums’ new printing workshop. They are among the most important personalities working across the entire diversity of printing in and outside the book, and can report on this field on the basis of the many talks which they have given at universities, the Stiftung Buchkunst (Book Arts Foundation), etc.

The Association of European Printing Museums (AEPM) was founded in Grevenmacher (Luxembourg) in February 2003 with the aim of encouraging co-operation among European printing museums and promoting printing heritage as an important part of European cultural heritage. It was originally an informal group formed around a project entitled “Preservation of historical printing skills”, whose purpose was to bring together museum specialists with a view to preserving traditional printing skills and techniques.