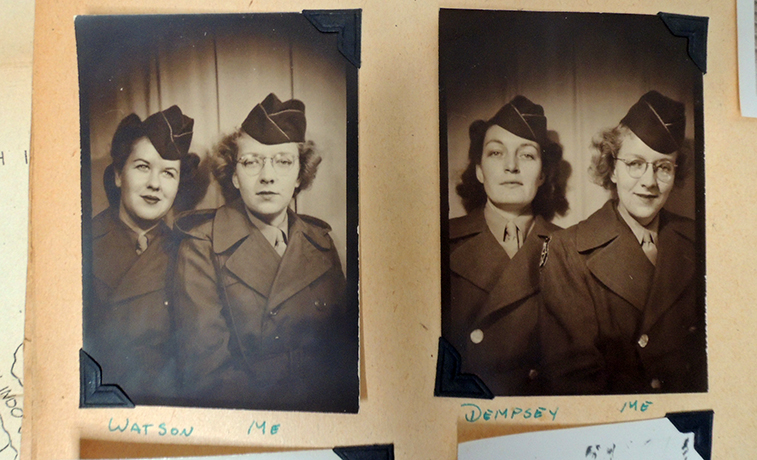 With war looming, U.S. Rep. Edith Nourse Rogers of Massachusetts introduced a bill for the creation of the Women’s Army Auxiliary Corps in May 1941. Having been a witness to the status of women in World War I, Rogers vowed that if American women served in support of the Army, they would do so with all the rights and benefits afforded to Soldiers. Spurred on by the attack on Pearl Harbor on Dec. 7, 1941, Congress approved the creation of WAAC on May 14, 1942. President Franklin D. Roosevelt signed the bill into law on May 15, and on May 16, Oveta Culp Hobby was sworn in as the first director. –from “Creation of the Women’s Army Corps, Women’s Army Auxiliary Corps (WAAC)” https://www.army.mil/women/history/wac.html 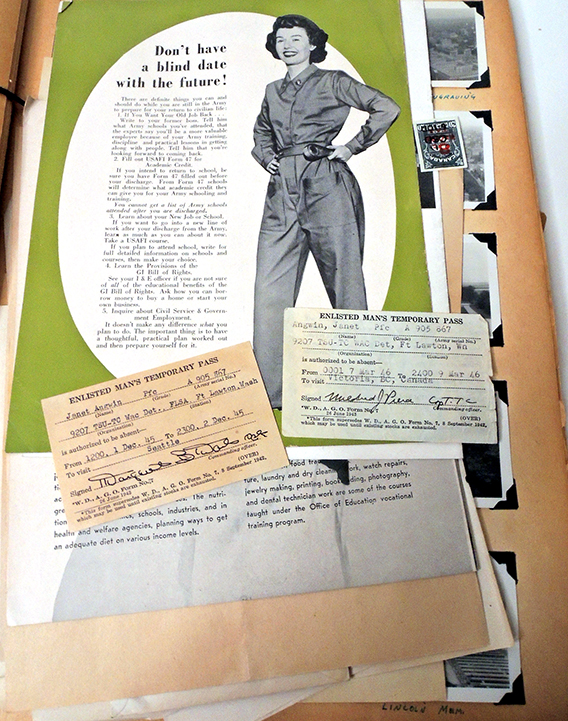 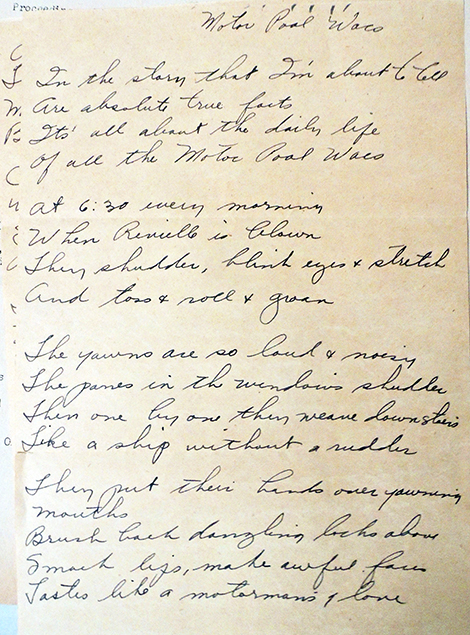 Hobby immediately began organizing the WAAC recruiting drive and training centers. Fort Des Moines, Iowa, was selected as the site of the first WAAC Training Center. Over 35,000 women from all over the country applied for less than 1,000 anticipated positions. The first women arrived at the first WAAC Training Center at Fort Des Moines on July 20, 1942. Among them were 125 enlisted women and 440 officer candidates (40 of whom were black), who had been selected to attend the WAAC Officer Candidate School, or OCS. 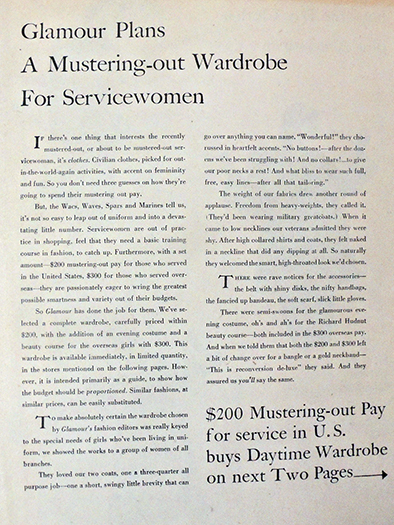 In January 1943, U.S. Rep. Edith Nourse Rogers of Massachusetts introduced identical bills in both houses of Congress to permit the enlistment and commissioning of women in the Army of the United States, or Reserve forces, as opposed to regular enlistments in the U.S. Army. This would drop the “auxiliary” status of the WAAC and allow women to serve overseas and “free a man to fight.” President Franklin D. Roosevelt signed the legislation on July 1, 1943, which changed the name of the Corps to the Women’s Army Corps (WAC) and made it part of the Army of the United States. This gave women all of the rank, privileges, and benefits of their male counterparts. 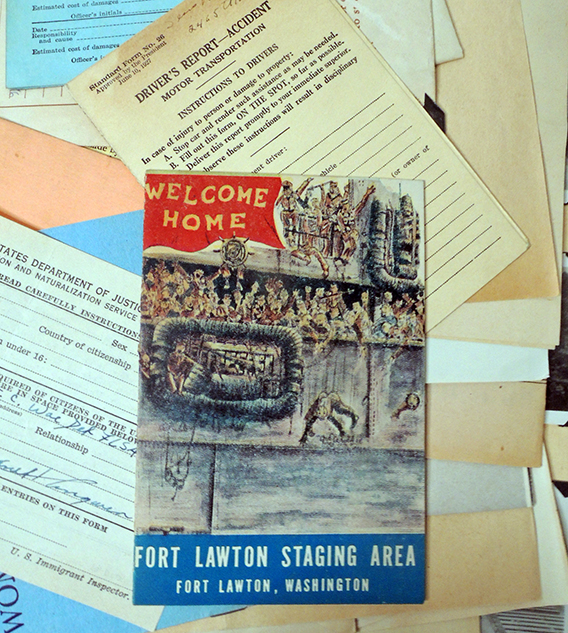 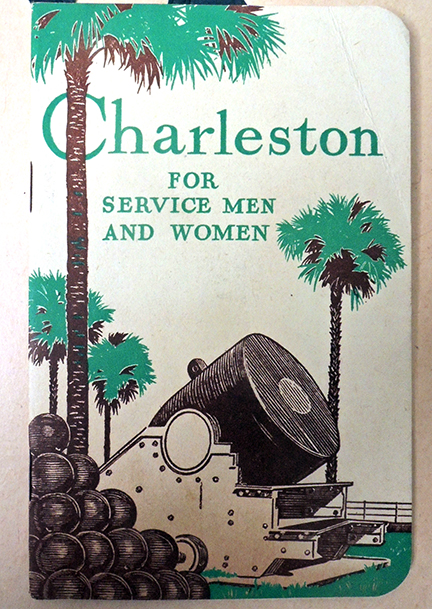 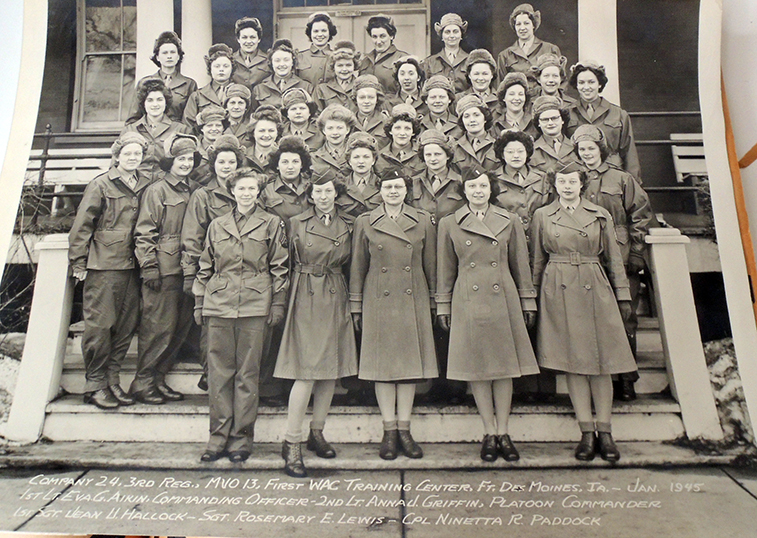 The Graphic Arts Collection holds a scrapbook documenting Janet Angwin’s service in the Women’s Army Corps or WAC, beginning with the order calling her up to active duty November 11, 1944, and her trip to Fort Des Moines. The album provides a personal account of the her experience in the WAC, along with detailed information on women serving in the United States Army. Included are WAC recruitment and informational pamphlets, city guides for enlisted men and women, official army memos (some mentioning Angwin by name), and the news briefs and humorous publications of the various forts where she was stationed.

Angwin was working at the Alameda Naval Air Station when she was called to active duty. At the Fort Des Moines training center she became certified to drive cargo trucks and vehicles, and was stationed in South Carolina, the Seattle Port of Embarkation, and finally Fort Lawton in Washington.

Some of the publications collected in the album are: Facts you want to know about the WAC; WAC Handbook; the “Re Port” for the Special Service Branch Charleston Port of Embarkation; Daily News Summary editions for the Charleston; and Glamour magazine pamphlet “Mustering-out Wardrobe for Servicewomen” showing what they could buy with their wardrobe allowance of $200. 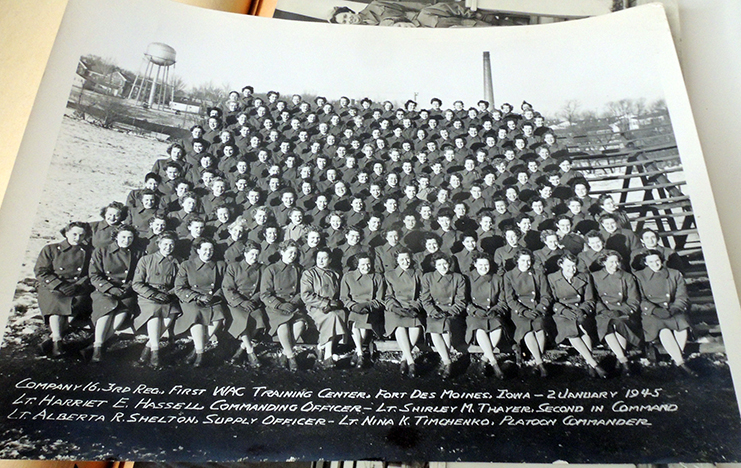 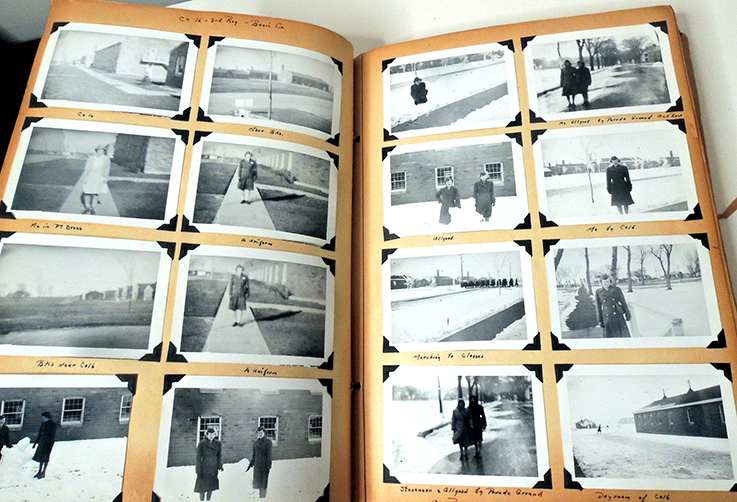 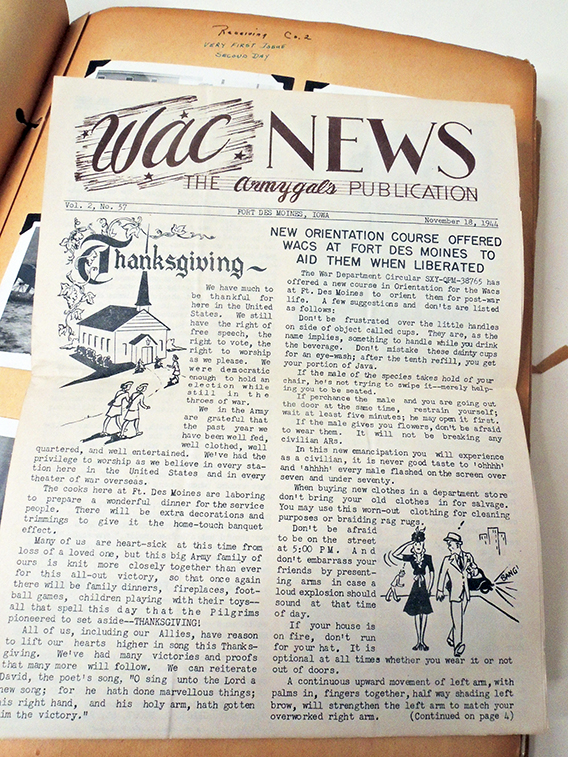 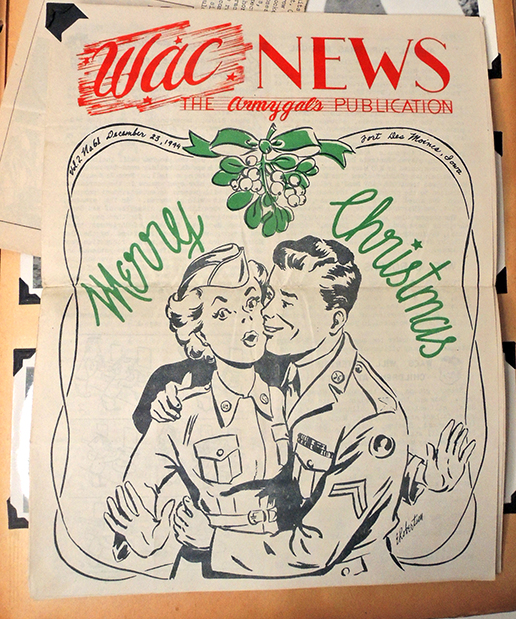 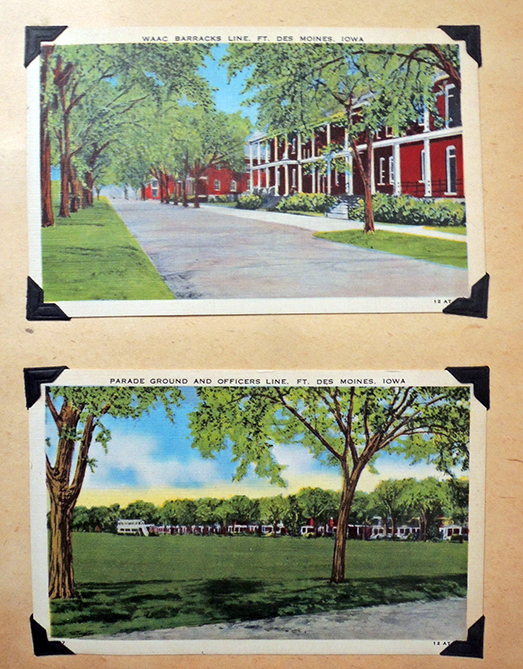 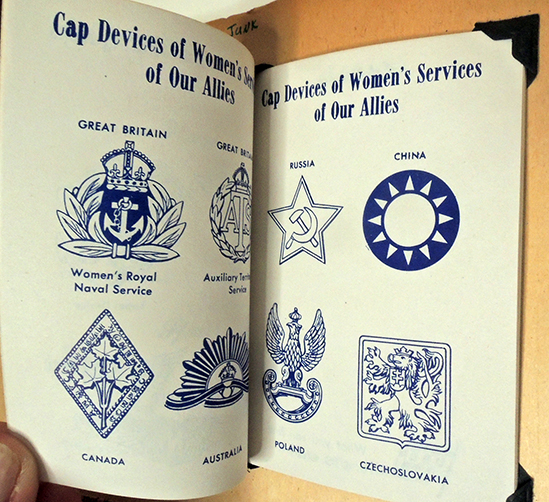 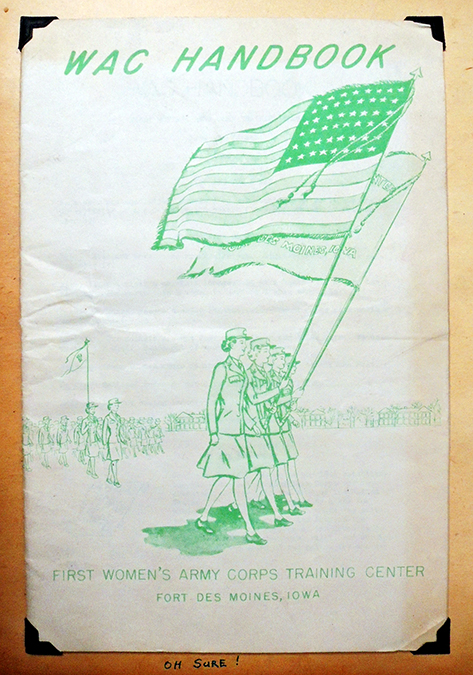 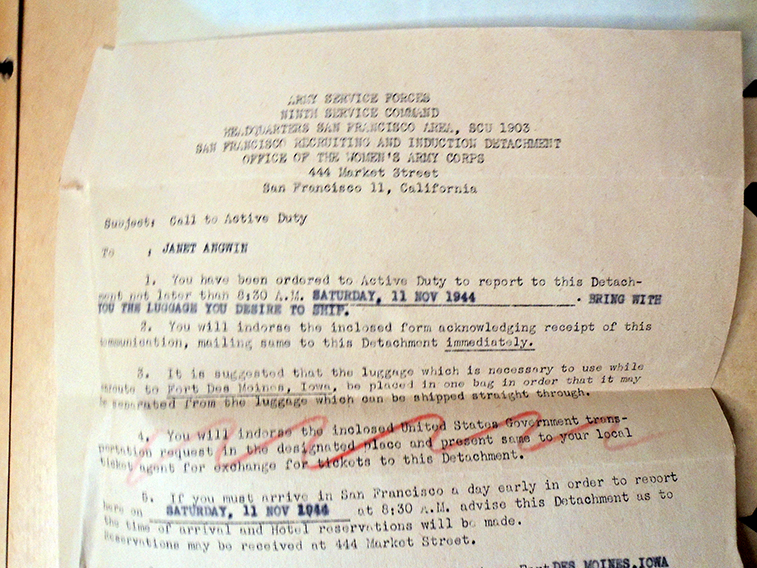 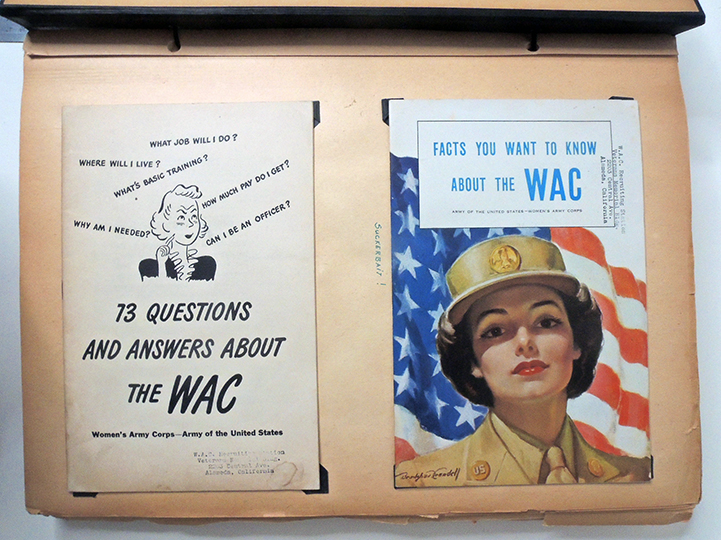 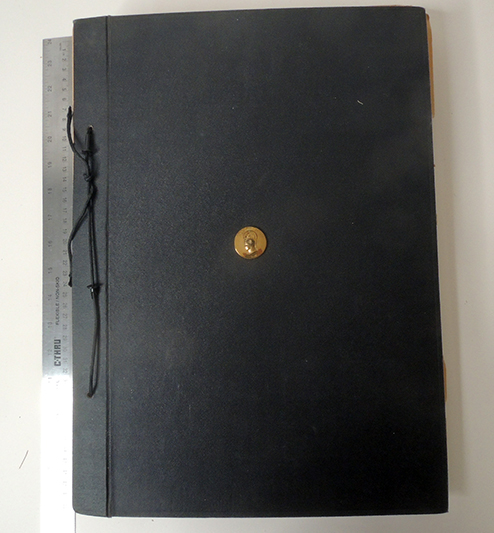