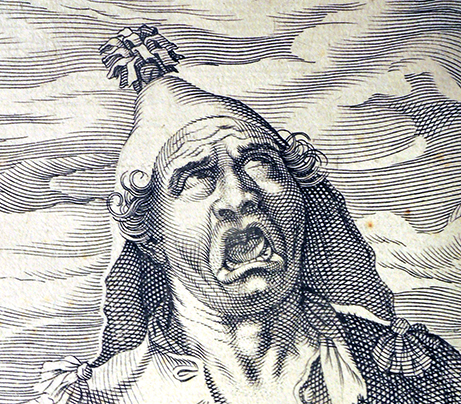 Francesco Villamena (ca. 1565–1624), Geminian ‘Caldarostaro’ [the Roast Chestnut Seller from a series of six Street Traders and Mendicant Friars], 1597-1601. Engraving. Graphic Arts Collection GA Italian prints, GC094/Box 02. *note, his name has been corrected here to reflect the printing on the engraving, although it is written with various spellings on the internet. 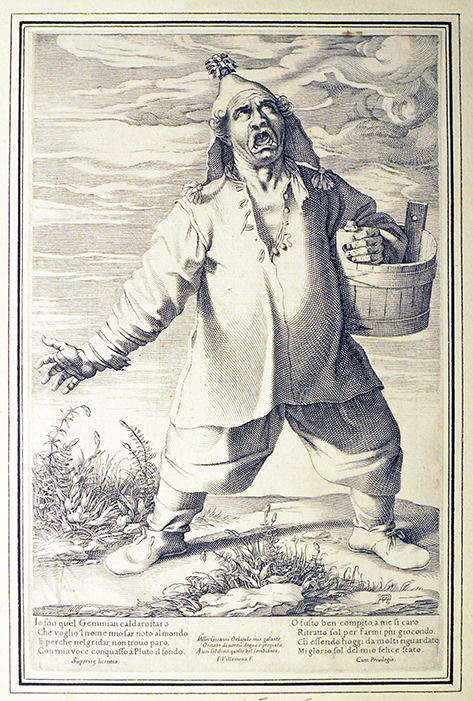 Inscription: Io son quel Geminian caldarostaro / Che voglio l nome mio far noto al mondo. / E perchè nel gridar, non trovo paro, / Con mia voce conquasso a Pluto il fondo. // O fusto ben compito, a me si caro / Ritratto sol per farmi piu giocondo / Ch’ essendo hoggi da molti riguardato / Mi glorio sol del mio felice stato.
[= I am Geminian, the roast chestnut seller, / who wants to make my name known to the world. / And why not, in shouting I have no equal, / With my voice I make hell tremble. // O well-done barrel [belly], so dear to me / Portrayed only to make me more joyful / Being seen today by so many / I glory only in my happy state.]

Text from Michael Bury, The Print in Italy 1550-1620, British Museum 2001 cat.116: “One of what are incorrectly called The Six Cries of Rome (see also V.10-53). Although some of these figures appear to be real individuals, familiar to Villamena and to those to whom he dedicated the prints, the tradition out of which they come is that of representations of trades. There are Flemish engravings that could have had an influence, for example the interesting series of Four Elements of 1597, which figured trades by Claesz Jansz. (Hollstein nos.12-15).”

This is not to be confused with a later 1760 engraving of Jean Ramponneau (1724-1802), a Parisian wine seller, clearly traced from Villamena and printed laterally reversed: 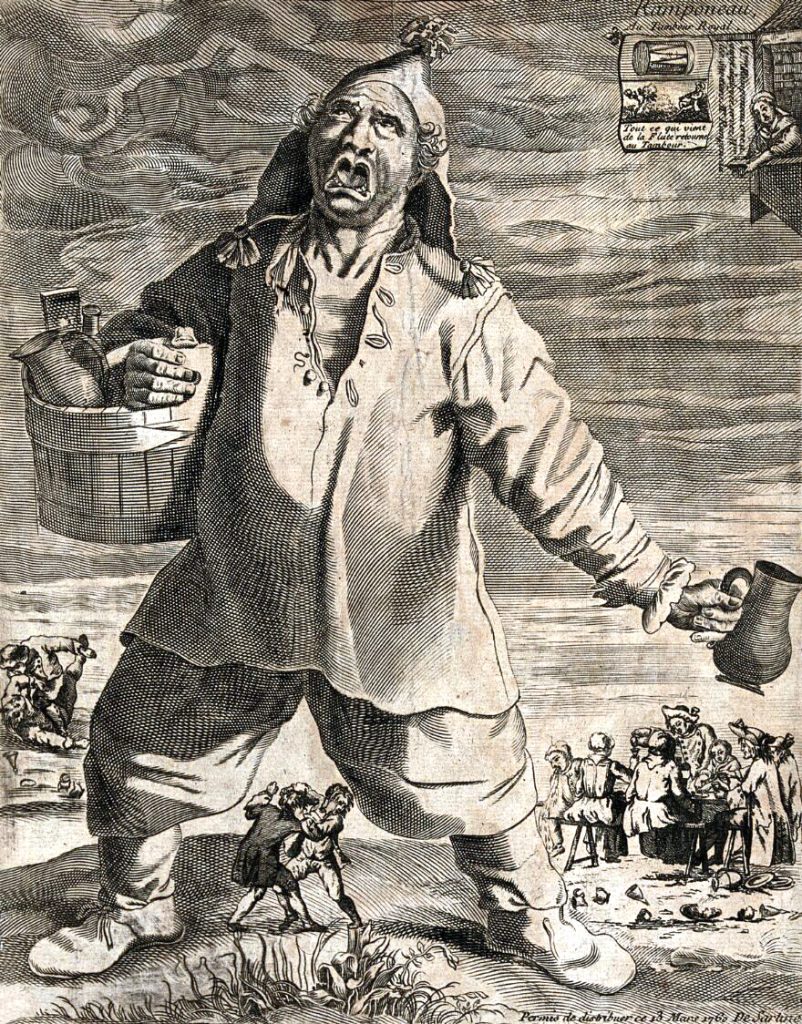 According to the British Museum, Ramponneau (or Ramponeau) was “A celebrated innkeeper; born in Vignol (Nièvre), died in Paris; he moved to Paris in c. 1740 as a wine merchant, and set up a tavern between the rues de l’Oreillon and de Saint-Maur, the ‘cabaret des Marronniers’. The word ‘Ramponneau’ was integrated into French culture and used as a descriptive word (see the Encyclopédie méthodique des Arts et Métiers, 1790 and Larousse du XIXe siècle, 1875, under ‘ramponneau’).”