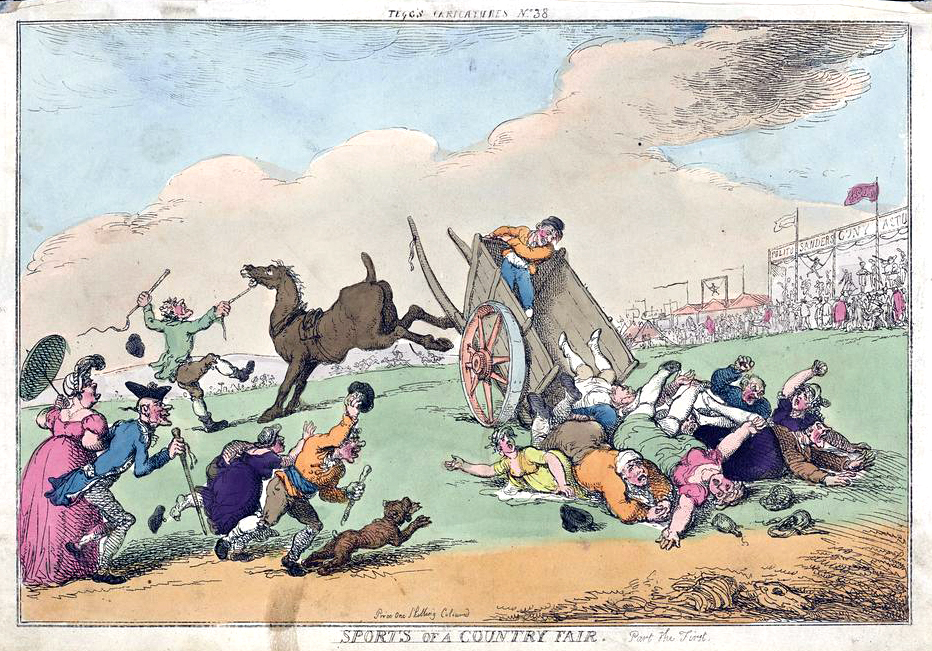 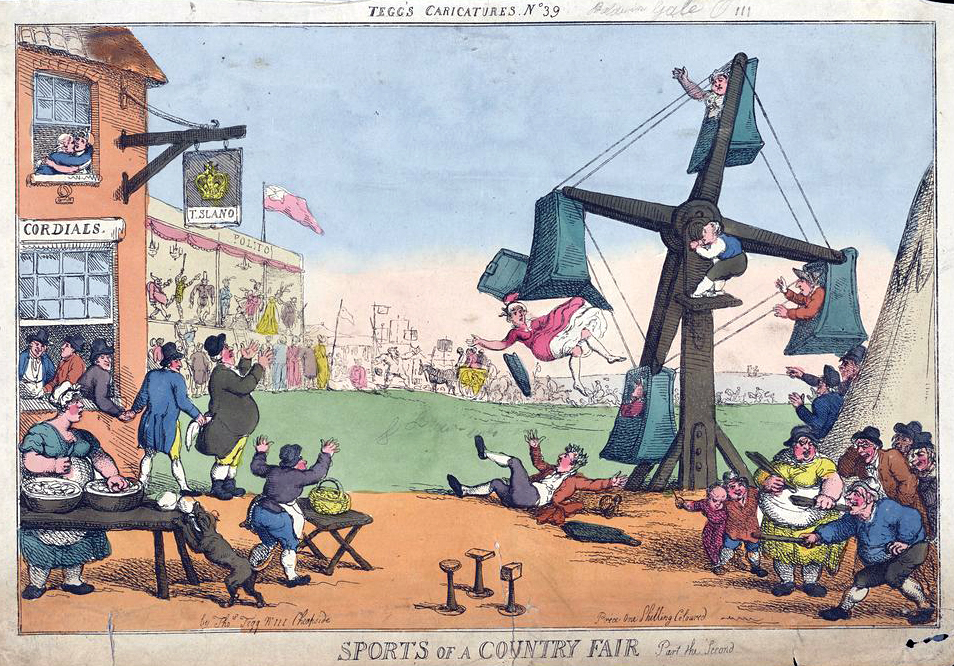 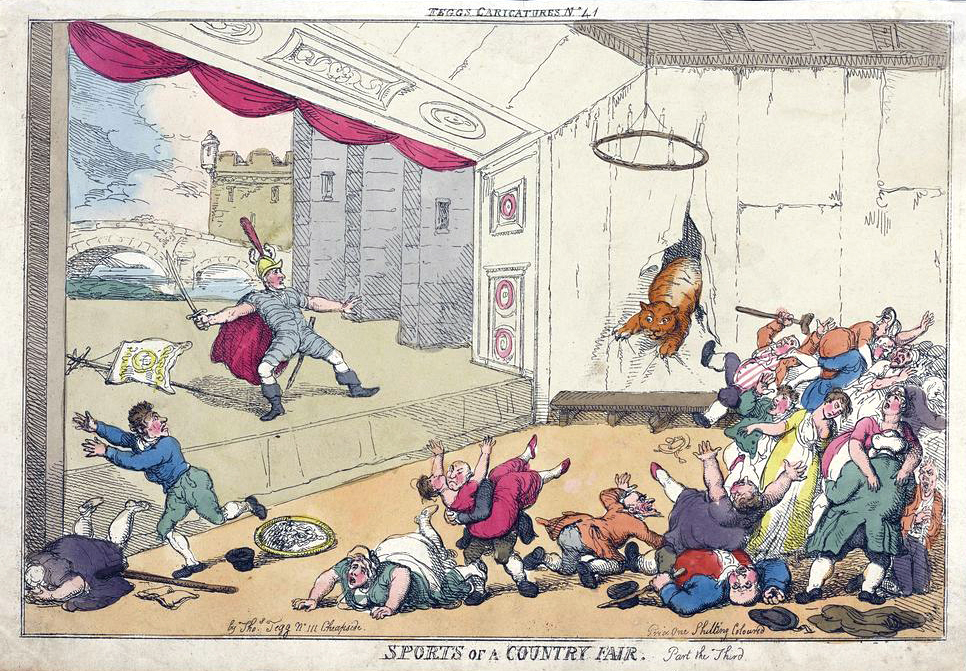 In 1810, Thomas Rowlandson etched four plates with the title: Sports of a Country Fair, which were published in Thomas Tegg’s Caricature Magazine or Hudibrastic Mirror. At least one has its own date, October 5, 1810, and the rest are presumed to correspond. The first three are listed as part the first, part the second, and part the third but the fourth is again only presumed to be in that sequence. People struggling to escape a fire is not as humorous as the others. 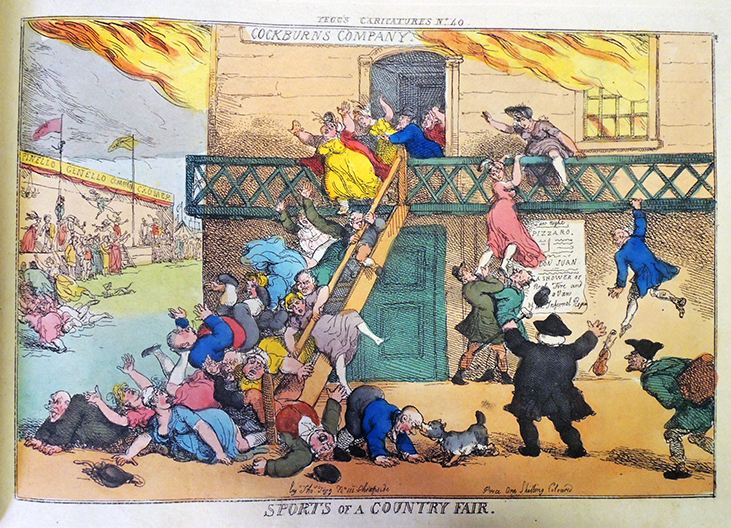 What is interesting is that the following year, Rowlandson used the same scene of visitors falling down a set of stairs to lampoon visitors to the annual spring exhibition of the Royal Academy. Anyone who has tried to climb the steep spiral staircase at Somerset House on the Strand can appreciate the difficulty. Together the two etchings represent a wonderful juxtaposition of rich verses poor; high culture verses low popular fun; a rush to safety verses a rush to be seen. 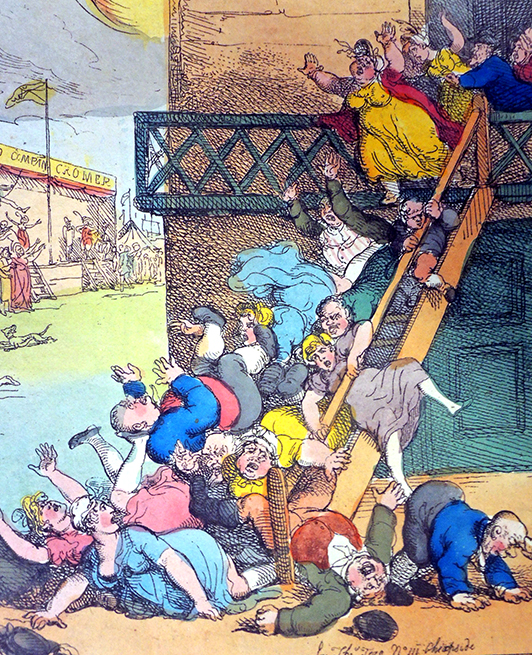 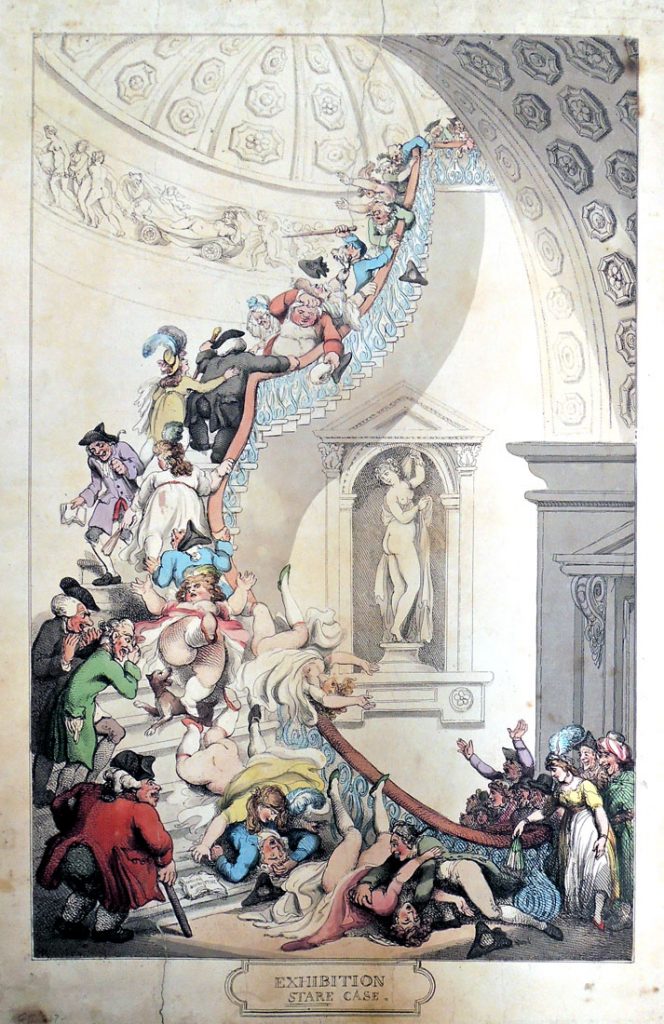 We assume the crowd is there to see the Spring exhibit, the highlight of the social season, although they might also be attending one of the popular lectures held in 1811, including talks by Henry Fuseli on painting; John Soane on architecture; Anthony Carlisle on anatomy; J. M. W. Turner on perspective; and John Flaxman on sculpture. Or they might also be attending the exhibit of the Society of Painters in Water-Colours, held annually beginning in 1804, where Rowlandson exhibited.