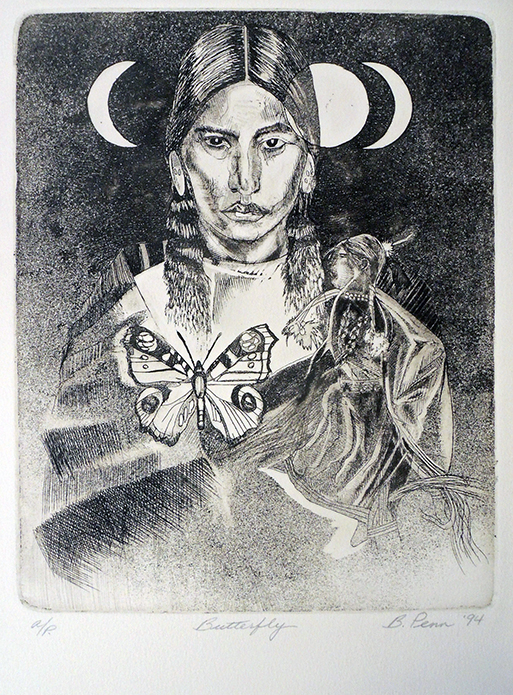 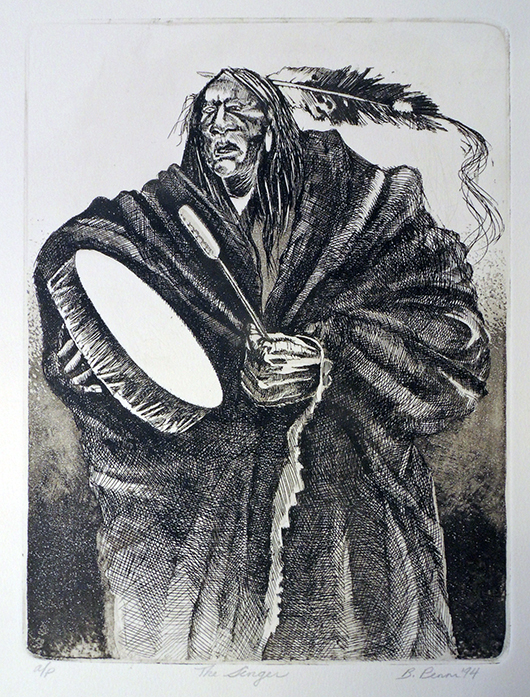 In an attempt to solve one unidentified work each week, these three etchings have been attributed to South Dakota painter Robert Penn, known to his friends as Bobby and who signed them B. Penn. Born in Omaha, Nebraska, Penn taught art at his alma mater the University of South Dakota until 1986 when he quit to pursue his art full time.

Penn was a protégé of the late Oscar Howe, and at one time, he was a work-study assistant for the internationally known Sioux artist. However, Penn’s style was uniquely his own as he explored the art world with varied media and styles. The Akta Lakota Museum site includes a quote from the artist:

“Abstraction of symbols and themes can re-interpret and integrate the modern world as seen from an Indian viewpoint without strict adherence to traditional art forms and can transcend both worlds to become contemporary modern art as well as a cultural statement. I am constantly aware of the danger of being typecast as far as subject matter goes; there is far more to my vision than just recreating pictures of the past. Art has always been my central issue … it is also my biggest prayer,” Penn once said. 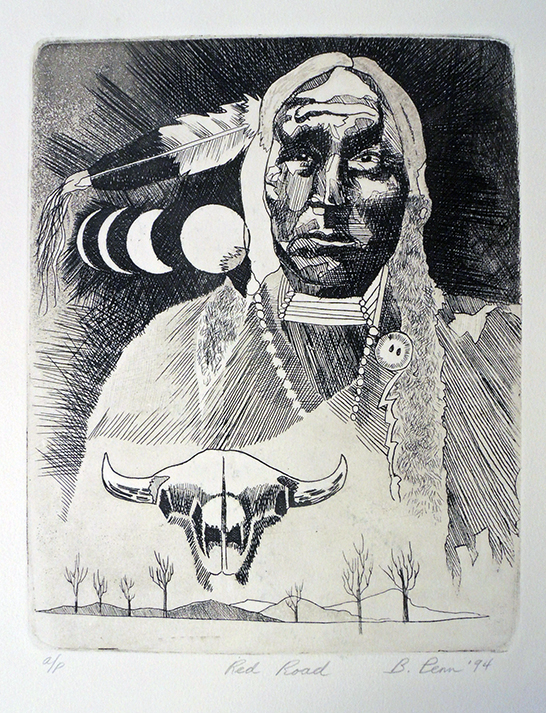 Penn designed several murals, including one at Springfield College, Springfield, MA and one commissioned by the Hennepin County (Minneapolis) Medical Center. It is not clear which master printer helped the artist created these etchings.