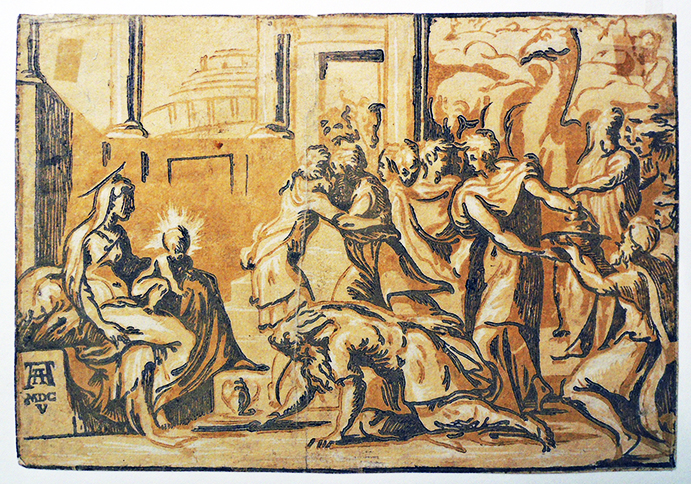 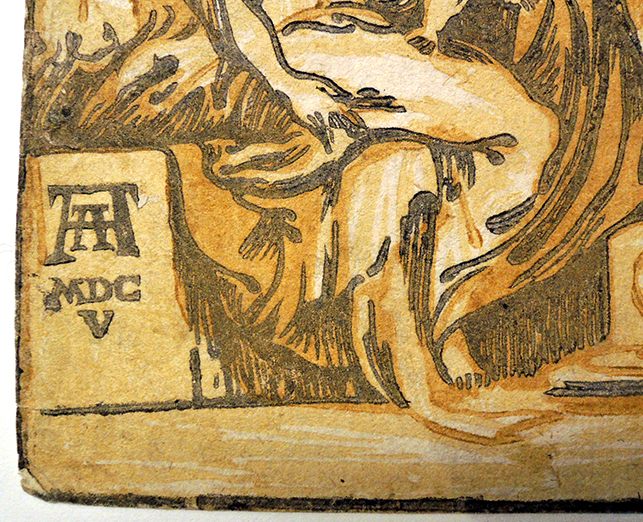 This is the final state of Vicentino’s print, with the publisher Andrea Andreani’s monogram AA MDCv. Although Andreani was also an artist, he did not carve or print this woodcut. The first state has the letters FP for “Franciscus Parmensis” in the same position.

The print reproduces a drawing in the Louvre by Parmigianion: 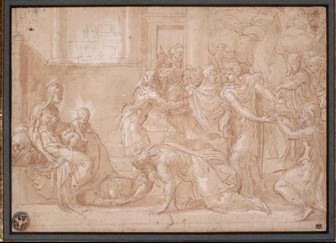 One of the nicest aspects of the chiaroscuro print is the simplicity of the camel, drawn in tone with the animal’s long neck accented in a single black line. Many artists included camels in their Adoration scenes but often used a horse as the model with limited success in its appearance.

http://www.larsdatter.com/camels.htm offers a wonderful set of links to various camels throughout the medieval and renaissance periods. A few have been included below. 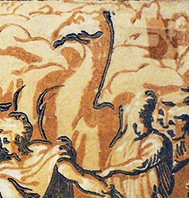 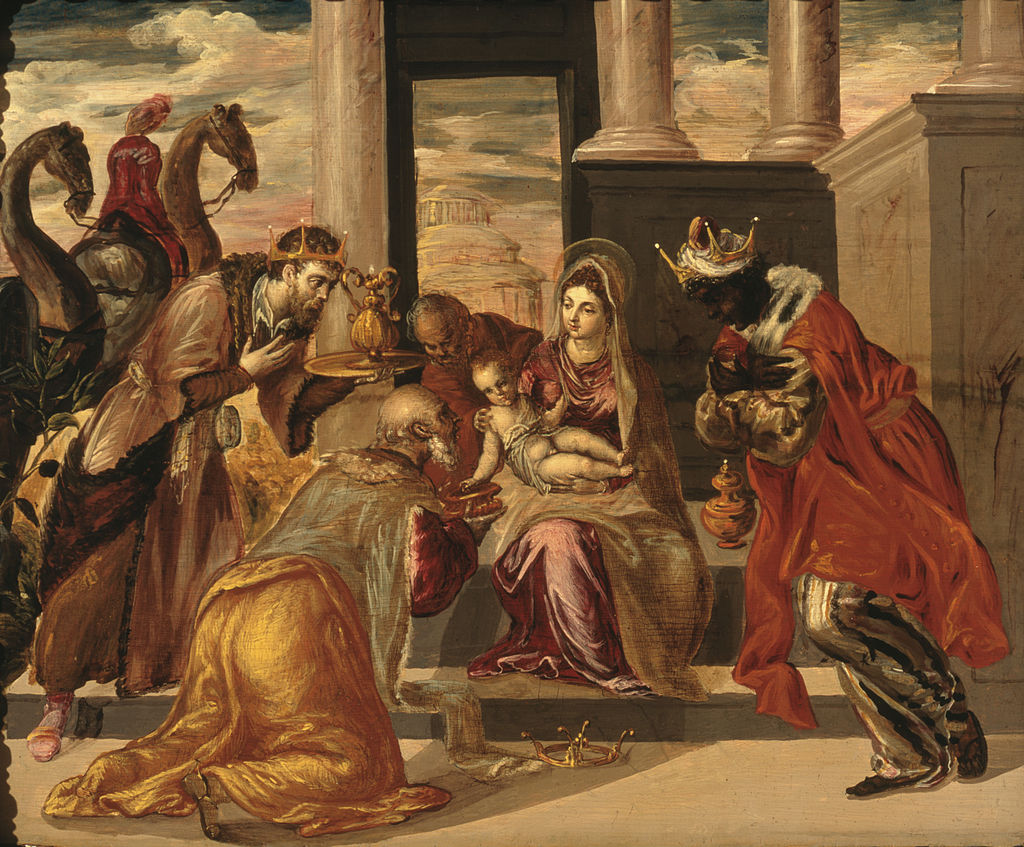 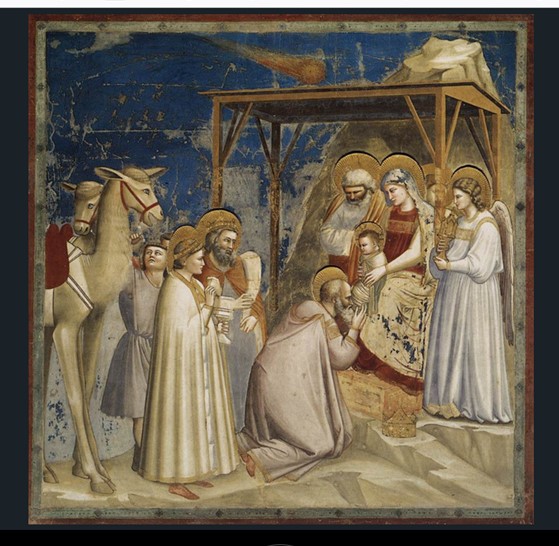 One of the most charming of all the camels can be found at the Morgan Library, in a Persian manuscript: 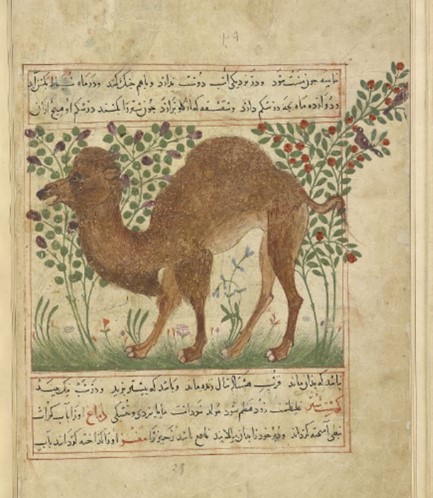 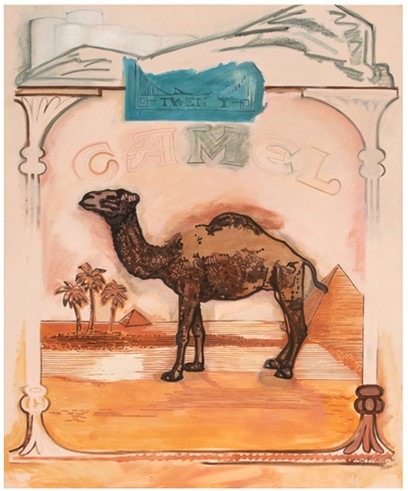