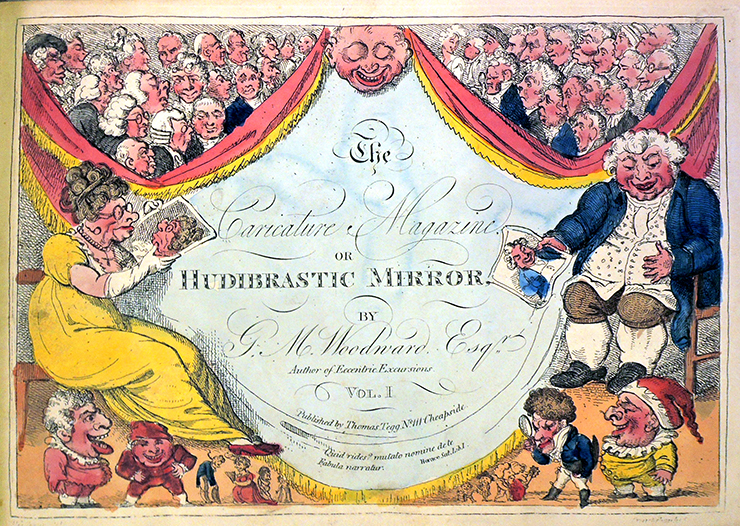 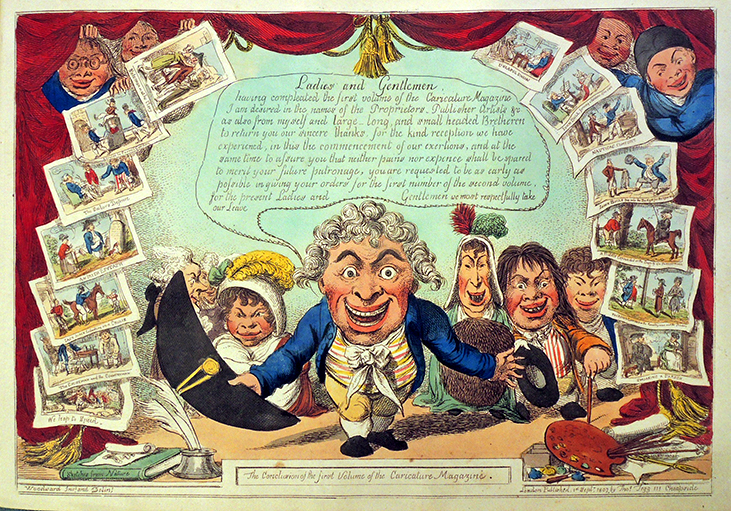 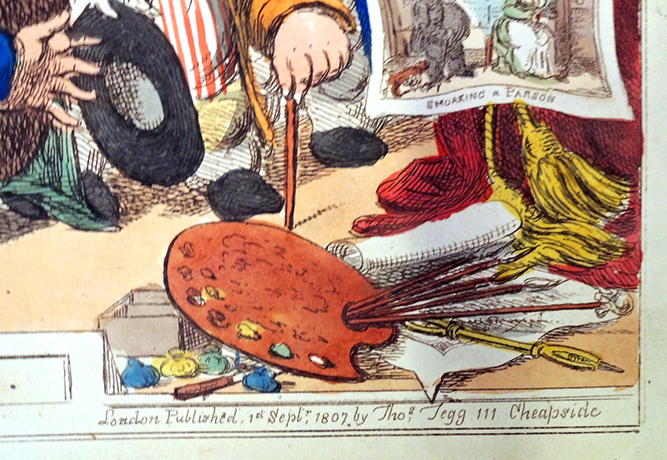 Between September 1807 and November 1809, George Moutard Woodward’s humorous designs were etched and hand colored by Isaac Cruikshank, Charles Williams, Thomas Rowlandson, and others, then published by Thomas Tegg as The Caricature Magazine, or, Hudibrastic Mirror. Each plate was reissued several times and the serial run reissued in 1821. Because of the multiple versions, it has been difficult to conclusively describe this serial. In addition, it is often mixed up with The caricature Magazine by Thomas Rowlandson. Princeton owns 4 bound volumes of Tegg’s magazine published from No. 111 Cheapside, between 1807 and 1809. Dorothy George agreed that the original series included only 4 volumes. 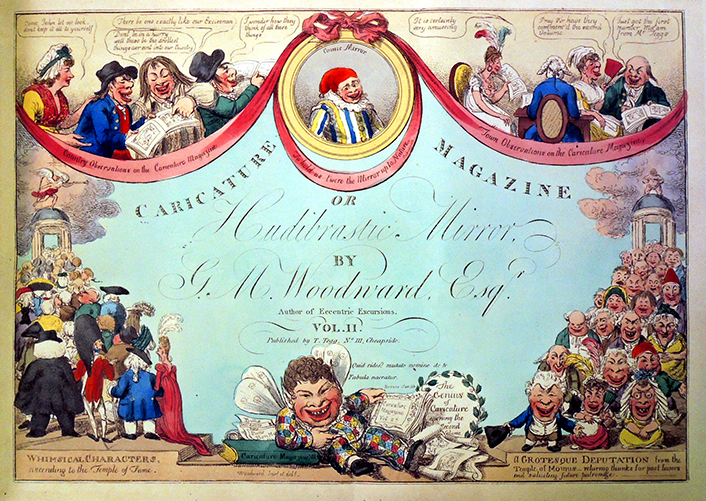 Front cover above, back cover below. Volume 2. July 2, 1808. Between the two processions and forming a tail-piece is ‘The Genius of Caricature,’ 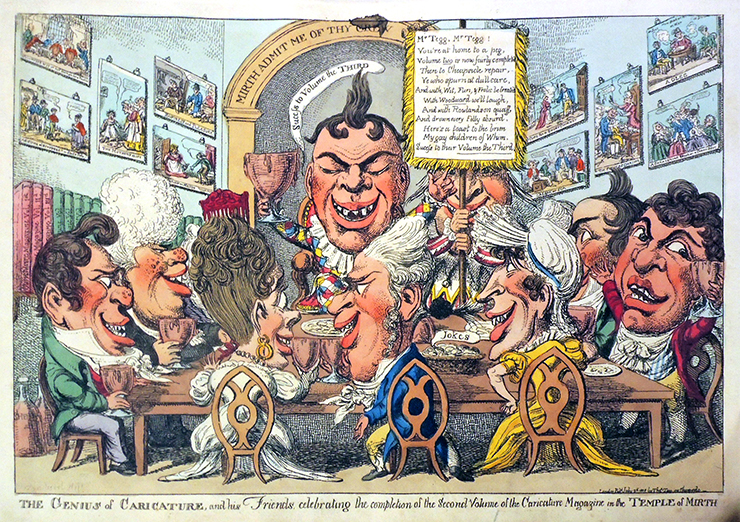 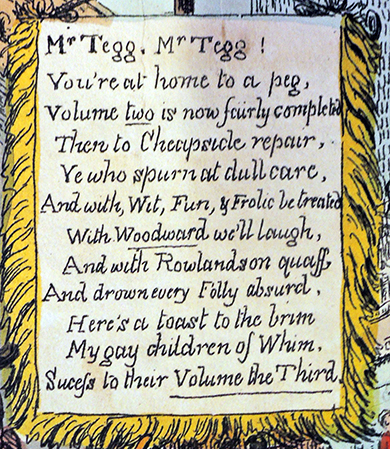 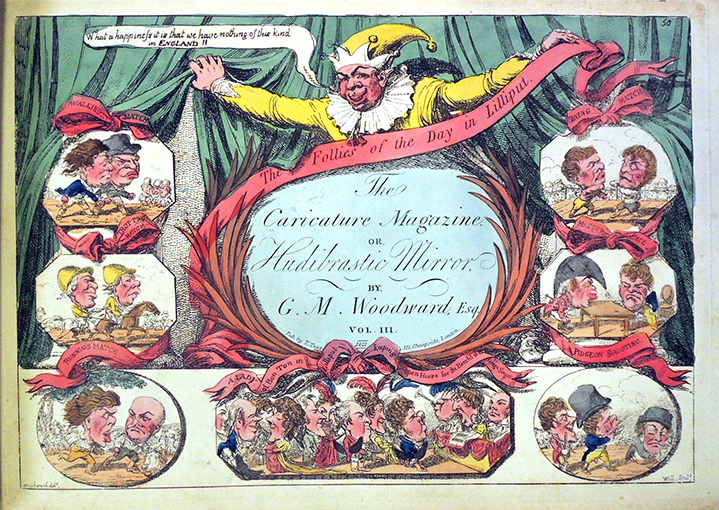 Volume 3. Front cover above, back cover below. 1809. Tail Piece offers a street scene showing Tegg’s printshop, the Apollo Library at 111 Cheapside, with signs above its windows reading “Libraries purchased or exchanged,” and advertisements: ‘Spirit of fresh wit / Spirit of English wit / Marmion travestee / The whale / An auction at eight precisely.” Below the image is a quotation from Pope: “Eye Natures walks, shoot Folly as it flies. / And catch the manners living as they rise.” 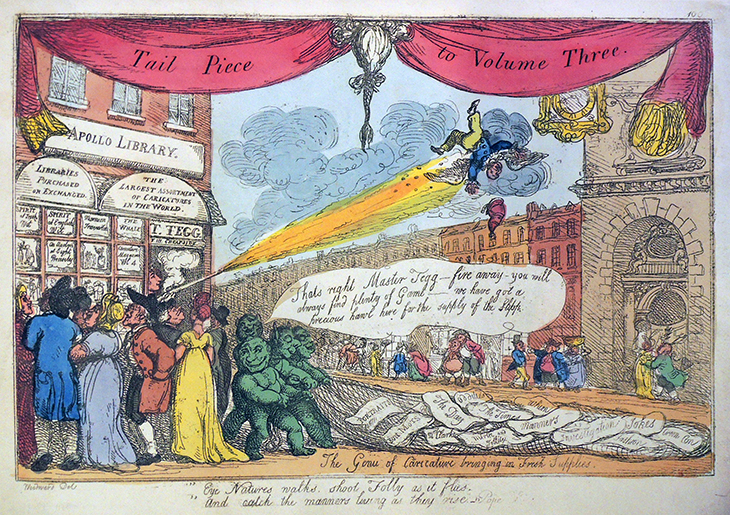 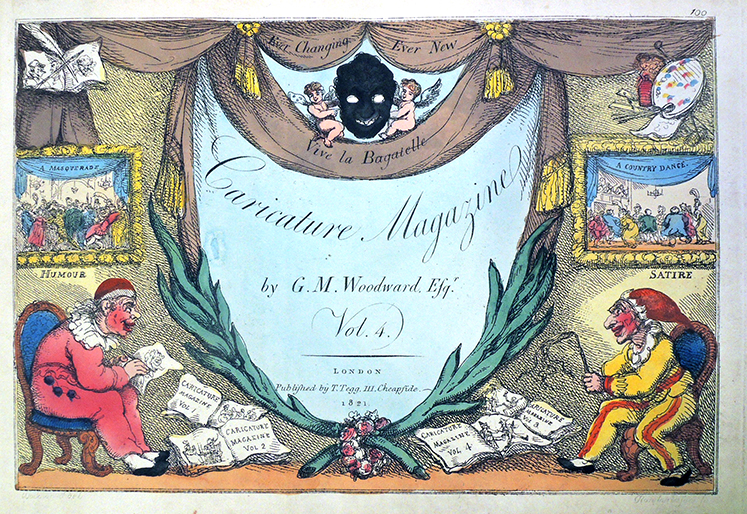 Volume 4. Before November 1809. Missing the back cover.

Not to be confused with a separate, vertical run titled The Caricature Magazine or Mirror of Mirth... by Thomas Rowlandson, 1809? 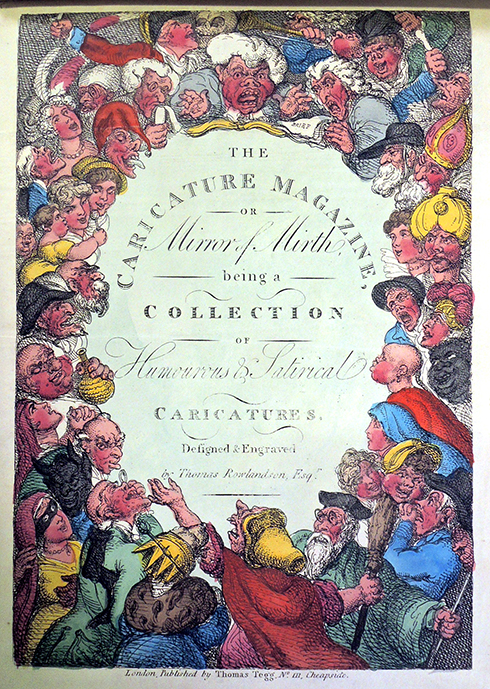 1 thought on “Woodward’s Caricature Magazine. Why do you laugh? Change only the name and this story is about you.”