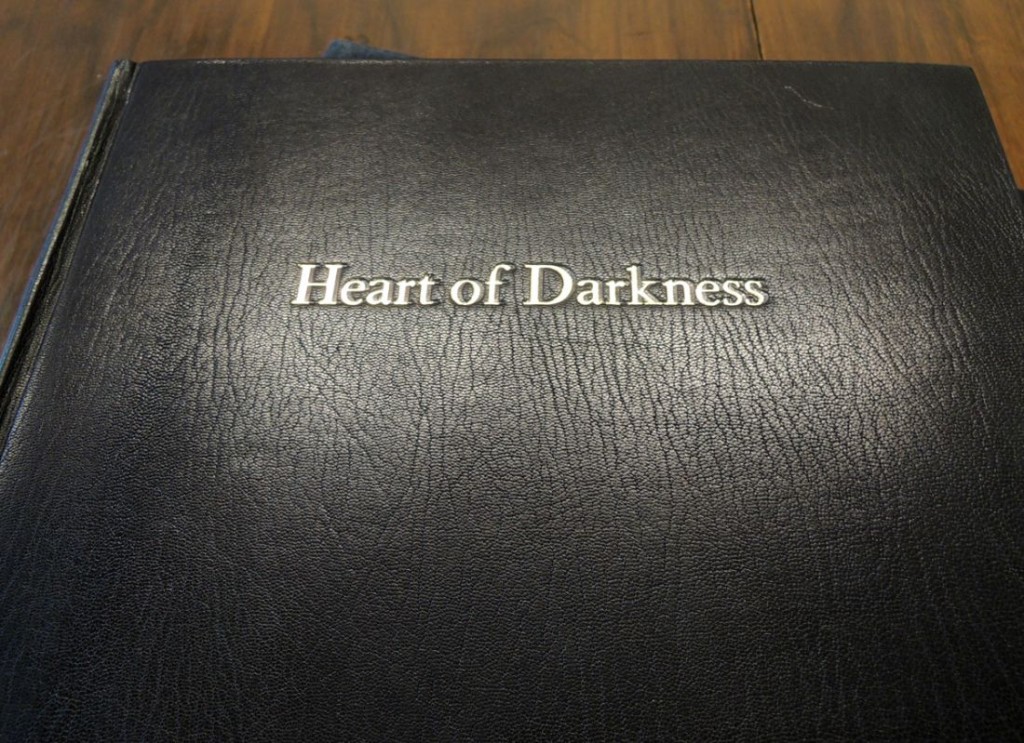 In 1982, the Dublin-born artist Sean Scully painted three joined canvases called Heart of Darkness, after the 1902 novel by Joseph Conrad (1857-1924). Today, the painting hangs in the Art Institute of Chicago. It was also the last year he spent teaching at Princeton University, traveling down from New York on the bus each Tuesday and returning after class on Wednesday. A Guggenheim Fellowship in 1983 allowed the artist to stop teaching and work on his painting full-time. 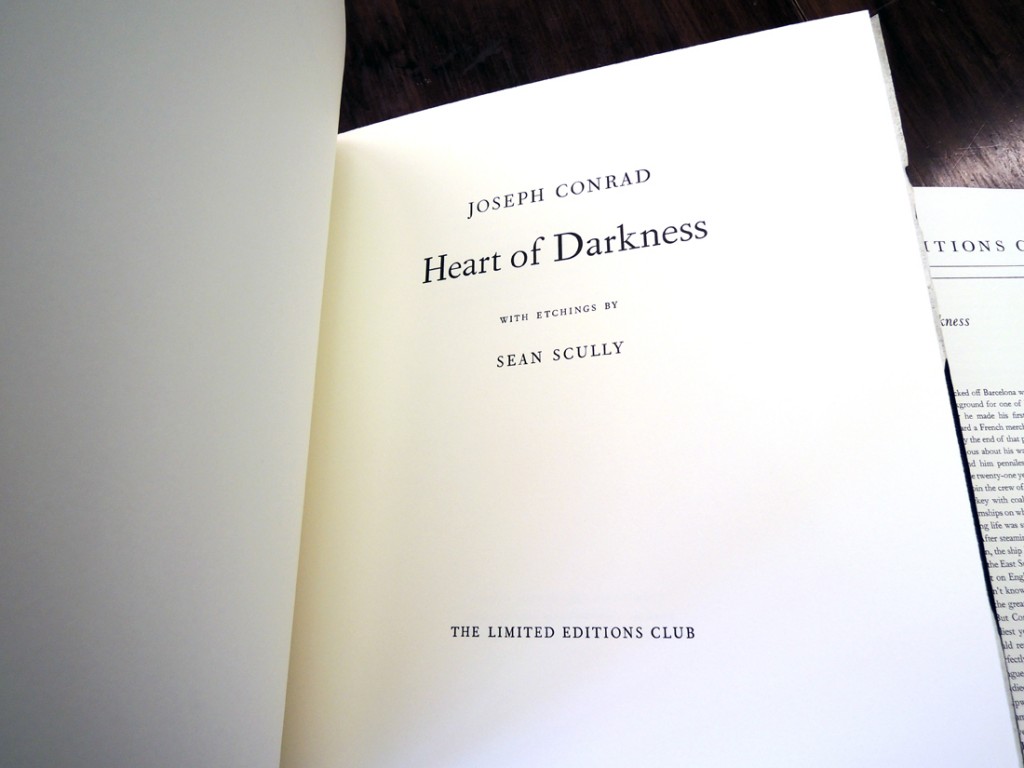 Ten years later, Scully reread Heart of Darkness and created a portfolio of 8 prints. Four full-page and four half-page etchings were bound into a new letterpress edition of Conrad’s novel, published in an edition of 300 copies for The Limited Editions Club. The volume was bound in Nigerian goatskin and its clamshell box is covered in black Italian cotton.

We are fortunate to have finally acquired a copy for Princeton. 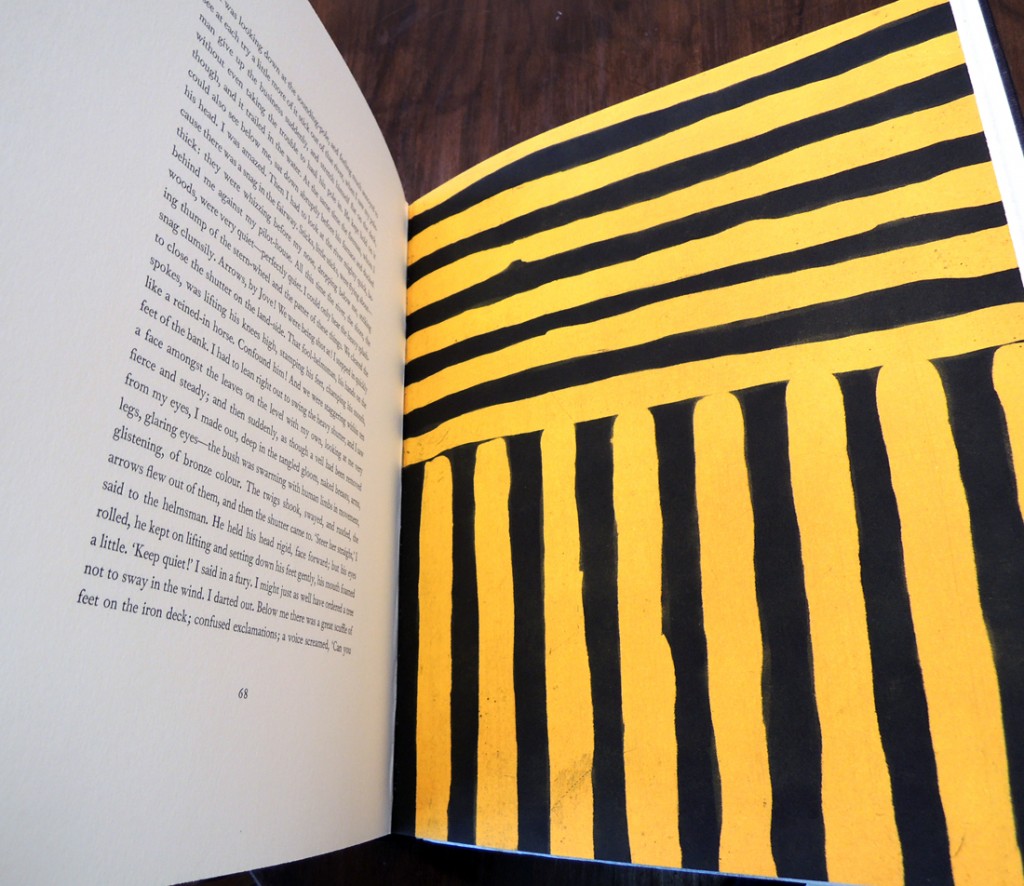 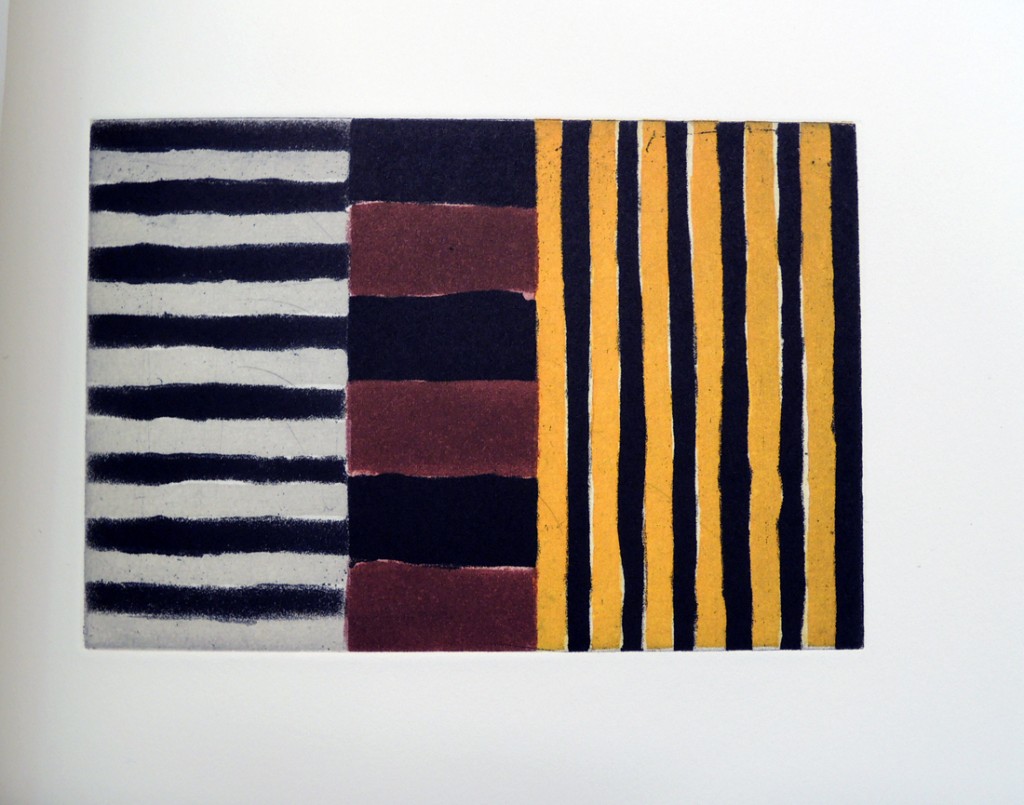 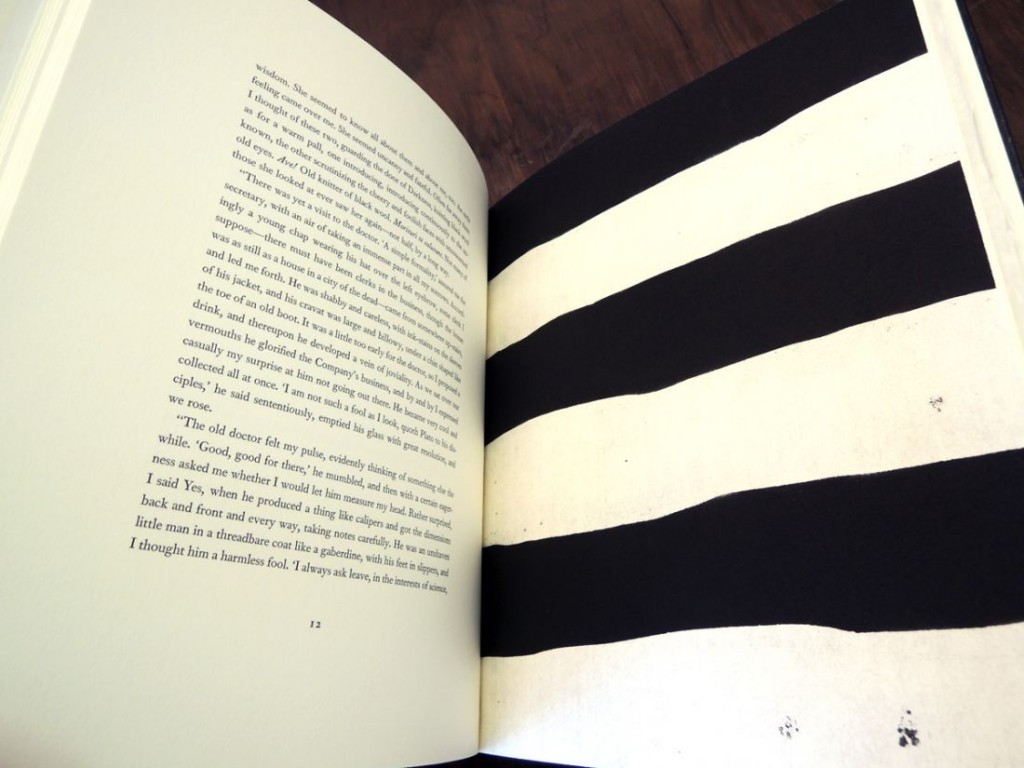 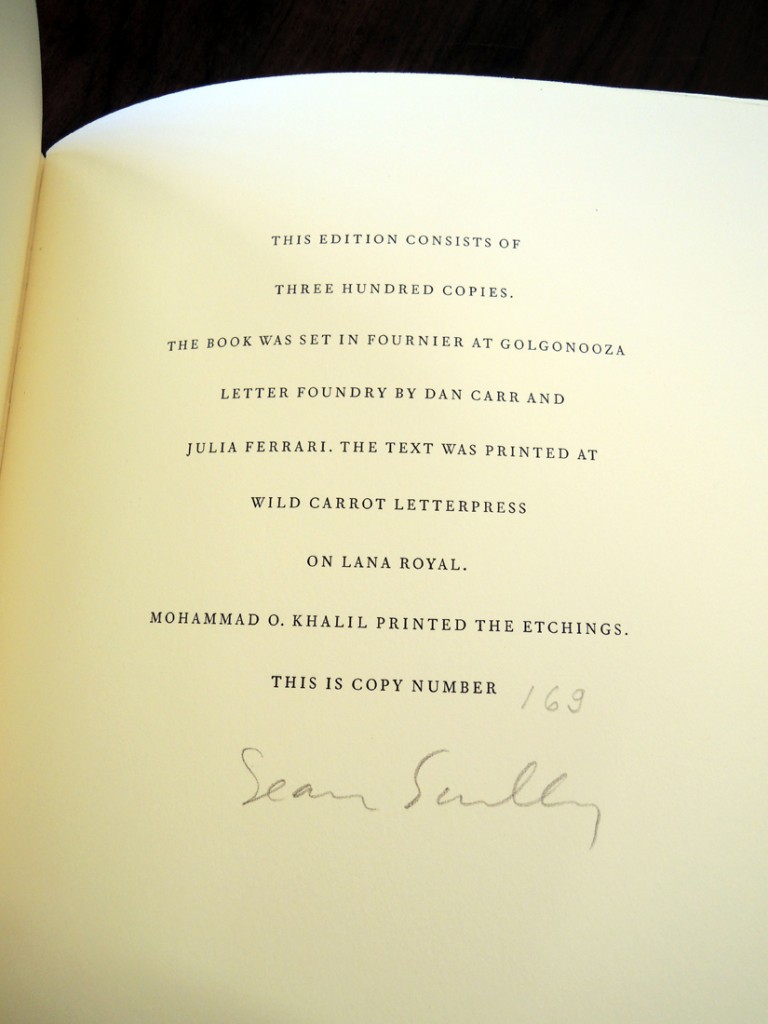