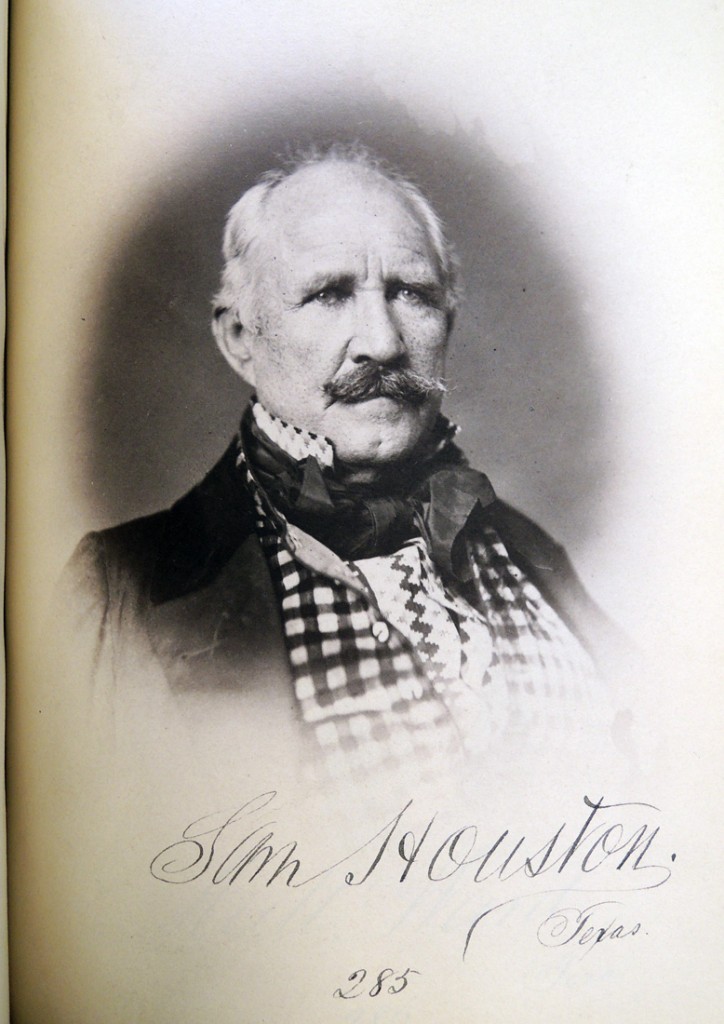 “In presenting this volume to the public,” wrote photographer James McClees in his introduction, “the publisher begs leave to remark that it is the largest collection of perfectly authentic Photographic portraits ever published; containing three hundred and eleven likenesses one-fifth of the size of life, each being a reflex of the features of the subject, and in no instance a copy from a painting or an engraving, and finished in the best manner for Photograph negatives taken by the publisher himself or his able assistant, Mr. Julian Vannerson, an Artist of acknowledged ability and artistic taste.” A long sentence for a lengthy project. 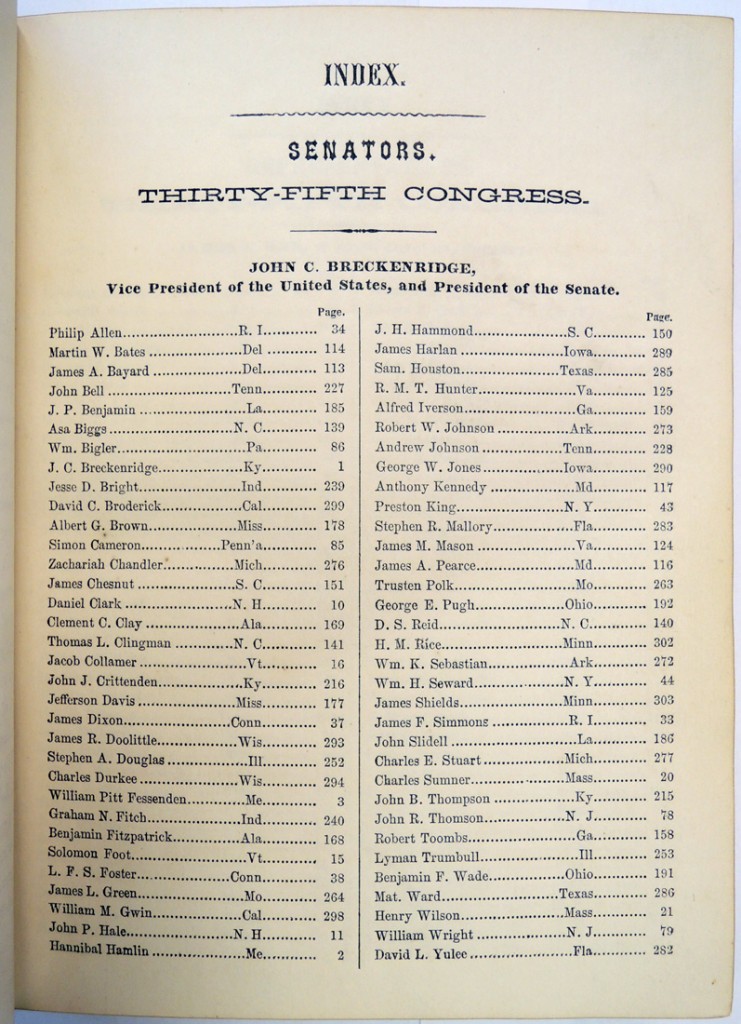 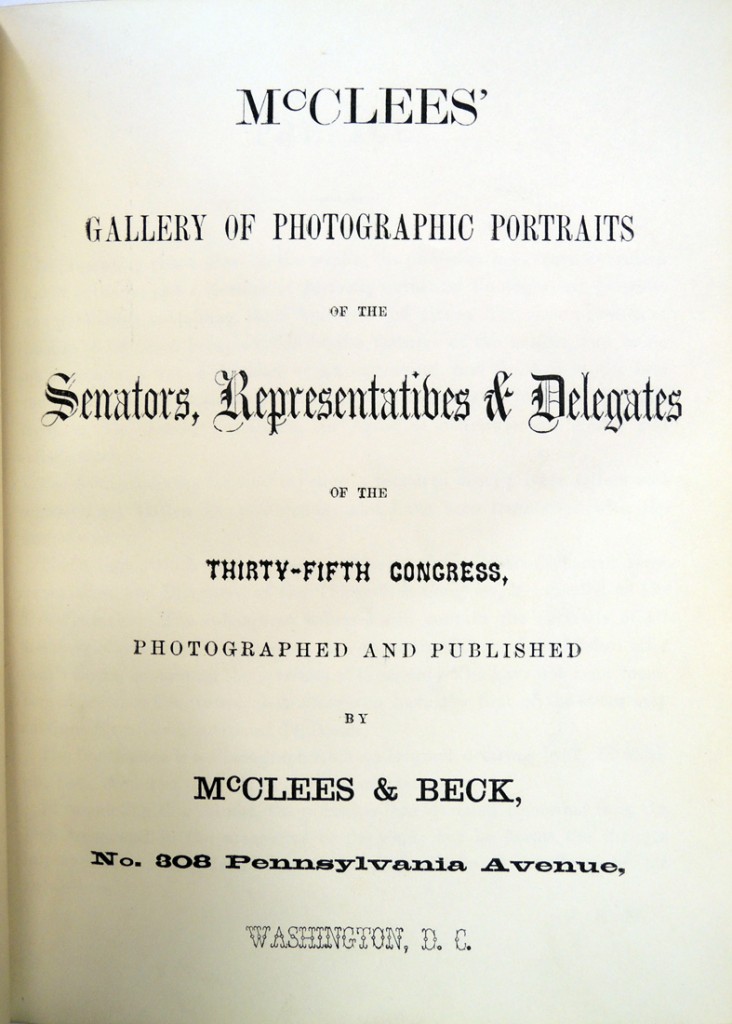 Graphic Arts Collection recently acquire this superb volume of three hundred and eleven salted paper portraits of the thirty-fifth Congress of the United States, that is, members dating from March 4, 1857 to March 4, 1859 during the first two years of James Buchanan’s presidency. Included are the Senators, Representatives, and Delegates, with their autographs reproduced under their portrait in facsimile, “procured from private letters and registers not written for publication.” This volume was meant to be the first of a series, although no subsequent volumes were every completed.

As a frontispiece, McClees created a photograph of the capitol taken from an original drawing by T.U. Walter, architect of the U.S. Capitol extension. Our volume also includes one additional salt print laid into the front cover of Charles Brooks Hoard (1805-1886), congressman from New York, along with a presentation inscription: “A testimonial of Friendship / Presented by / C.B. Hoard / March 1861.” This is a second portrait, in addition to the one bound into the volume.

McClees’ ambitious project had an extraordinary scope and the end result was beautifully realized. As he claims, it is the first and largest such collection of photographic portraits created in the United States. The images include the key figures in politics leading up to the Civil War, both Union and Confederate, nicely indexed at the front. Notable are the portraits of Andrew Johnson, Jefferson Davis, Sam Houston, Stephen Douglas, and Schuyler Colfax, although the list could go on and on.

In the summer of 1857, McClees opened a second gallery at 308 Pennsylvania Avenue in Washington, D.C. and hired two additional photographers, Julian Vannerson and Samuel Cohner, to undertake the congressional photography project. They did their best to photograph every congressman, although some failed to show up as scheduled. Eighteen leaves are published with only the signature on the page.

Only five copies of is rare volume are currently listed at institutions: the George Eastman House, the University of Illinois, Indiana Historical Society, Library of Congress, and the New Hampshire Historical Society.