Zájezd ,,,Národního shromáždění Č S R. do Království Srbů, Chorvatů a Slovinců ve dnech 2. – 12. října 1926 [Tour …of the National Assembly of the Republic of Czechoslovakia to the Kingdom of Serbs, Croats and Slovenes on October 2 to 12, 1926]. Album with 39 gelatin silver photographs and letterpress title page. Graphic Arts Collection. On deposit from Bruce C. Willsie, Class of 1986.

In 1922, a delegation of the National Group of the Kingdom of Serbs, Croatians and Slovenians visited Czechoslovakia, touring Prague (The National Assembly, the Senate, and Prague Castle) and the town of Hradec Králové.

In October of 1926, a group of seventy members of the Czechoslovakian National Assembly returned the compliment and paid a friendly visit to the Kingdom of Serbs, Croats and Slovenes (renamed Yugoslavia in 1929). During the ten day trip, the delegation traveled to several towns, including Belgrade where they visited the Yugoslavian Parliament. They laid wreath at the Grave of Unknown Hero on the Avala Hill and in Split, the group watched a performance by Yugoslavian folk dancers.

Thanks to the generosity of Bruce C. Willsie, Class of 1986, the Graphic Arts Collection now holds what we believe to be an official album documenting the Czech delegation’s 1926 tour. Each photograph is embossed and credited to the Prague photography studio of A Wanner, also listed as A.F. Wanner. Tomáš Masaryk (1850-1937), chief founder and first president (1918–1935) of Czechoslovakia, is recognizable in these photographs as one of the few men with a beard.

To see a 1926 silent movie of the delegation on tour, prepared by Ministerstvo národní obrany, click here: http://film.nfa.cz/portal/avrecord/0063401. 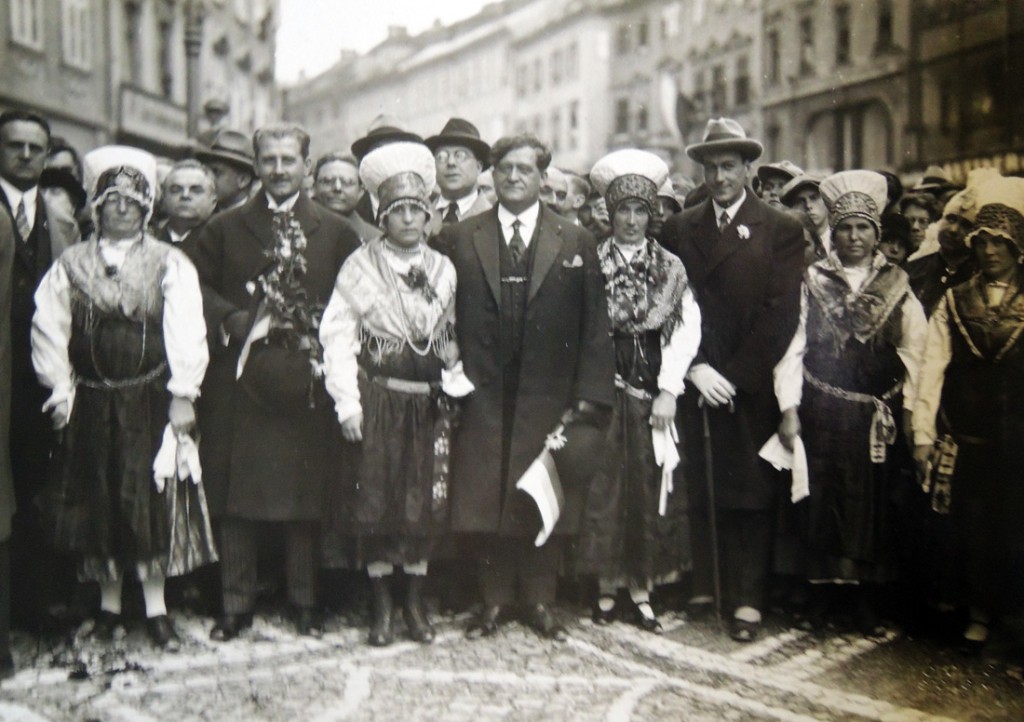