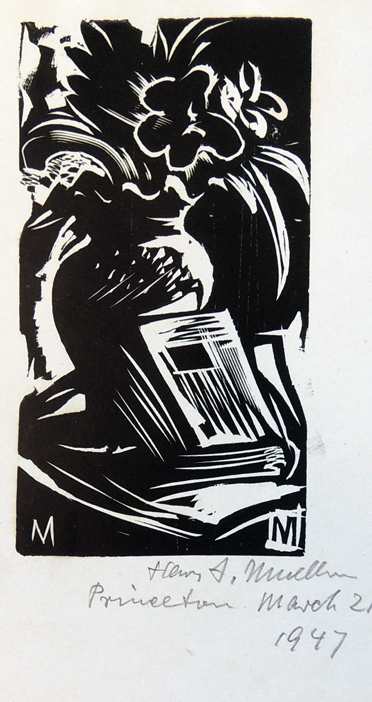 The December 4, 1939 issue of Life Magazine included a profile of the German American artist Hans Alexander Mueller (1888-1962), who had just published, Woodcuts & Wood Engravings: How I Make Them. It is surprising that a major magazine would be interested in highlighting a printmaker or a book on printing techniques. However, the fine press edition was printed by Elmer Adler’s Pynson Printers, with original woodcuts and wood engravings for the entire edition. Adler also gave Mueller an exhibition in the New York Times Annex on 43rd Street, which was reviewed in the Times, leading to the additional publicity. Today, it is somewhat unfortunate that we know Mueller primarily as the teacher of Lynd Ward (1905-1985).

When Adler moved to Princeton and started the Princeton Print Club, Mueller was invited to demonstrate his printing techniques in 1947. As the audience watched, the artist cut and printed several prints, which were then given to the Club for their circulating collection. Two years later, Mueller was invited back to create the Club’s membership print for 1949, depicting the new Firestone Library. 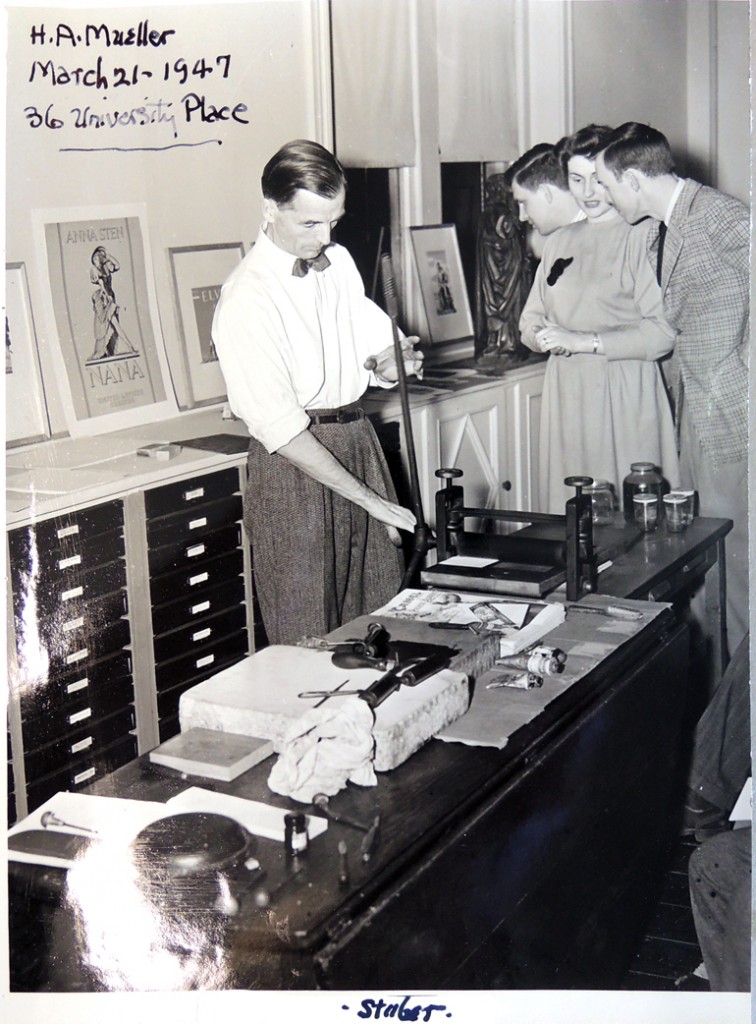 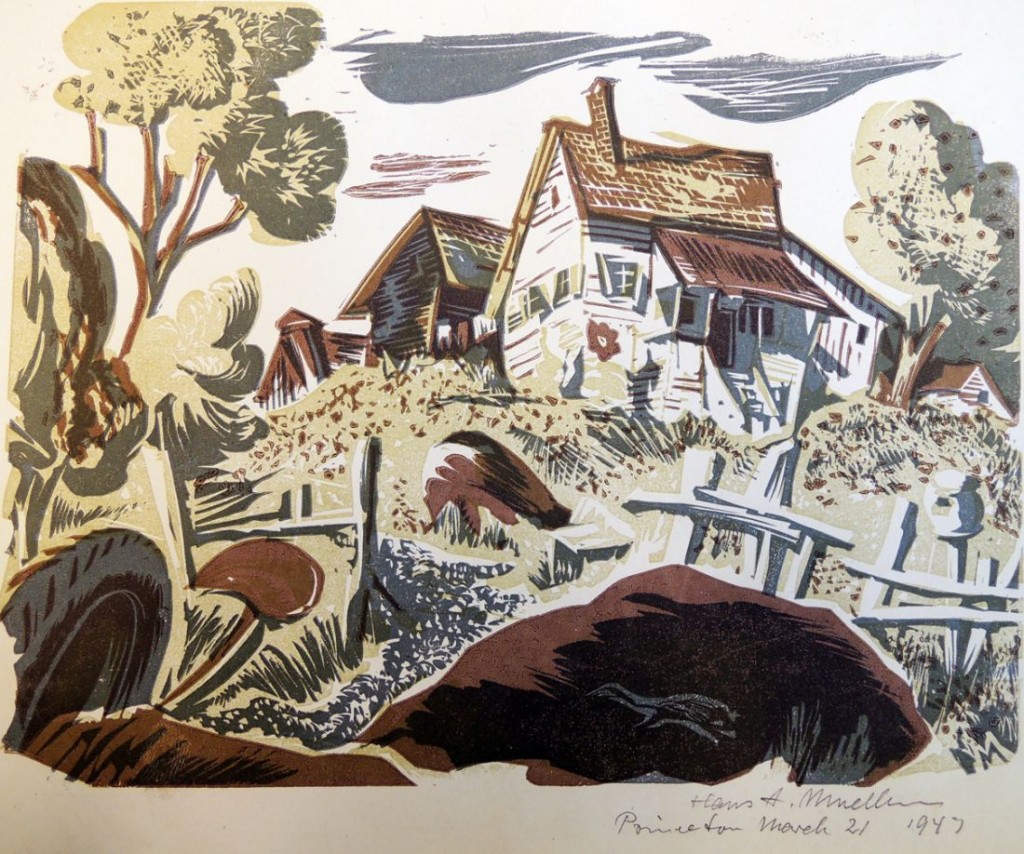 “There have been many books on woodcuts,” wrote Ward for the book jacket, “but this one is without equal in its intrinsic quality. The woodcut artist is peculiarly dependent on the printing process for the realization of his full intent, and probably nowhere else in the world could this book have been produced with the full measure of care and high standard of craftsmanship that it is receiving at the hands of Elmer Adler and the Pynson Printers.”