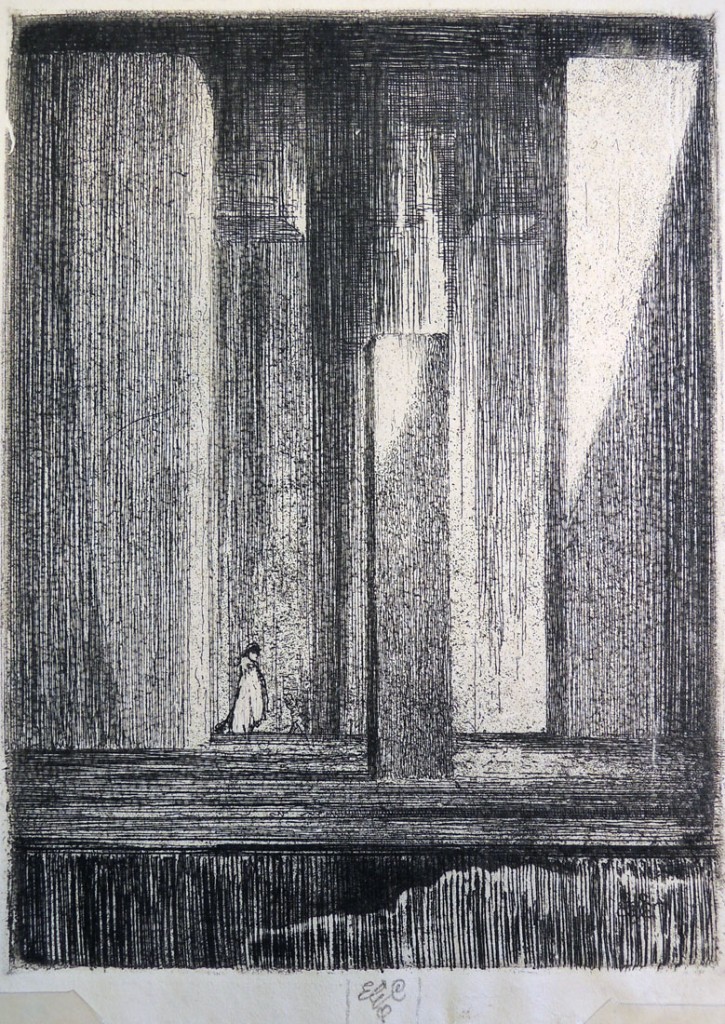 Edward Gordon Craig (1872-1966) worked with the Moscow Art Theater beginning in 1908, collaborating with Konstantin Stanislavski (1863-1938) on a production of Shakespeare’s Hamlet, which finally opened in 1912. During this period, he released two portfolios of etched designed, one in 1908 and one in 1910, for various theater productions including his Hamlet. An advertisement for the first portfolio was published in The Mask. 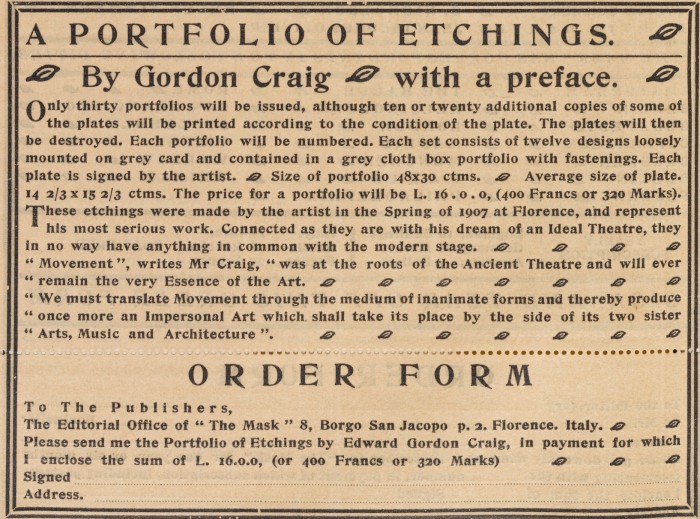 These etchings are strikingly different from the Hamlet he designed in woodcuts for Count Harry Graf Kessler’s Cranach Press in 1928 (English edition in 1930). With the acquisition of Craig etching above, our students can now compare the two projects. 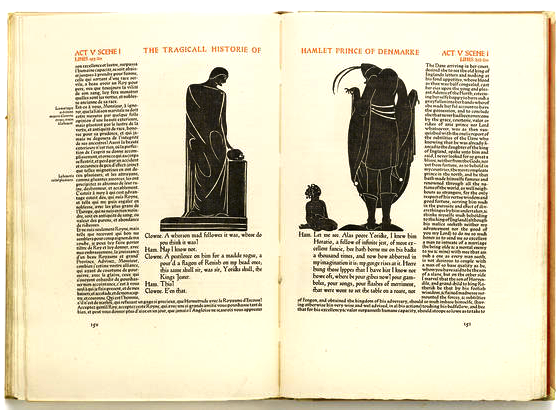 William Shakespeare (1564-1616), The Tragedie of Hamlet Prince of Denmarke. Edited by J. Dover Wilson…from the text of the second qvarto printed in 1604-5…with which are also printed the Hamlet stories from Saxo Grammaticus and Belleforest and English translations therefrom. Illustrated by Edward Gordon Craig (Weimar: Printed by Count Harry Kessler at the Cranach Press, 1930). Graphic Arts Collection (GAX) Oversize 2007-0315Q