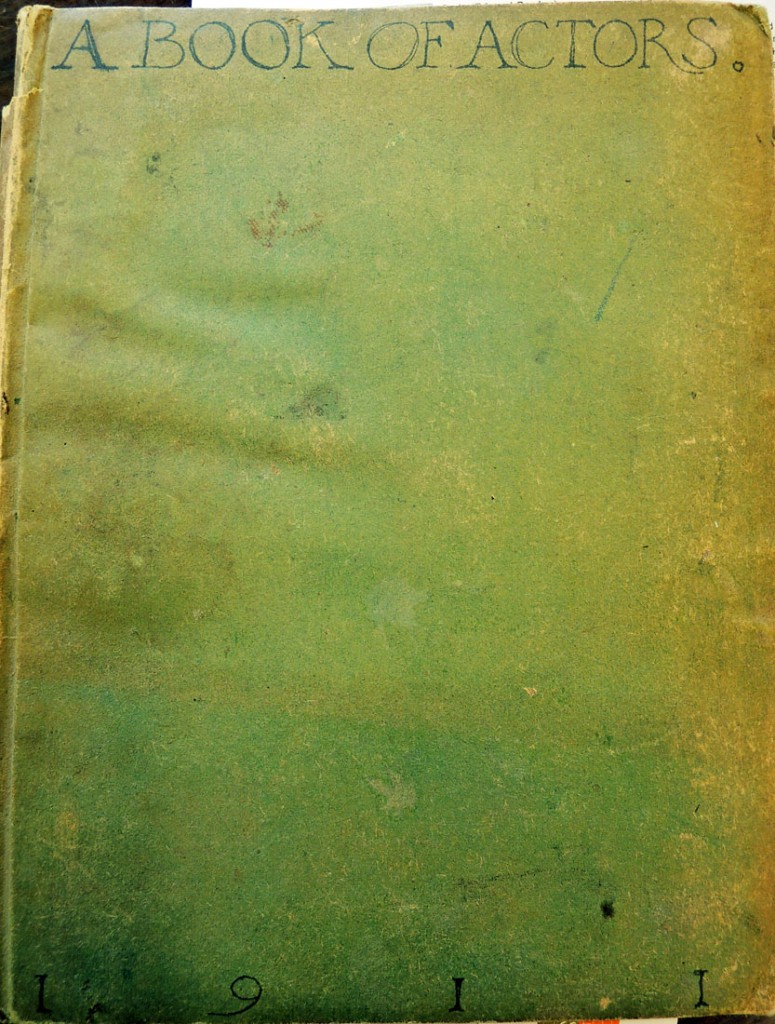 In 1911, while Edward Gordon Craig (1872-1966) was living in Florence with Elena Fortuna Meo (1879–1957), he gave his son Edward (Teddy) Carrick (1905–1998) a scrapbook of engravings depicting classical actors, several from the Comédie-Française. Meo is responsible for the lovely green binding. 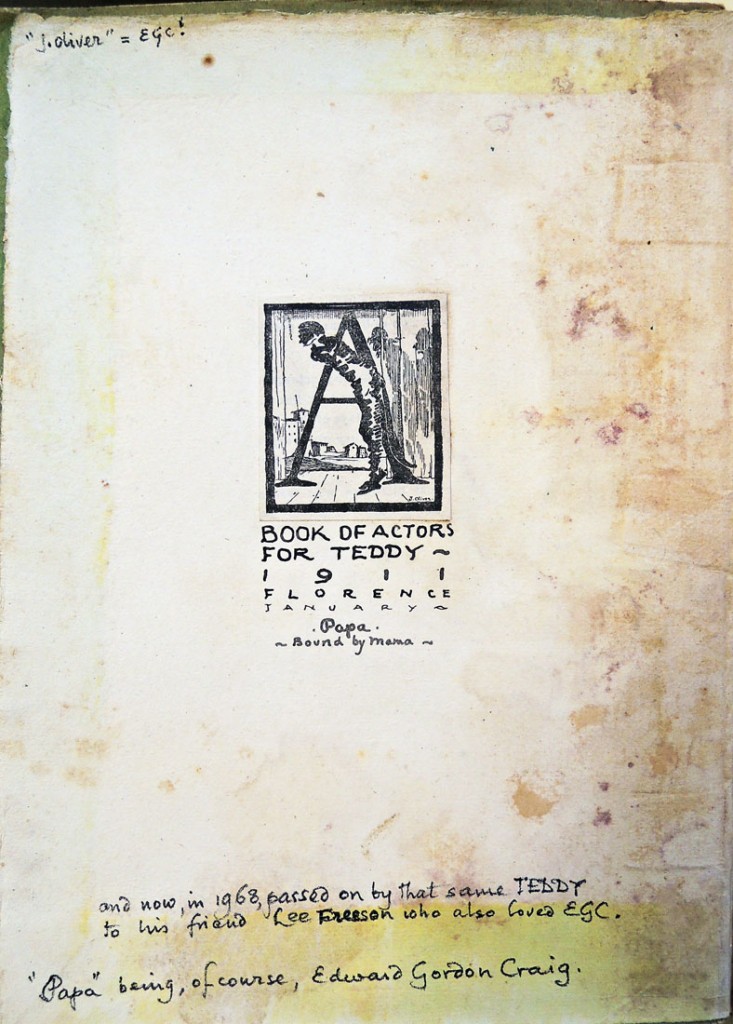 It appears that Craig had been working on this for some time, as it is inscribed “Papa fecit 1902” in red ink at foot and “PAPA” in black ink below. Mounted on the front pastedown is a plate with the illustrated initial “A” by J.Oliver (EGC), with the title “Book of Actors for Teddy – 1911, Florence, January – Papa. -Bound by Mama-.” In addition, Teddy Craig later wrote “and now, in 1968, passed on by that same TEDDY to his friend Lee Freeson who also loved EGC. ‘Papa’ being, of course, Edward Gordon Craig.”

The actor and bookdealer Lee Freeson (1902-98) helped to compile many theatre libraries in America. He corresponded with Craig, assisting him in his later years by selling some of his significant items to American collections. Freeson also became a close friend of Teddy Craig. 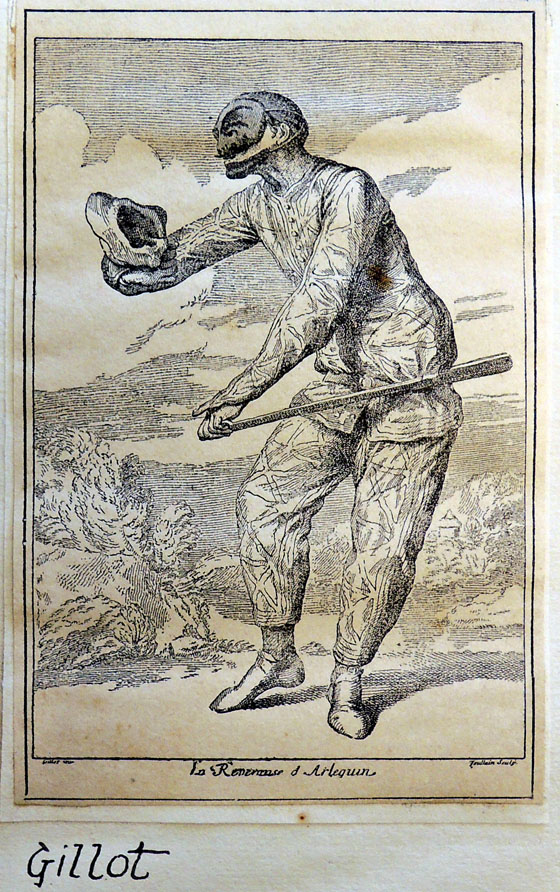 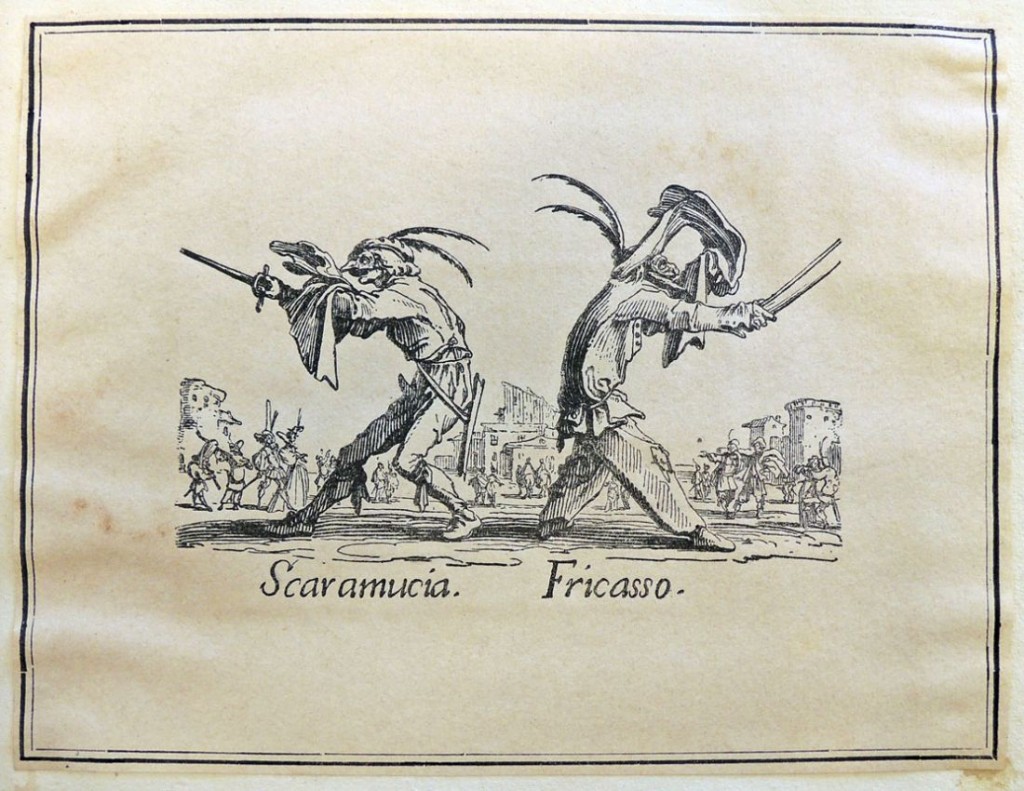 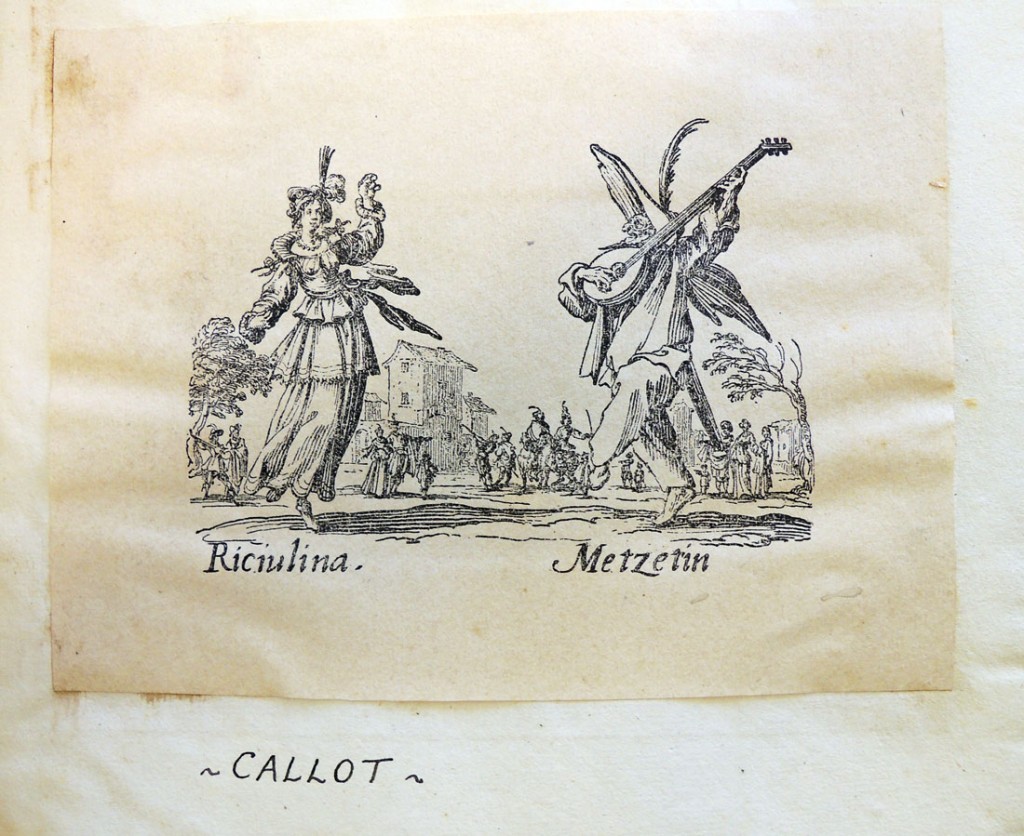 There is another note in Craig’s hand that reads: “The Actors whose pictures are in this book were better actors than those known so well to us as Kean – David Garrick – Kemble – Talma – Le Kain -.”