If you are a lover of British caricature, consider joining your friends in Oxford for James Gillray@200: Caricaturist without a Conscience? on March 28 and 29, 2015, organised by Todd Porterfield, Université de Montréal; Martin Myrone, Tate Britain; and Michael Burden, New College, Oxford; with Ersy Contogouris, Université de Montréal

The two-day symposium is being held to commemorate the 200th anniversary of Gillray’s death, and in conjunction with the Ashmolean Museum’s exhibition, Love Bites: Caricatures of James Gillray, based on New College’s outstanding collection. 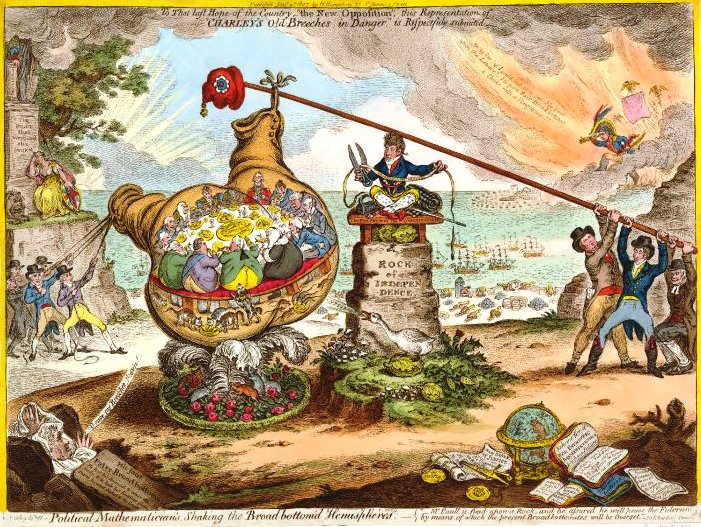 The conference website states: “James Gillray’s reputation in the two centuries since his death has been as varied and layered as his prints. Trained at the Royal Academy, he failed at reproductive printmaking, yet became, according to the late-eighteenth-century Weimar journal London und Paris, one of the greatest European artists of the era. Napoleon, from his exile on St Helena, allegedly remarked that Gillray’s prints did more to run him out of power than all the armies of Europe.

In England, patriots had hired him to propagandize against the French and touted him as a great national voice, but he was an unreliable gun-for-hire. At a large public banquet, during the heat of anti-Revolutionary war fever, he even raised a toast to his fellow artist, the regicide, Jacques-Louis David. Gillray produced a highly individual, highly schooled, and often outlandish body of work with no clear moral compass that undermines the legend of the caricaturist as the voice and heart of the people.” 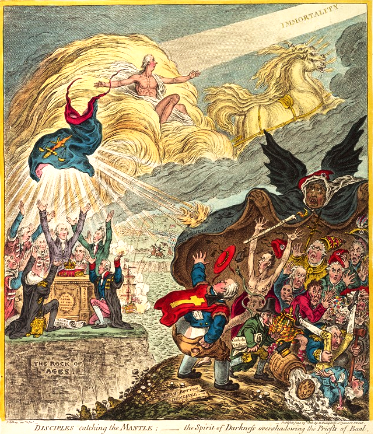 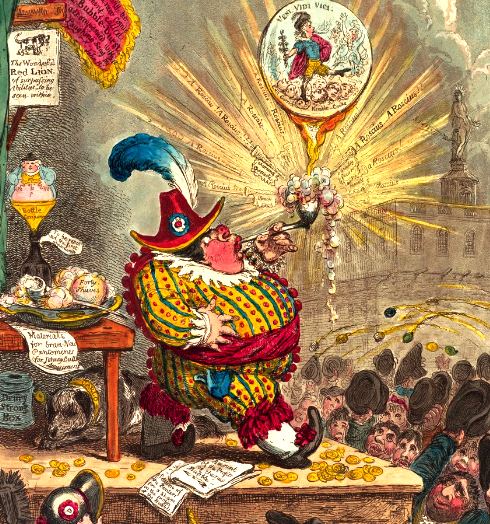