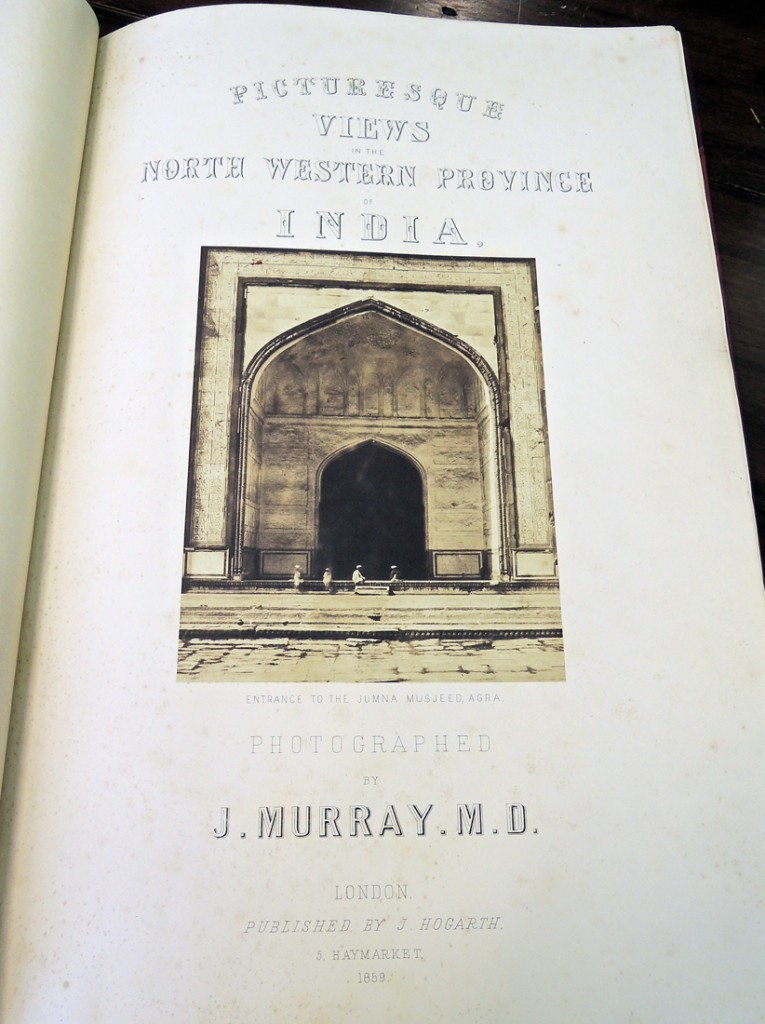 John Murray (1809-1898), Picturesque Views in the North-Western Provinces of India … with Descriptive Letter-press by Major-General J.T. Boileau (London: J. Hogarth, 1859). 12 pp., 26 salted-paper and albumen prints from paper negatives. Rebound in half straight grain red morocco over publisher’s red cloth covered boards. Purchased in part with funds provided by the Friends of the Princeton University Library and the Graphic Arts Collection. GAX 2015- in process 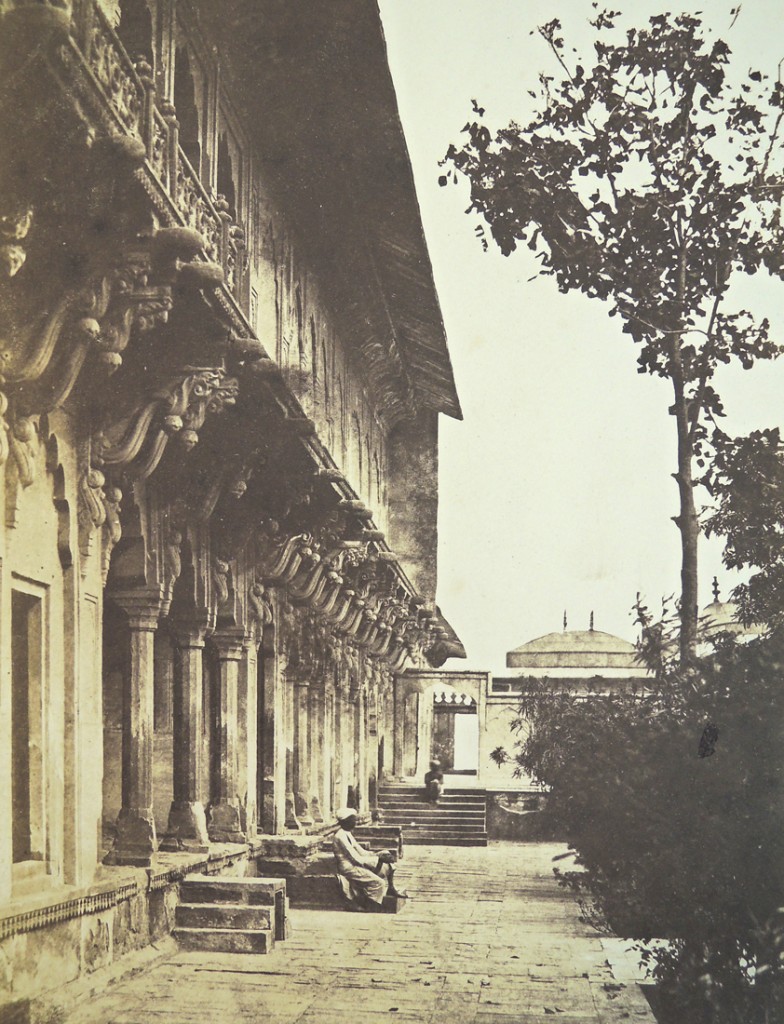 The Graphic Arts Collection is thrilled to have acquired one of the most important publications of nineteenth-century photography in India. We are now the only library in the United States with a complete copy of John Murray’s Picturesque Views in the North-Western Provinces of India. OCLC records other copies at Trinity College Dublin; the British Library; the National Library of Scotland; the Victoria and Albert Museum; and University of Oxford.

This volume includes the best of Murray systematic record of Indian antiquities at four historic sites, including Agra, Mathura, Sikandra, and Fatehpur Sikri. While his views are primarily architectural, they are also populated with figures working and living within these striking settings. In this way, the photographs serve as a living record of India both before and after their first war for Independence, known to the British as the Indian Rebellion of 1857.

The geographic subjects depicted are as follows: Entrance to the Jumna Musjid; East pavilion and part of the Taj Gardens; The Jumma Musjid; Interior of the Delhi Gate of the Fort of Agra; Part of the river face of the fort; North face of the Khas Muhul; East side of the Khas Muhul; The Dewani Khas; A river-side view; Entrance gateway, Etimad-ood Dowlah’s tomb; West Pavilion, Etimad-ood-Dowlah’s tomb; The Cheenee Kee Rozu; Views on the banks of the Jumna; Gateway of the gardens of Secundra; Mausoleum of the Emperor Akbar at Secundra; A Hindoo Mut’h; Enclosure and Gateway at Futehpoor Seekree; Mausoleum of Shekh Suleem Chishtee; and Views at Nynee Tal.

Scottish-born John Murray served as an officer in the Bengal Medical Service, living and working in India from 1833 to 1871. In 1848, Murray was appointed civil surgeon of Agra and for the next 20 years the main focus of his professional life was the fight against cholera. He learned to make calotypes (paper negatives) in 1849, exhibiting with the Bengal Photographic Society in 1857. That year, Murray returned for a brief sojourn in London, where he showed his photographs to publisher J. Hogarth, who agreed to sell both individual prints and in sets. In 1859, Hogarth published the present book containing 26 of Murray’s photographs. 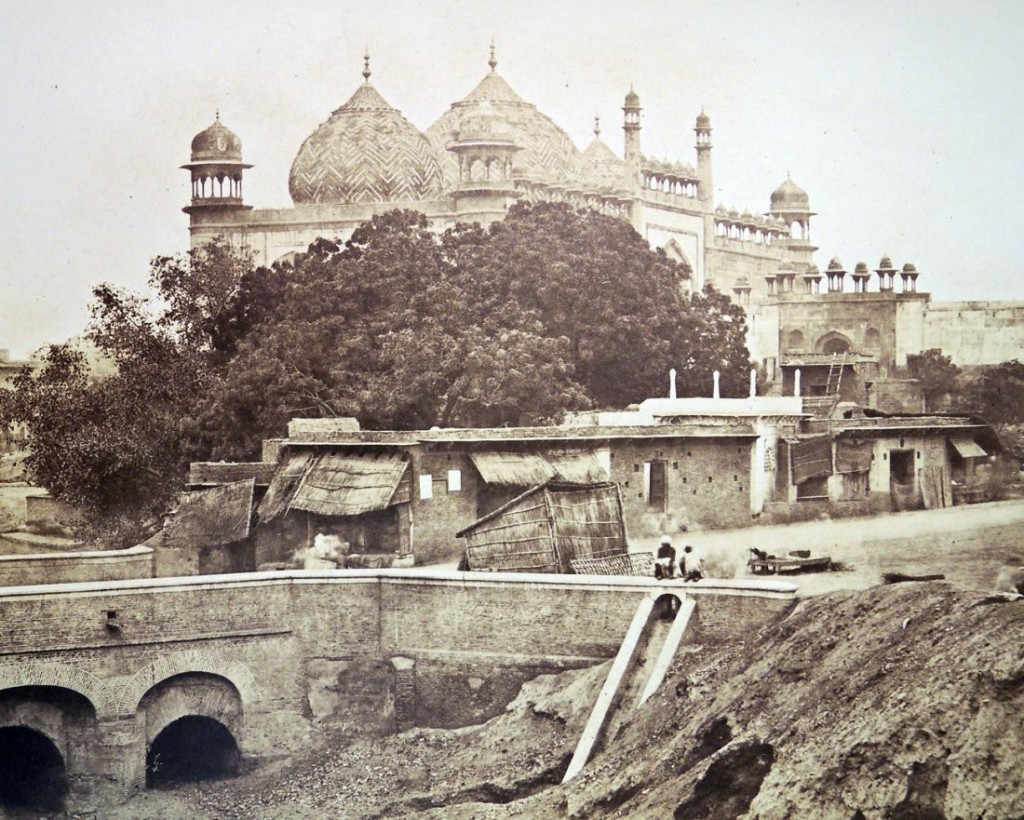 Regarded as one of the greatest of the early British photographers, Murray created extraordinarily large negatives and from them, positive salt and albumen prints, as much as 20 inches in length. The prints are recognized for their artistic quality, their technical prowess, and for their documentation of mid-century Indian architecture, which was the doctor’s other love.

It has been the great demand for Murray’s individual images that has led dealers and collectors to disbind and cut-up copies of this volume, leaving few in their original format, We are happy to preserve the book as Hogarth and Murray conceived of it. 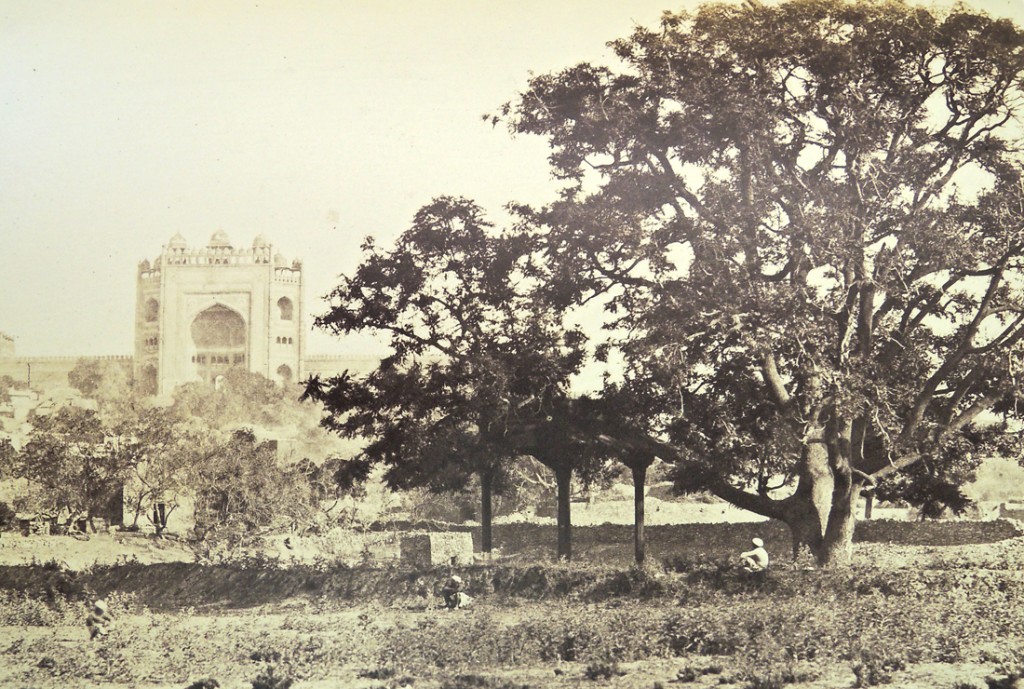 The preliminary text is written by Major General John Theophilus Boileau (1805-1886), who entered military service in the Indian Army in 1820. Boileau rose to the position of Superintend Engineer in the Public Department of Works for the North-West Provinces, at Simla, before retiring with the rank of Major-General. Like Murray, Boileau was also active in British society and was named a fellow of the Royal Society.