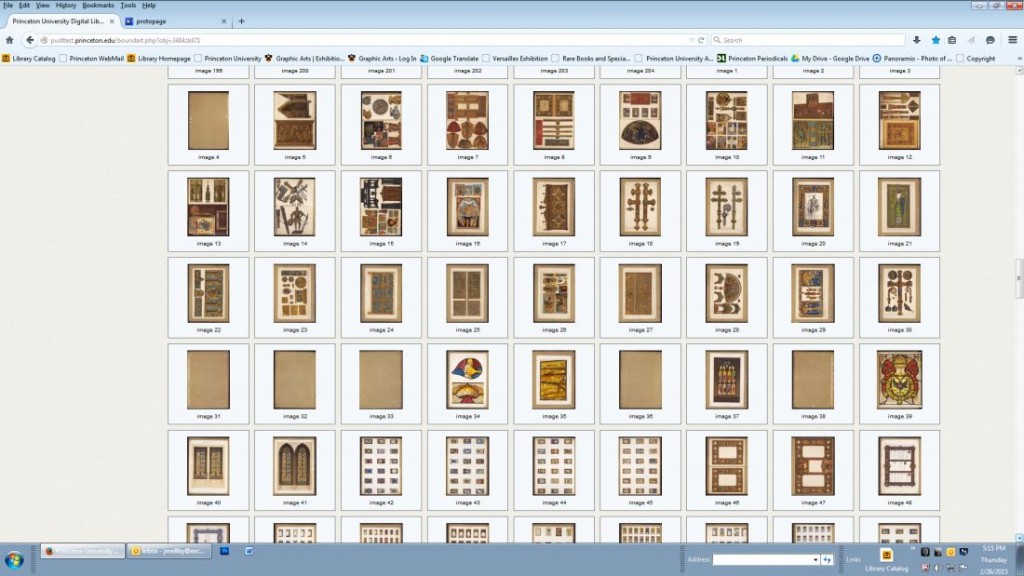 Last summer, we announced the acquisition of three amazing albums filled with chromolithographic proofs and samples from Godefroy Engelmann (1788-1839) and his Société Engelmann père et fils, including examples from both houses in Paris and in London. https://graphicarts.princeton.edu/2014/07/21/archive-of-proofs-and-samples-from-the-societe-engelmann-pere-et-fils-ca-1839/ [old post]

Now, every page with every printing sample has been digitized and made available online to researchers around the world. While we don’t believe there is a chronological sequence within the volumes, the printing for each of their projects is placed together with a blank sheet in between the next project. As we identify the books and commissions represented here, we will add the appropriate indexing terms. 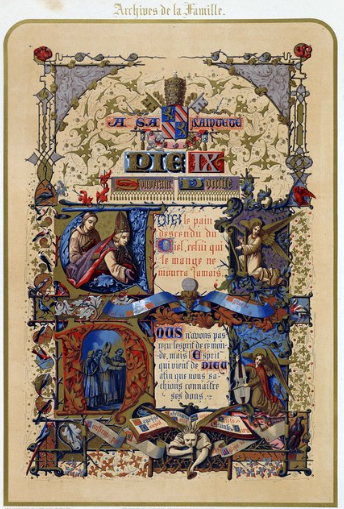 It is our hope that printing and book historians will find this useful and report back to us as the organization of this complex collection becomes apparent. You are welcome to share comments on this page or send them to Princeton directly. 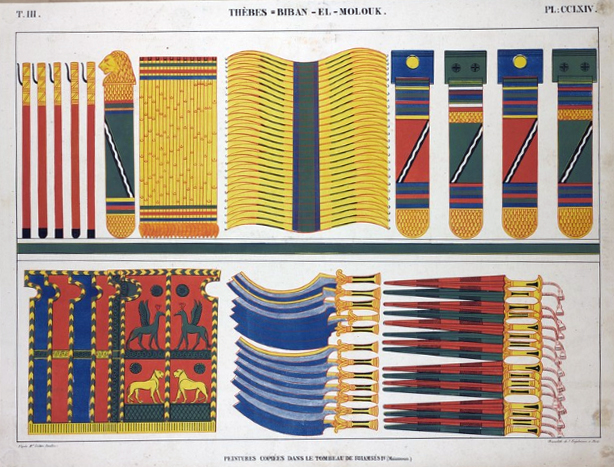 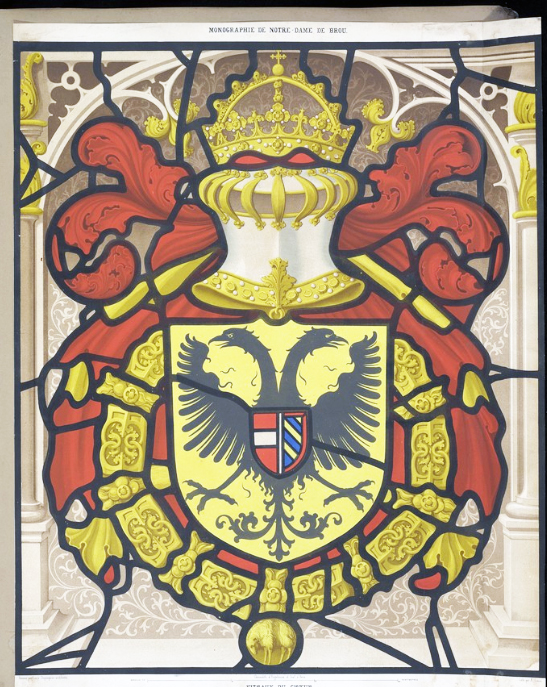 The British Museum identifies Engelmann as: “Lithographic printer, famed ‘Körner’ (grinder) for crayon-lithographs and patentee of chromolithography. Originally from Colmar; trained in Munich; set up press in Paris in June 1816. He improved lithography, particularly by developing lithographic wash in 1819. In 1825 he created a new company in association with Jérémie Graf and Pierre Thierry and named ‘Société Engelmann et Cie’. In 1826 an annex company is founded in London and named ‘Société Engelmann, Graf, Coindet et Cie’, which was dissolved in 1833. Then Engelmann returned to Mulhouse and created the company ‘Société Engelmann, père et fils’.”