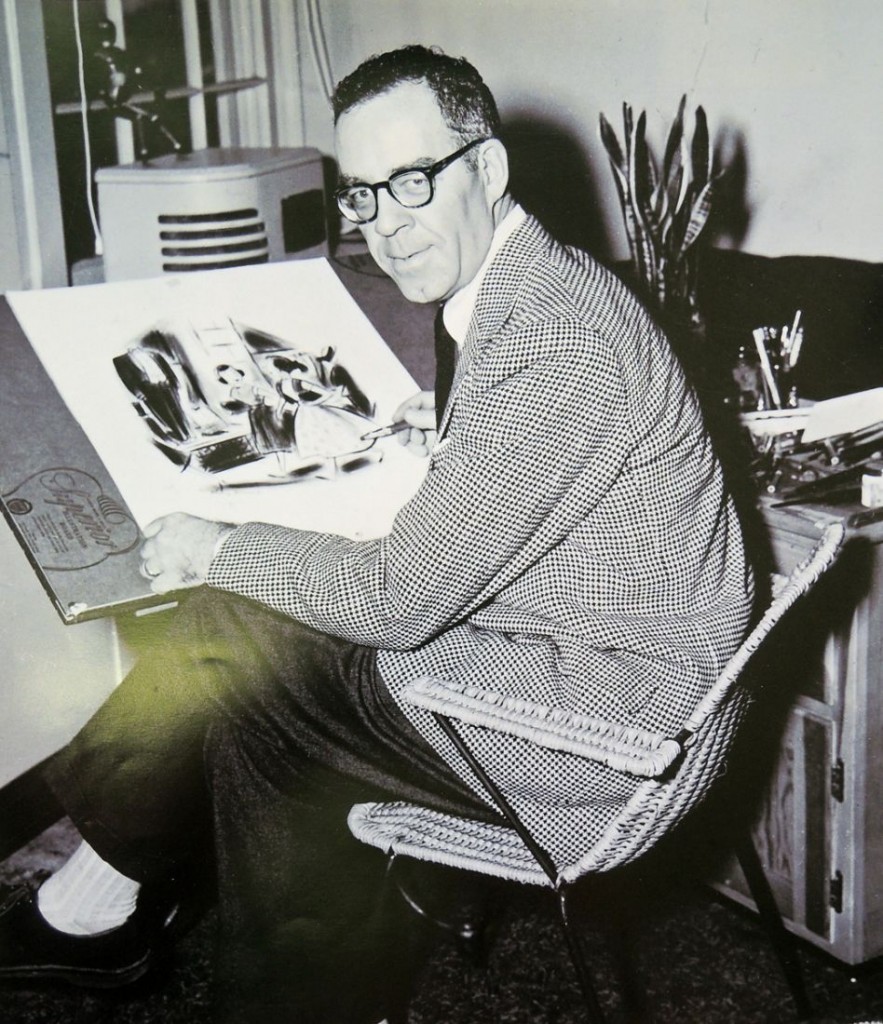 One of the many gifts to the Graphic Arts Collection in 2015 was the generous donation of 20 drawings by Whitney Darrow Jr., Class of 1931, given by his daughter Linda Darrow. 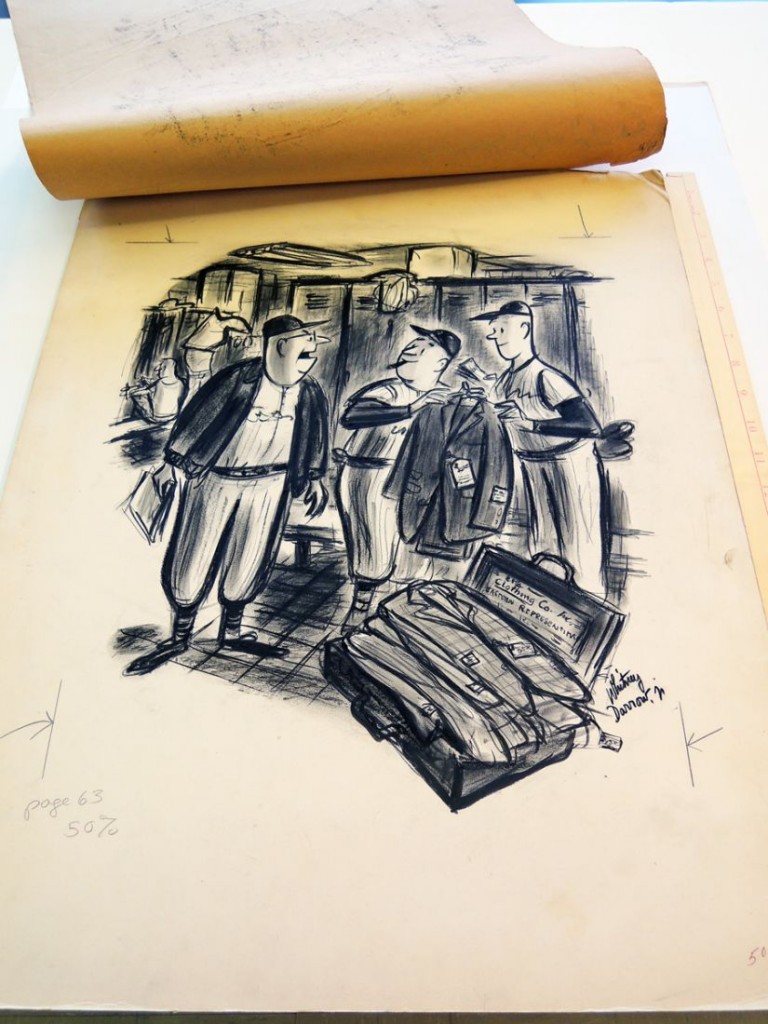 Confound it, Mockridge, let’s forget our off-season job & get our mind back on baseball. 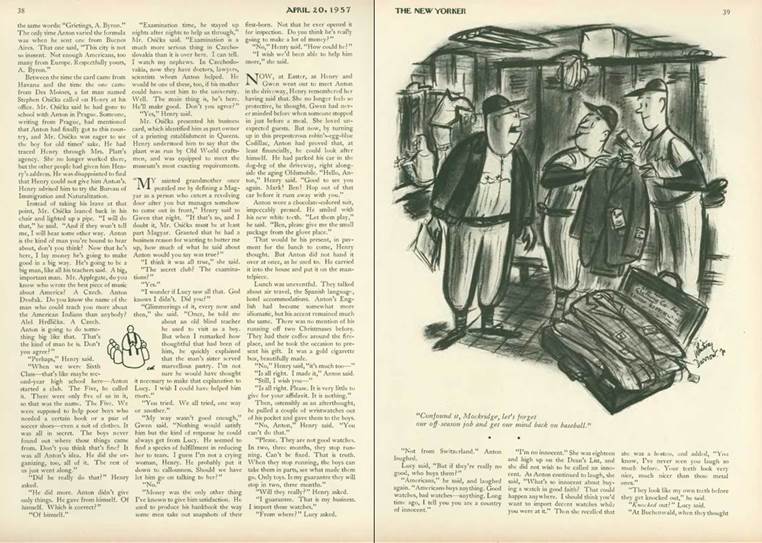 “Mr. Darrow, one of the last of the early New Yorker cartoonists,” wrote Mel Gussow in the artist’s 1999 obituary, “published more than 1,500 cartoons in the magazine from 1933 to 1982. He was considered a master draftsman and, in contrast to some of his colleagues, he wrote his own captions. ‘He was a great creator of comic ideas, and he avoided most of the standard cartoon cliches,’ Lee Lorenz, the former art editor of The New Yorker, said yesterday. Even away from the drawing board, Mr. Darrow was known for his sense of humor and for being shrewdly observant of the contradictions of human behavior.”

“Mr. Darrow was born in Princeton, N.J., where his father was one of the founders of the Princeton University Press. Growing up in Greenwich, Conn., he wrote parodies for his school paper. In 1931 he graduated from Princeton, where he wrote a humorous column for The Daily Princetonian and was art editor of The Princeton Tiger. He thought about being a writer but seemed to move naturally into drawing.”

“He studied with Thomas Hart Benton and other artists at the Art Students League and in his early 20’s began selling cartoons to Judge, Life and College Humor. In 1933, at 24, he made his breakthrough to The New Yorker at a time when, in Mr. Lorenz’s words, the cartoon, at least as The New Yorker was to popularize it, “was still being born.” –Mel Gussow, “Whitney Darrow Jr., 89, Gentle Satirist of Modern Life, Dies,” New York Times, August 12, 1999. 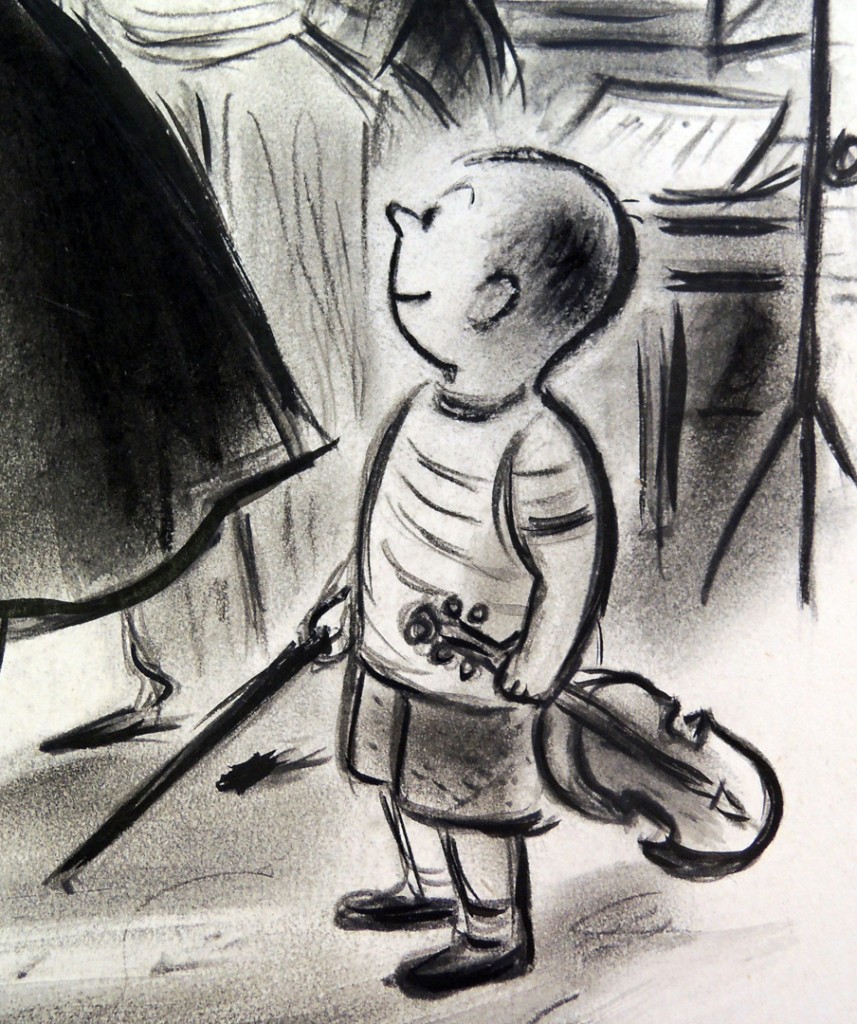 Here are a few samples. 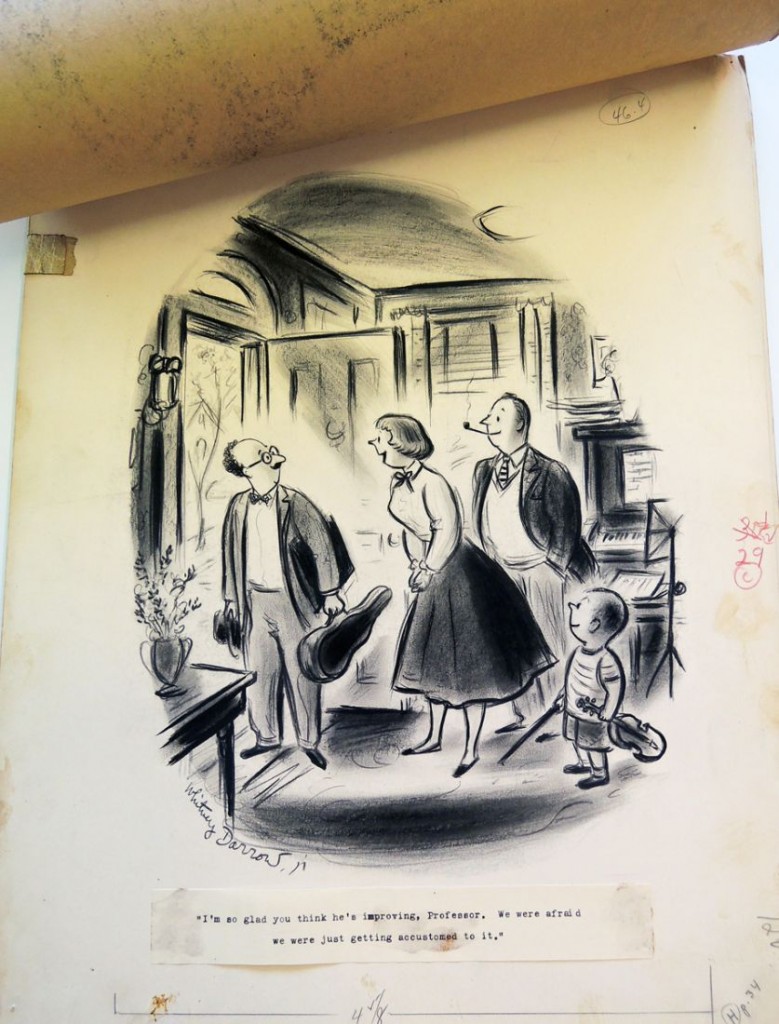 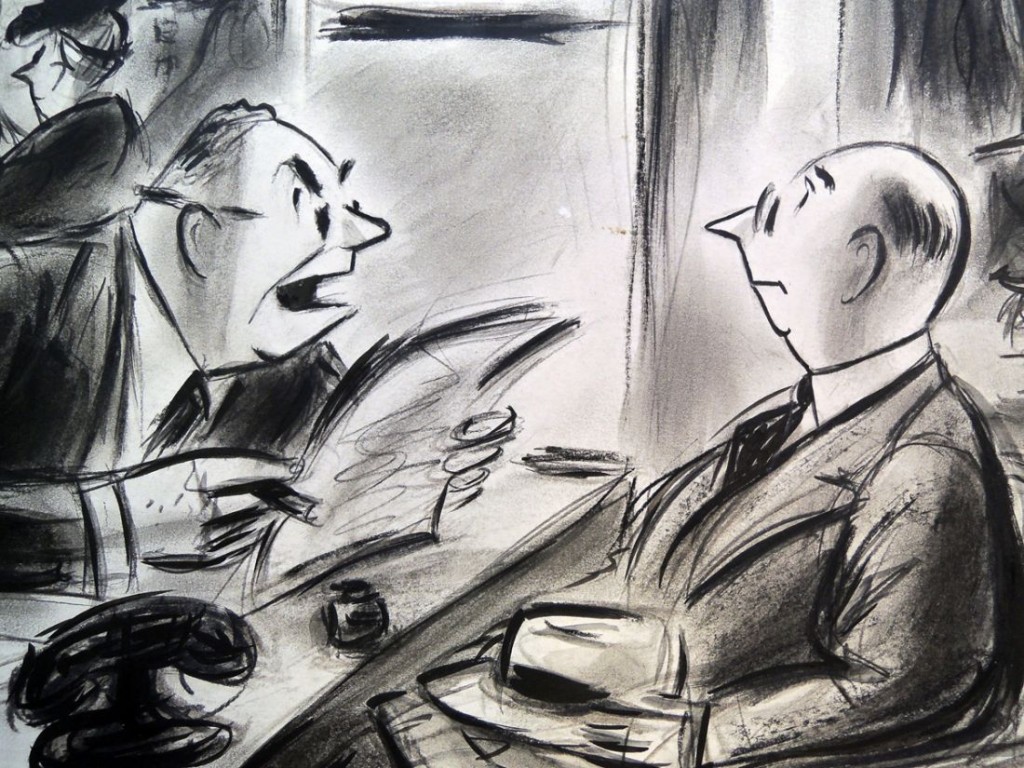 Well, why didn’t you earn what you estimated? 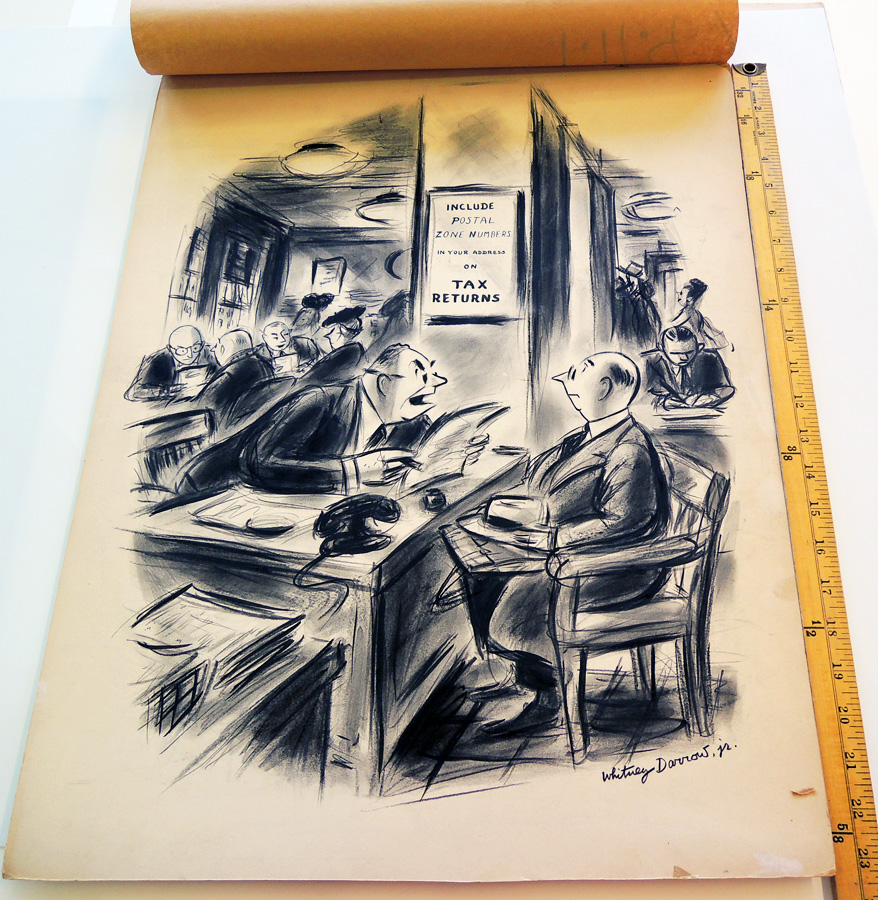