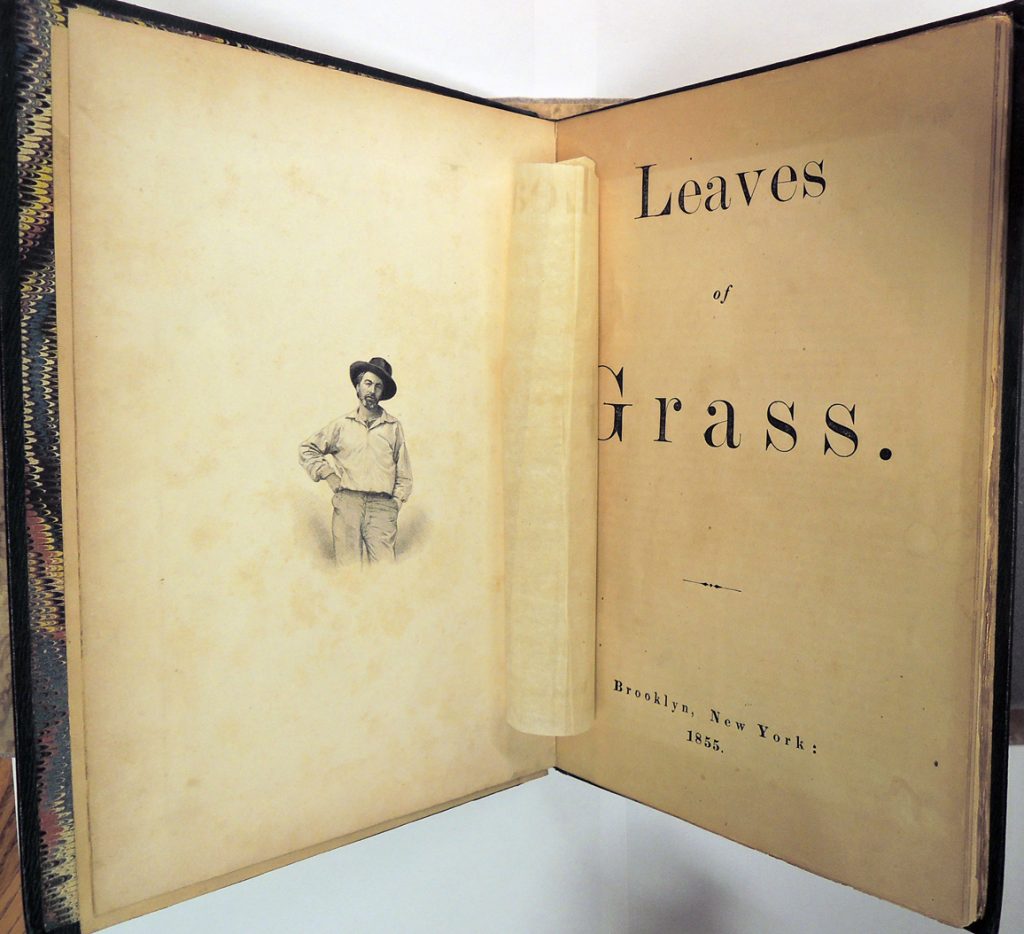 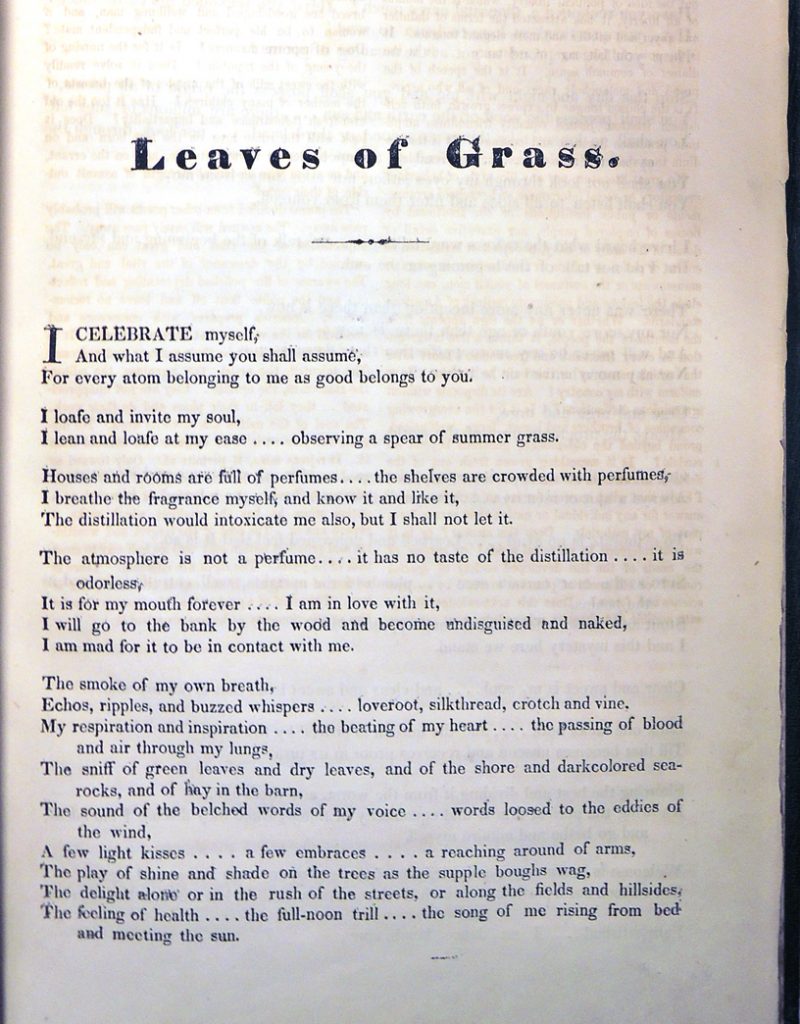 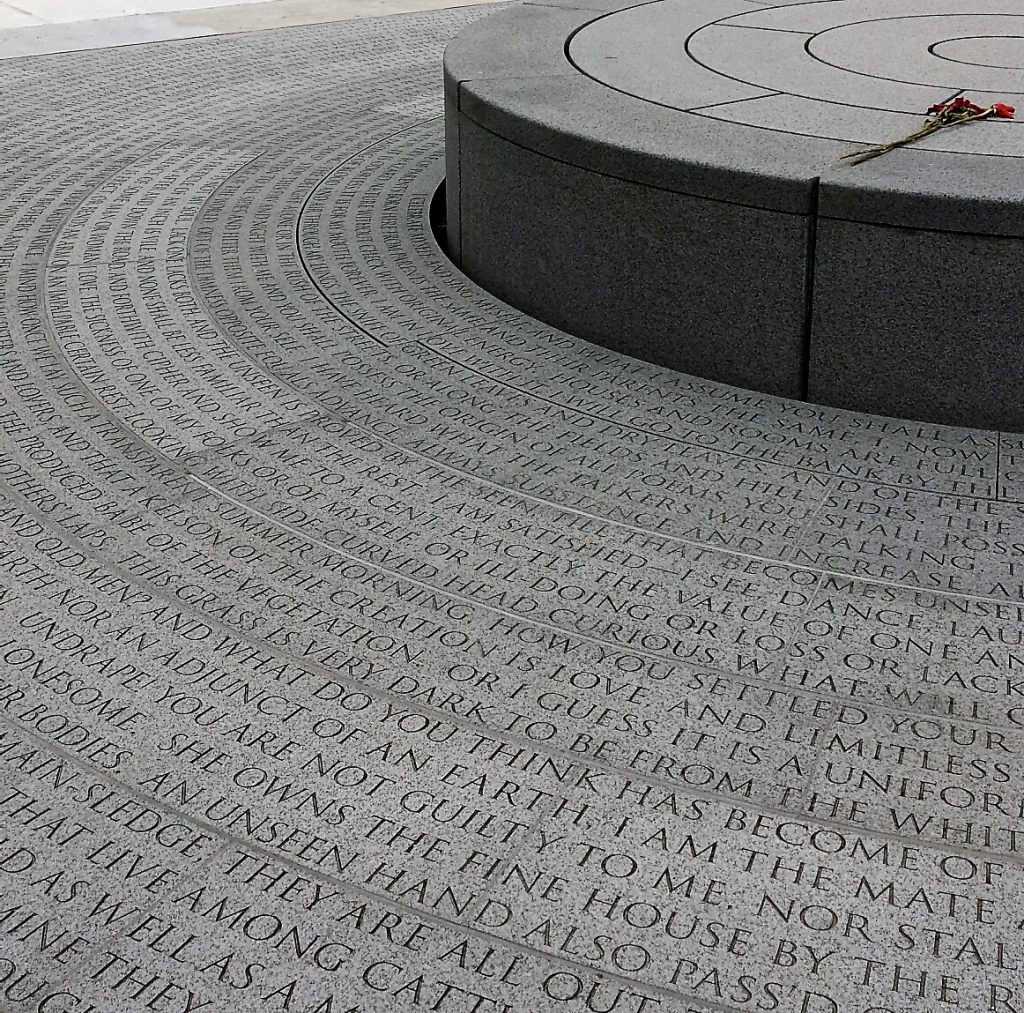 8,992 words from Walt Whitman’s “Song of Myself” spiral outward from a fountain in New York’s newly dedicated AIDS Memorial. Located in St. Vincent’s Triangle, across from the former site of St. Vincent’s Hospital where an AIDS ward opened in 1984, the memorial was designed by Jenny Holzer and will be completed before the end of 2016. http://nycaidsmemorial.org/ 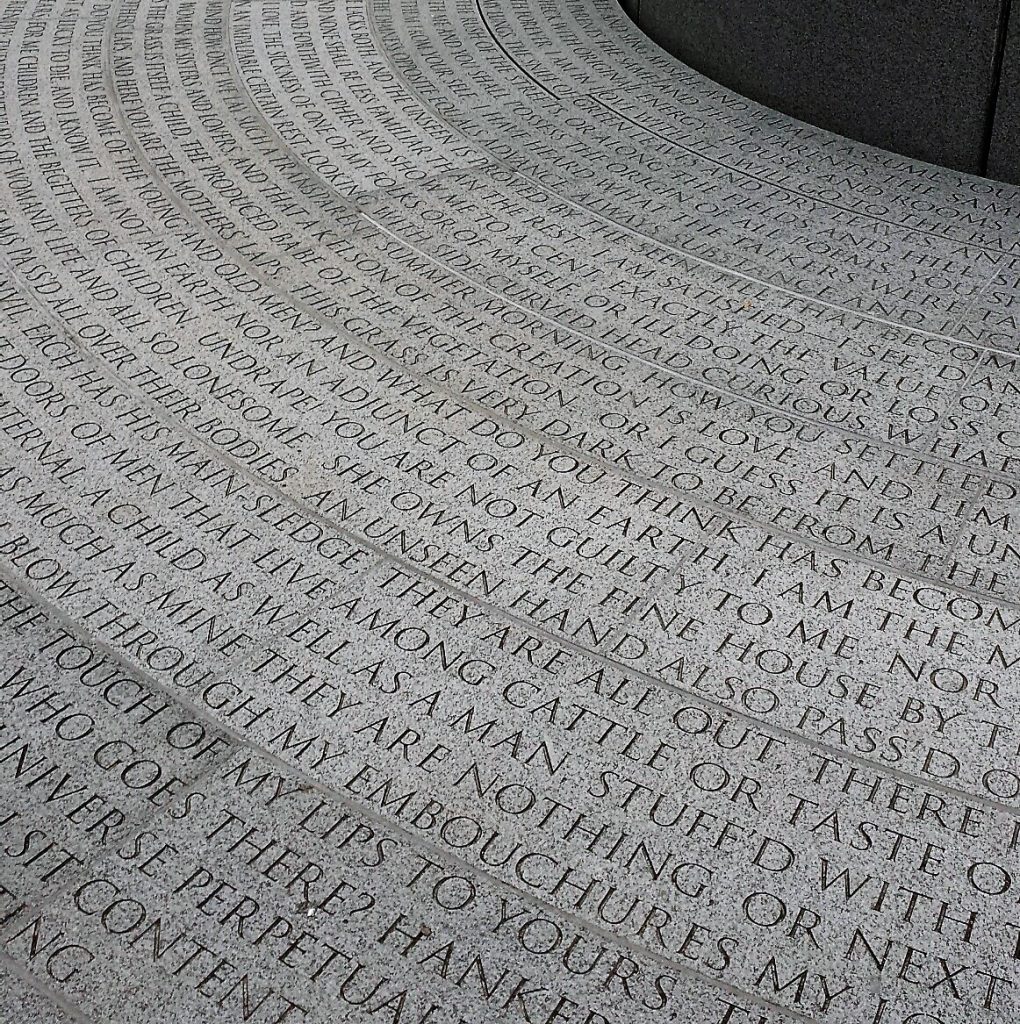 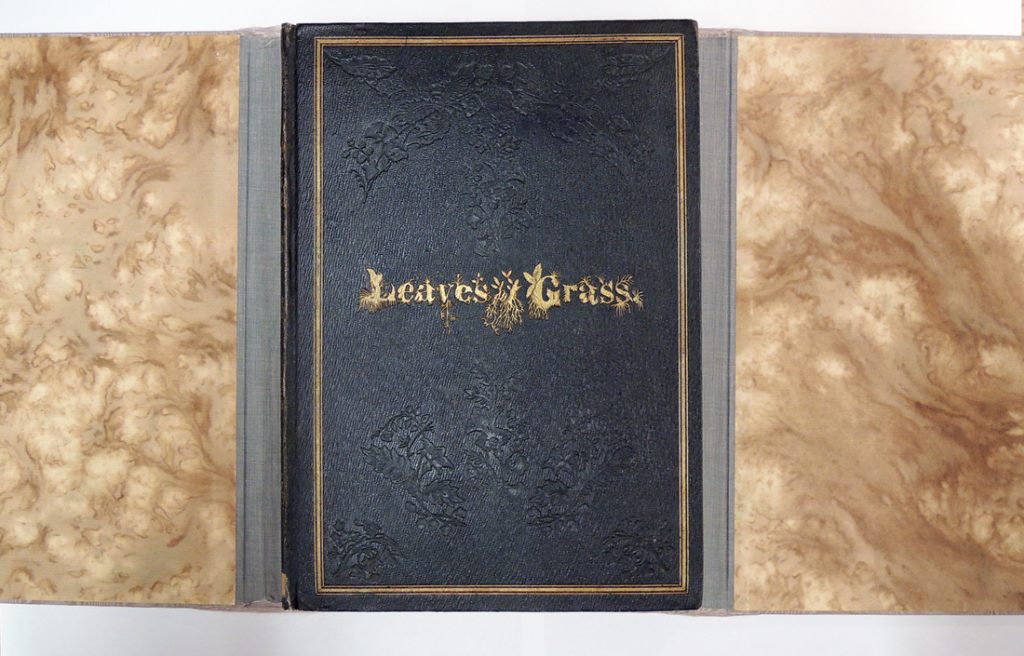 The first Leaves of Grass was put on sale in at least two stores, one in New York and another in Brooklyn, in late June of 1855. Printed in the shop of Andrew Rome of Brooklyn (where Andrew was assisted by his younger brother Tom), the quarto-size volume was designed and published by Whitman himself, who is also believed to have set the type for a few of its 95 pages. As William White has shown, 795 copies were printed in all, 599 of which were bound in cloth with varying degrees of gilt, the rest of them in paper or boards. A recent census of extant copies of the first edition reveals that nearly 200 copies survive today. Ivan Marki, “Leaves of Grass, 1855 edition,” in J.R. LeMaster and Donald D. Kummings, eds., Walt Whitman: An Encyclopedia (New York: Garland Publishing, 1998). 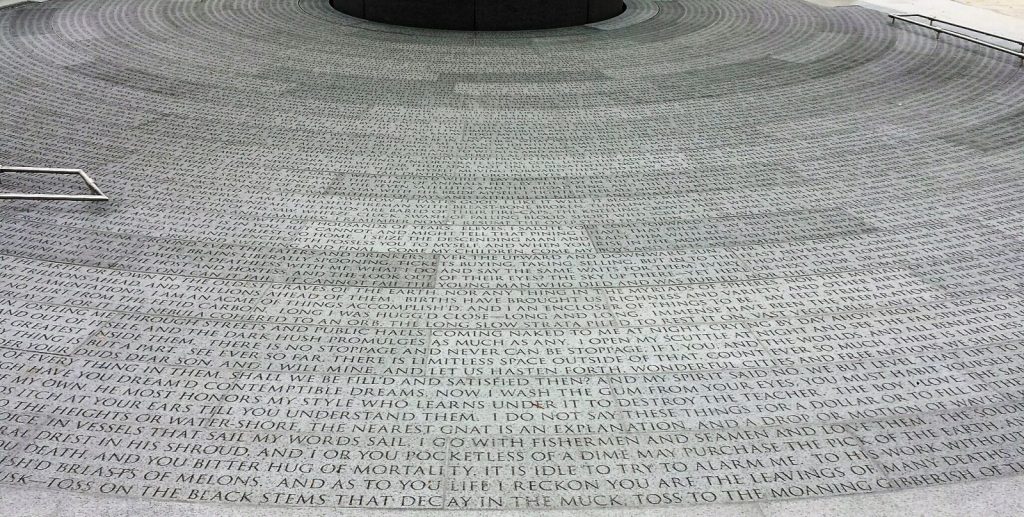 I CELEBRATE myself, and sing myself,
And what I assume you shall assume,
For every atom belonging to me as good belongs to you.

I loafe and invite my soul,
I lean and loafe at my ease observing a spear of summer grass.

My tongue, every atom of my blood, form’d from this soil, this air,
Born here of parents born here from parents the same, and their parents the same,
I, now thirty-seven years old in perfect health begin,
Hoping to cease not till death.

Creeds and schools in abeyance,
Retiring back a while sufficed at what they are, but never forgotten,
I harbor for good or bad, I permit to speak at every hazard,
Nature without check with original energy.