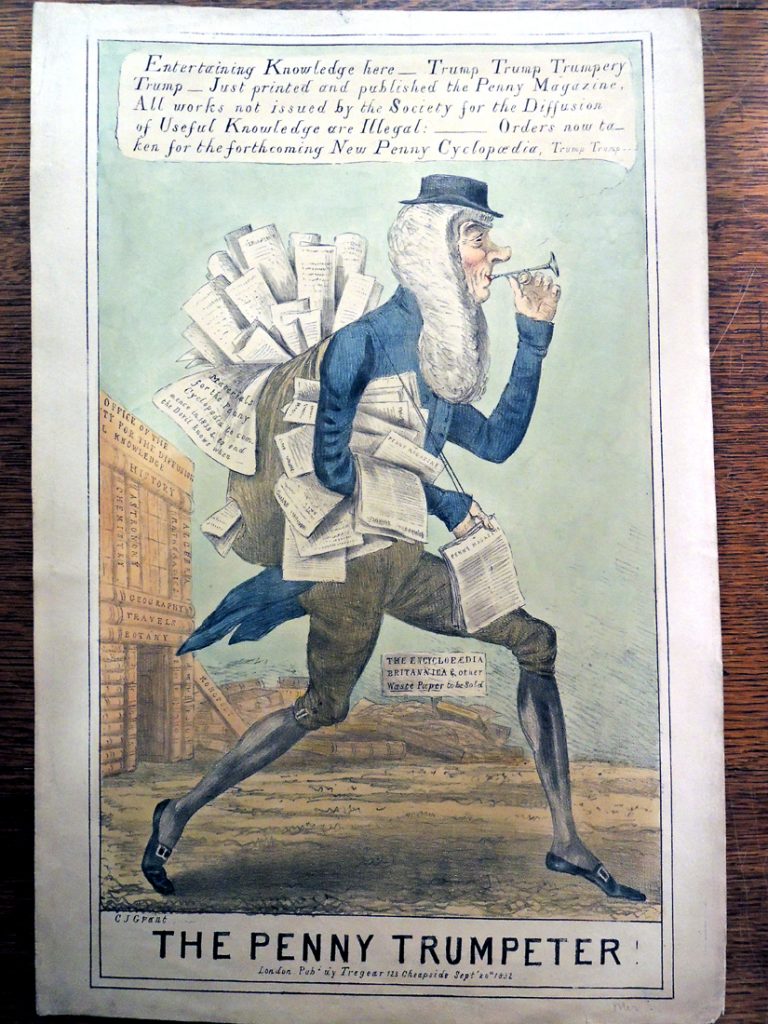 The subject of C. J. Grant’s print is Henry Peter Brougham (1778-1868), satirized as a newsboy blowing a small trumpet to publicize his Penny Magazine. Lord Brougham was responsible for establishing the Society for the Diffusion of Useful Knowledge and through it, publishing numerous booklets and magazines with generic information for a mass audience. Complex histories or scientific theories were reduced to overly simplistic articles of little value except entertainment, a genre that became known as Trumpery. 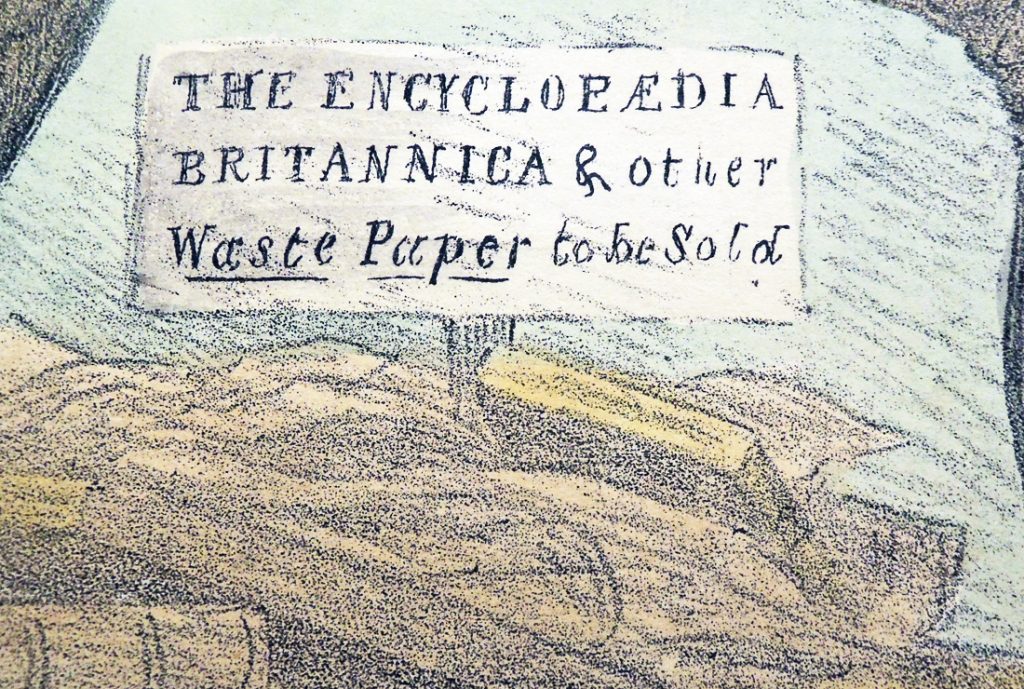 The Penny Magazine appeared in March 1832 and by September, Grant was already satirizing its bland articles illustrated with black and white wood engravings printed from cheap stereoscopic plates. In his own work, Grant specialized in bright, hand colored lithographs, deliberately radical in their politics. Here he trumpets “Entertaining Knowledge here—Trump Trump Trumpery Trump—Just printed and published the Penny Magazine, All works not issued by the Society for the Diffusion of Useful Knowledge are Illegal—Orders now taken for the forthcoming New Penny Cyclopaedia, Trump Trump.” 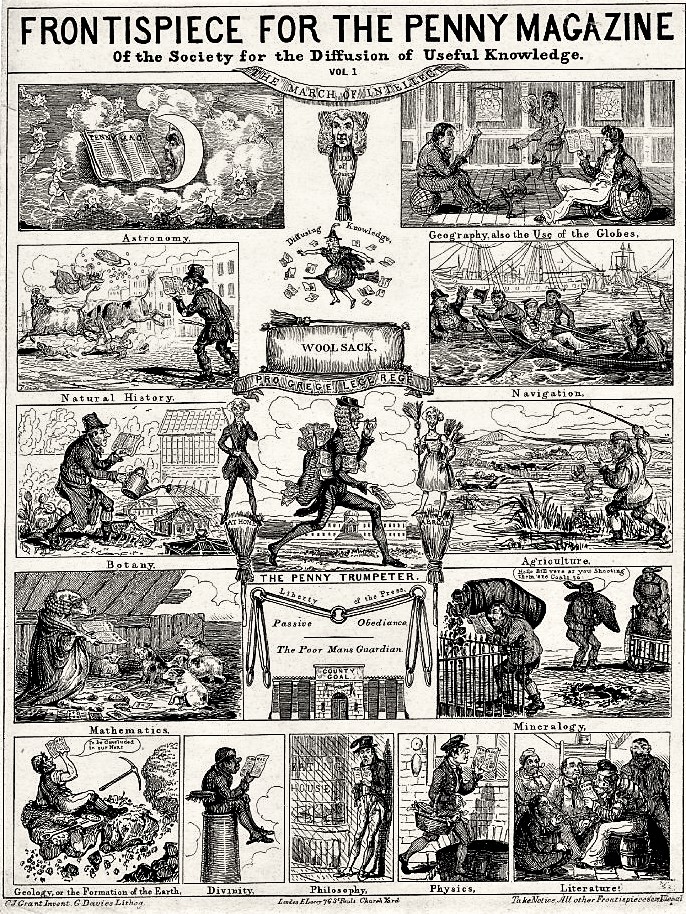 Grant’s Penny Trumpeter also appeared in one of his mock frontispieces for the magazine (the British Museum holds two versions of the broadsides), with multiple vignettes criticizing Brougham and his publication. 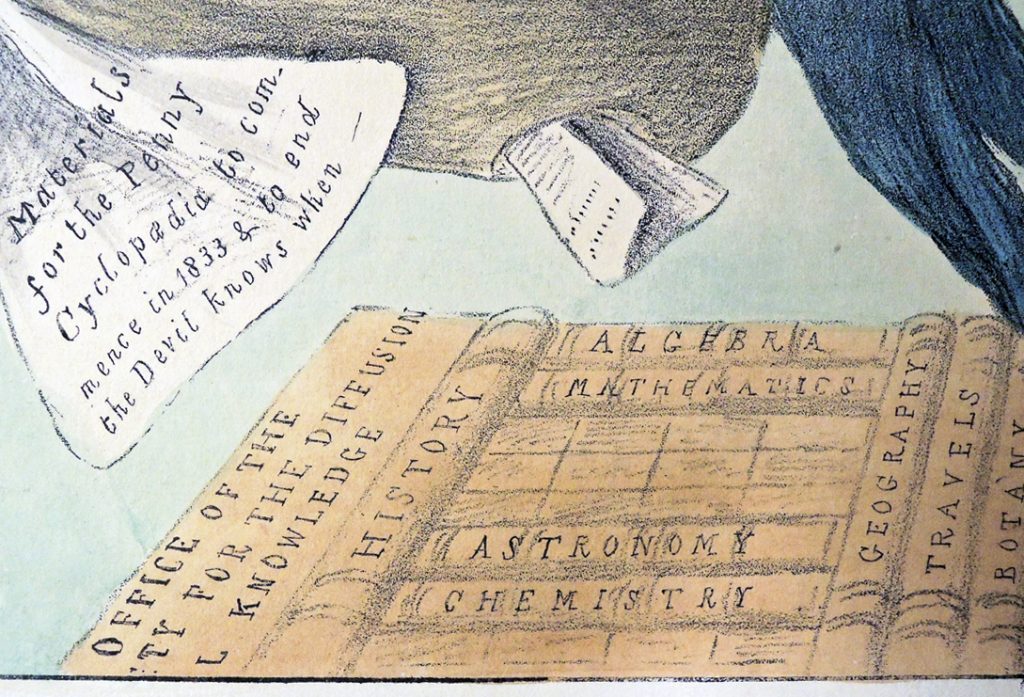 Mark Peters wrote about the history of the word Trumpery for Salon: http://www.salon.com/2016/03/05/trump_really_does_stand_for_b_s_trumpery_an_old_fashioned_word_thats_proving_useful_today/