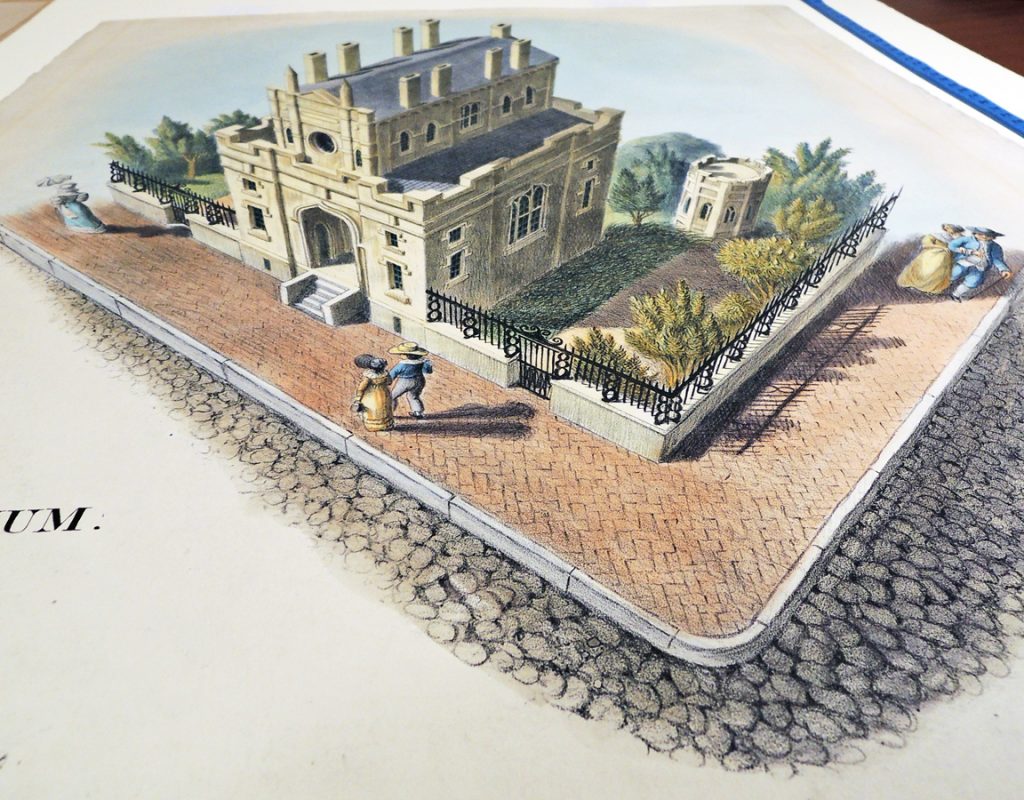 Before the advent of 3D glasses, print collectors enjoyed optical views like this one to experience the world in more dimension than the usual flat image. This print was to be laid on a flat table and each viewer meant to put their chin on the bottom center so as to see the building at an extreme angle. This is one version of anamorphosis, sometimes also designed to be viewed in a circular reflection. 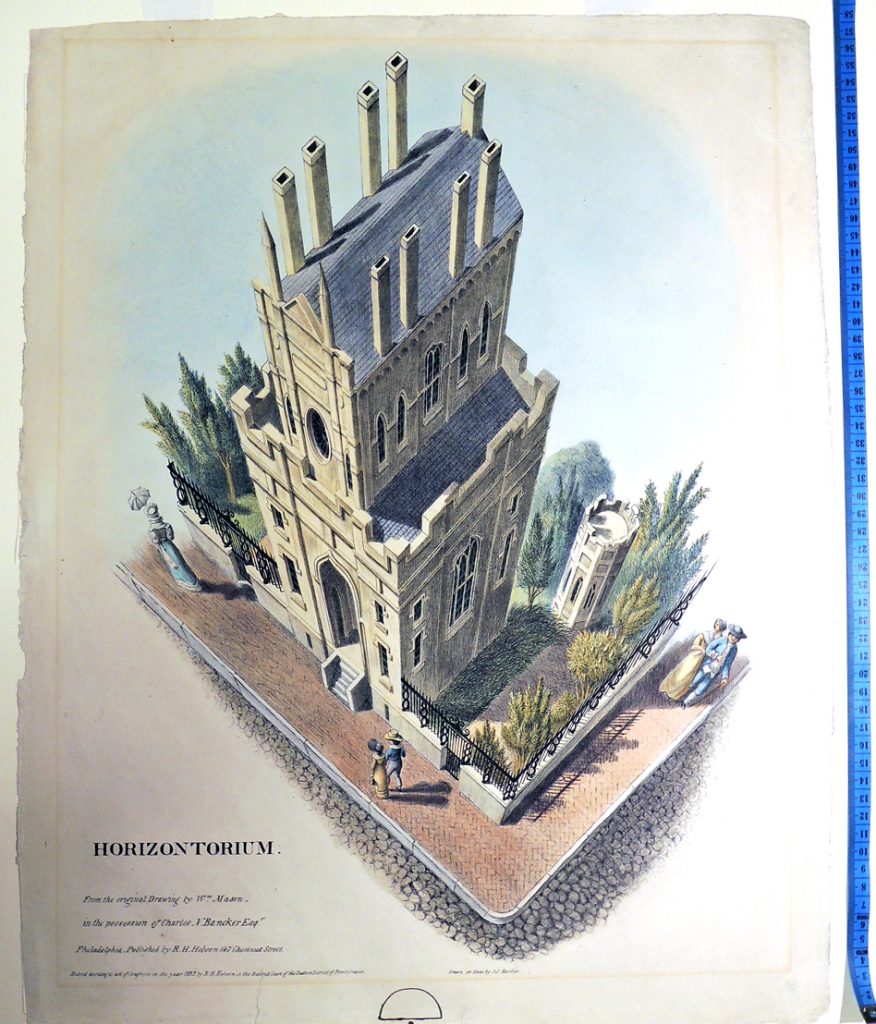 Note the spot for your chin, if you want optimal 3D viewing.

The building seen here has been identified as the Gothic-style bank erected in 1808 after the designs of Benjamin Henry Latrobe at the southwest corner of Fourth and Chestnut streets in Philadelphia. The Philadelphia Bank or Bank of Philadelphia (predecessor of the Philadelphia National Bank), was formed in 1803 and incorporated in 1804 as the unofficial bank of the commonwealth. Unfortunately the building was lost in 1836, not long after this print was made.

A letter in St. Nicholas magazine, v. 6 (October 1879) p.844, suggests that “a good way to look at this picture is to take a piece of card-board, about three inches long, and bend the bottom of it, in the manner shown in this diagram. Two holes should be made in the card, and the one in the lower bent portion should be so placed that the point of sight can be seen through it. The hole in the upright portion should be 2 inches from the bottom, or the angle formed by the bent part. Through this upper hole the picture should be viewed, when all its peculiar perspective—or, rather, want of perspective—will disappear.” Read the entire piece in GoogleBooks: https://books.google.com/books?id=jqYzAQAAMAAJ&pg=PA844&dq=horizontorium+philadelphia&hl=en&sa=X&ved=0ahUKEwjfksD87abRAhUBVCYKHZj-B4UQ6AEINDAF#v=onepage&q=horizontorium%20philadelphia&f=false