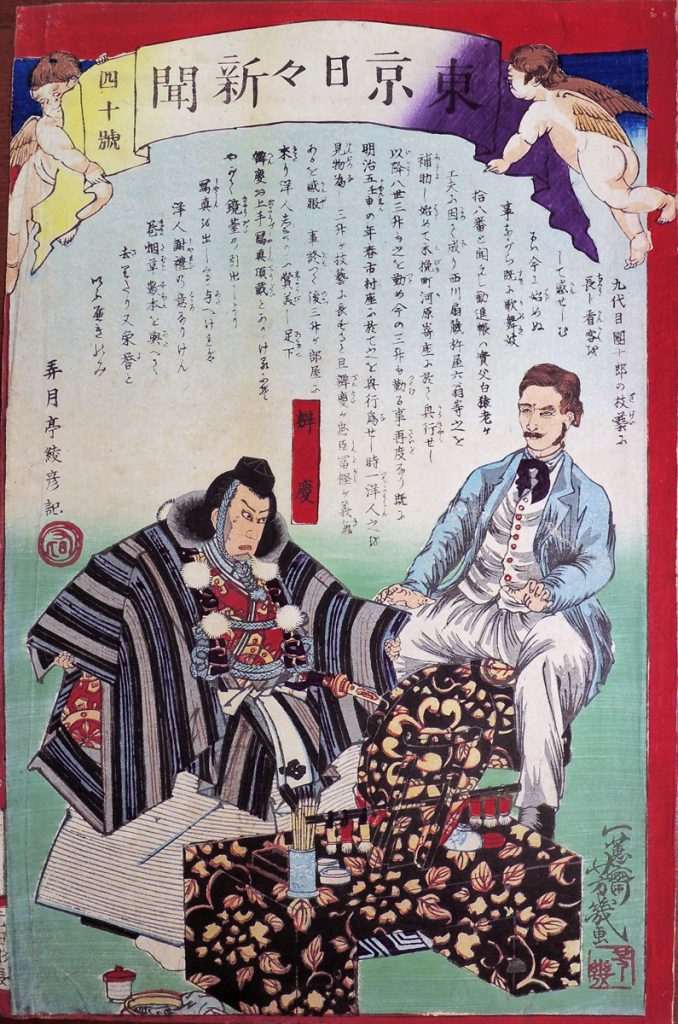 “Utagawa Yoshiiku was a Japanese printmaker and illustrator. As a printmaker, he designed a wide range of prints including those depicting bijin (beautiful women), musha (warriors), yakusha (actors), and the sensationalized pictures of blood-stained mayhem called chimidoro-e and muzan-e, among others. From 1874 to 1875 he designed nishiki-e shinbun for the Tokyo newspaper Nichinichi Shimbun, which he co-founded.”

One of the prints Yoshiiku designed for his newspaper was this meeting of the renowned Kabuki actor, Ichikawa Danjuro IX (1838-1903) and the Italian-born photographer, Adolfo Farsari (1841-1898).

According to the Japanese text, in May 1872 an unidentified “yojin” (“ocean person”) visited Danjuro IX backstage and asked to photograph the actor in exchange for some European cigarettes.

The Westerner, not identified in the text, was almost certainly Adolfo Farsari, who took up residence in Japan in the early 1870s and became one of the most prominent photographers in the country. 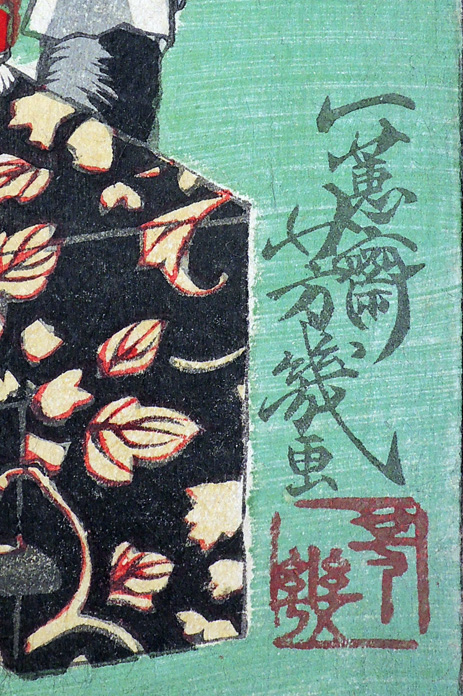 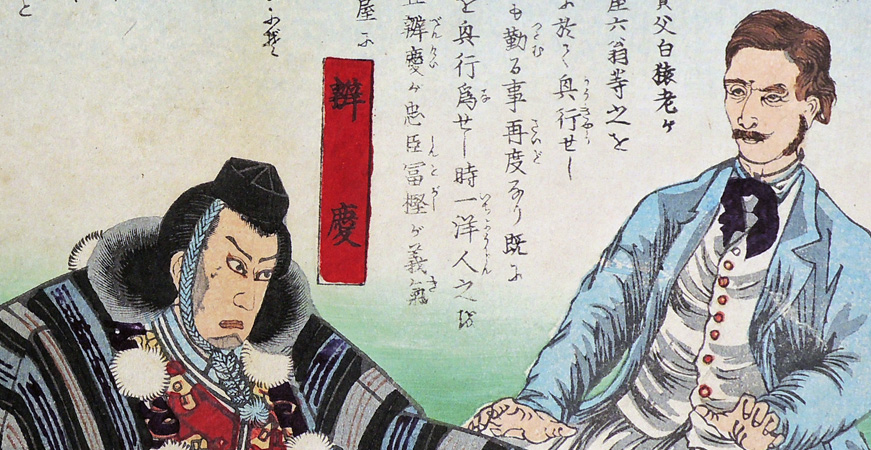