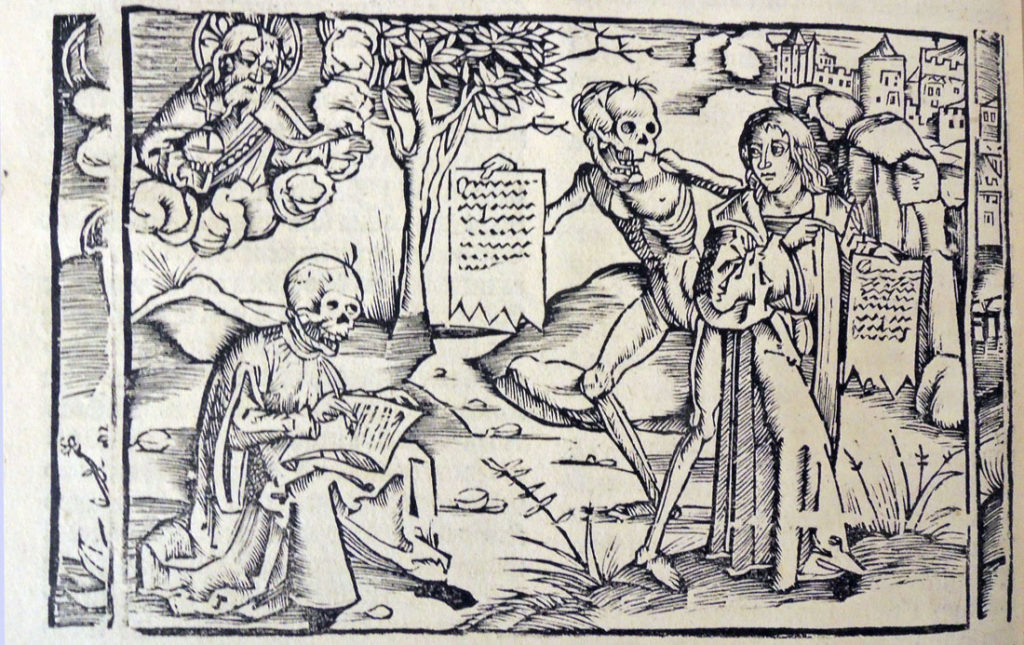 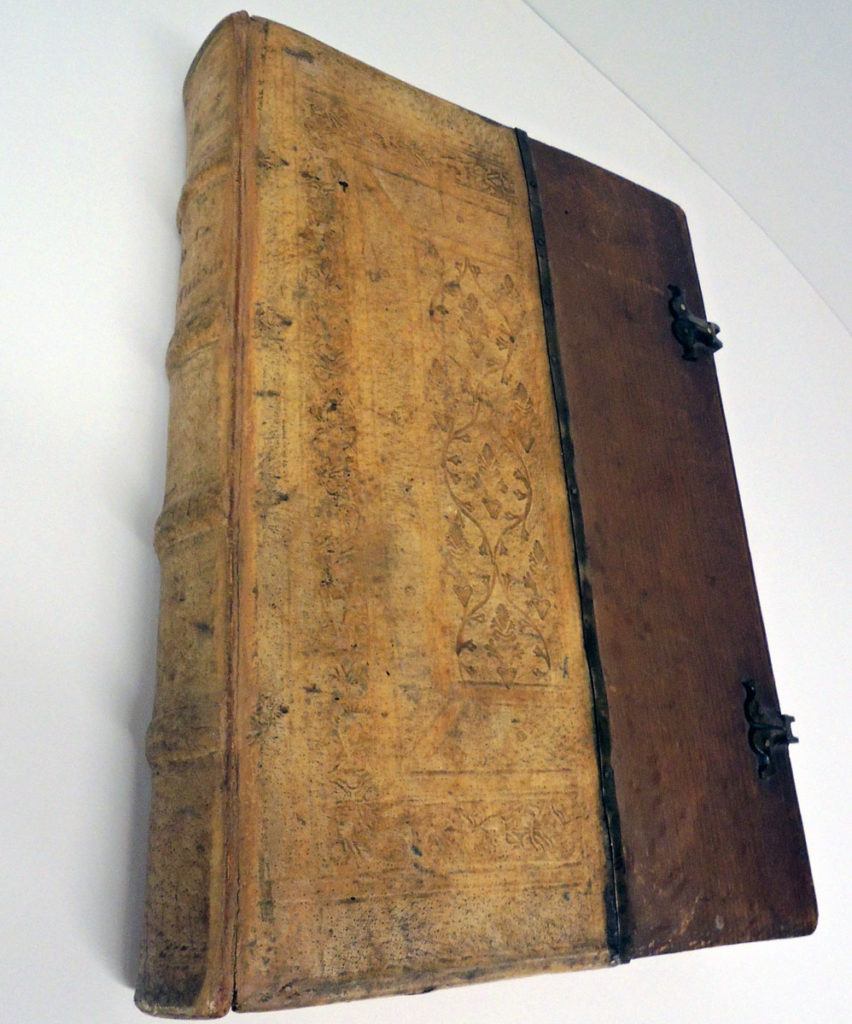 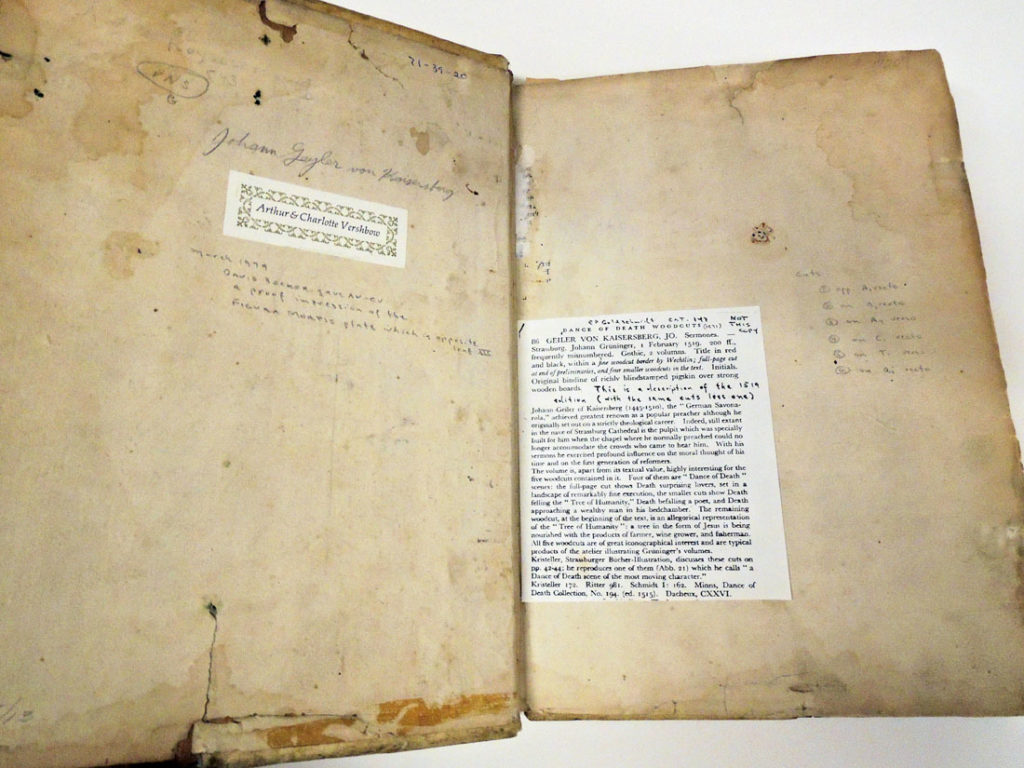 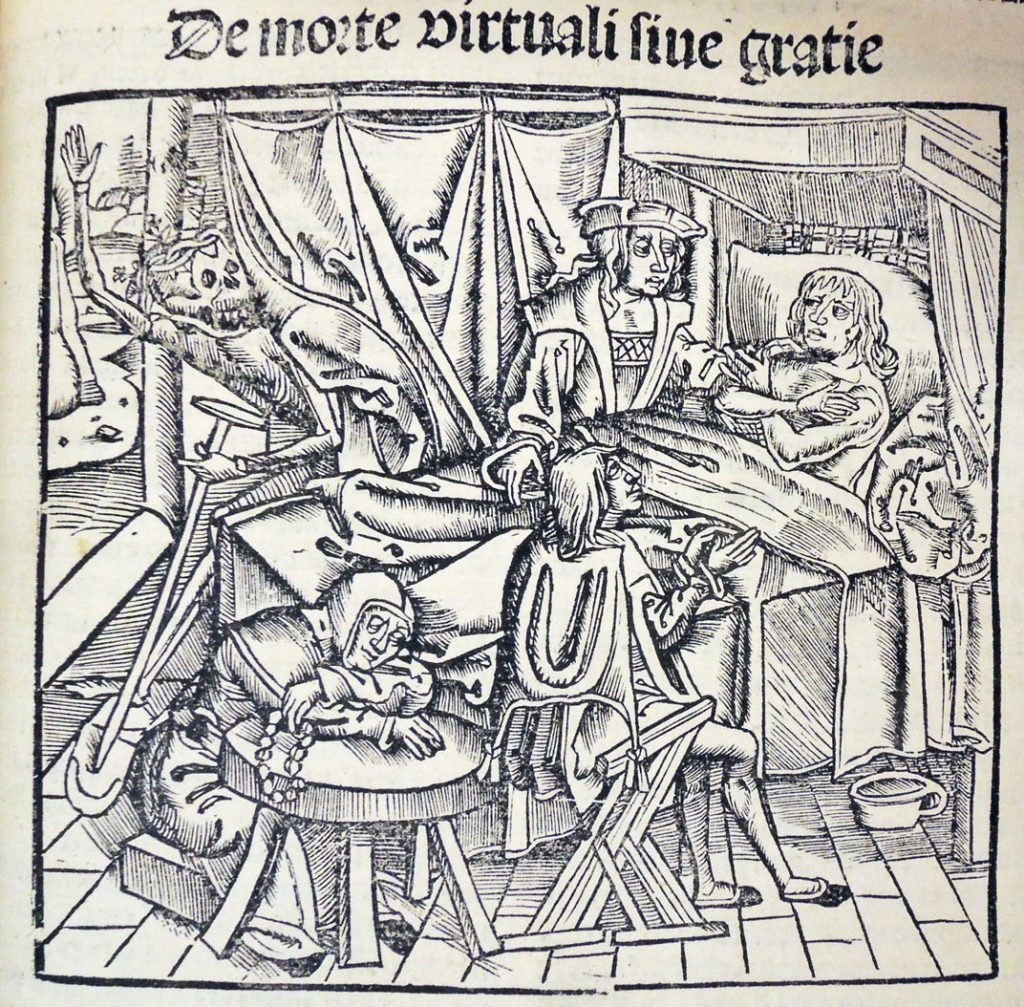 The Graphic Arts Collection recently acquired one of several issues of the second edition of Geiler’s sermons, illustrated with the same unusual set of woodcuts representing danse macabre subjects that appeared in the first edition of 1514. Geiler, sometimes called the German Savonarola, was a “preacher at the Strassburg cathedral, who attracted huge audiences while advocating reform. Inspired by the ideals of humanism, Geiler composed and delivered sermons that were at once learned and passionate, and above all, accessible to a broad audience.” Carlos M.N. Eire, Reformations: The Early Modern World, 1450-1650 (2016). 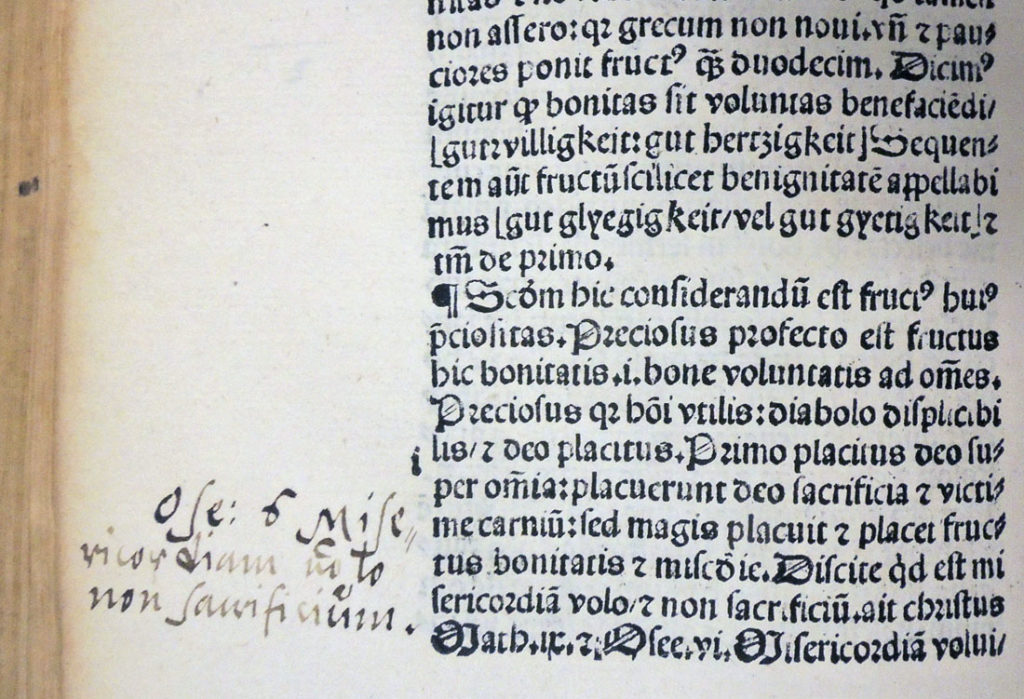 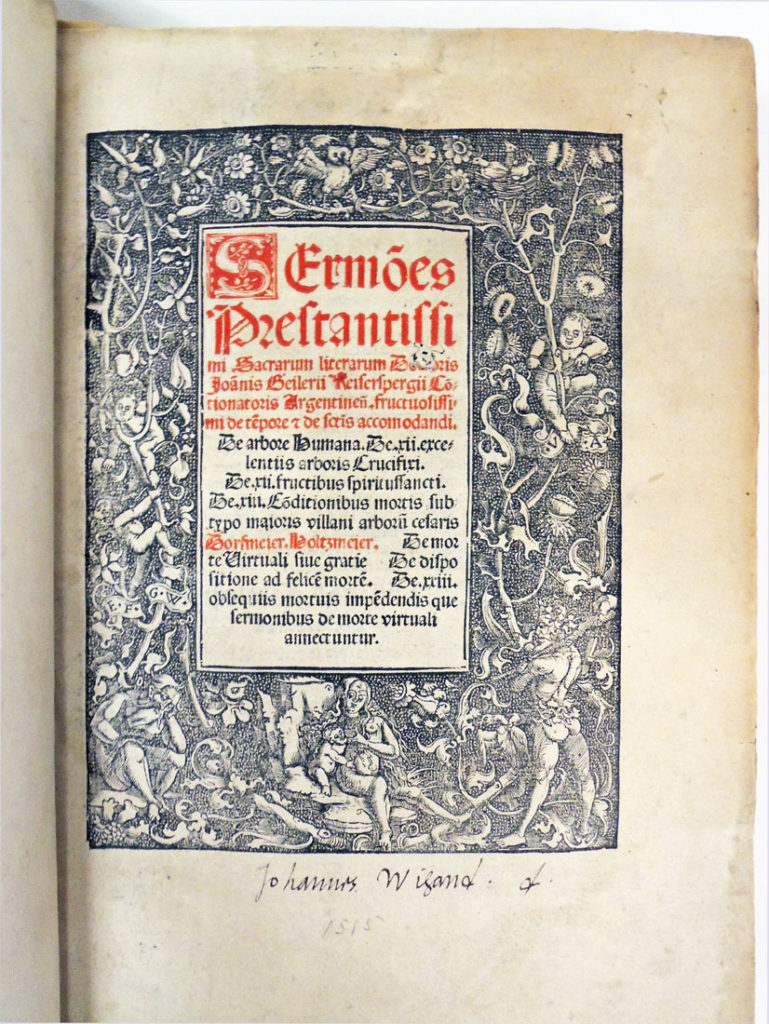 The title page is printed in the dotted manner or manière criblée or Schrotblatt, a technique found in Germany and France in the late 15th and early 16th centuries, in which the design is created from punches or stamps on a metal plate. Seven woodcuts and numerous woodcut initials also decorate the book. 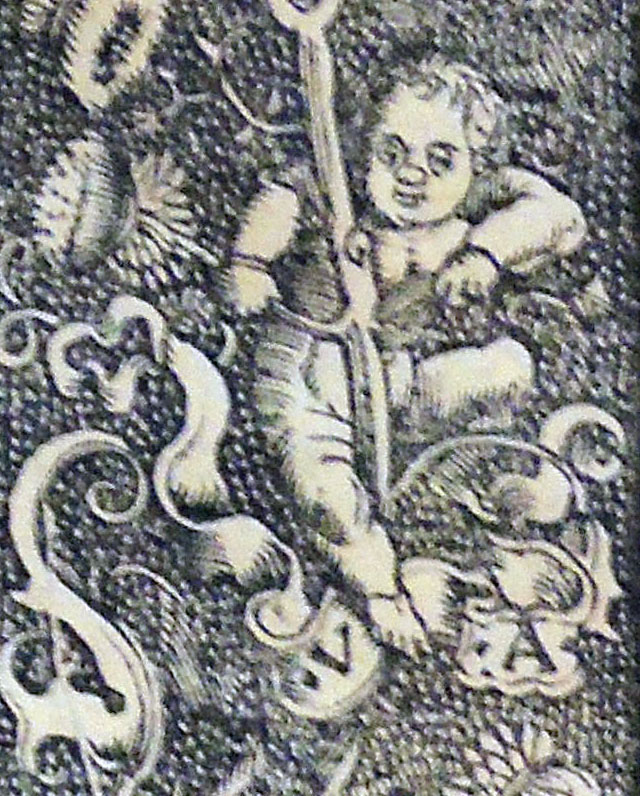 For more about the dotted manner technique, see also: Prints in the dotted manner and other metal-cuts of the XV century in the Department of Prints and Drawings, British Museum, edited by Campbell Dodgson …(London: Printed by order of the Trustees, 1937). Marquand Library (SA) Oversize NE55.L8 B709f