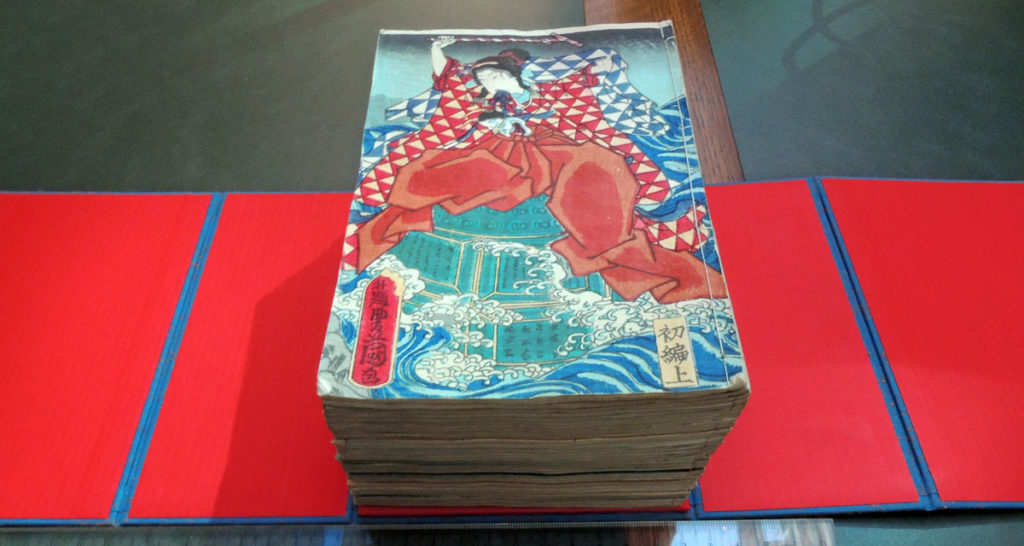 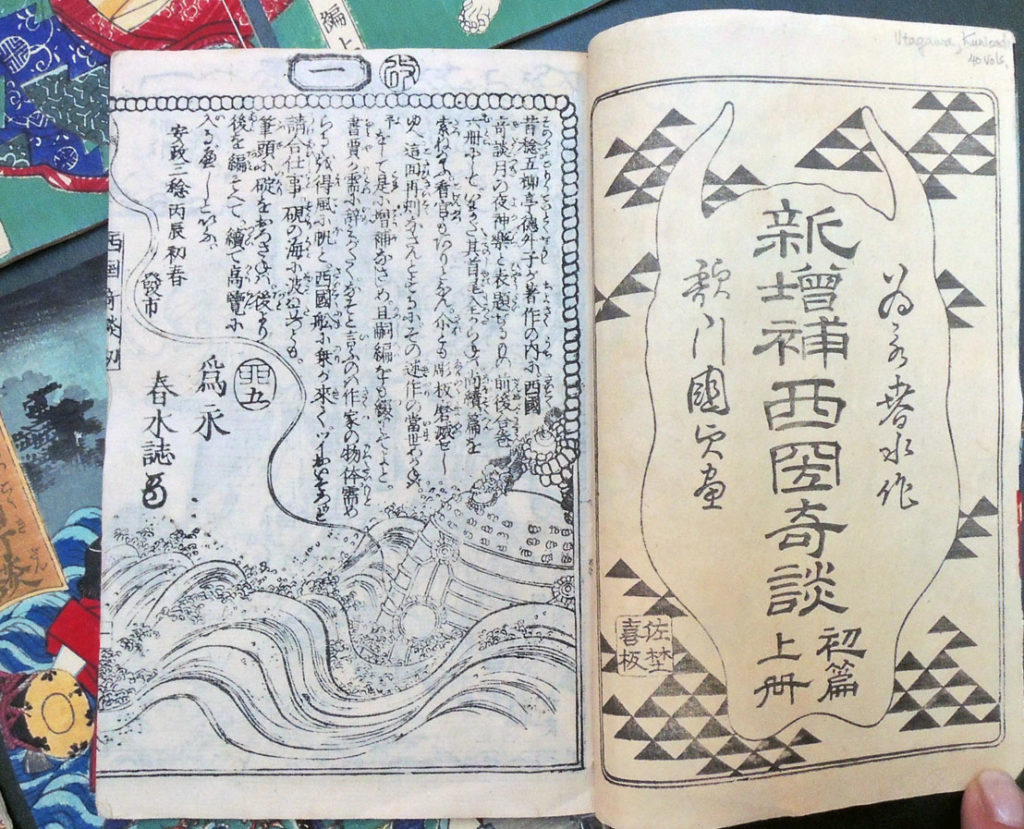 The Graphic Arts Collection recently acquired the first edition and a rare complete set of this beautifully illustrated example of gokan, a type of fiction of the kusa zoshi genre. According to The Princeton Companion to Classical Japanese Literature, “gōkan are popular illustrated stories and romances, prose narratives succeeding Kibyōshi, and flourishing sometime after 1807. By combining three or four sōshi into one gōkan unit, much longer stories were possible.” 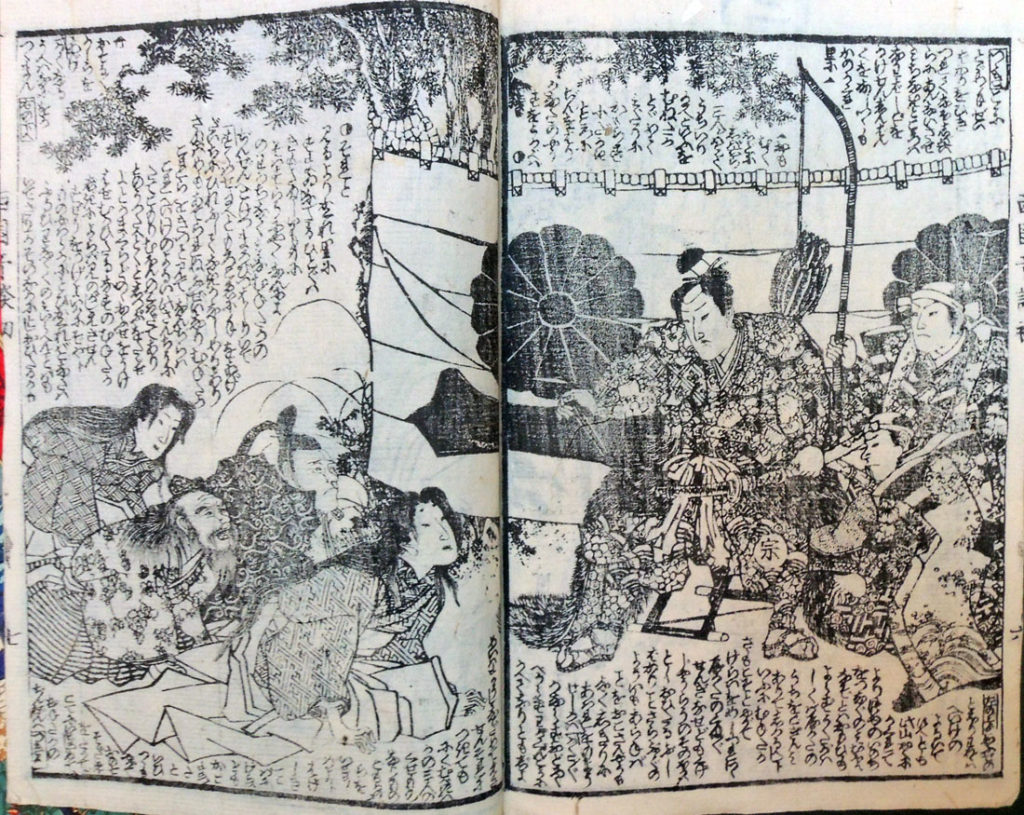 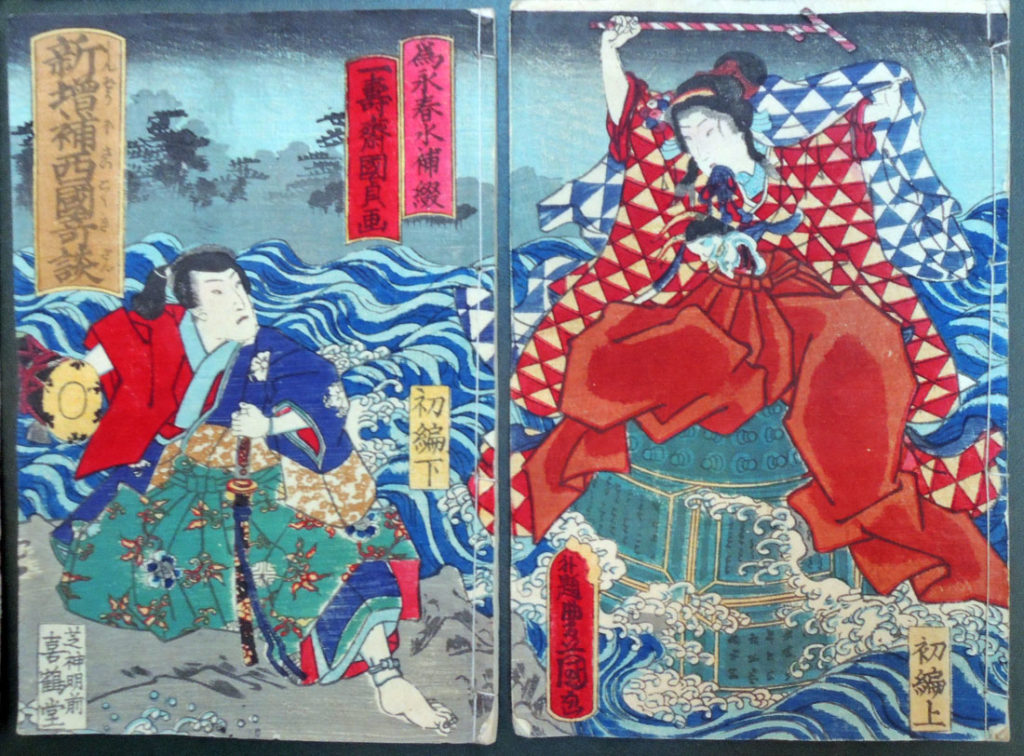 We are told that “these serial novels are usually characterized by their vividly colored pictorial wrappers upon which the artists’ names were given equal prominence with the name of the author on the covers, title-pages, and colophons. Each volume of a gokan contains ten sheets/twenty pages. The images are more sophisticated than those encountered in most earlier kusa zoshi and the texts far denser.”

Shunsui Tamenaga was the pen name of Sadataka Sasaki (1790-1844), one of the major writers of the Edo period. He is perhaps best remembered for Colors of Spring, the Plum Calendar, written in 1832-33. But he is also known for his humorous story Longevity, which was translated by Yei Theodora Ozaki for The Japanese Fairy Book (Westminster: Archibald Constable & Co., 1903). Cotsen Children’s Library (CTSN) Eng 20 28988. 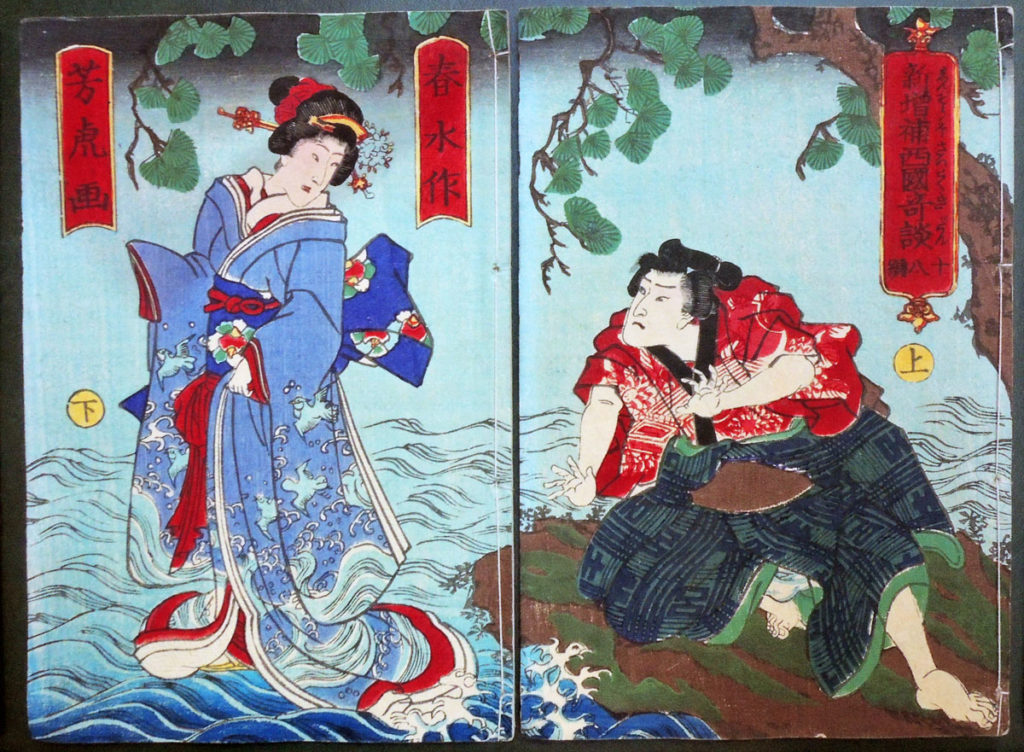 Kunisada II (1823-1880), successor to Kunisada Utagawa, worked in the style of his master and illustrated nearly 200 books. Each of the stories is in two parts, each with its own color woodblock cover that matches and completes the image on the cover of the other volume.

Our new collection is in remarkably good condition, given the popularity of these volumes and the simple paper cover. Even for those who do not read Japanese, the matching print covers are spectacular. 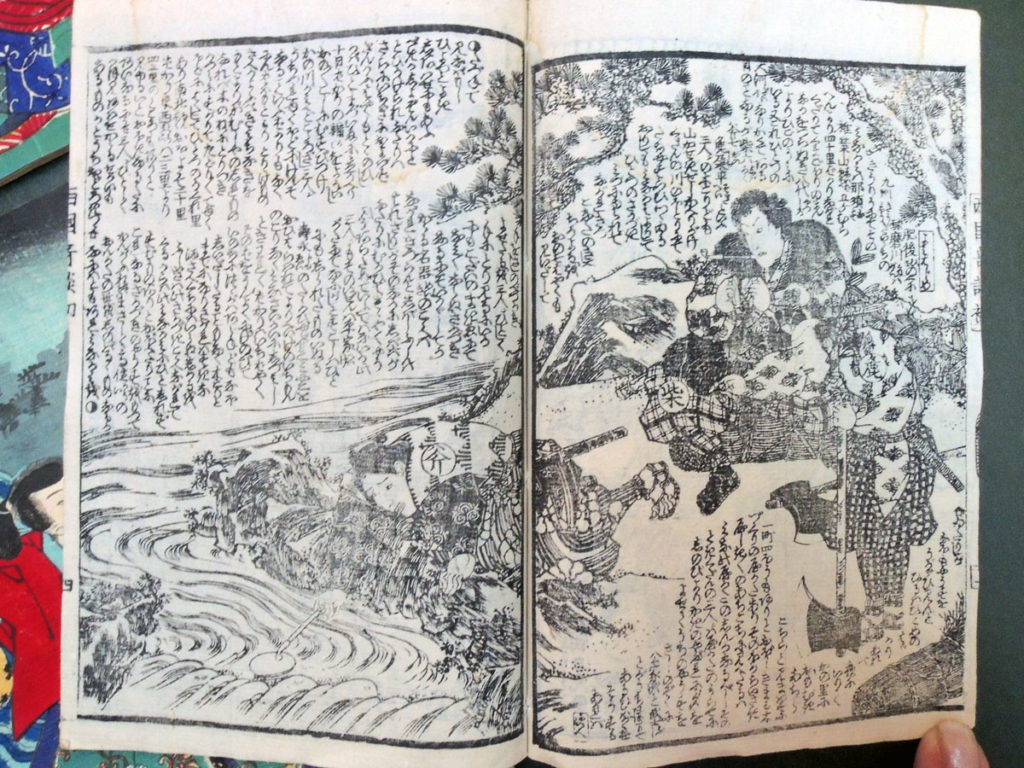 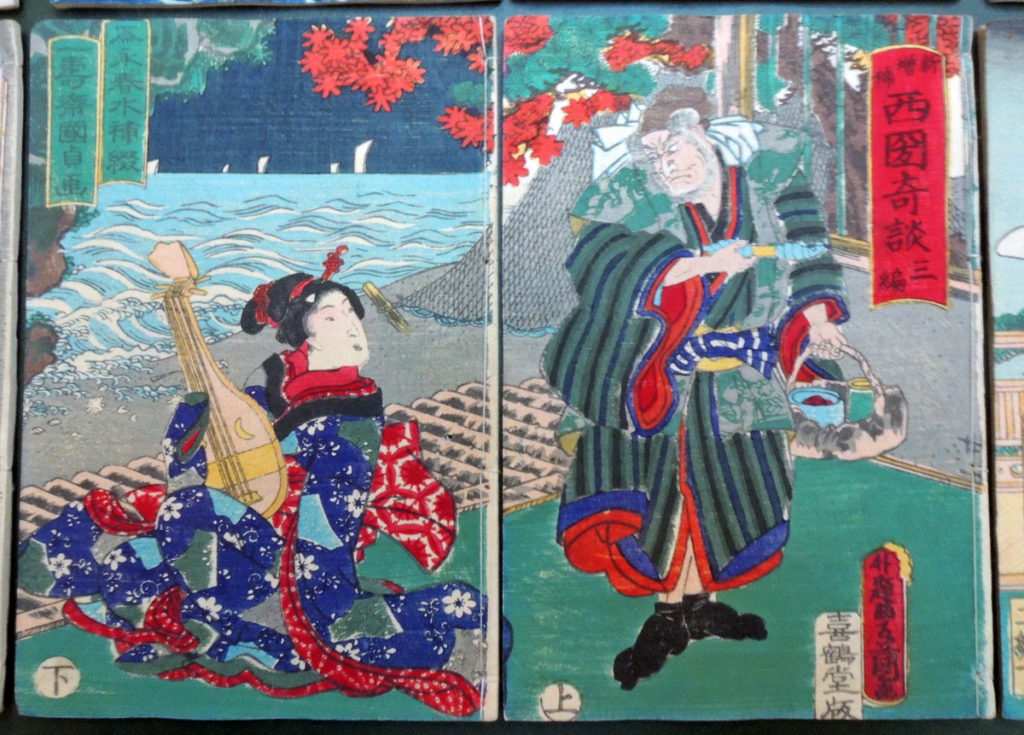