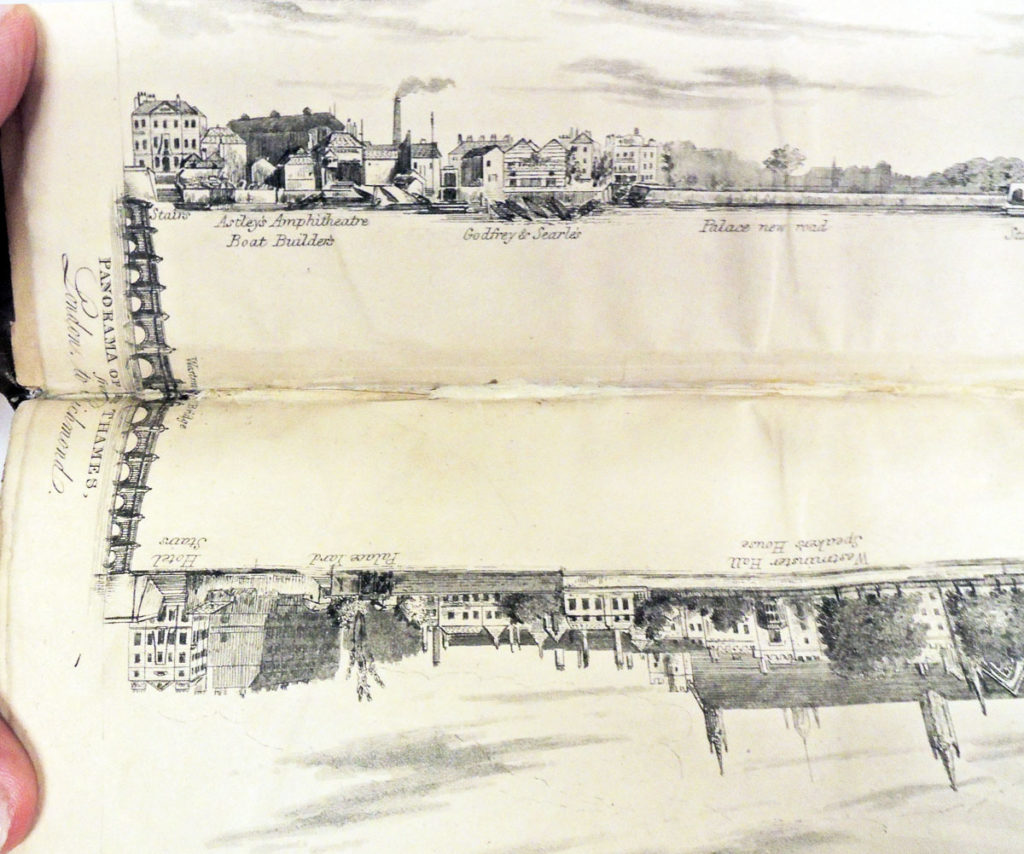 In 1966, American artist Ed Ruscha pieced together photographs showing both sides of the Los Angeles Sunset Strip from Beverly Hills and Laurel Canyon. The mile and a half stretch of road became a 24-foot-long leporello or concertina folded book, which he called Every Building on the Sunset Strip.

Nearly 150 years earlier in 1824, Scottish printmaker John Heaviside Clark (ca. 1770-1836) created 45 aquatinted etchings of the Thames River, showing the buildings and landscape on both sides from London to Richmond. The 15-mile stretch became a bound volume called Panorama of the Thames from London to Richmond. If it were unbound, the prints would extend 59 feet (18 meters). 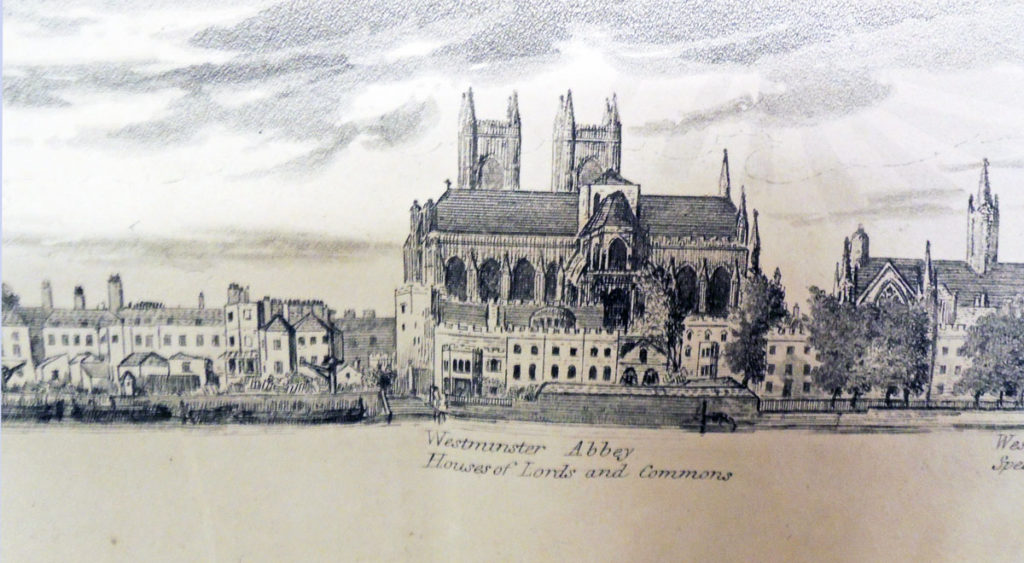 John Heaviside Clark was sometimes known as Waterloo Clark, after the drawings he made of the battlefield. He exhibited regularly at the Royal Academy and published A Practical Essay on the Art of Colouring and Painting Landscapes (1807); A Practical Illustration of Gilpin’s Day (1824); The Amateur’s Assistant, or, A series of instructions in sketching from nature (1826); Elements of Drawing and Painting in Water Colours; (1841)(GAX) 2003-0273N; and Friedrich Wilhelm Delkeskamp (1794-1872), Panorama of the Rhine and the adjacent country from Cologne to Mayence (ca. 1830)(Ex) Oversize 2008-0020Q. 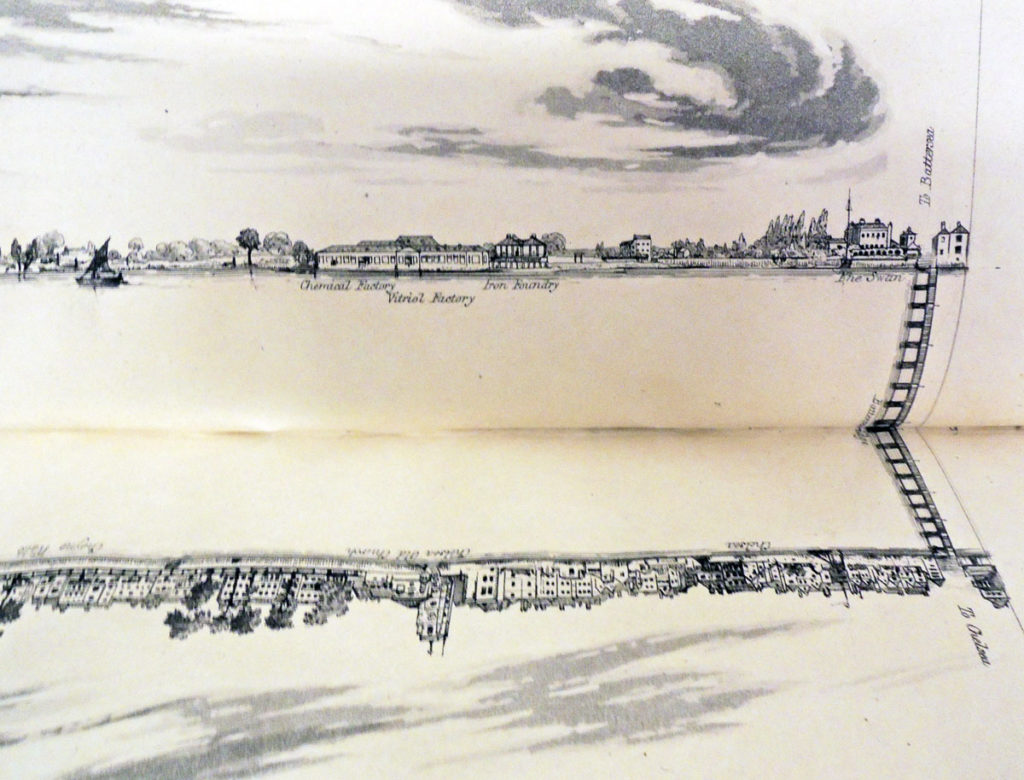 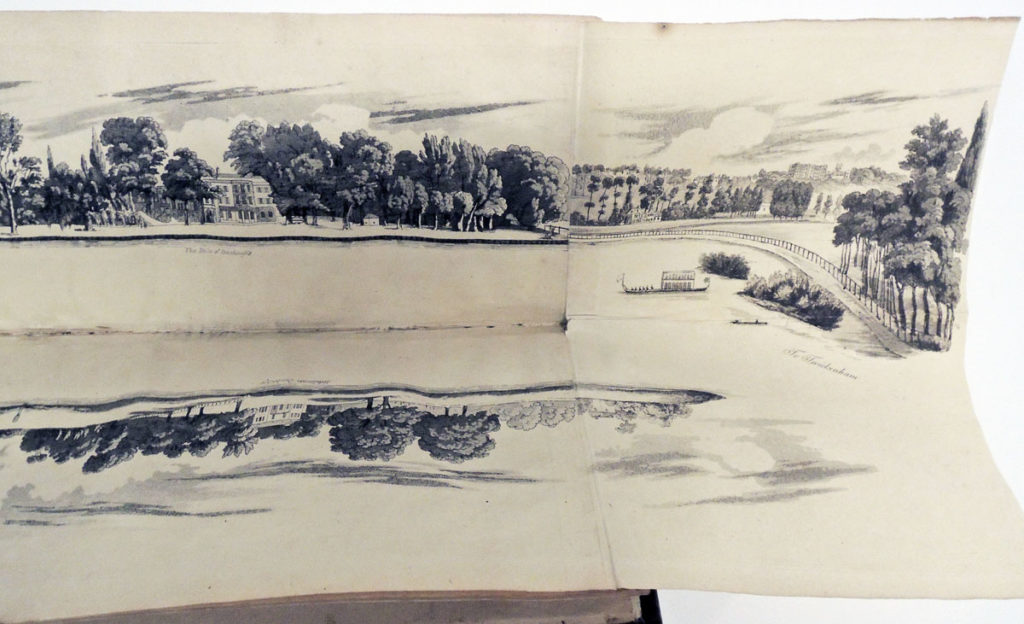