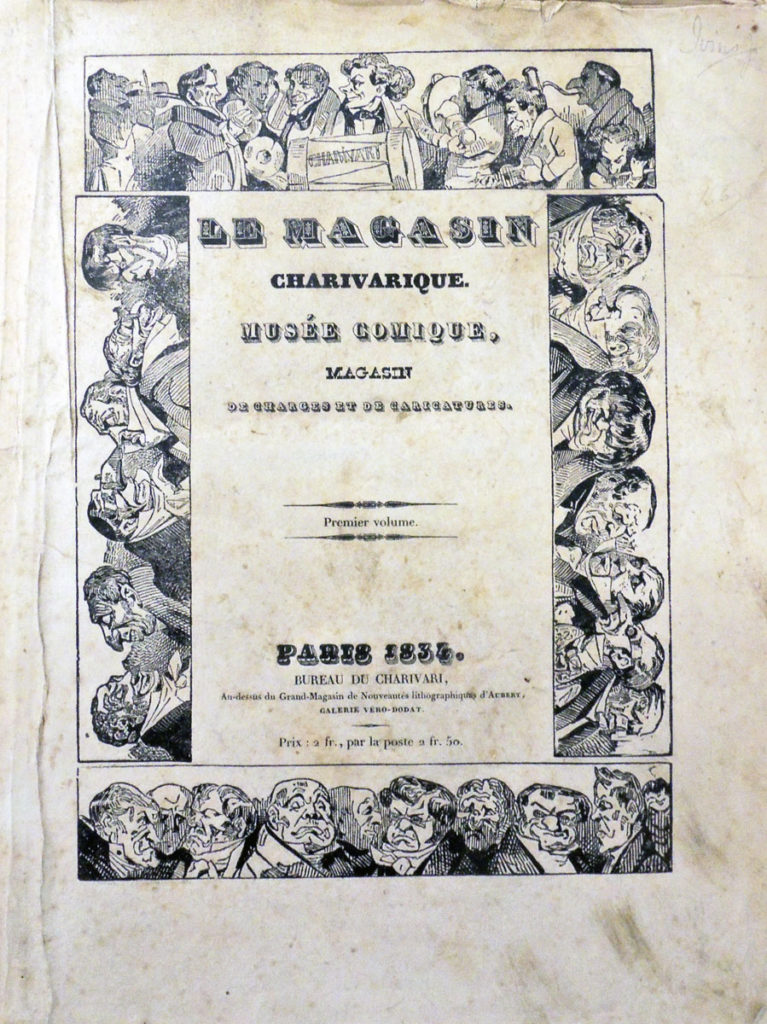 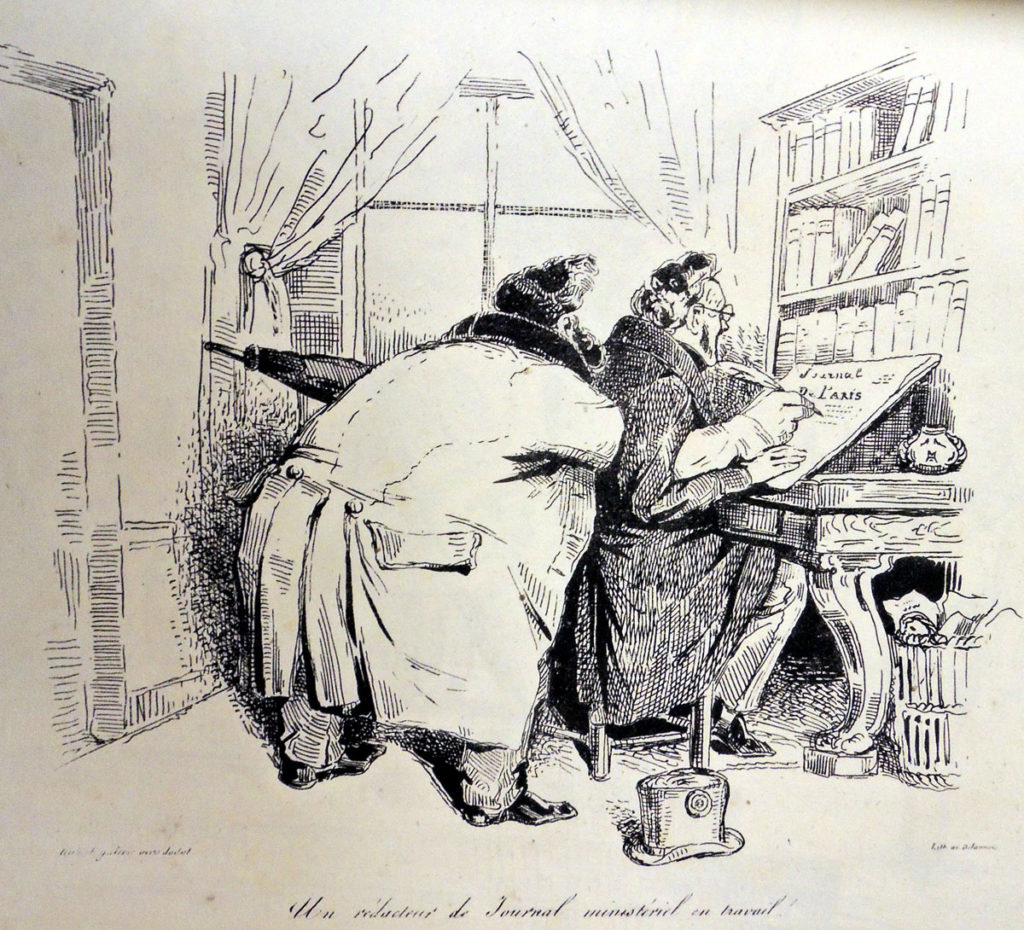 “The only large cuts that Daumier made, aside from two or three odd ones like Le Carnaval and Le Compliment, that came out in the Charivari, are the series of ‘chalk plate’ caricatures that the Charivari published in the early 1830s, many of which subsequently appeared, printed carefully on one side only of good paper, in the Magasin Charivarique . . . In certain ways, these two series exhibit him at the height of his prowess. For sheer brutal dominant power of presentation there are few things to be found in the history of the relief print finer than a number of the early chalk plates” –William Ivins, “Daumier,” in The Colophon, part V, 1931. 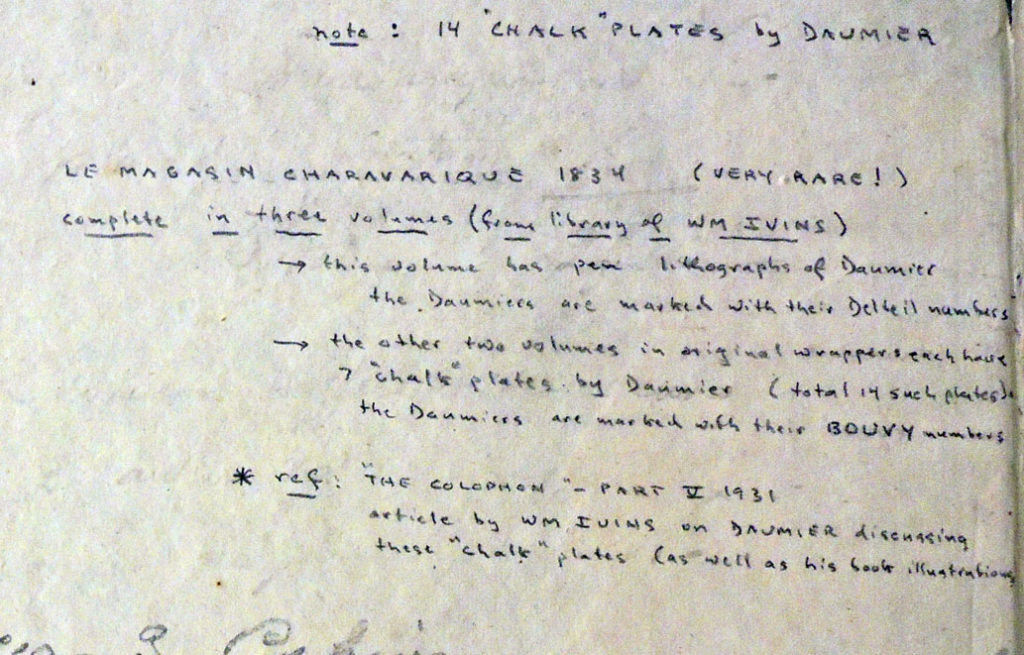 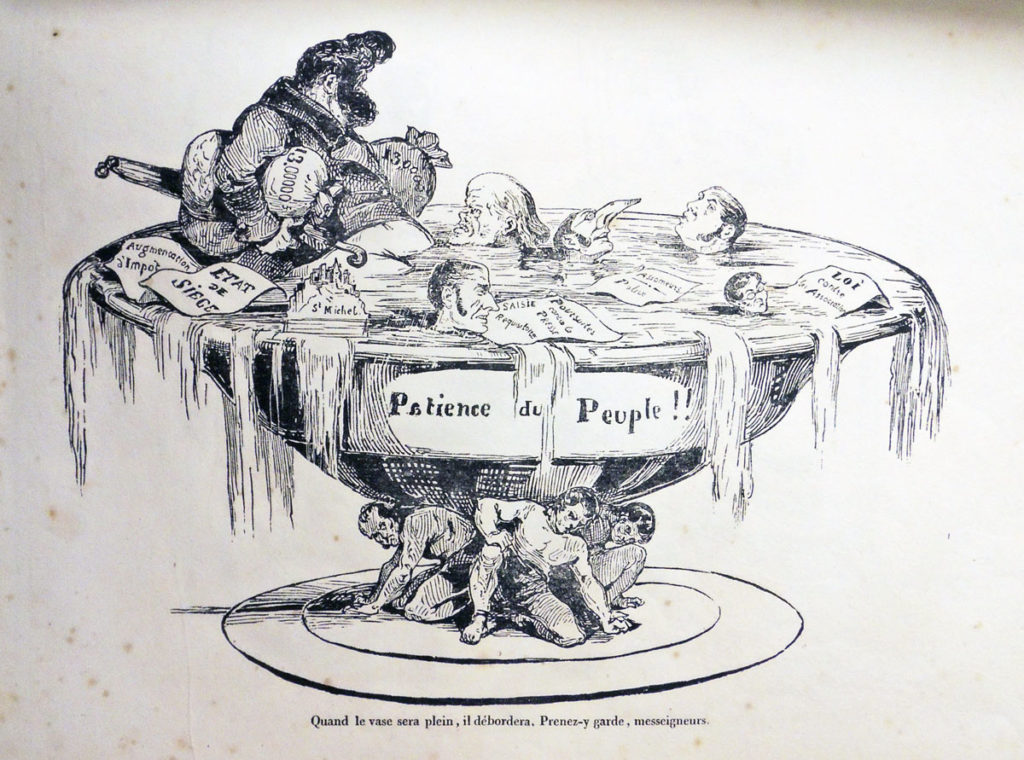 When the vessel is full, it overflows. Monseigneurs, take care. 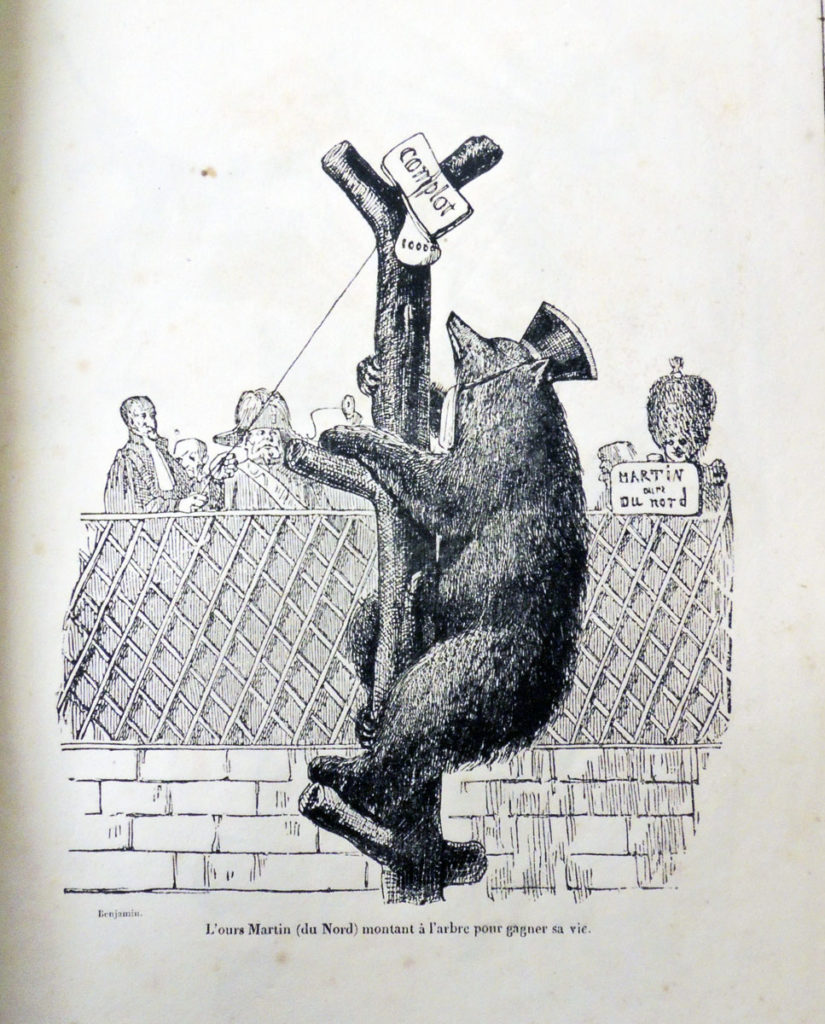 A caricature of the French magistrate Nicolas Martin du Nord (1790-1847) as a bear climbing a tree labeled conspiracy “to earn his living.”