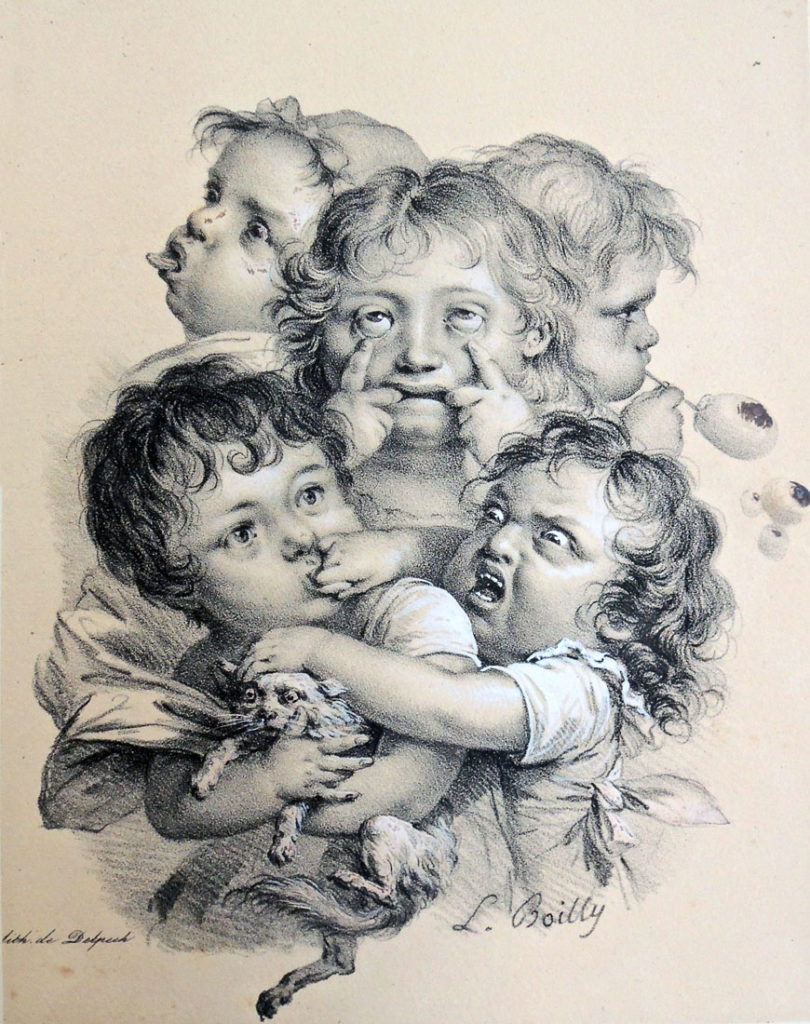 Like many international print collections, Graphic Arts held a couple satirical prints after the French painter Louis-Léopold Boilly, acquired here and there over the years. One was even used at the top of this blog for a while. We have now acquired the original complete bound set of Boilly’s lithographs known as A Collection of Grimaces, including a title page and 95 prints published between 1823 and 1828.

“Long active as a genre painter and portraitist, late in his career Boilly began a series entitled Recueil de Grimaces that comprised ninety-six lithographs showing tight clusters of heads set against blank back-grounds. The first few prints were mainly studies of expression, but he soon extended the images into representations of social types ranging from beggars to art connoisseurs. These extremely successful social satires served as important sources for caricaturists of the following decades, including Honoré Daumier.” —Infinite Jest: Caricature and Satire from Leonardo to Levine (2011)

Here are a few samples: 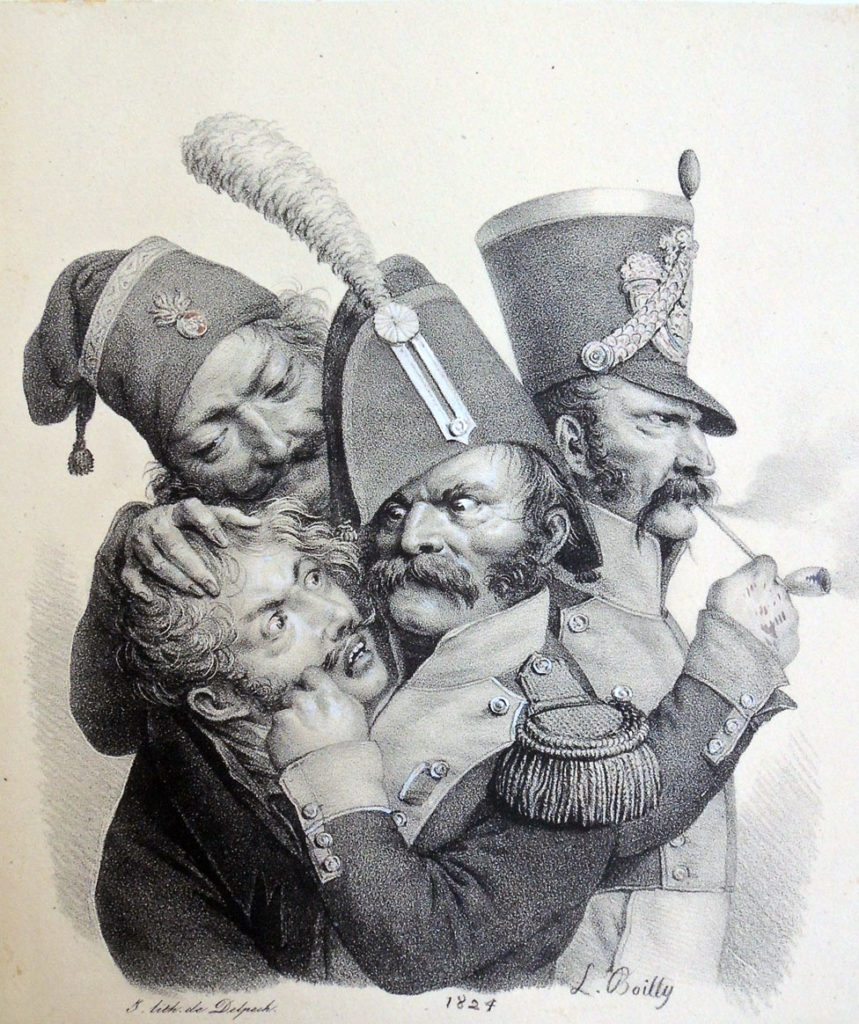 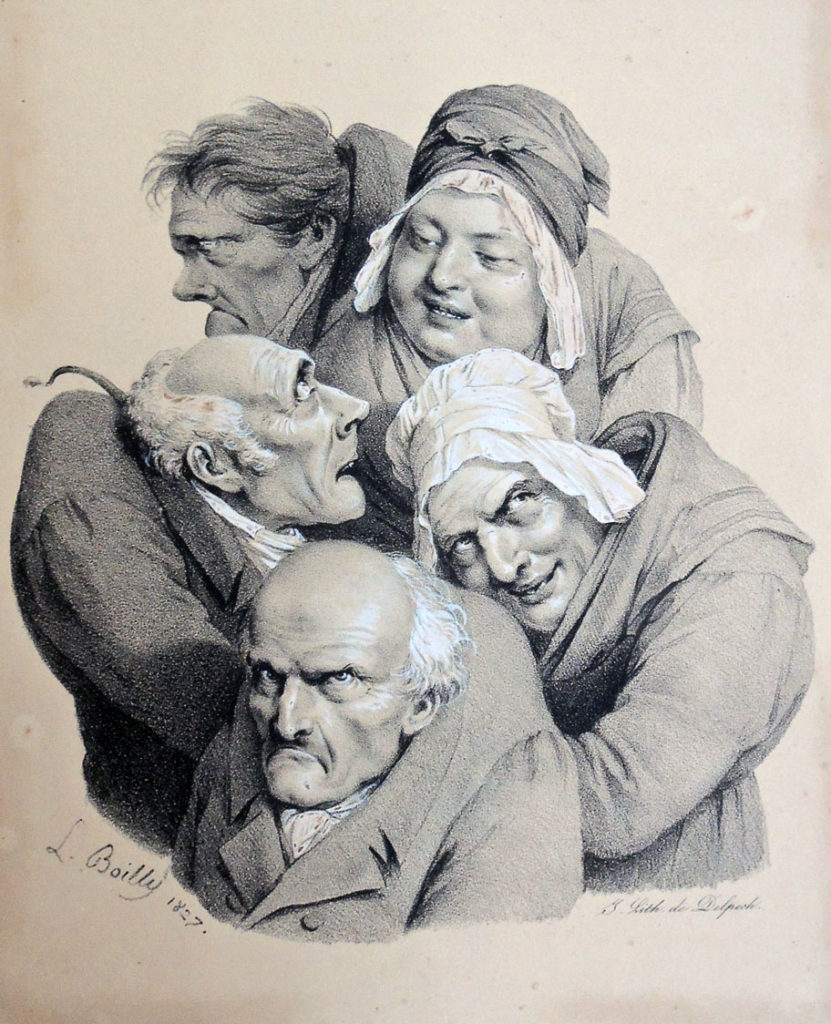 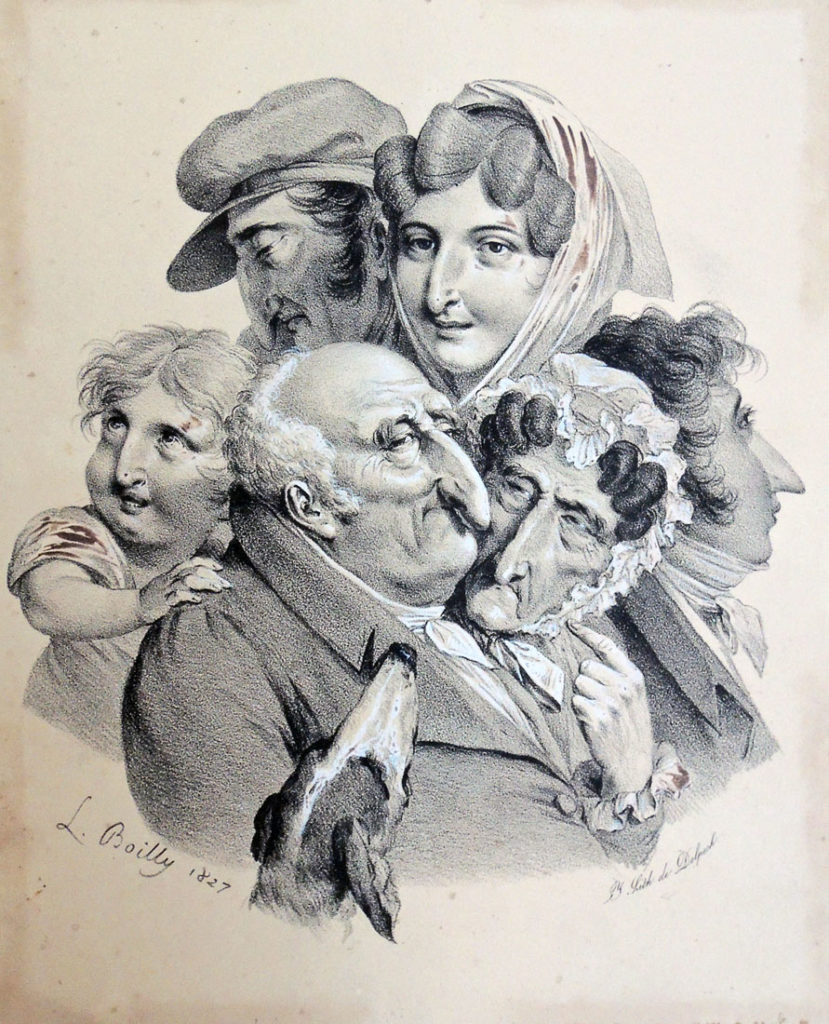 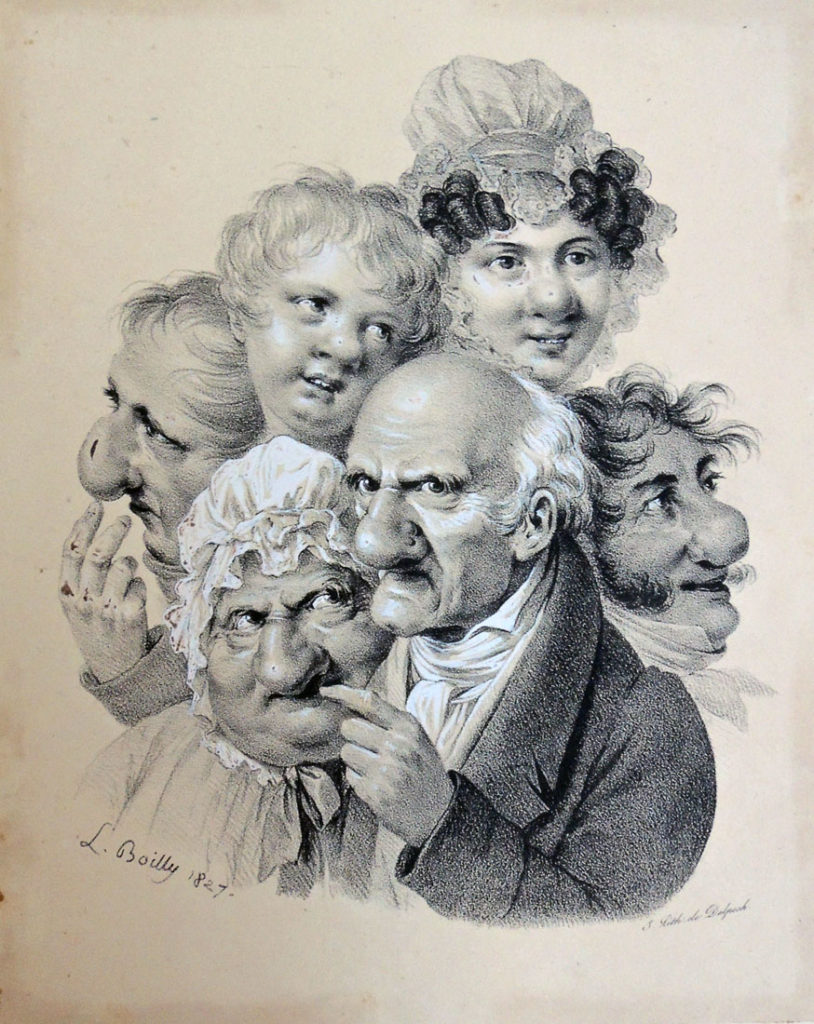 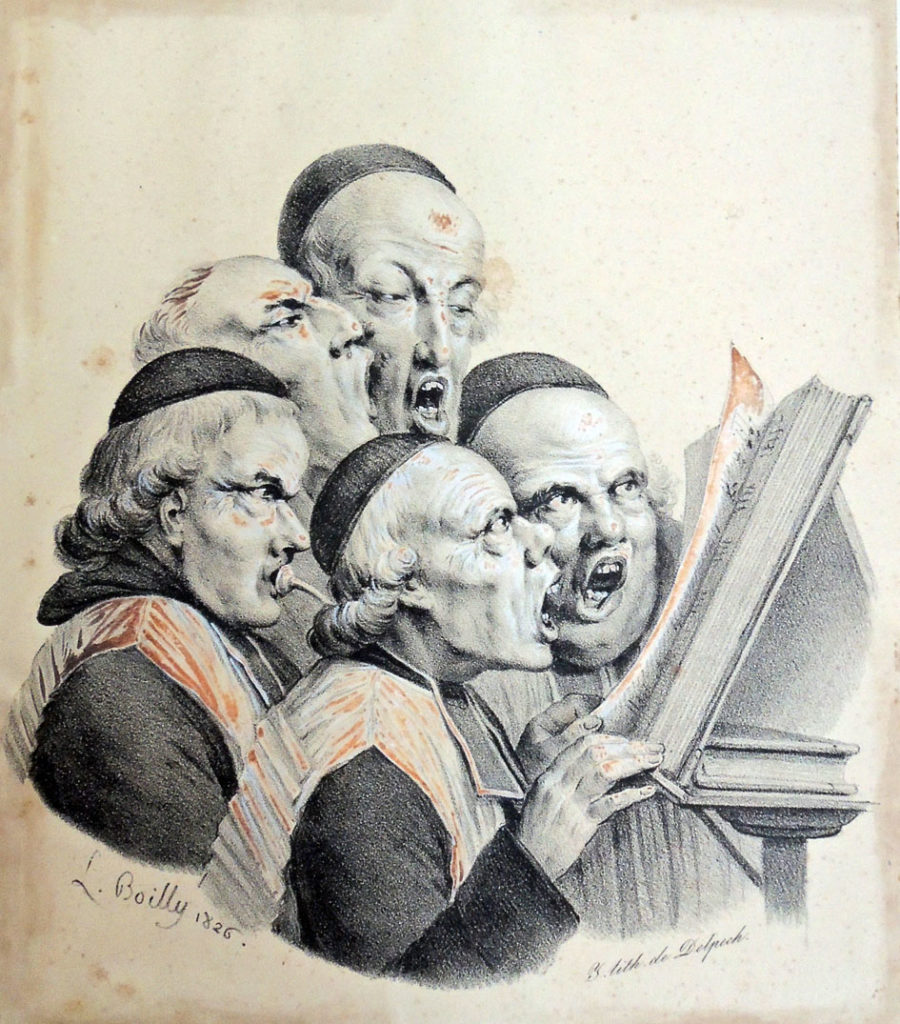 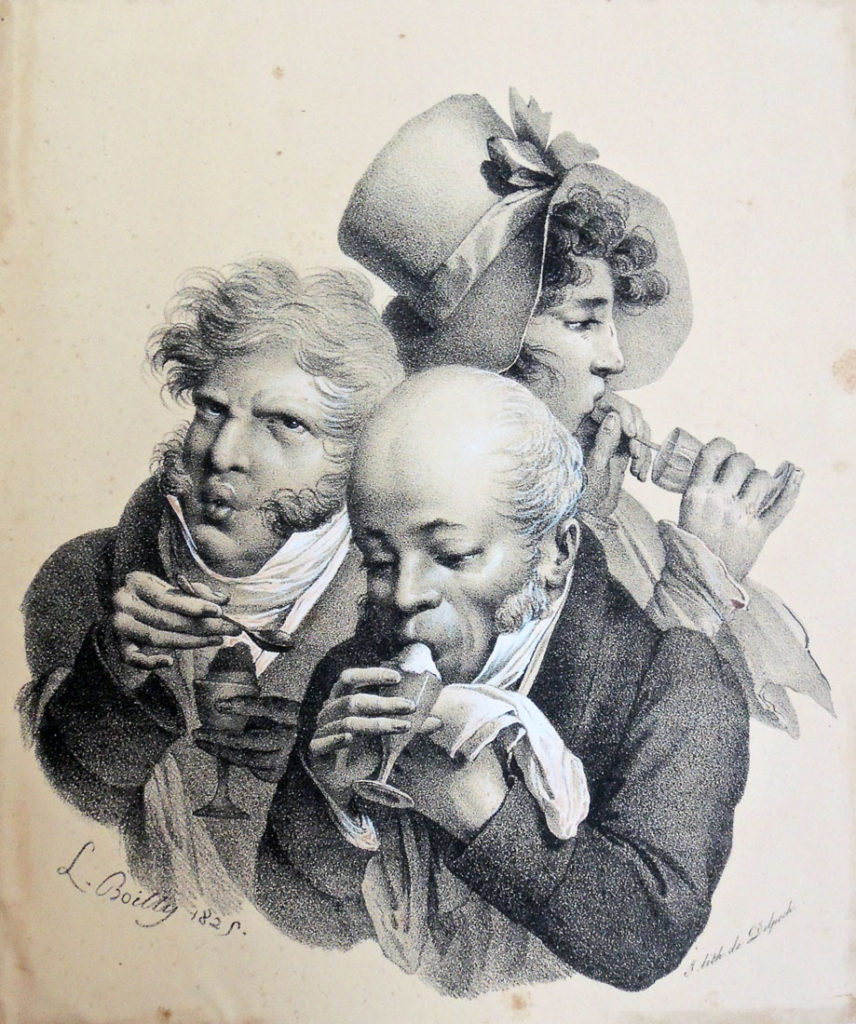 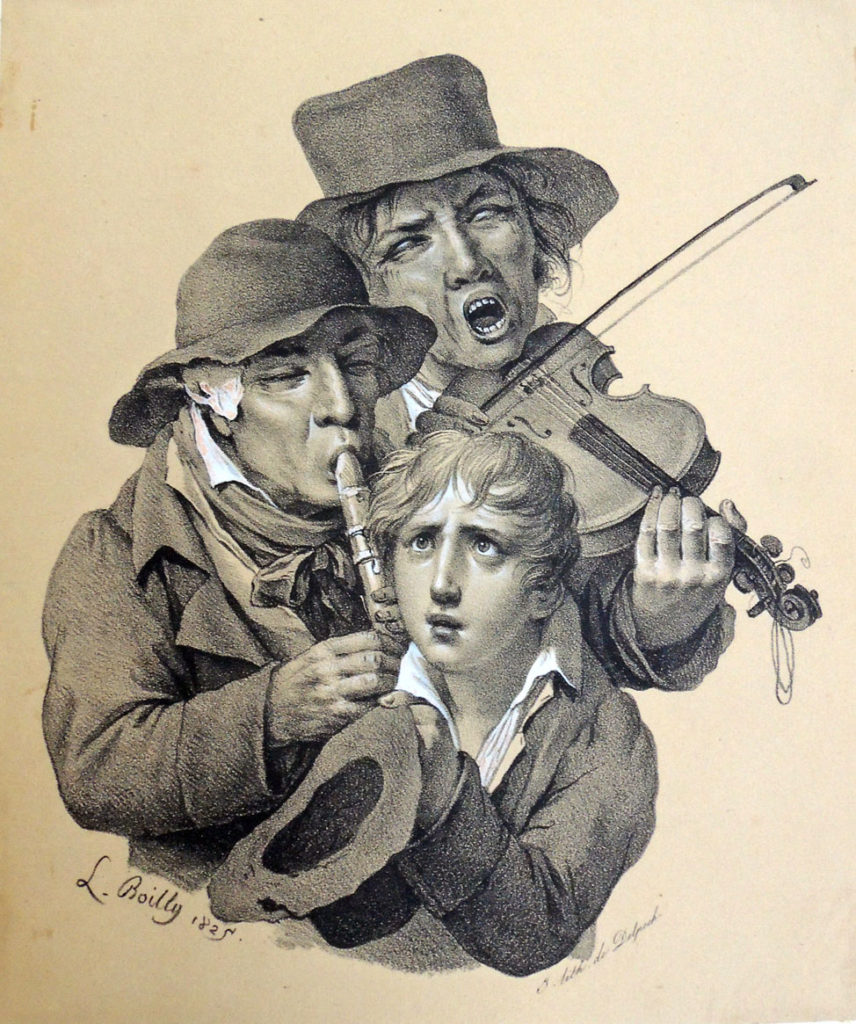 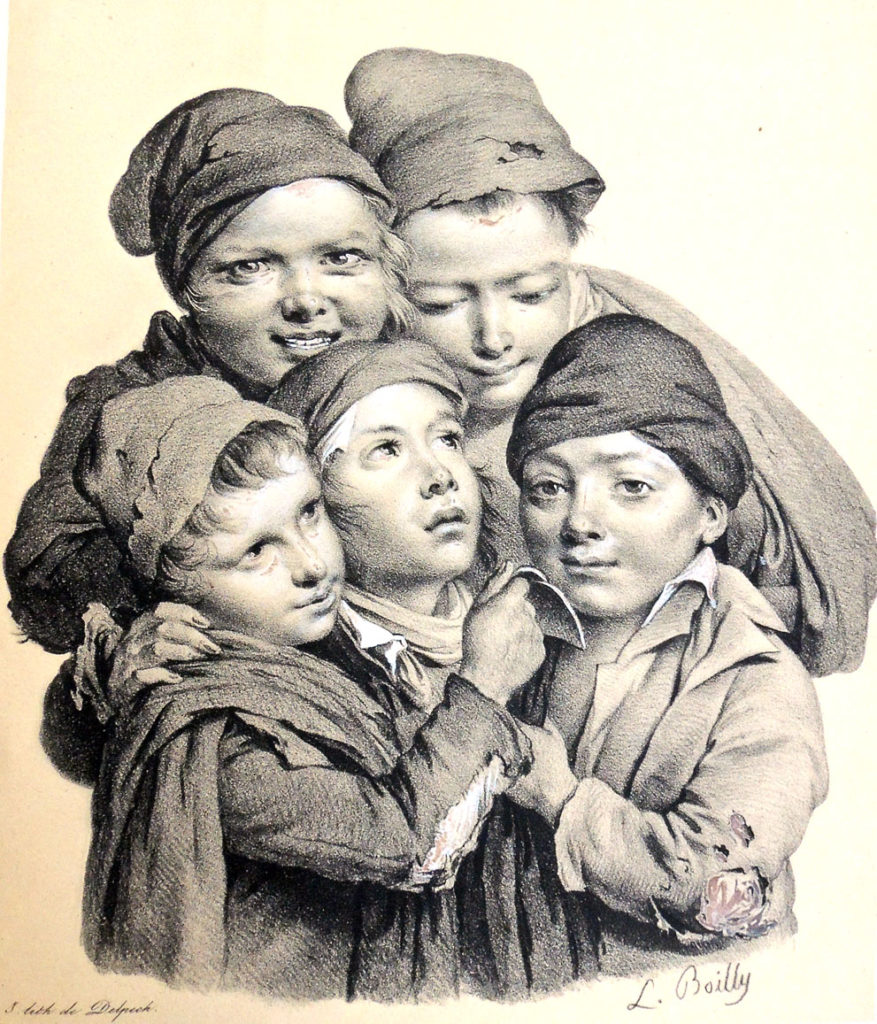