Established in 1796 by Jean-Charles Pellerin (1756-1846), the Imagerie d’Épinal (or Imagerie Pellerin) published tens of thousands of popular prints, illustrated books, comics, and other colorful stenciled material. 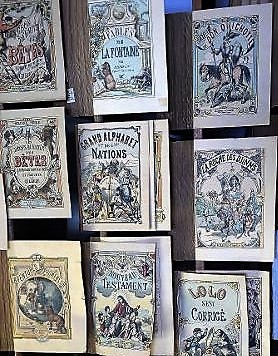 After years as an antiquarian novelty, entrepreneurs Pacôme Vexlard and Christine Lorimy purchased the company in 2014, changed the name to Images d’Épinal, and began printing new images.

Young artists are being commissioned to design prints, clothing, and home furnishings, while many of the original lithographic stones are being reinked and editioned. Shops through Europe and nearby in New York City now carry their colorful products.

In conjunction with the local university École supérieure d’art de Lorraine (ESAL) students are being trained to use the traditional machinery, including the only two surviving stenciling presses, known as L’Aquatype. There is even hope for a masters program in printmaking.

New editions are in the works, thanks to 7,000 lithographic stones, hundreds of tin stencils, and studios filled with classic tools. 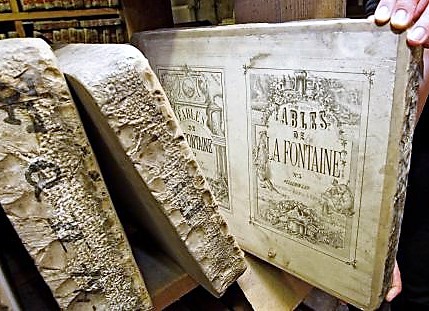